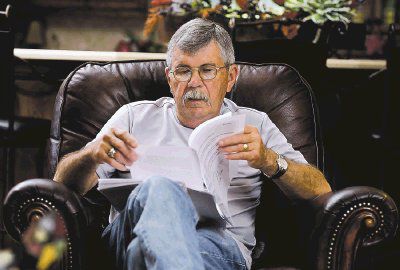 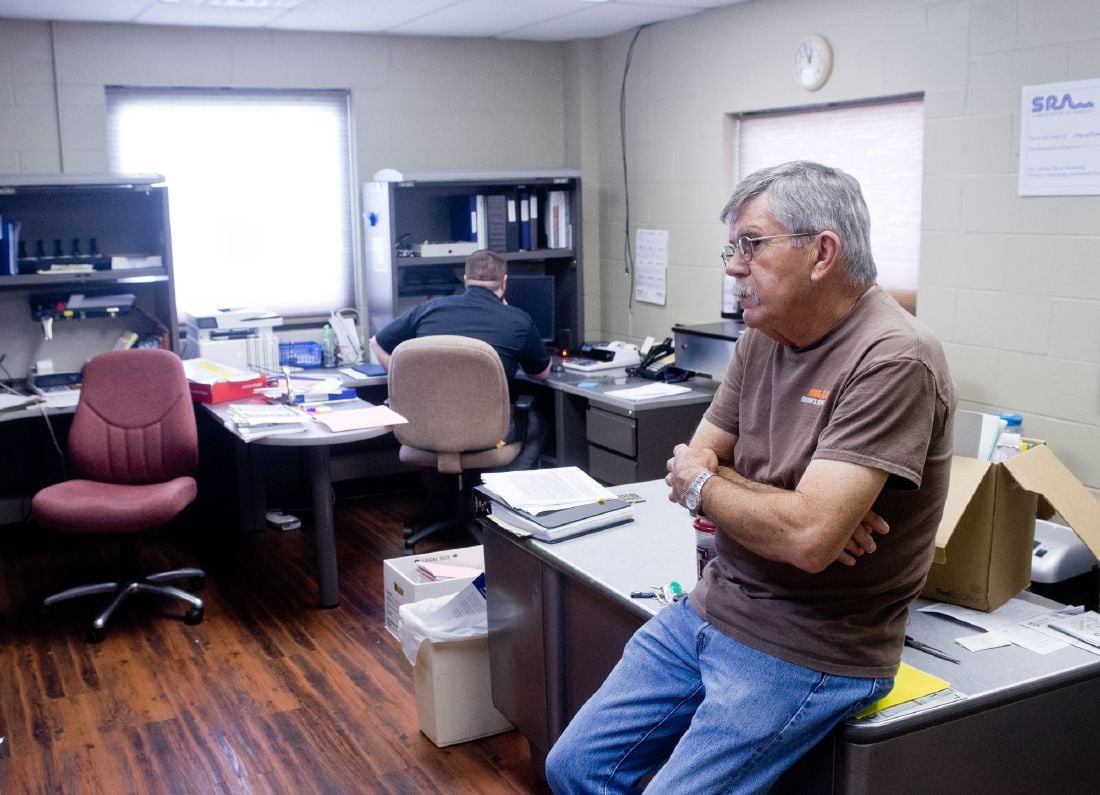 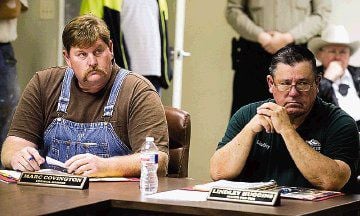 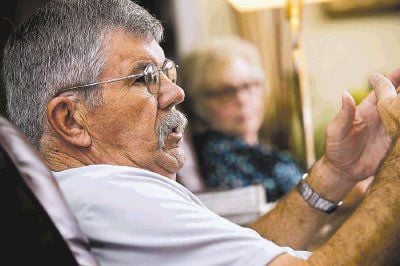 EAST MOUNTAIN — As East Mountain officials look toward 2018, they say they see a bright future for the town as it continues a process of financial recovery.

"The city, it's going to be OK," Mayor Marc Covington said Thursday.

That's a statement that Covington was unable to make in May when he took over as mayor during a meeting in which the City Council changed hands and nearly all city employees resigned amid changing passwords to municipal computers.

All of that resulted in East Mountain temporarily shutting down as the new officials sought help in recovering the city's computer systems, which contained all municipal records — financial statements, judicial records and water system billing.

Ronnie Hill, a former East Mountain mayor who is part-time city manager, said that when the computer systems were recovered, officials realized the situation was bleak.

"There were so many past due bills," he said.

Covington estimated the city paid more than $50,000 in past-due bills that included some state-mandated fees.

Additionally, a series of lawsuits and settlements with former employees had resulted in the city's funds being nearly depleted.

Today, East Mountain operates with a small crew, but its City Hall is open 9 a.m. to 5 p.m. Mondays through Fridays. It has a full-time city secretary, who works in the office, accepts water bill payments and the seldom judicial payment. Then there's Hill, who works about eight hours per week.

As the city has caught up on its bills, additional revenue is being put into city projects.

Covington said East Mountain has contracted for road work on several streets, including East Mountain Road north in front of the church in town, Circle Ridge and Medlin Road.

And that road work was the first the city had seen in years, Hill said, as most of its funds previously went to payroll to finance a large police force.

Now, the city does not have its own police force; instead it is served by the Upshur County Sheriff's Office and the Texas Department of Public Safety.

Covington and Hill said the arrangement for shared services with Upshur County is working well. Under the arrangement, the county gets to use East Mountain's former city office for its drug task force. That's resulted in sheriff's deputies being in the city much more often, Hill said.

Covington said he expects East Mountain to continue sharing services with Upshur County for the foreseeable future, though he said the City Council likely soon will begin to open up discussions about whether to bring back a police force.

But even if it does, residents won't see the same number of officers that once were employed. Under former police Chief Betty Davis (now Betty Charlson), the city had as many as eight officers — a mixture of full-time, part-time and reserve — on its roster, according to the Texas Commission on Law Enforcement.

To accommodate all of the officers on its force, the former City Council spent money on several police vehicles, including a Hummer.

The Hummer, he said, went to Harris County during Hurricane Harvey recovery efforts.

East Mountain has one large project coming up for which Hill said the city is pursuing grants.

The Texas Department of Transportation intends to begin widening FM 1844 between Gilmer Road and Judson Road in 2018, Hill said. East Mountain has a water line that runs under FM 1844 that must be moved off of the state right of way and onto private property, Covington said.

The city is pursuing grants to assist with the funding, he said.

The city also still faces a federal civil rights lawsuit that has not gone to court. In the lawsuit, filed in the Eastern District of Texas, resident Ken Miller claims he was assaulted, falsely arrested and jailed, maliciously prosecuted, had his property destroyed and stolen, was defamed, terrorized and threatened by elected officials and peace officers for years in East Mountain.