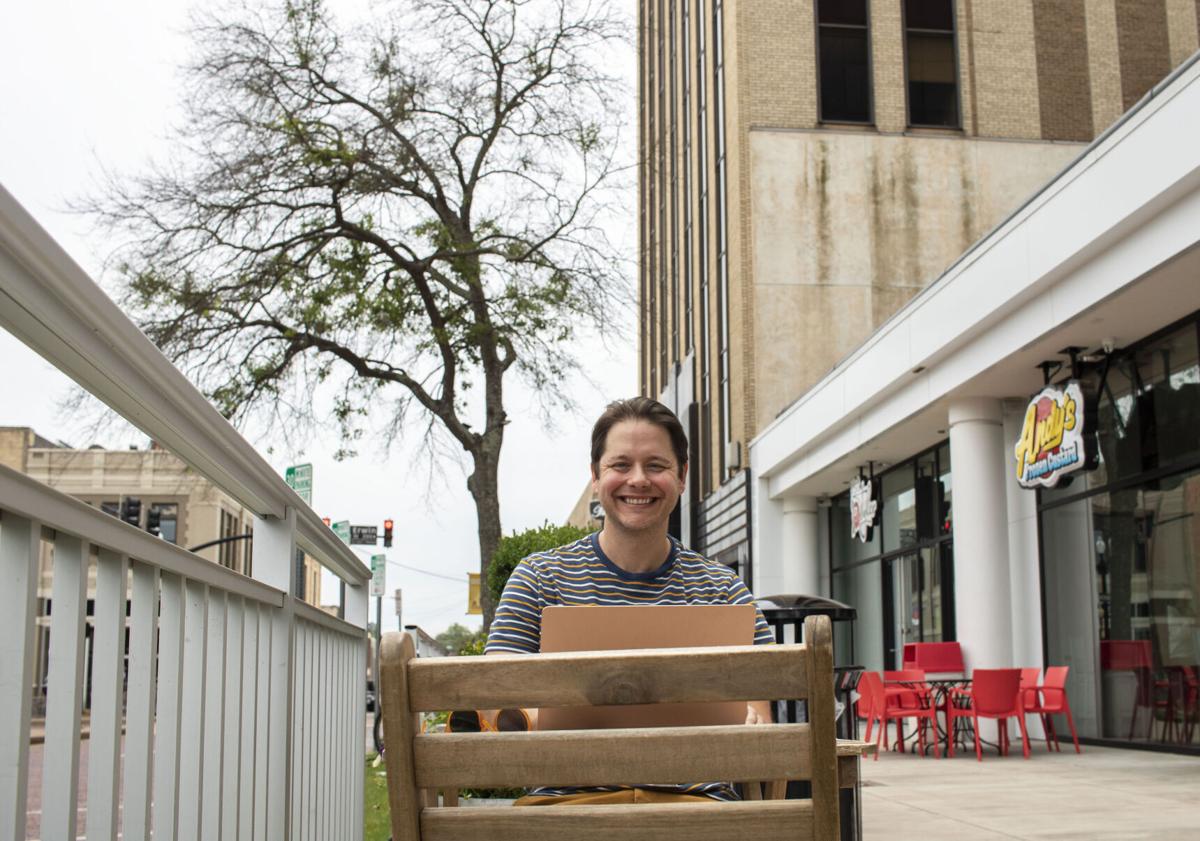 Lindale High School graduate Houston Hill is seen this week in downtown Tyler. Hill is a producer of the film “12 Mighty Orphans,” which is set to open in theaters this week. 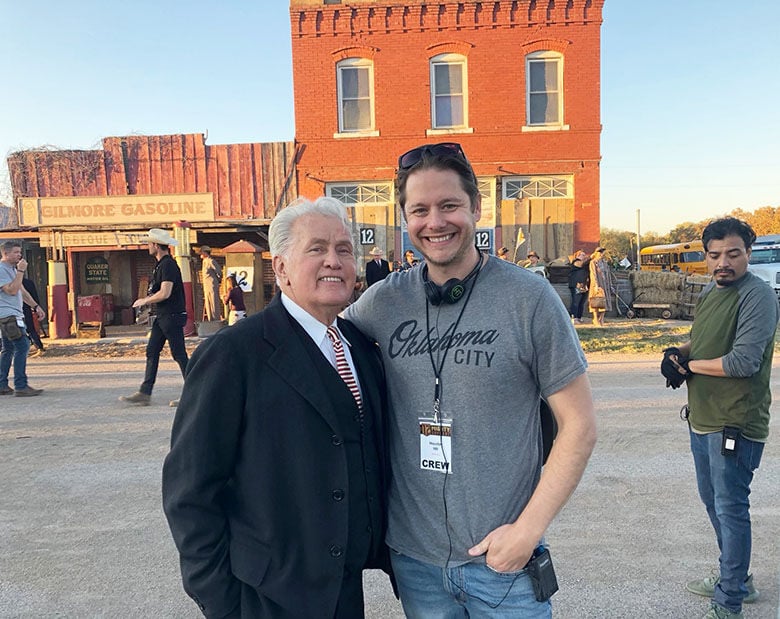 Lindale High School graduate Houston Hill is seen with actor Martin Sheen on the set of “12 Mighty Orphans.” Hill was a producer of the film.

Lindale High School graduate Houston Hill is seen this week in downtown Tyler. Hill is a producer of the film “12 Mighty Orphans,” which is set to open in theaters this week.

Lindale High School graduate Houston Hill is seen with actor Martin Sheen on the set of “12 Mighty Orphans.” Hill was a producer of the film.

“12 Mighty Orphans” tells the true events of the Mighty Mites, a football team at a Fort Worth orphanage that, during the Great Depression, went from playing without shoes — or even a football — to playing for a state championship, according to the information about the film.

Hill, who is from Dallas, was raised in Wills Point. However, the opportunity came up to continue playing football under coach Mike Meador at Lindale High School. Meador had coached Hill at Wills Point, but when he accepted a position at Lindale High, Hill’s family packed up and moved so that Hill could continue pursuing his football career under Meador.

“Growing up at the high school in Lindale, they had theater, but they didn’t really have the arts at that time,” Hill said. “I was more focused on sports and stuff like that, but growing up, I always had an affinity for sports movies and would rather be watching movies than out playing sports.”

At the time Hill was in high school, “Remember the Titans” came out and quickly became his favorite movie. Also based on a true story, the movie inspired Hill to continue in his football career. Not only was it his favorite film, but his friends nicknamed him Sunshine, after the main character in the movie who also was a quarterback.

After playing football at Lindale, Hill graduated and attended Texas State University, where he played football until he got hurt. He moved back to East Texas and attended Tyler Junior College for a semester, where he made the decision to leave football.

According to Hill, he was tired of being hurt and just realized he couldn’t do it anymore.

“I think I realized I didn’t want it that much. Even though I had spent my whole life preparing to play sports, after doing it my whole life, I realized after a year in college, playing that elite level, this is not for me,” he said.

He began his next step by taking a theater class at TJC.

“It was all new to me. It was totally different people that I had been used to being around growing up, just in sports. They were more creative people, more diverse people. To me, it was interesting and being from a small town, getting to be around other people was inspiring,” he said.

He said he would watch movies at home then try to perform monologues from those films during class.

“It was instrumental to me, to realize, ‘OK, this is what I should start doing,’ ” he said.

Hill also had aspirations of becoming an actor, so when he graduated college, he moved to Los Angeles and began working on creating his own opportunities.

“I started making short films, directing, producing,” Hill said. While working at a hotel as a bellhop, he was able to sustain himself financially while working on his projects.

He began to get his producing experience when he traveled to Mexico City to license movies and buy them in the United States. Hill didn’t know it then, but he was gaining skills that would be useful in his career — producing, licensing and everything that goes into making a film.

“12 Mighty Orphans” is by far the biggest movie Hill has produced.

When filming was finished in 2019, the COVID-19 pandemic hit soon after.

“When we were finally picked up by Sony Pictures Classics, we were just happy we found a home for it, and Sony is not only a great studio, but they’ve made some of my favorite prestige films. So when they told us they were going to release it in almost 600 theaters, we were kind of in shock,” Hill said.

Amid threats of theaters going away, Hill said it’s more special to him to have a movie premiering this year.

Hill sought out the book “12 Mighty Orphans” and raised the money to auction the rights for it. He hired the writer, director and casting director. He shot the movie, found a sales agent to sell the film, and he dealt with investors, actors and unions while overseeing the project day-to-day as well.

Today, Hill co-owns a production company, Santa Rita Film Co., and was lead producer of “12 Mighty Orphans.” His partner and co-owner, Ty Roberts, and Hill now are working on filming a true story in Kilgore.