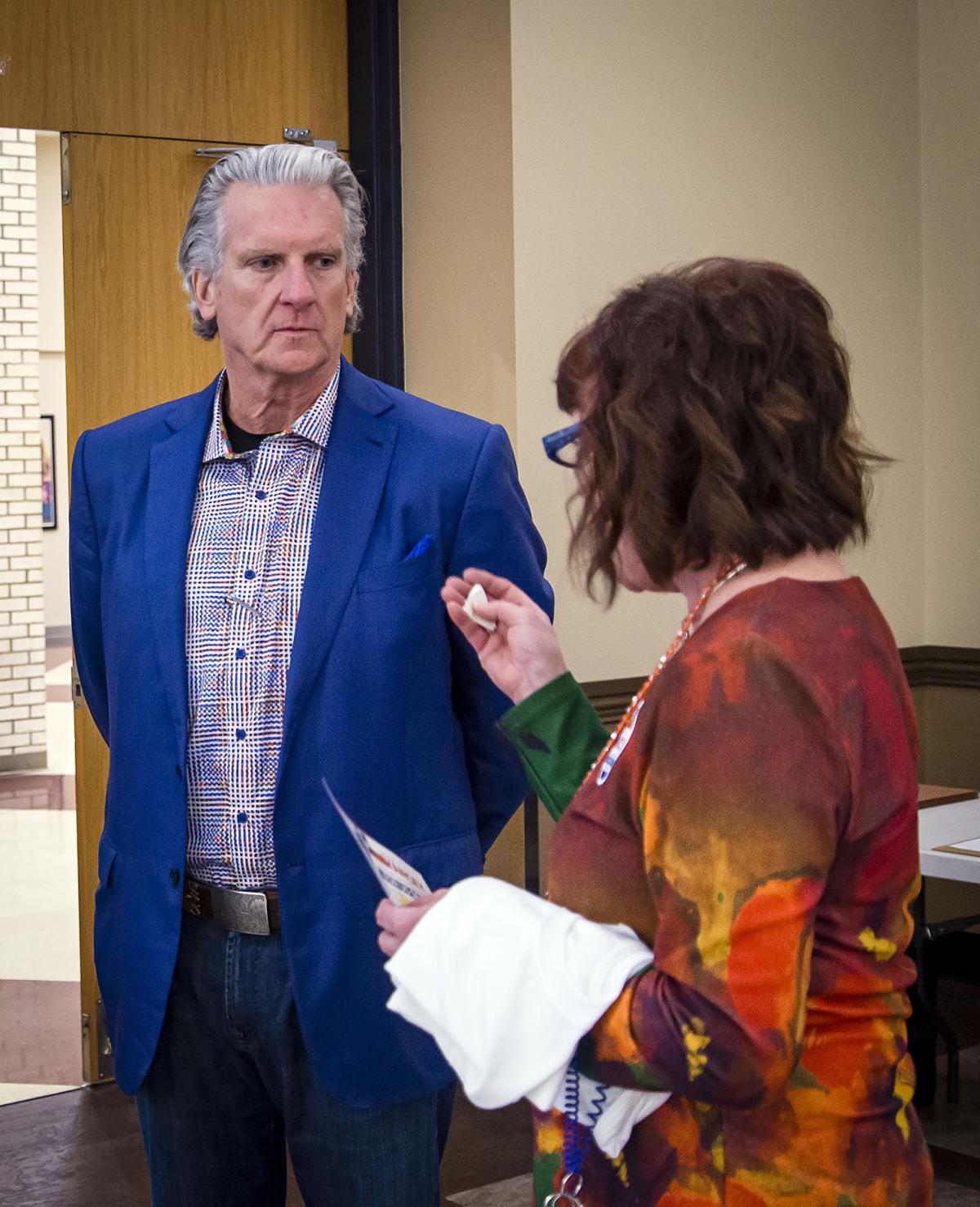 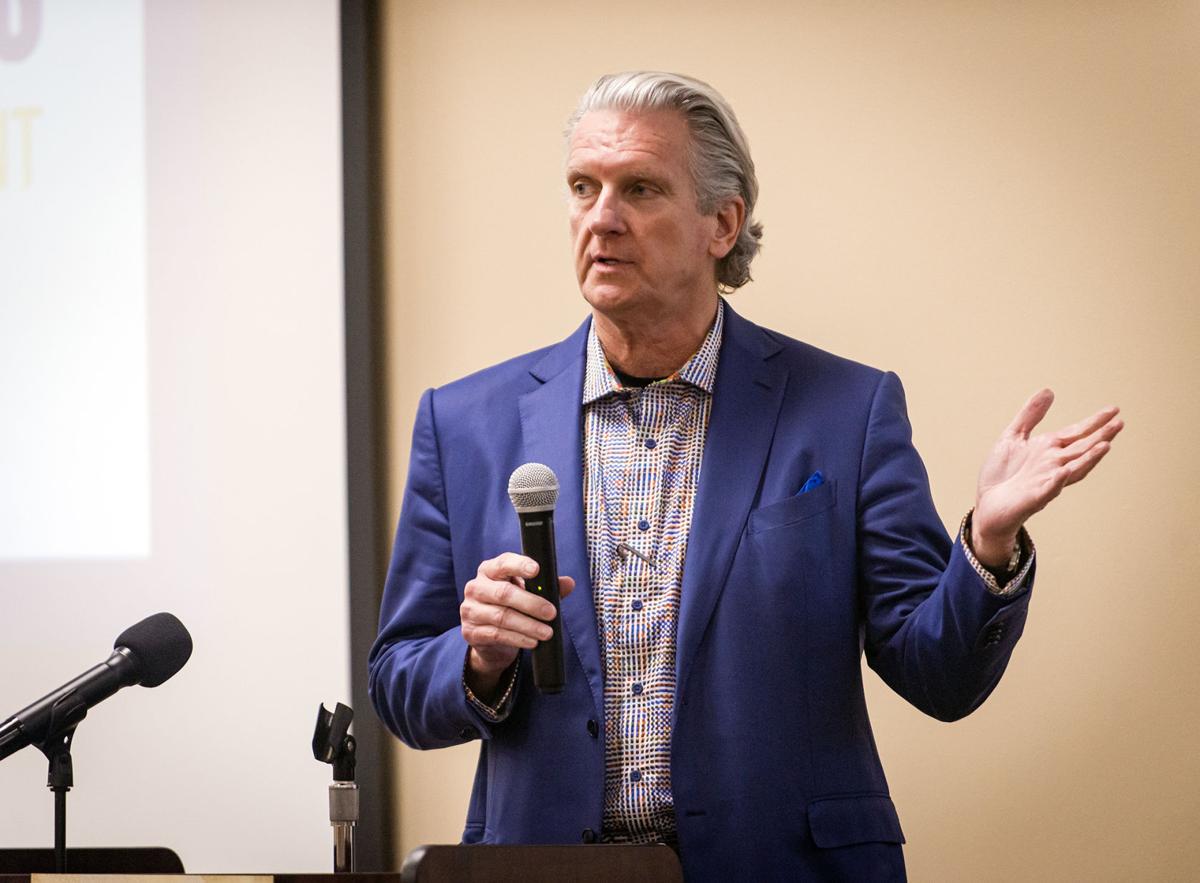 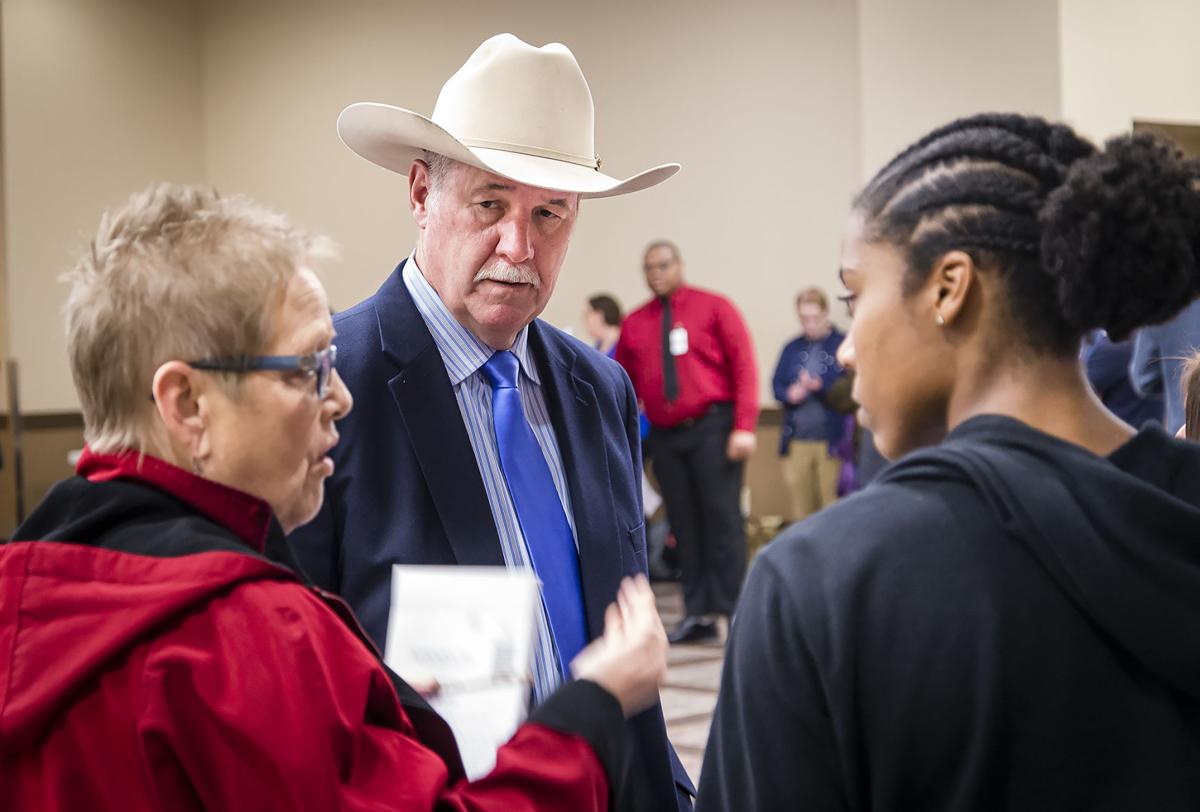 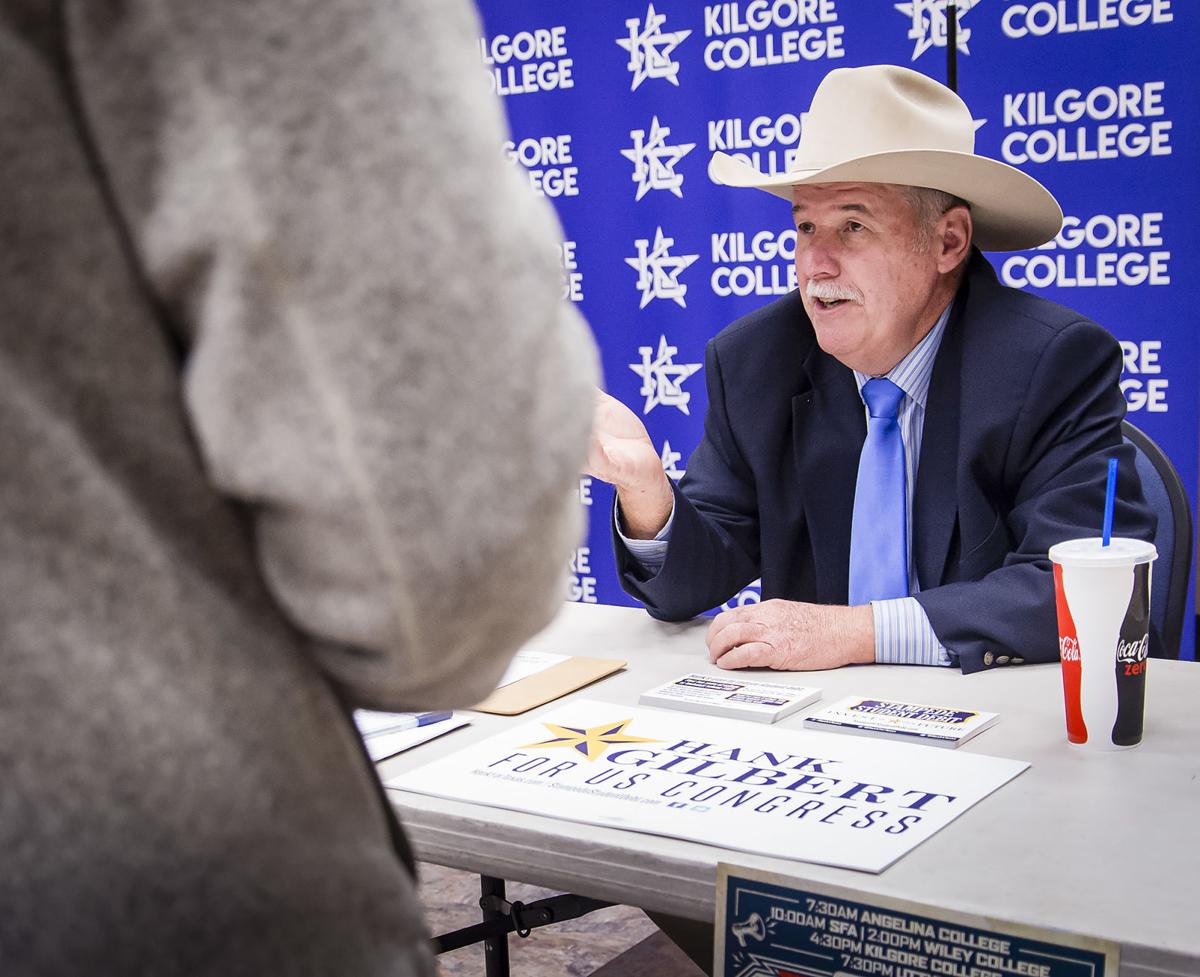 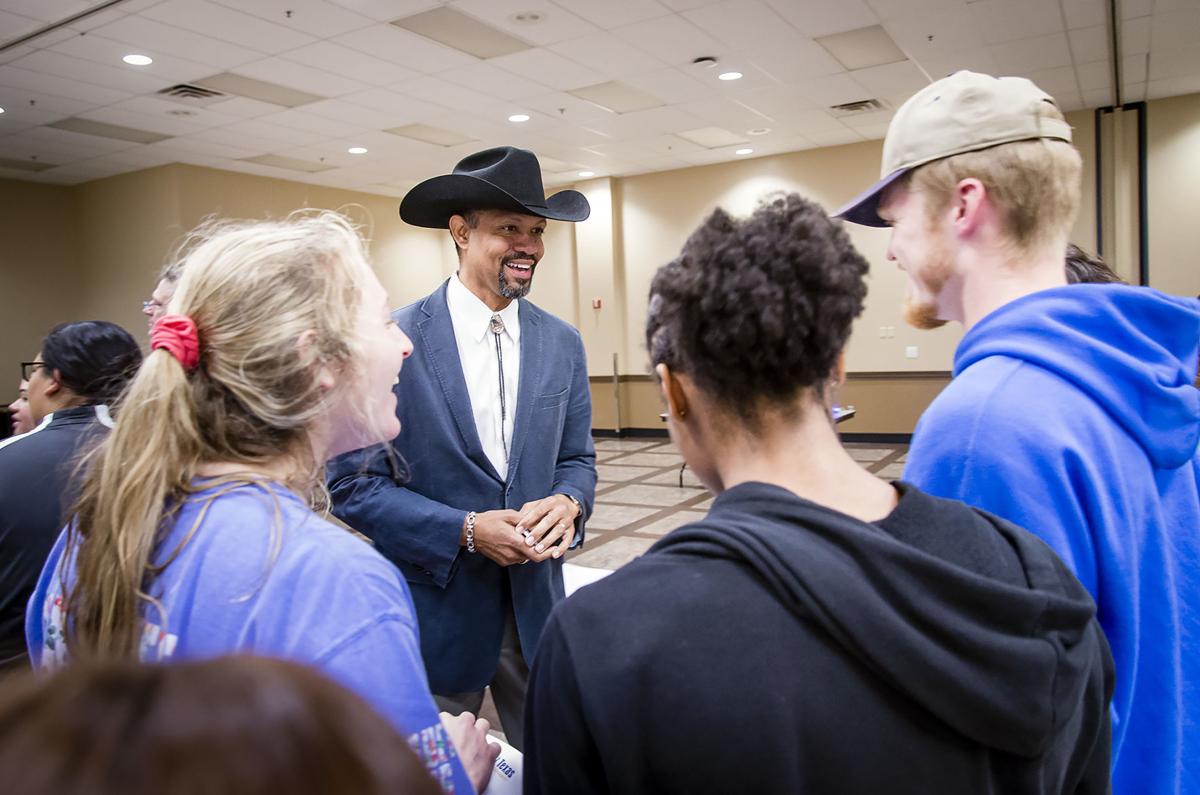 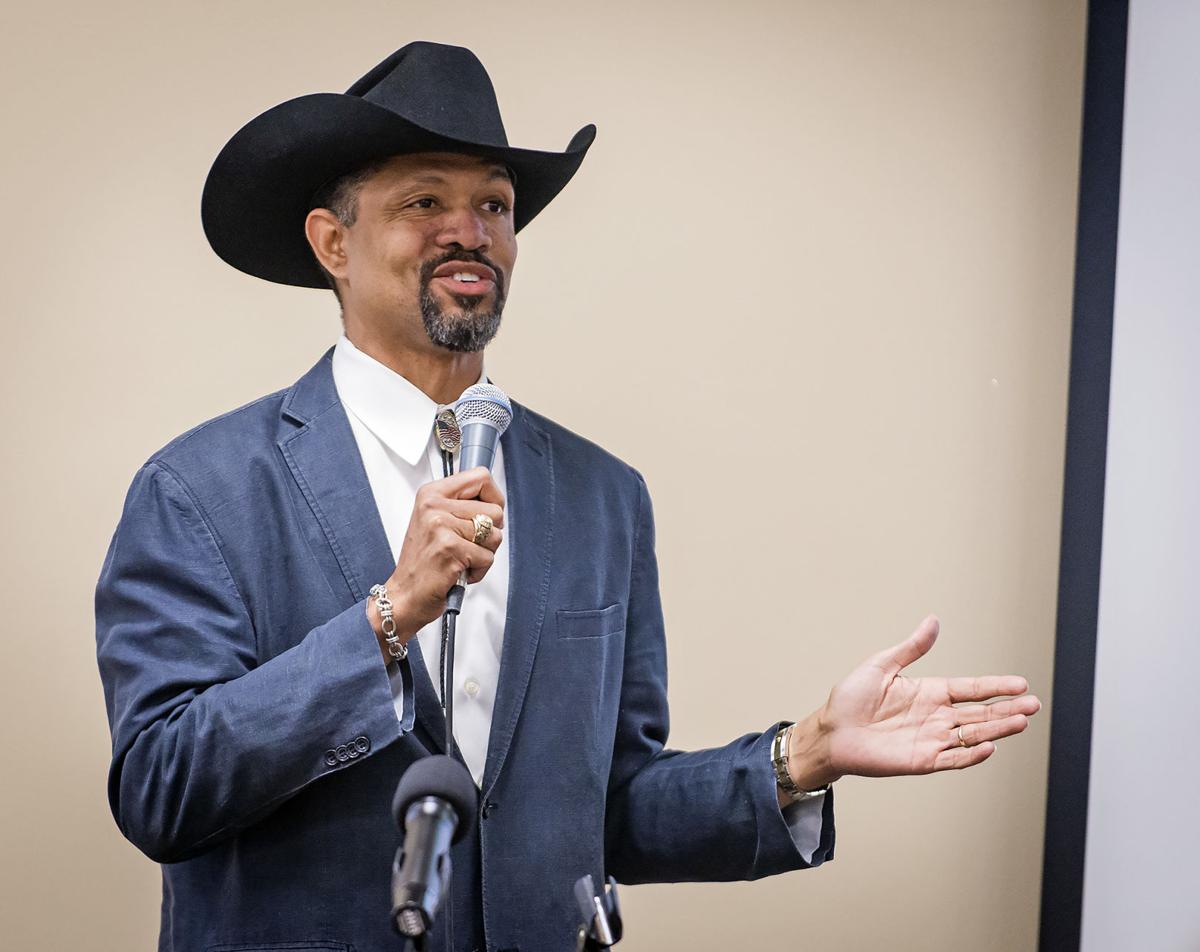 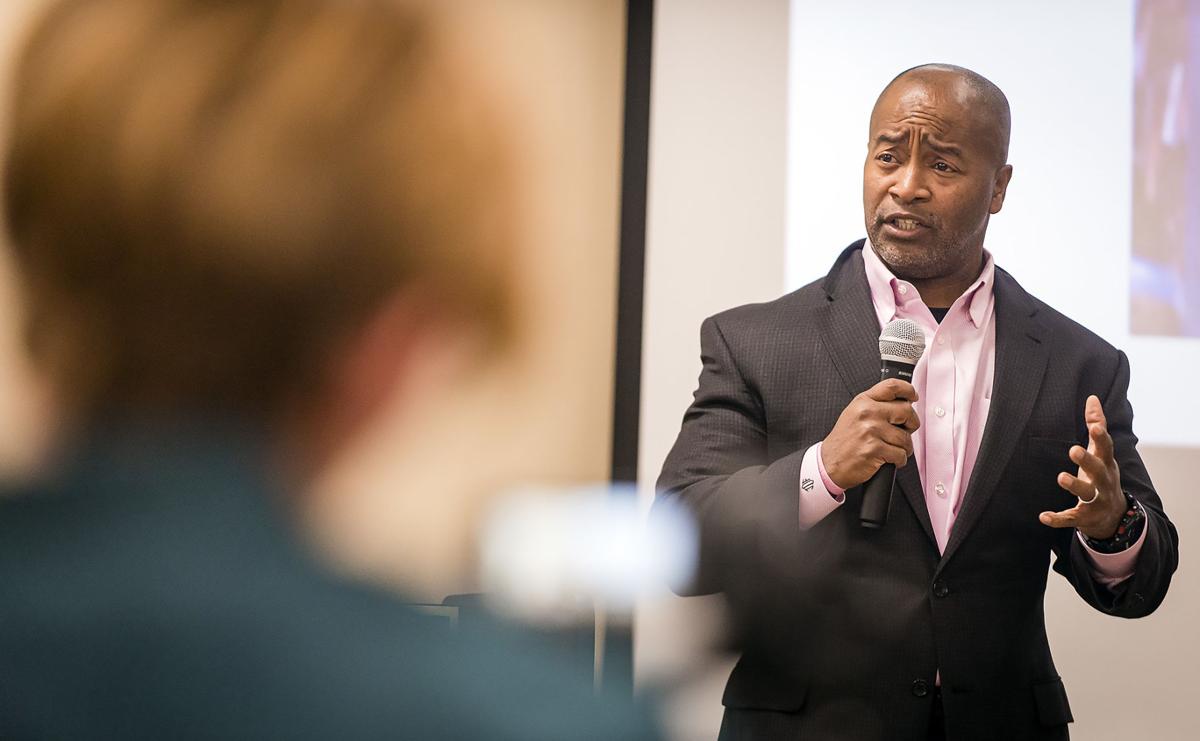 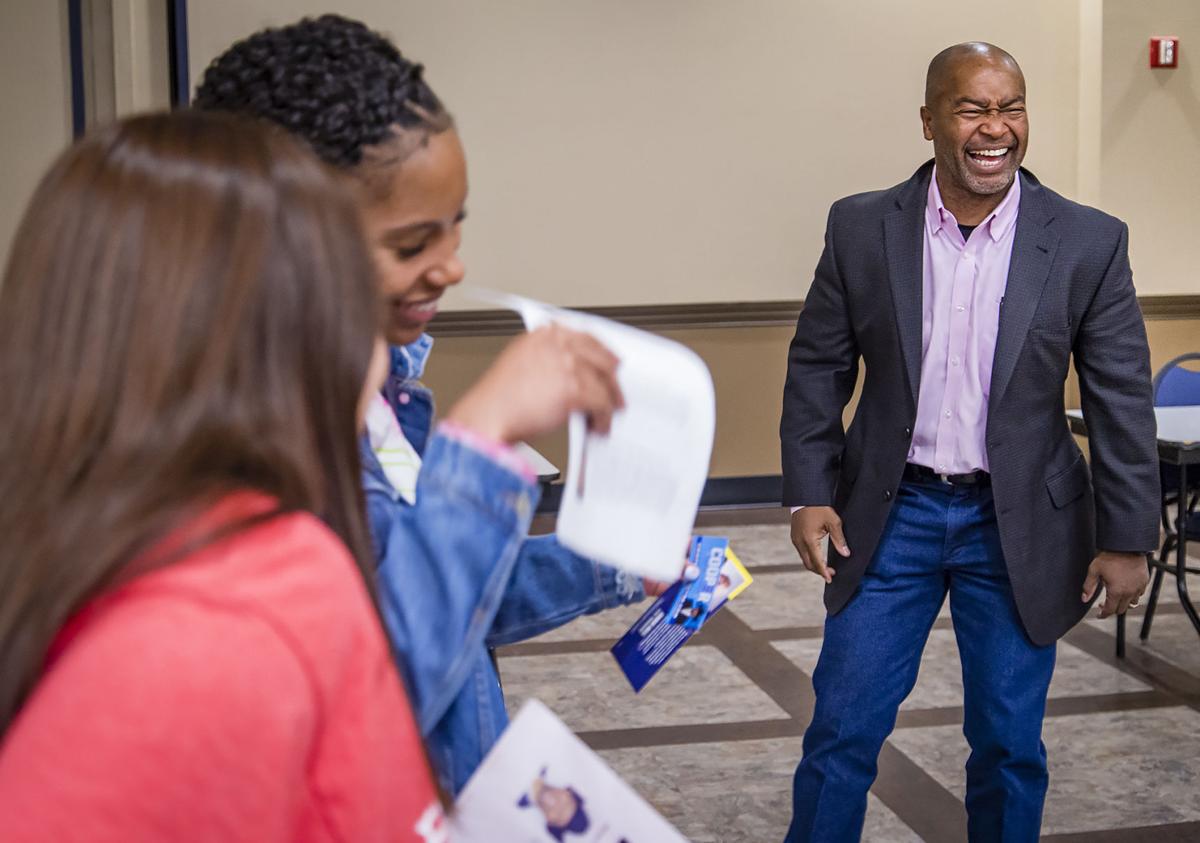 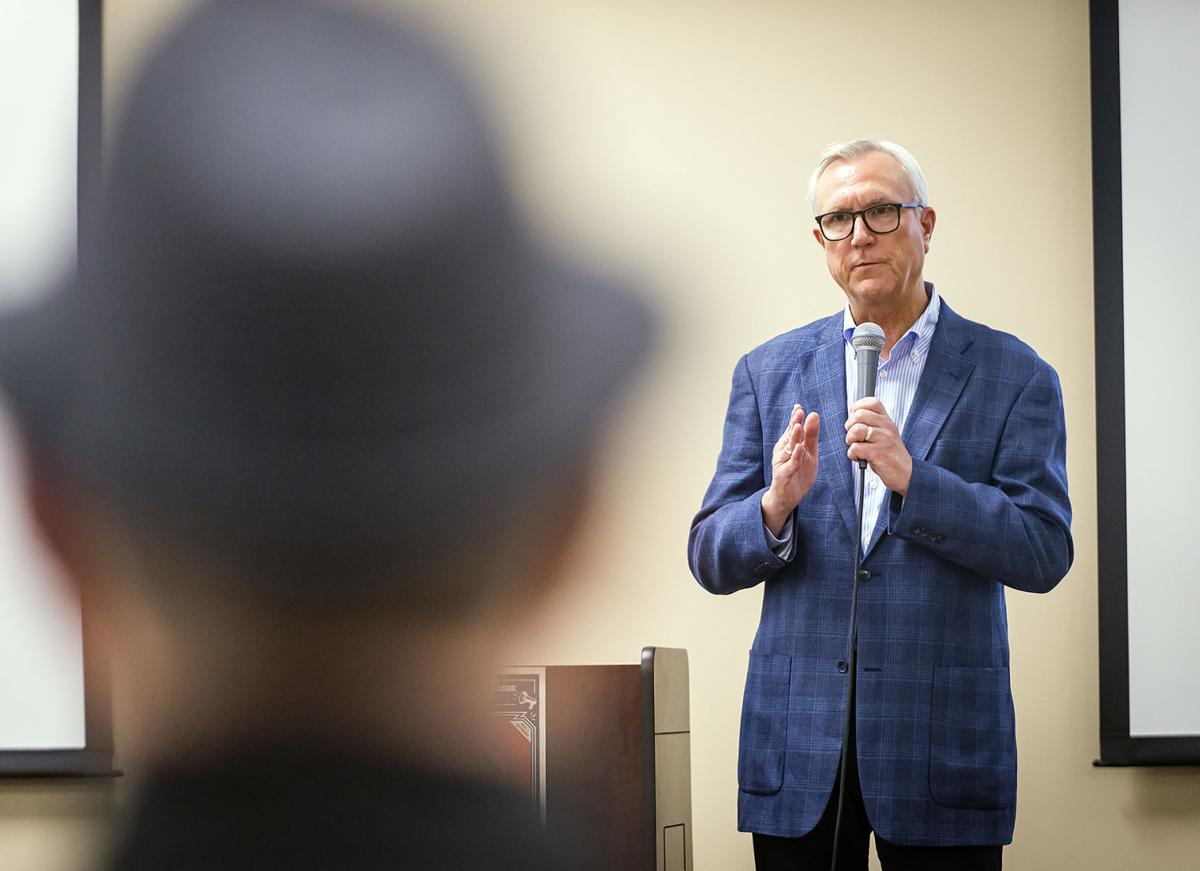 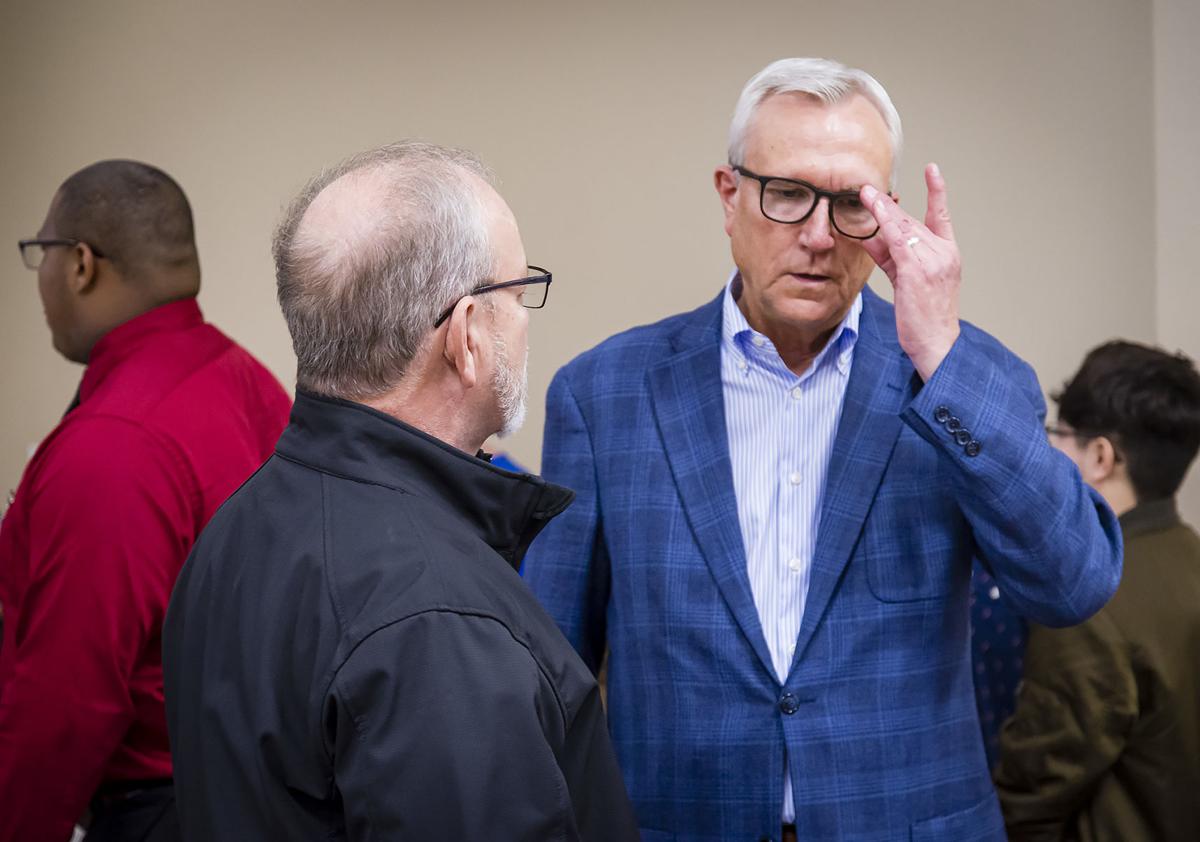 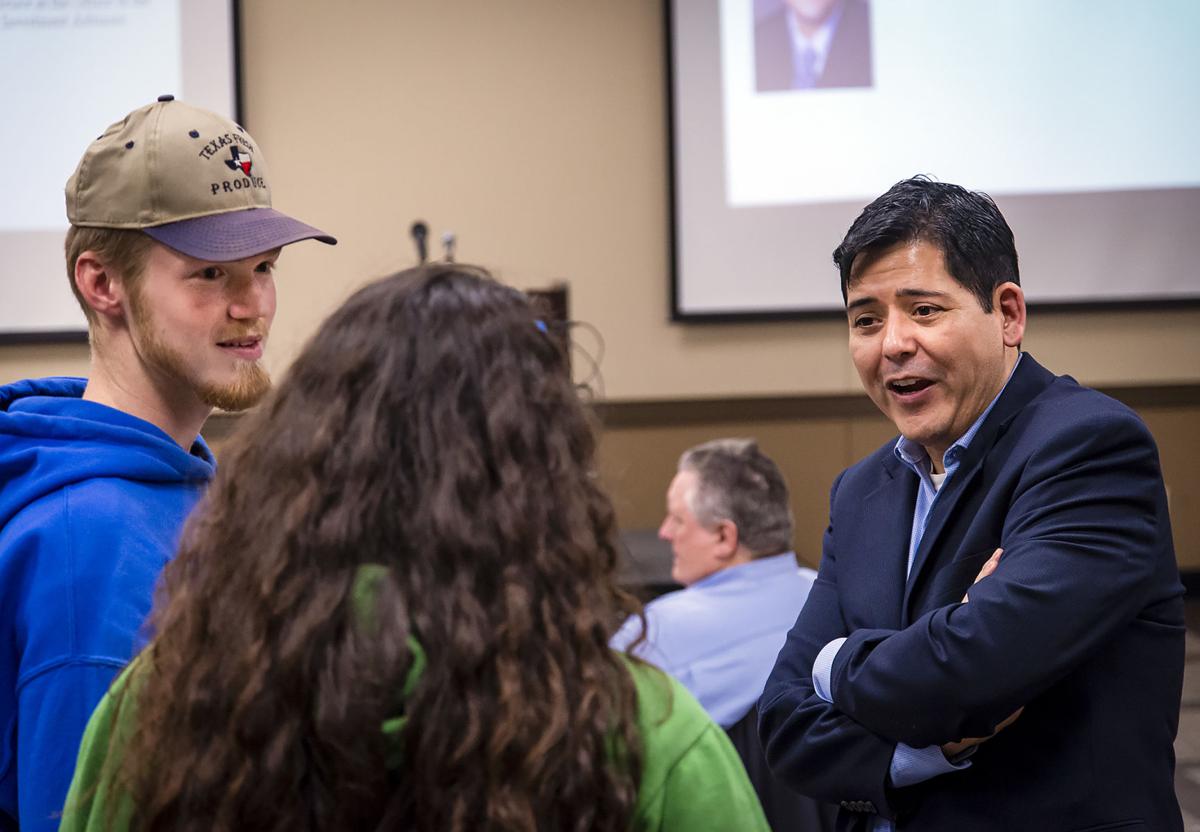 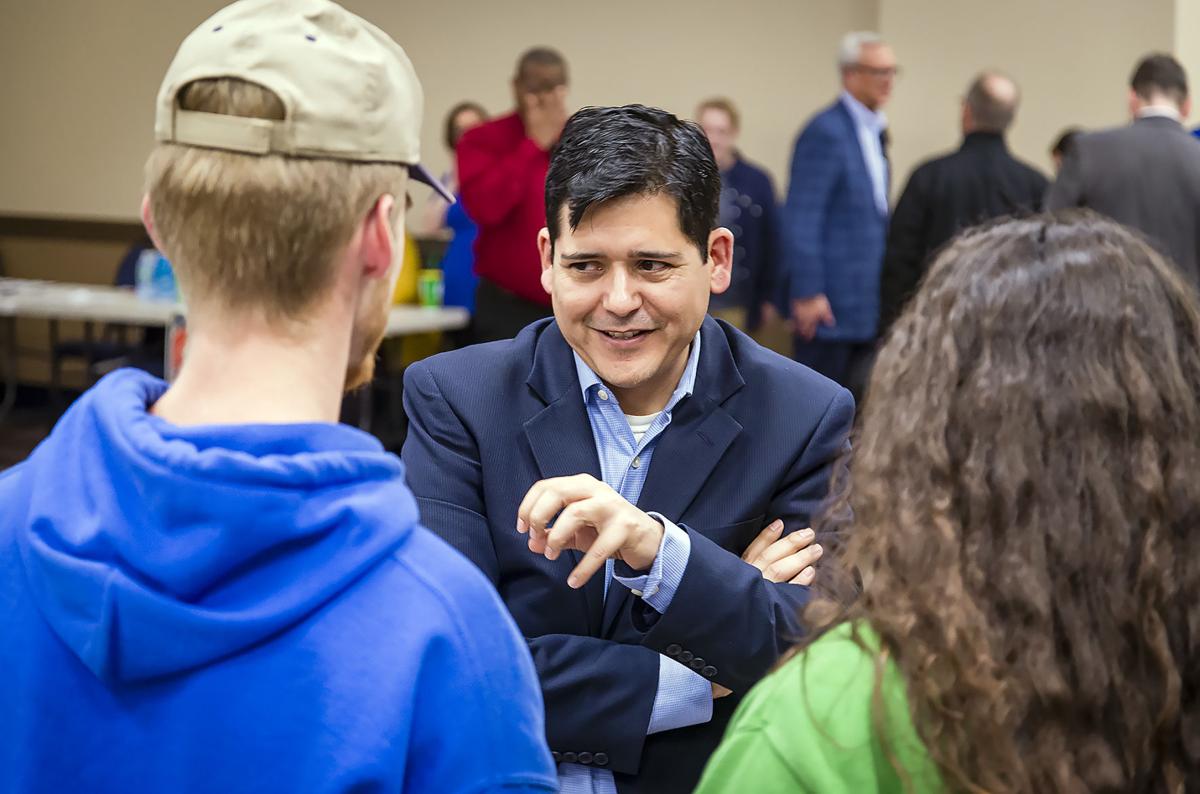 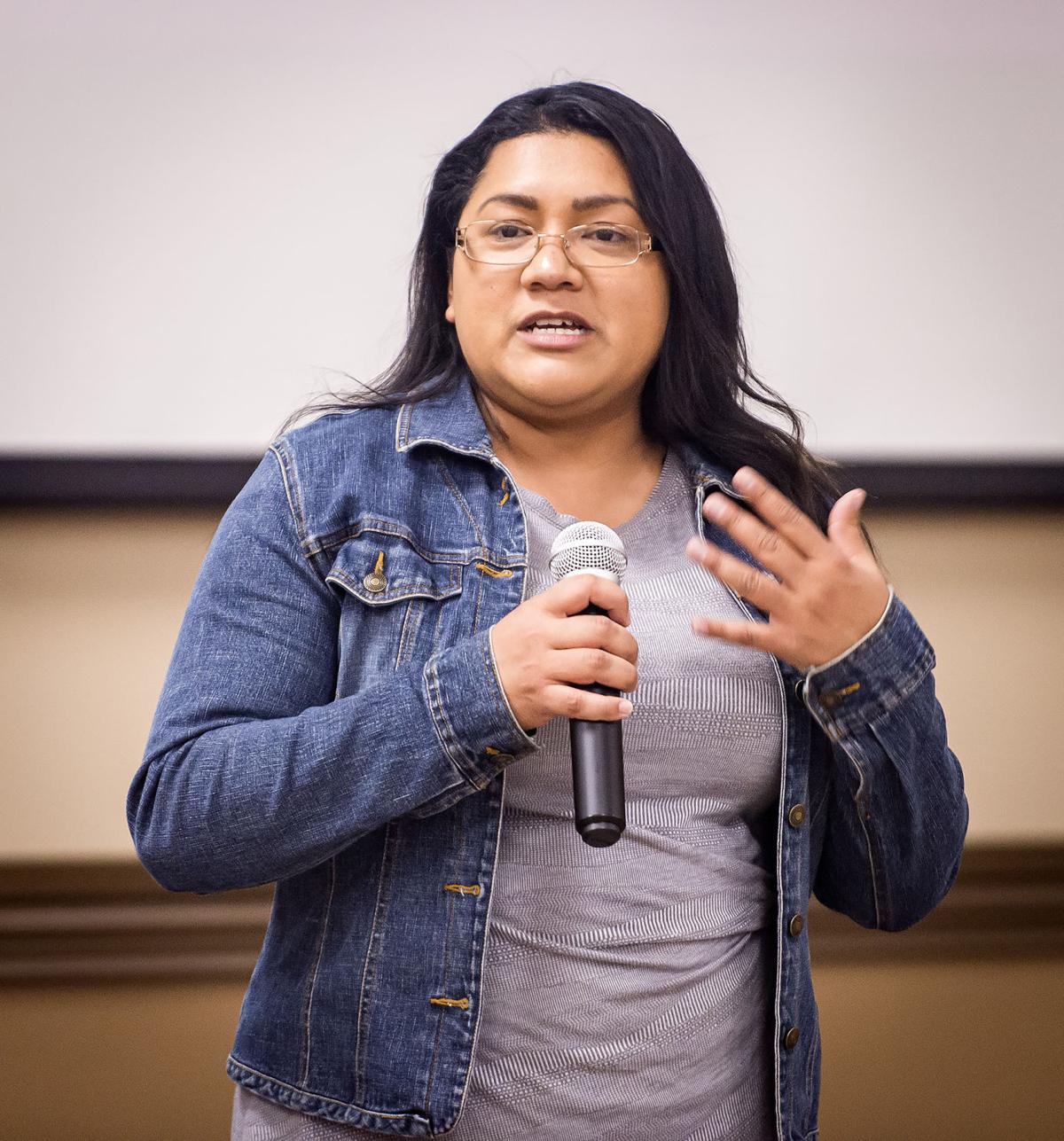 That was a U.S. House candidate’s plan for helping with student loan debt during his stump speech Thursday at Kilgore College.

He said he was a high school agriculture teacher and saw too many students not attend college because they could not afford it and did not want to go into debt.

“I believe the first two years of your college career should be free,” Gilbert said.

He said that would include trade school, because after it’s completed, those students could contribute to the economy.

During the Kilgore College stop, many of the candidates focused on issues they believe young people care about. The candidates mingled with about 30 students, gave short speeches and spoke one-on-one with students.

Trying to engage the young voters, candidates used their speaking time to focus on issues that concern college students.

Foster said property and homeowners are frustrated at this time of year when taxes are due. He said a real investment program should be available for them, such as the ability to invest in colleges.

“Kilgore won’t have to worry about financial aid anymore,” he said. “Let homeowners invest in them.”

Cooper said he pushes for education in his campaign, and a good education system can help the economy.

“I’m here to fight for your future,” he said. “We are a country that’s rich in almost every area. We should also be rich with having the proper educators.”

Climate change also was a topic of discussion for more than one candidate.

Bell said Texas is in a position to lead on reversing climate change.

“We have an abundance of renewable resources,” he said. “We can continue to be an energy capital if we have someone who will lead in that direction.”

Candidates also discussed health care and how it could improve. Hernandez said her campaign focuses on the issue and that she supports the Medicare for All plan.

“I am a person who addresses the health care inequalities as well as ratifying the (Equal Rights Amendment) ... to ensure that women are protected, not just in the workplace but in health care,” she said. “I do believe that every woman who needs an abortion, for whatever reason — because not everyone wants to get an abortion, it’s a decision that is made because of whatever circumstances that a woman is facing, that a family is facing — that they are able to have the ability to do that in a safe place that is no longer putting women and their bodies at risk of getting an infection and dying from that.”

Yancey and Ocegueda talked about the economy with the students.

Specifically, Yancey cited a waste in government spending. He said he would cut irresponsible spending and some departments, such as the Department of Education.

Ocegueda spoke about monetary theory. He said more people need to understand how money and the economy works.

“If you think we’re going to solve environmental problems … we need money,” he said. “Where our party gets beat is on the simple question, ‘How will you pay for that?’”