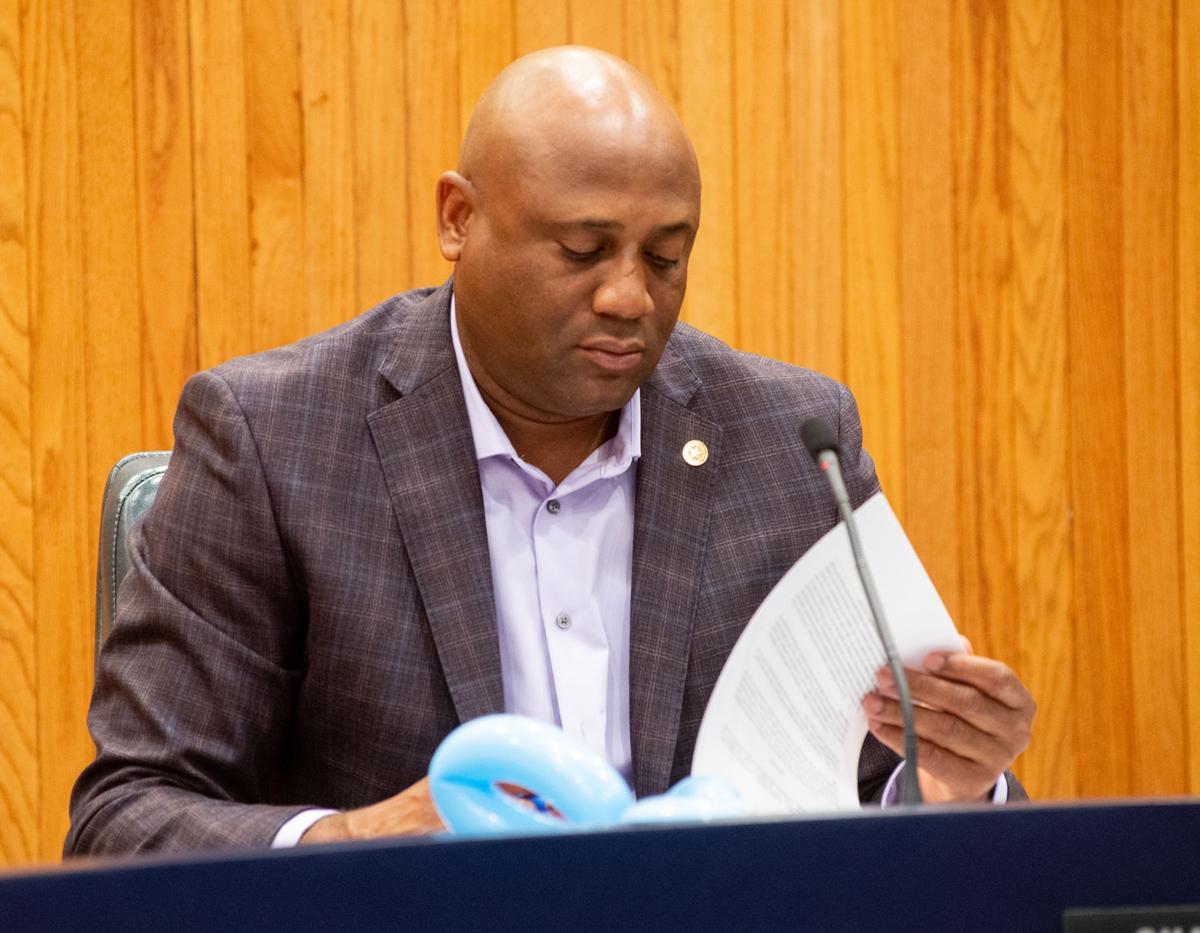 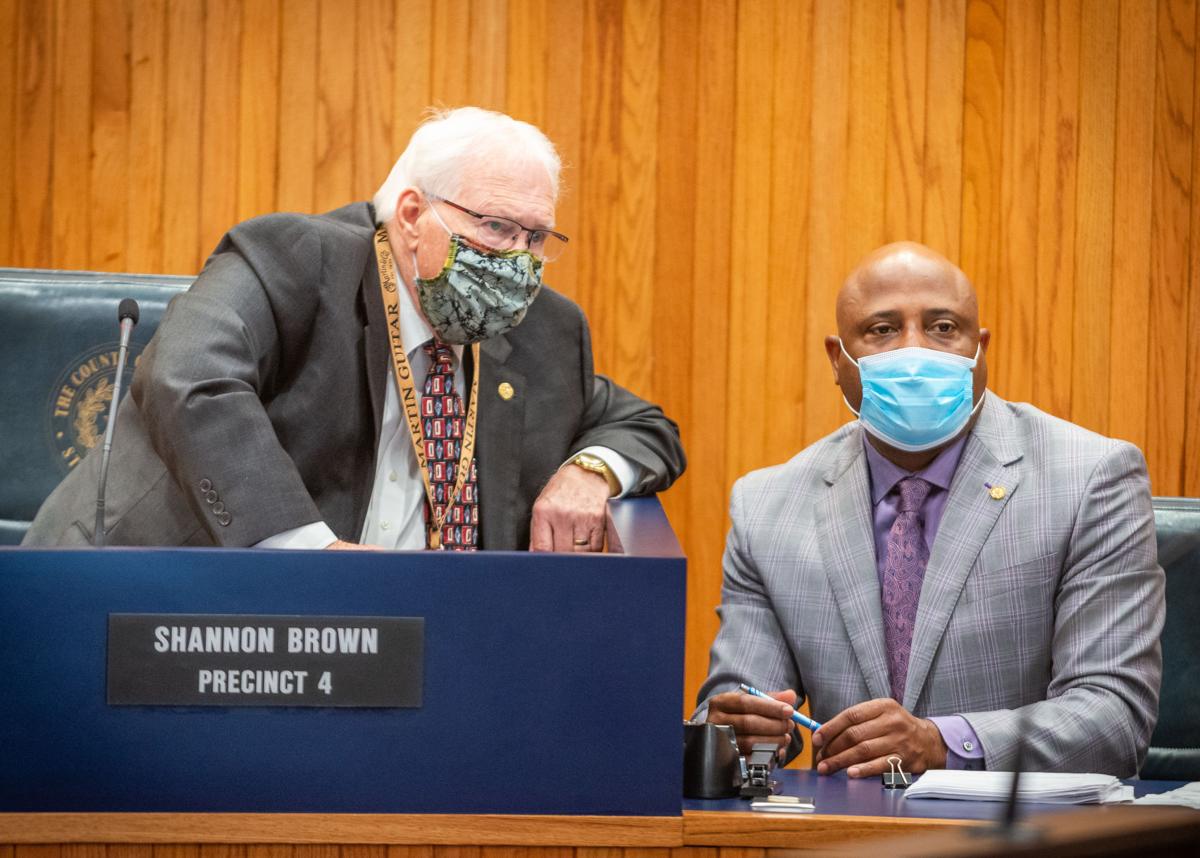 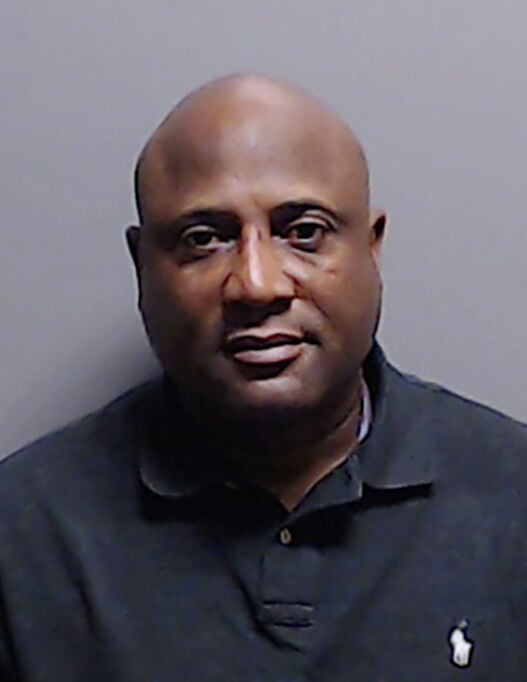 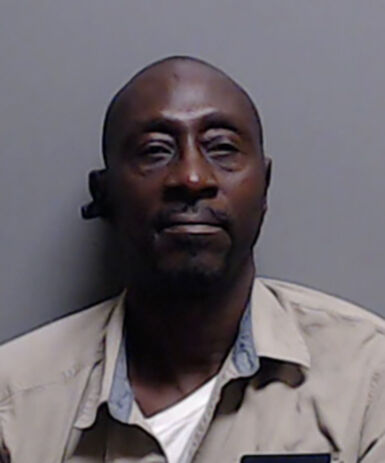 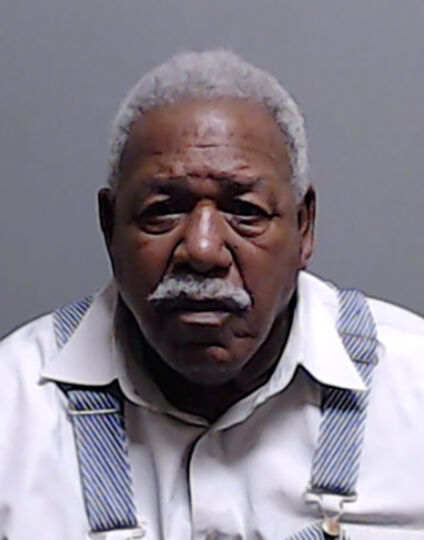 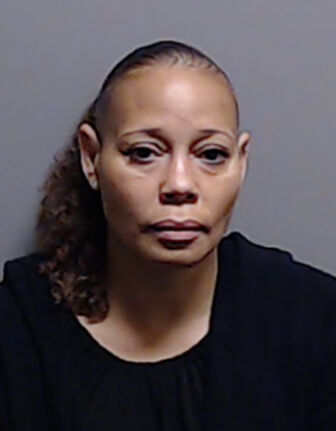 After an investigation lasting more than two years, Gregg County Pct. 4 Commissioner Shannon Brown and three other people were arrested Thursday in connection with what the Texas Attorney General’s Office said was an organized vote-harvesting scheme during the 2018 Democratic primary election.

Brown, 49, along with Charlie Burns, 84 of Longview; DeWayne Ward, 58, of Longview; and Marlena Jackson, 50, of Marshall, were booked into the Gregg County Jail on charges of engaging in organized election fraud, illegal voting, fraudulent use of mail ballot application, unlawful possession of ballot/ballot envelope, election fraud and tampering with a governmental record with intent to harm or defraud.

They all were released Thursday on $25,000 personal recognizance bonds.

Penalties for the offenses, if convicted, range from six months in state jail to 99 years in prison, according to the AG’s office.

“It is an unfortunate reality that elections can be stolen outright by mail ballot fraud,” Texas Attorney General Ken Paxton said in a statement. “Election fraud, particularly an organized mail ballot fraud scheme orchestrated by political operatives, is an affront to democracy and results in voter disenfranchisement and corruption at the highest level.”

Jackson was charged with 97 felonies, Brown with 23 felonies, Burns with eight felonies and Ward with six felonies.

“To increase the pool of ballots needed to swing the race in Brown’s favor, the group targeted young, able-bodied voters to cast ballots by mail by fraudulently claiming the voters were ‘disabled,’ in most cases without the voters’ knowledge or consent,” the AG’s office said in a statement.

The probe was announced in May 2018 after the March primary race for commissioner between Brown and former Longview Councilwoman Kasha Williams drew 787 mail-in ballots. Those mail-in votes swung an election day lead by Williams into a five-vote Brown victory. About one third of the voters using those mail-in, or absentee, ballots made a disability claim to qualify for them.

Gregg County Judge Bill Stoudt said Thursday that he is deferring comment on the arrests to the attorney general’s office and to the Gregg County District Attorney’s Office.

According to the indictment, Jackson, Brown and Burns marked voter applications for ballot by mail as “disabled” when the voter was not. Under state law, mail-in ballots for disability are reserved for residents who are “physically ill” and are unable to vote in-person due to illness.

Jackson is accused of signing off several times that she assisted a voter complete an application when someone else assisted. The indictment lists three instances where Jackson signed, claiming to assist a voter when it was Brown who assisted though he was a candidate.

The indictment lists 30 election fraud counts alleging Jackson marked mail ballot applications as disabled for residents who were not eligible to vote by mail.

Jackson, Brown and Burns also are accused of tampering with a governmental record “with intent to harm or defraud the Gregg County election authority and candidate Kasha Williams.”

After the results of the 2018 race between Brown and Williams was decided, Gregg County Elections Administrator Kathryn Nealy said she questions practices that for years have led to disproportionate numbers of mail-in ballots in the South Longview voting precinct.

“The alleged account of voter fraud appears so clearly to be a problem in our districts, but we are encouraged by the attention it has brought to the issue, both here and statewide, and by the opportunity to fix this problem,” former Mayor and state Rep. Jay Dean, R-Longview, said in a statement.

State Sen. Bryan Hughes, R-Mineola, who worked on a Senate committee to combat voter fraud, said he was encouraged by the efforts of the attorney general, the district attorney and Gregg County Sheriff’s Office.

“Of course there is the presumption of innocence until proven otherwise,” Hughes said. “The justice system will run its course.”

He added that hundreds of witnesses were interviewed in the investigation.

“They really did their homework,” Hughes said. “This has been on the radar for a while now.”

This case in Gregg County and another in the state have been watched closely, he said.

“Of all the forms of voting, mail-in ballots are the most vulnerable to cheating,” Hughes said. “We are supposed to learn.”

Hughes said mail-in ballots are important for voters, such as those older than 65.

“Voting is great, cheating is not,” he said. “We have to secure Texas elections.”

Marlena Jackson was charged with 97 felonies:

Shannon Brown was charged with 23 felonies:

Dewayne Ward was charged with 6 felonies:

A Gregg County commissioner charged with election fraud will continue to serve on the court while his case works its way through the judicial system.