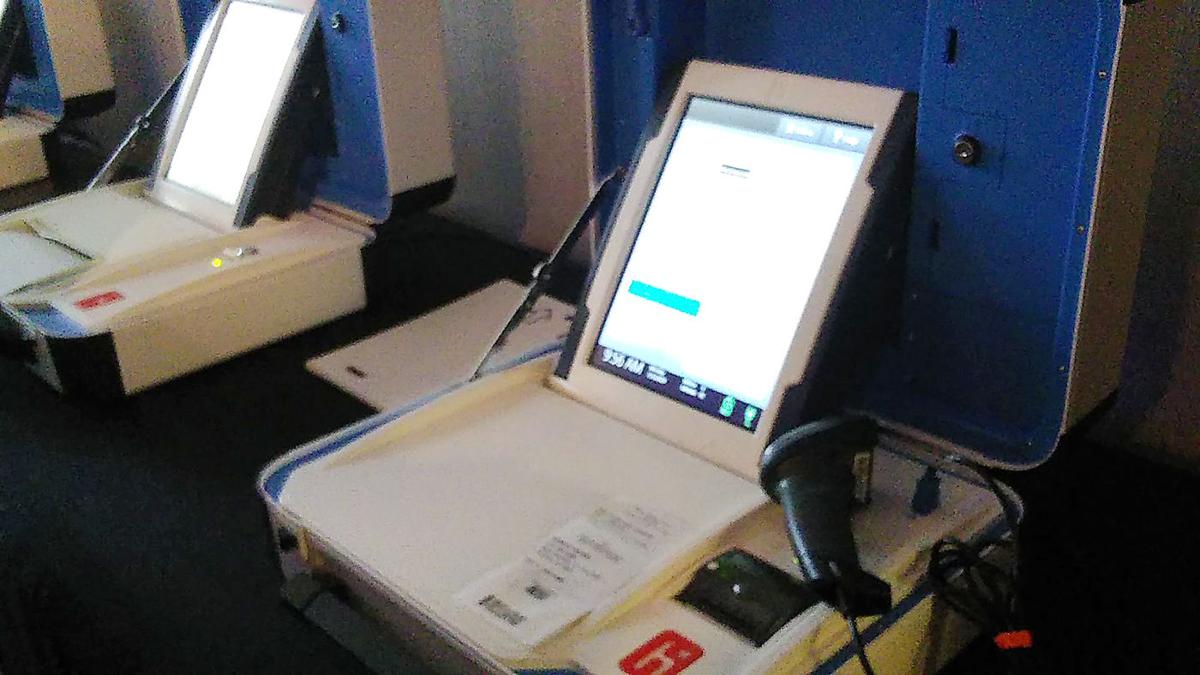 Hart InterCivic’s Verity voting system was showcased during a presentation to Gregg County Commissioners Court on Monday, July 23, 2018, at the Gregg County Courthouse in Longview. 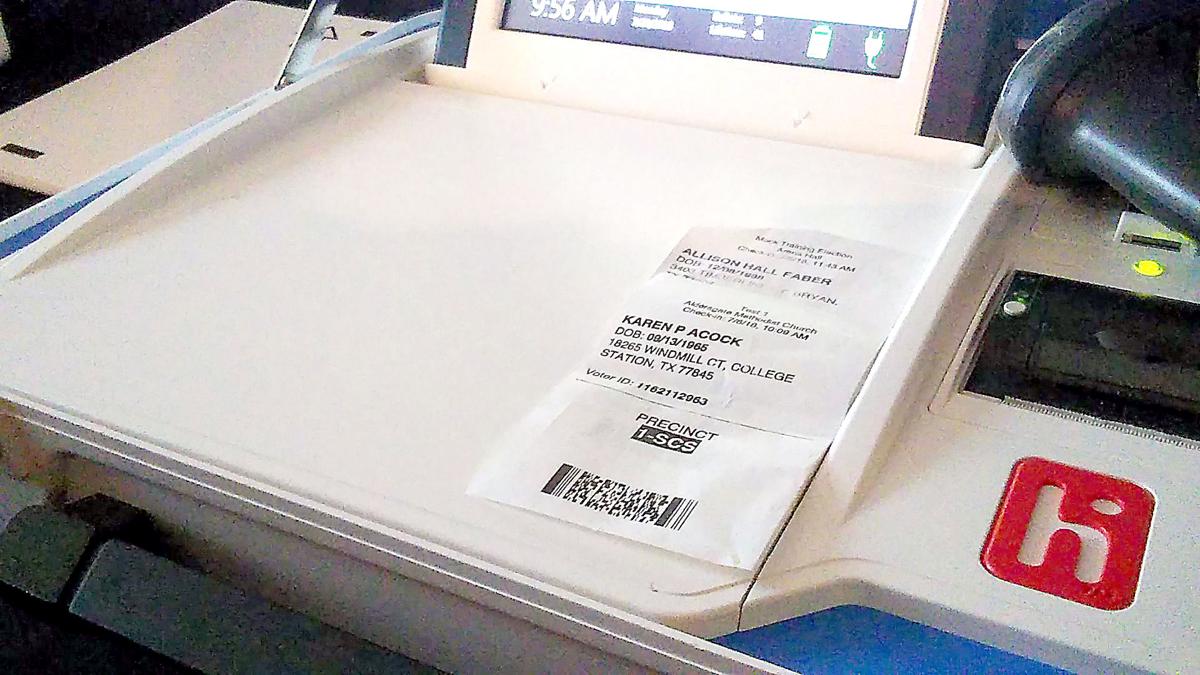 Hart InterCivic’s Verity voting system was showcased during a presentation to Gregg County Commissioners Court on Monday, July 23, 2018, at the Gregg County Courthouse in Longview.

The Commissioners Court unanimously agreed to move forward with Hart InterCivic for its Verity system, although no contract has been approved. That must wait until the Texas Secretary of State’s Office has reviewed the county’s decision and proposed contract, said Elections Administrator Kathryn Nealy.

Nealy, a 30-year elections office employee who has been its top administrator for the past 15 years, recommended the Verity system over Omaha, Nebraska-based Elections Systems & Software.

Commissioners first looked at the Verity voting system more than two years ago, and they were joined by local party chairs and several elections workers in reviewing the system last week, Nealy said.

“I like it,” Pct 3 Commissioner Gary Boyd said. “It seems easy to operate.”

The system, which includes a ballot paper trail for the county, will cost about $1.18 million, and the county intends to use the machines this November during state constitutional amendment elections — one year before the 2020 general election.

Gregg County’s purchasing director, legal representative and auditor have reviewed the contract and quote from Hart, but the secretary of state must certify the Verity system and equipment before the county enters a contract with Hart, Nealy said. She was sending an email to Austin after commissioners voted Monday to expedite the process.

“The secretary of state needs to know that all of the prices of this system are certified,” she said.

Commissioners also authorized Purchasing Director Kelli Davis to issue a request for qualified engineer firms to direct designs and likely construction of a parking facility on land across Methvin Street from the Gregg County Courthouse.

The parking facility, if built, would provide parking for as many as 300 vehicles but could also provide space for other ventures including relocation of the county’s Veterans Services office from its site on East Marshall Avenue, said Pct. 1 Commissioner Ronnie McKinney.

In other business, commissioners unanimously authorized a buildout of a Gregg County tax office branch at Gladewater City Hall.

The work will be performed by Gregg County Sheriff’s Office maintenance and inmate labor. Sheriff Maxey Cerliano said the job could be completed for about $25,000, beating estimates of between $43,000 and $56,000 from private contractors.