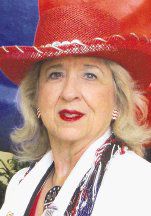 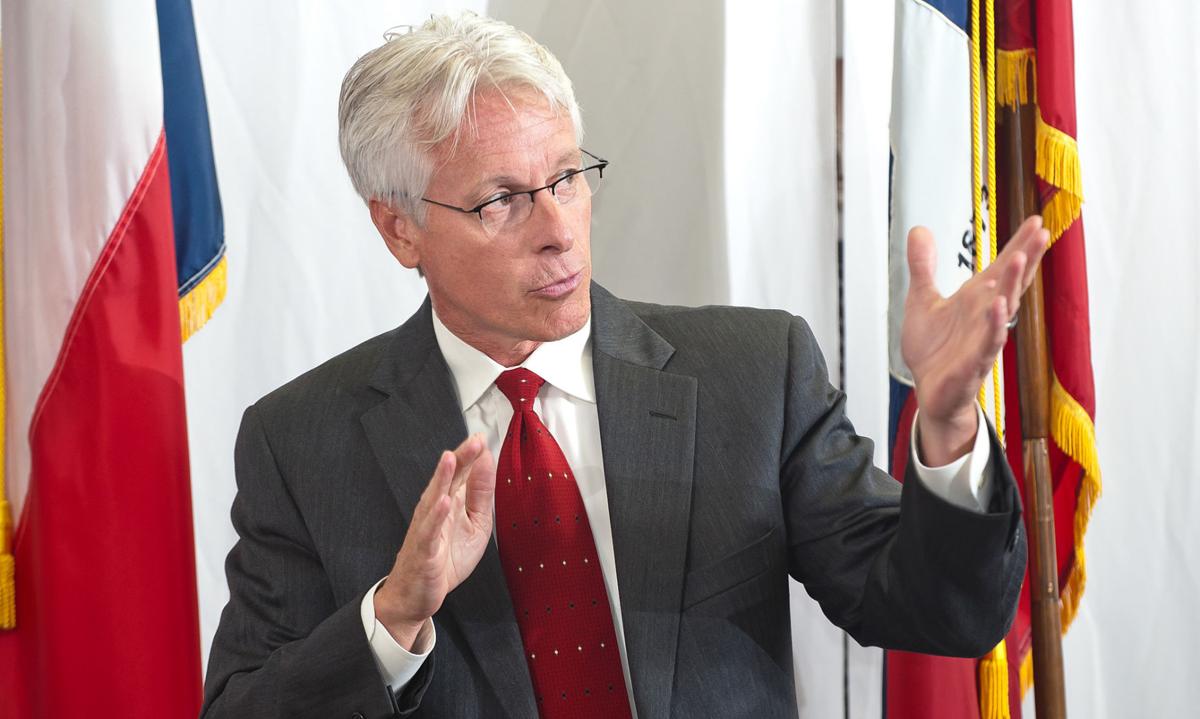 Tim Vaughn speaks after being sworn in as the new chairman of the Gregg County Republican Party Tuesday, July 8, 2014, during their Organizational Executive Committee Meeting at the Gregg County Historical Museum. (Les Hassell/News-Journal Photo)

Tim Vaughn speaks after being sworn in as the new chairman of the Gregg County Republican Party Tuesday, July 8, 2014, during their Organizational Executive Committee Meeting at the Gregg County Historical Museum. (Les Hassell/News-Journal Photo)

The chairman of Gregg County's Republican Party resigned Tuesday, five months into his second term, citing a lobbying job that will base him in Dallas.

Tim Vaughn, also a former White Oak mayor, recommended to his executive committee that it name party headquarters manager Marty Rhymes as his temporary stand-in and wait until their Jan. 10 meeting to name a successor.

"Marty already is the vice chair. She can fill that role as chair just through the holiday season," he told an 11-member quorum of the panel at its first meeting after the general election.

Rhymes has served the county party for more than two decades, an unofficial right-hand woman for county chairmen dating at least to the late Glenn Canfield Jr. in the 1990s.

Vaughn is in his second week working for the National Federation of Independent Businesses.

"This job came up," the longtime area homebuilder said, later adding he will be moving in two to three months after finishing a final house. "I've got a pretty big territory for the nation's largest small business group."

Responsible for the federation's Dallas territory, Vaughn has been visiting small businesses in the region taking input on issues he will lobby in the state legislative session, which starts on Jan. 10.

The 11 executive committee members unanimously accepted the resignation and accompanying recommendation. Pct. 8 Chairman Kyle Smith said it was in the local party's best interests not to rush a replacement.

"Because we do have a continuation in place with Marty," Smith said. "And it gives us an opportunity to, without a lot of hooplah, explore within ourselves, even if it takes us beyond January. We can always have a February meeting."

"But I also commend you for recognizing your changing circumstance, that you will be unable to fulfill the duties that you are prescribed," Hunter said.

Vaughn was elected to run the county party in 2014, succeeding Keith Rothra.

He told the executive committee he was proud of a victorious general election cycle that ended one week earlier with the election of Republican Donald Trump to the White House.

"It has been an honor for me to serve and see so many give so much for our conservative values," he said. "With as many active volunteers as we have from all ages and walks of life, I believe it is important that the leadership be available and accessible."