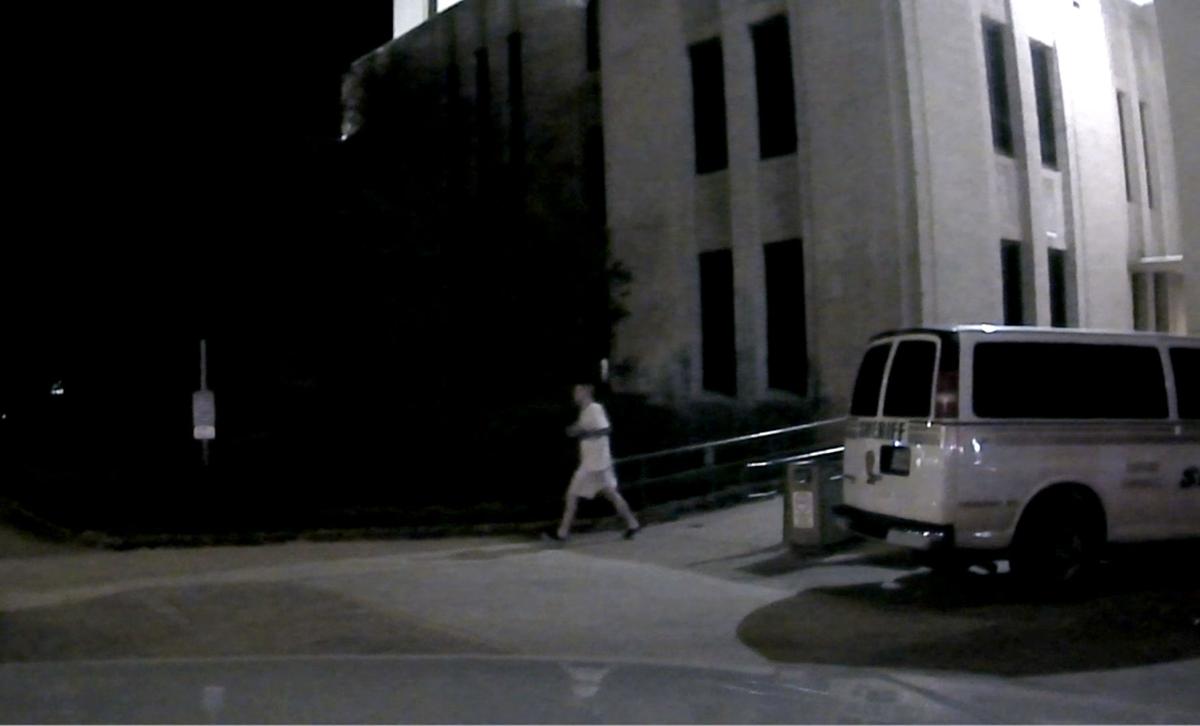 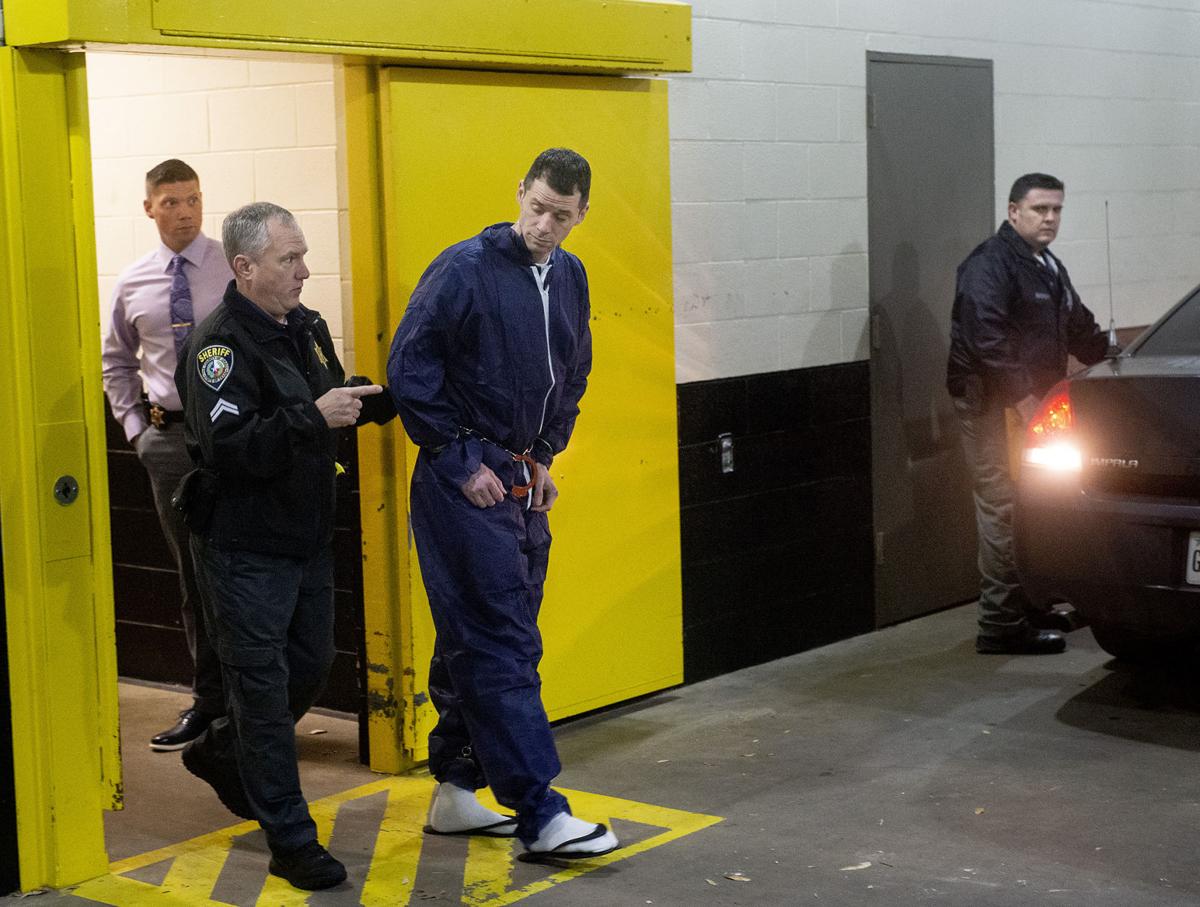 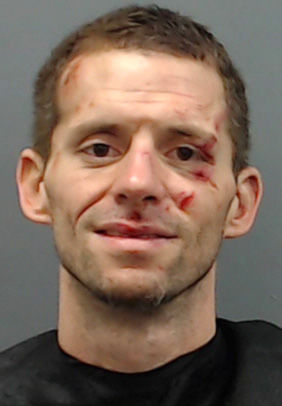 Some Gregg County jailers watched movies in a control room the night in December an inmate escaped from the facility.

As a result, nine jail employees resigned Jan. 7 after being warned that they would either be fired or they could leave voluntarily, according to a previous interview with Gregg County Sheriff Maxey Cerliano and documents provided in response to a public information request from the News-Journal. Those documents show nine other jailers were suspended without pay for one to three days, one jailer retired and six supervisors received written reprimands.

Jace Martin Laws, 34, of Gladewater escaped undetected Dec. 23 and was gone for 57 hours before another law enforcement agency told the sheriff’s office that Laws might have escaped. Laws, who had been sentenced to prison for assaulting two Longview police officers, was recaptured Dec. 27. Days later, on Jan. 2, he was sentenced to eight years in prison for the escape, in addition to the 40 years he’d already received assaulting the officers. He soon after was transferred to a state prison.

In January, Cerliano said the differences in how jailers were disciplined for the “systematic failure” that allowed Laws to escape depended on their responsibilities and what they were actually doing when he escaped.

The documents the News-Journal received indicate that some jailers assigned to certain shifts on the seventh floor of the jail would watch movies while on duty.

The documents say that jail Lt. Tony Monsivais learned on Dec. 26 that Laws had “carved through the brick tiles in his cell and was able to access the infrastructure of the jail. Laws then gained access to the ventilation system and accessed the rooftop where he was able to escape down the east side of the building.”

A video received through the public information request shows Laws after he dropped from the roof, hiding on the awning over a door to the courthouse where the South Jail is located. The video was recorded coincidentally by a sheriff’s patrol car when a deputy drove up and went inside. Laws, who was wearing a white T-shirt and shorts, waits and watches for minutes before dropping to the ground, walking and then jogging down the sidewalk, away from the courthouse.

Foster worked Dec. 23, the night Laws escaped, on the South Jail’s seventh floor, according to a report made as part of the investigation the sheriff’s office conducted into the escape.

“While on the 7th floor on Monday, December 23rd, 2019, Officer Foster watched videos in the 7th floor control room throughout the night by plugging in and using his portable hard drive. Officer Foster watched approximately two and a half to three hours worth of video content spaced throughout the night,” the report says. “During the first rotation, at approximately 20:25 officers in the control room watched approximately one and a half hours of videos before lockdown.

Foster said that on Dec. 24, he didn’t watch videos but listened to Christmas music with his flash drive.

Jailers watched movies on other shifts as well, according to Tarrance’s report.

“On 12/25/19 to 12/26/19 Officer Samuel Tarrance was assigned to 7th floor south jail for the night. While we were not conducting walks or putting someone in rec, we were all in the picket watching movies on the computer,” Tarrance wrote. “We watched ‘Jingle all the Way,’ ‘Space Balls’ “ and a movie identified in the report as “Waterbody” but that likely is “The Waterboy” with Adam Sandler.

By about 8 a.m. that morning, sheriff’s office staff had received a call that Laws was spotted in White Oak, according to the reports from the jail office.

“Lt. Monsivais began searching every cell in the dayroom to ensure that there was an inmate in every cell by visually looking in and making face to face contact with each inmate,” a report said. “Upon arriving to F Cell, Lt. Monsivais observed that the lights in the cell were somewhat covered but still had adequate light to see what appeared to be a body lying in the bed with a blanket covering the entire body. Lt. Monsivais then entered the cell and told the inmate to wake up. After giving the inmate two verbal commands to get up in a stern and loud voice Lt. Monsivais noticed that there was no movement.

“Lt. Monsivais then looked around the cell and noticed that there was a white in color Tee-shirt hanging on the wall above the bathroom area of the cell. Lt. Monsivais pulled the shirt down and observed a hole in the wall, with three bricks completely missing from the wall with access to the infrastructure.”

In his report, Webb, a supervisor of the South Jail, said he had heard rumors that jail staff members at the Marvin A. Smith facility and on the seventh floor control room at the courthouse would watch movies. He said he had no specific information, though.

“Officer Tyler Foster: He was the one and only officer that was ever brought up to me as one that would hold a flash drive that contained movies. Any time I would ask if he was watching a movie he would deny....” Webb’s report says. “Foster is very big into pop culture and talked about movies and shows often, but, I never saw him in the act of or had it reported of any time he was watching a movie.”

He also tried catch jailers in the act of watching movies while on shift, describing his attempt in November when he went to the control room to check.

Cerliano previously said video cameras monitored hallways in the jail before the escape. He said additional security measures would be added to the jail, and cameras have been installed in the control rooms of the sixth and seventh floors of the courthouse where the South Jail is located. Jail supervisors and command staff can check remotely with a computer or phone to see what jail staff members are doing.

“I am fully confident in the changes to be made that this will never be a problem under my supervision again,” Webb’s report said.