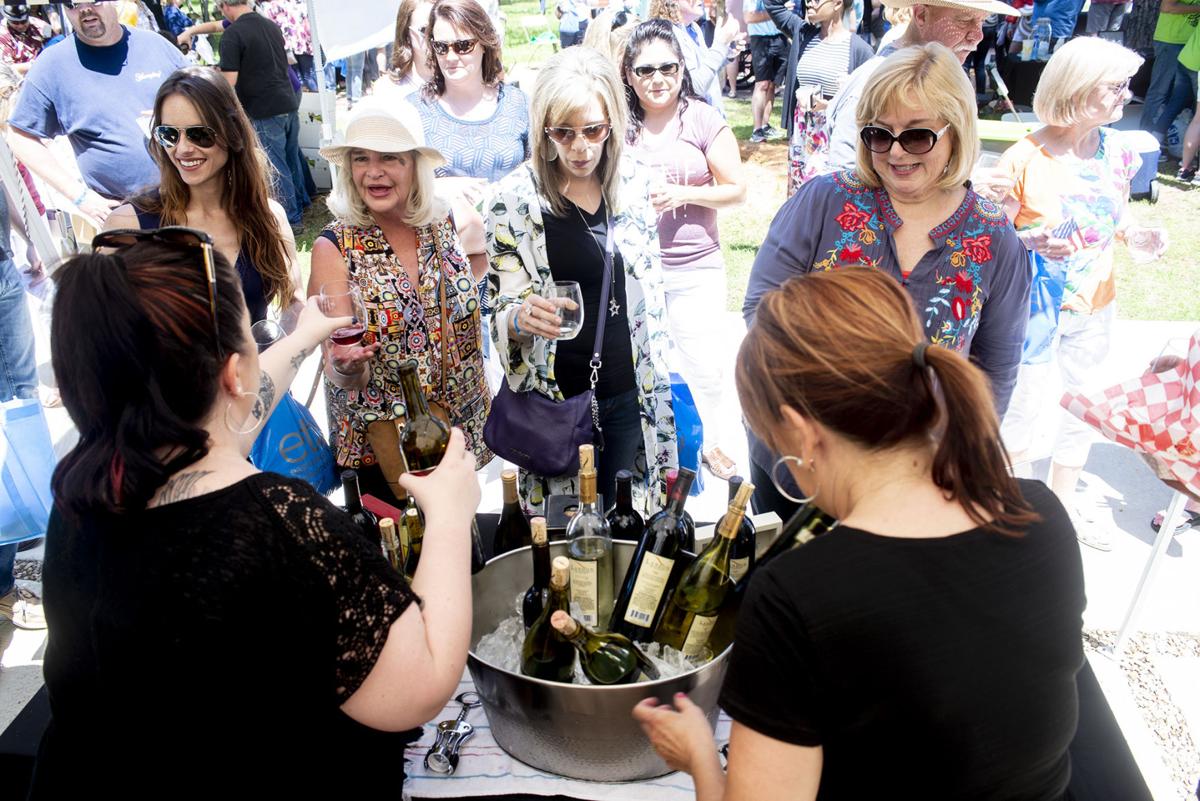 A crowd gathers around the Landon Winery booth. 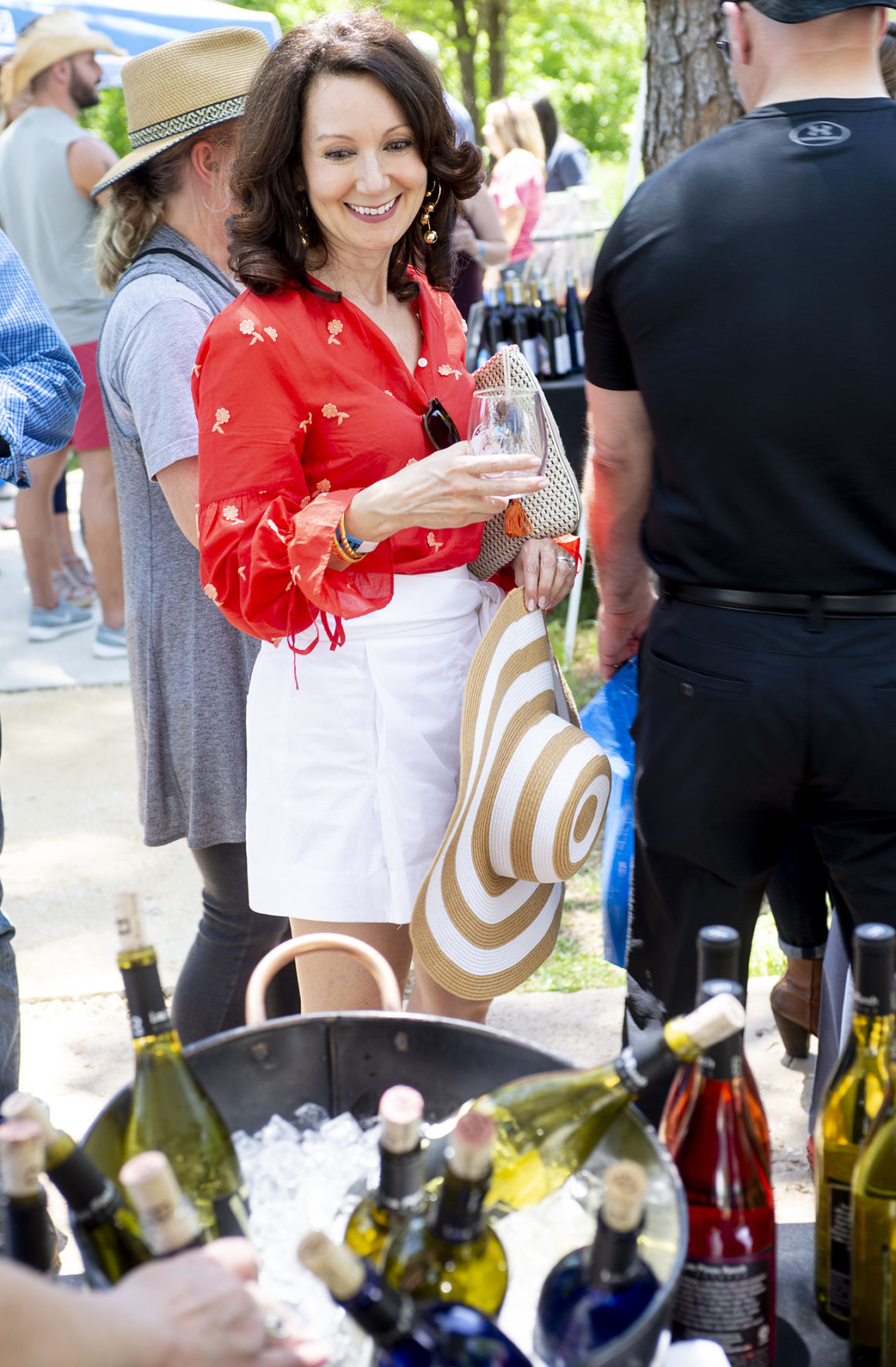 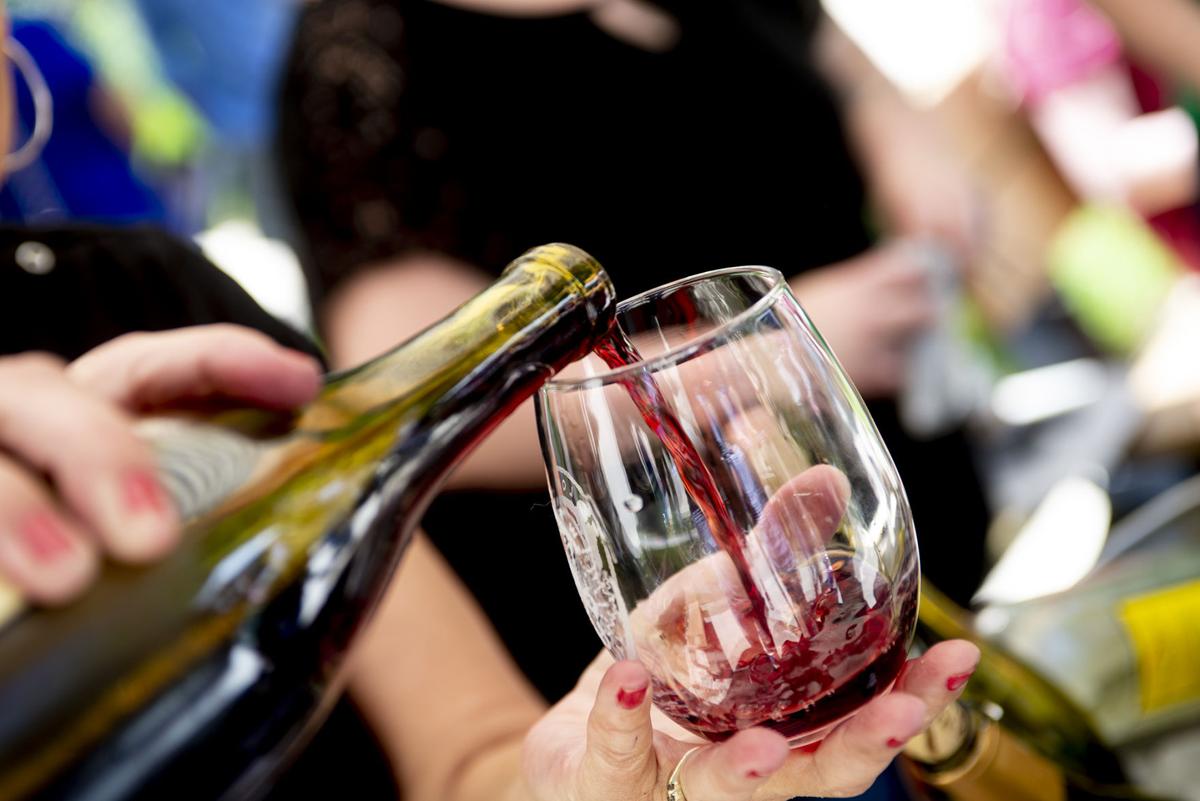 Deann Marney pours a glass of 2015 Pinot Noir by Landon Winery during the Longview Wine Festival benefiting the East Texas Alzheimer’s Alliance on Saturday at The Green. 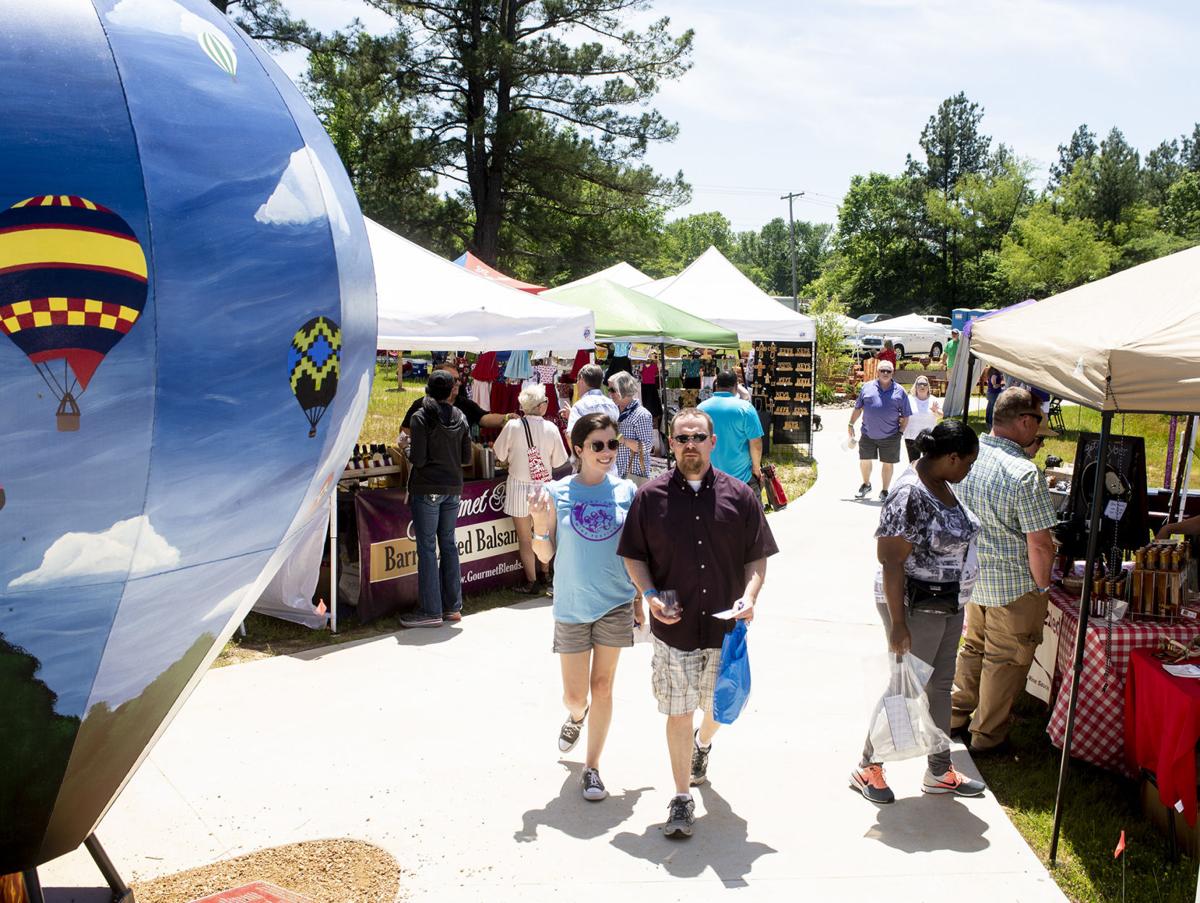 Dawndrea and Richard Huffman attend the Longview Wine Festival benefiting the East Texas Alzheimer’s Alliance on Saturday at The Green. 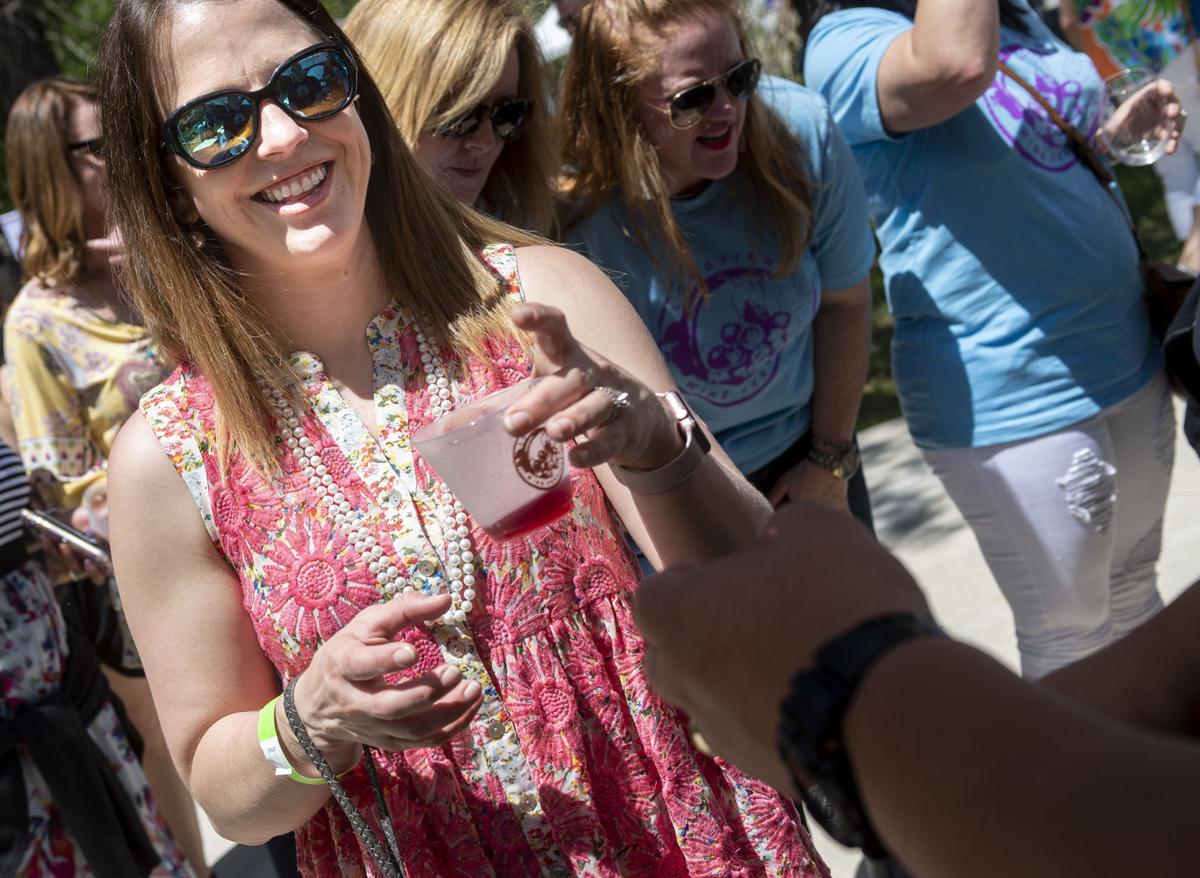 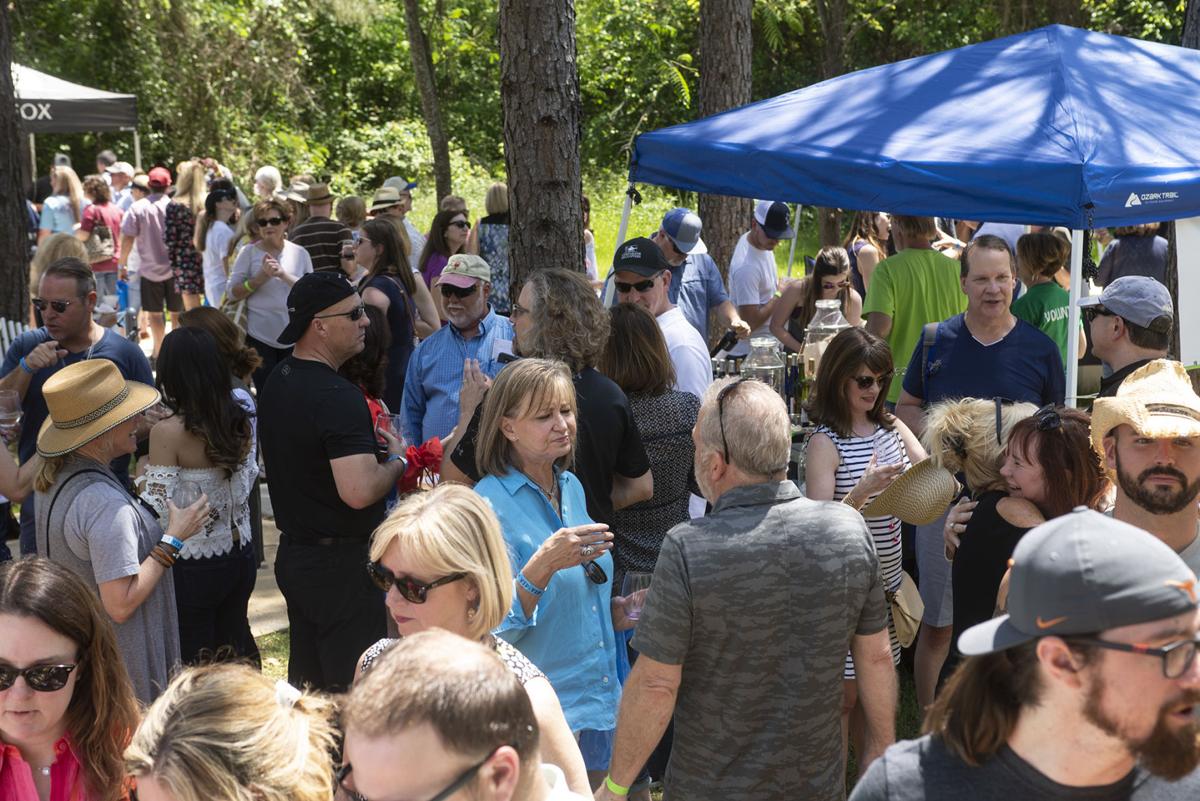 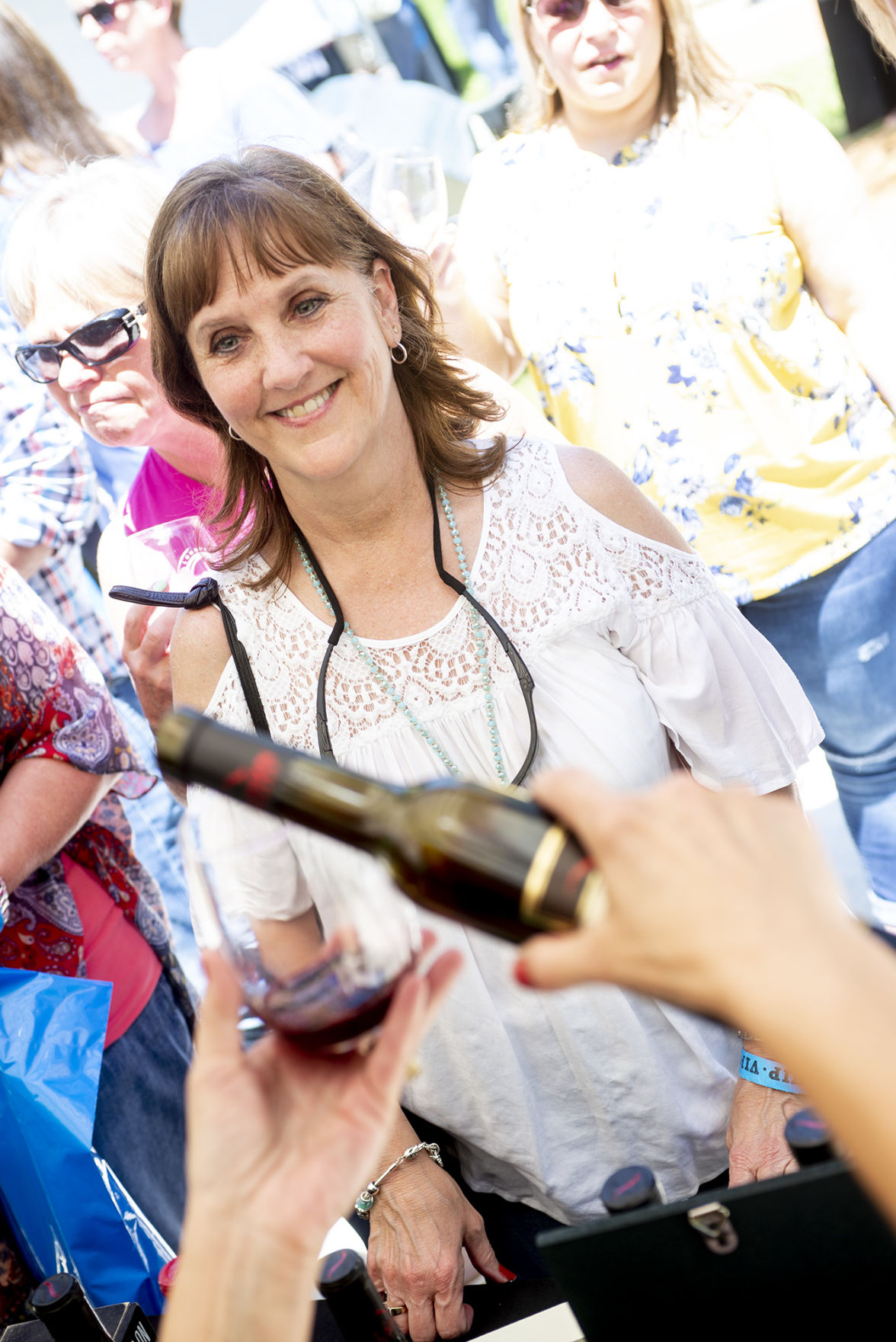 A crowd gathers around the Landon Winery booth.

Deann Marney pours a glass of 2015 Pinot Noir by Landon Winery during the Longview Wine Festival benefiting the East Texas Alzheimer’s Alliance on Saturday at The Green.

Dawndrea and Richard Huffman attend the Longview Wine Festival benefiting the East Texas Alzheimer’s Alliance on Saturday at The Green.

Hundreds of connoisseurs and the curious Saturday packed the Longview Wine Festival fundraiser at the city’s newest park.

Keep Longview Beautiful opened The Green — a 9-acre nature-focused event venue and park — in March, but the Alzheimer’s alliance started selling festival tickets just a few months after it was founded this past year.

“We’ve sold 700 tickets, and we’ve probably had just as many walk up and buy them today,” alliance member and Councilwoman Kristen Ishihara said.

“The red was pretty good on that one,” Crabb said after sampling a McCoy wine labeled Hero.

Dino Ciufi introduced Crabb and others to McCoy’s three labels — Hero, Wink and Seven — and said reception had been positive Saturday.

“It’s been fantastic. They like it and then they’re getting recommendations from folks,” Ciufi said of Longview Wine Festival patrons. “It’s Neal’s first real venture into the wine business. It’s been something he’s wanted to do for a really long time. His fans have been pushing him to get involved with something like this, and so that’s the thrust of the label names.”

Not far away, Louise Hagen walked up to the Enoch’s Stomp table for a sample.

“I’ve been to wineries all over the world, but I’ve never been to a festival,” said Hagen of Longview. “All the VIP tickets are gone or I’d have one of those, but I was one of those procrastinators (so) I’m doing the unlimited tasting.”

“I think you should try the Hot Trot,” Colin Givner, with Enoch’s Stomp, suggested as a wine for Hagen to taste.

Givner said the festival had been a lot of fun and helped in marketing his Harrison County winery to potential customers.

“A lot of people haven’t heard from us, especially in and around town, so it’s good to bring people out and see that we’re out here,” Givner said. “People don’t think East Texas is a wine place, but it really is. There’s a lot of wines.”

“I think they’ve really enjoyed it,” Parsell said of guests’ reaction to tasting White Fox wines. “We have a couple of sweet wines, and on a hot day like today, they really like the blueberry.”

The festival wasn’t an adult-only affair. Food trucks and more than 50 arts and crafts vendors also attended as dozens of young children and several dogs accentuated The Green’s full-family experience.

“I like that there have been so many vendors come out,” said Kimberly Fish of Longview. “It’s great to catch up with people. It’s a great day to be in Longview, and I think this is the kind of event that will bring other people to Longview and show them how great our city is.”

Fish was among several Longview Arboretum and Nature Center board members in attendance Saturday.

Phase 1 construction of the arboretum begins later this month directly across Grace Creek from The Green.

“I’m excited about the turnout,” fellow arboretum board member Anne Hugman said of the festival. “It’s awesome, and just wait until that arboretum opens.”

Longview Wine Festival will be the signature fundraiser for the East Texas Alzheimer’s Alliance, members said.

“It’s been a great turnout. Everybody is wonderful. The weather is fabulous. It’s so wonderful. Everything has been fabulous, and I haven’t been drinking,” Ishihara said. “Longview needs this.”