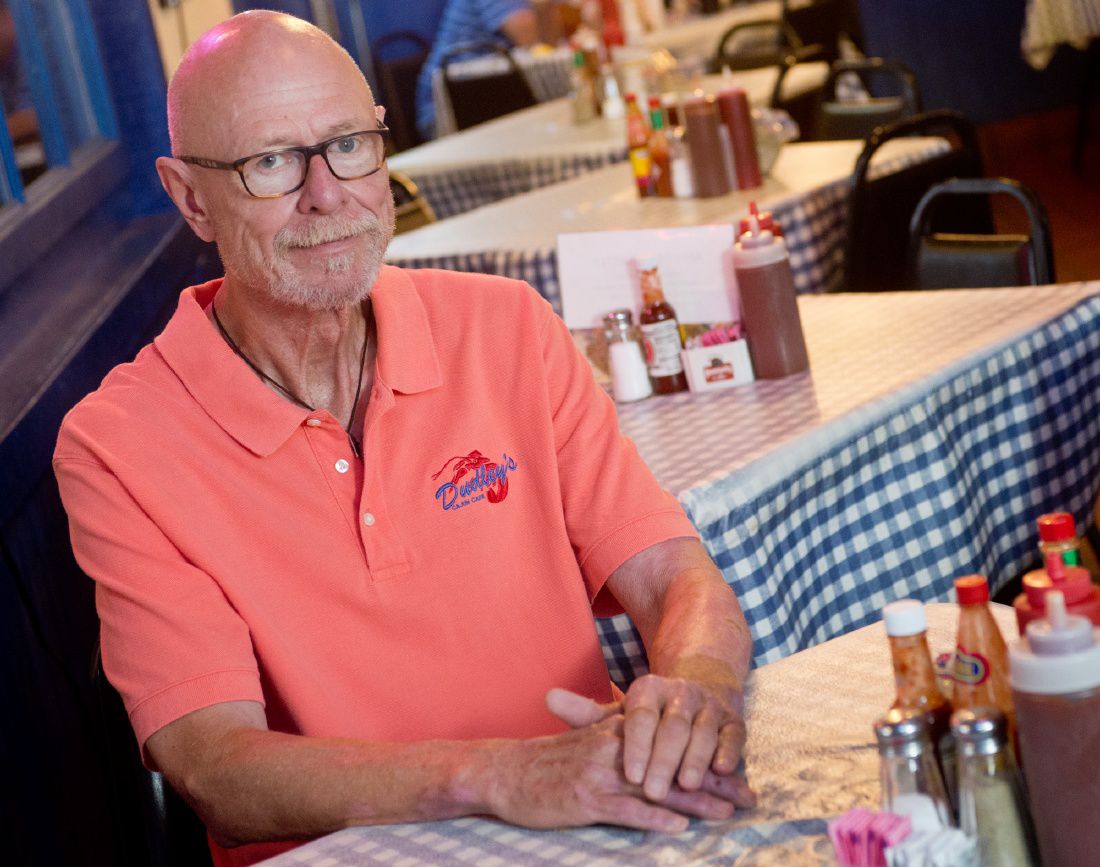 Dudley Lang, owner of Dudley’s Cajun Cafe in Longview, is seen in November 2016. Lang has closed his restaurant after 28 years in business. 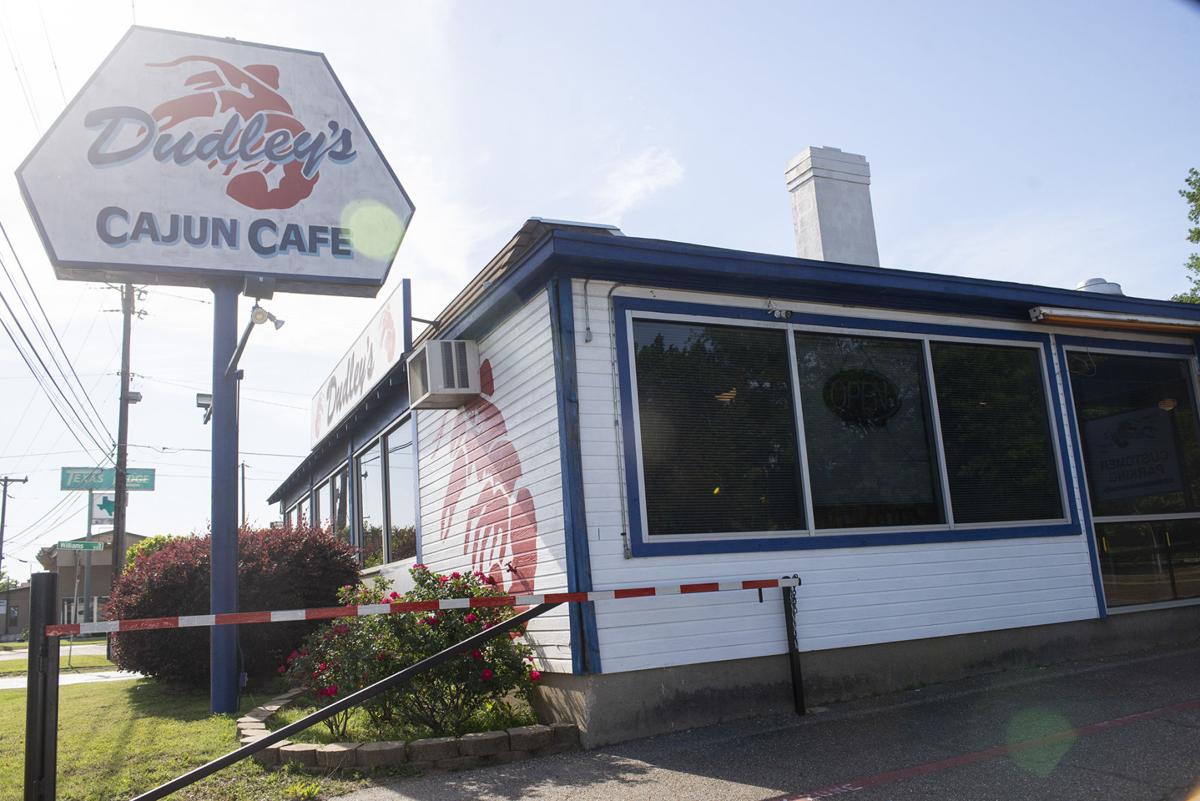 Dudley Lang, owner of Dudley’s Cajun Cafe in Longview, has closed his restaurant on East Marshall Avenue in Longview after 28 years in business. 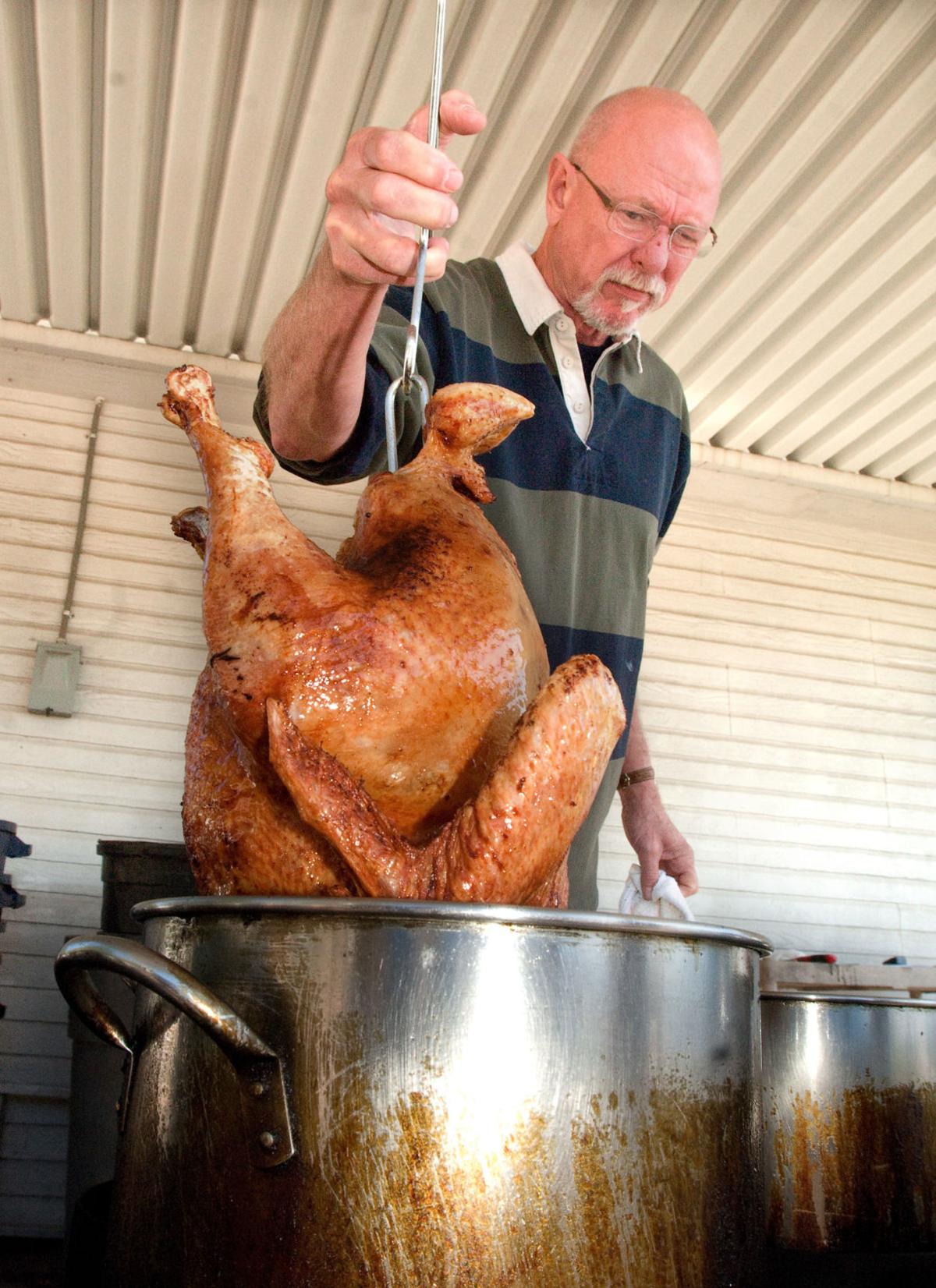 Dudley Lang pulls out a turkey from a fryer in November 2012 at his restaurant, Dudley’s Cajun Cafe in Longview. Lang has closed his restaurant after 28 years in business.

Dudley Lang, owner of Dudley’s Cajun Cafe in Longview, is seen in November 2016. Lang has closed his restaurant after 28 years in business.

Dudley Lang, owner of Dudley’s Cajun Cafe in Longview, has closed his restaurant on East Marshall Avenue in Longview after 28 years in business.

Dudley Lang pulls out a turkey from a fryer in November 2012 at his restaurant, Dudley’s Cajun Cafe in Longview. Lang has closed his restaurant after 28 years in business.

Owner Dudley Lang announced Tuesday night that his restaurant is permanently closed. Lang could not immediately be reached for comment Wednesday. A typed note, hand-signed by Lang and his wife Sheryl, posted to the front door of Dudley’s Cajun Cafe on Wednesday said the pandemic has made the past year “very difficult” for the business.

“The government has made it very difficult for small businesses to survive, but I understand the concern people have due to this virus and the effects it can have on their families and loved ones,” Lang wrote in the note taped to the restaurant’s door. “I have met a lot of people that I consider friends, not just customers. I regret closing the restaurant, but all good things must come to an end. Although we will miss serving this great community, I will be able to spend more time with my family.”

Local restaurant owners Wednesday described Dudley’s closure as “devastating,” and said it is a reminder that residents should patronize locally owned businesses to help sustain them through the pandemic.

Rhonda Fulton, owner of Backstreet Bar and Grill, said she was “heartbroken” about Dudley’s closure. Fulton described being in the restaurant’s parking lot Sunday as Lang loaded up “28 years of hard work” into a trailer.

Chelsea Cace, who co-owns The Cace Kitchen with her mother, Cathy, said it is a heartbreaking decision for a small business to choose to close. Cace, whose family owned and operated Johnny Cace’s Seafood and Steak House for 66 years, recalled her family’s difficult decision.

“We had a loyal staff who had been with us for so long, and we also had many customers who came in and who were so grateful that we were offering something unique to Longview. Out staff and our customers kept us going for a long time,” she said.

The Cace Kitchen is a takeout-only business, and Cace said that while business is down from last year, overall she feels “fortunate and blessed” that her restaurant has survived throughout the pandemic and been able to keep its staff and its bills paid.

She knows that for restaurants that rely more heavily on indoor dining, such as Dudley’s, this year has been tough.

“We are begging people to patronize the places that you want to stay in business,” she said. “A lot of restaurants, especially independently-owned restaurants, do not have the reserves built up to last for a year when your capacity is reduced to 75% or 50% or even less.”

At Backstreet Bar and Grill, Fulton said her restaurant can accommodate up to 125 people at full capacity. The capacity limits combined with fears surrounding the coronavirus continue to mean fewer people come through her doors. Fulton said she’s grateful to her customers who have helped her keep the business open throughout the pandemic.

Lang established the restaurant in Longview about 28 years ago to fill a hole in the community.

“There was not any Cajun food here,” Lang said in 2013. “I saw a niche in the market. So I moved here from Louisiana and opened up.”

It was Lang’s first time to open a restaurant, though he had cooked for family events and gatherings in his past. The restaurant expanded over the years to include another kitchen, a banquet room and a side waiting room to serve customers.

With artwork on the walls reminiscent of New Orleans and Mardi Gras masks and beads serving as decorations, Lang strived to make his restaurant feel as authentic as possible. The primary ingredient in his formula was the food.

“Nearly all of our food products come from Louisiana,” Lang previously said. “Louisiana is famous for its seafood, and New Orleans seafood comes straight from the Gulf.”

Anyone who dined at Dudley’s knew the coleslaw was a must-have pre-meal side, the crawfish enchiladas were a staple, and Thanksgiving brought about Lang’s Cajun-spiced and deep-fried turkeys as well as his signature turducken.

For his cooking, Lang’s restaurant received numerous accolades over the years including being featured in Texas Monthly.

Lang said many times over the years that for him, it was Dudley’s loyal customers who left the mark on him.

In the note placed on the door at Dudley’s, he wrote, “I would like to thank all of you for your friendship and patronage with us for the last 28 wonderful years.”