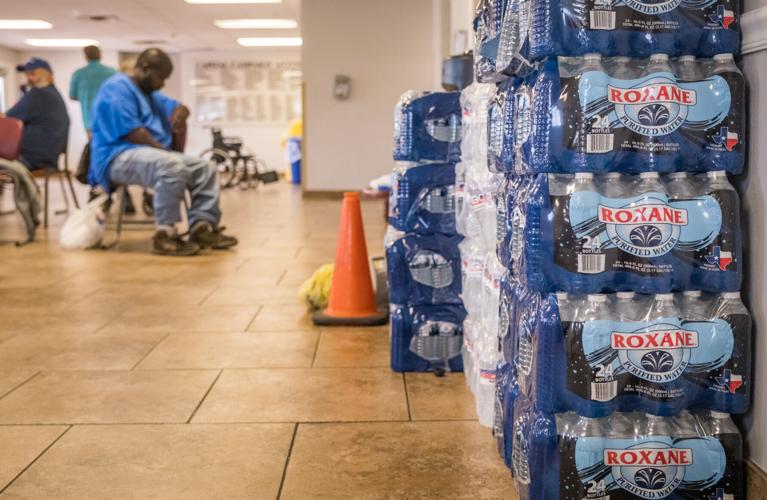 Water and iced tea are available Tuesday to homeless men resting in the air-conditioned day room at Hiway 80 Rescue Mission in Longview. 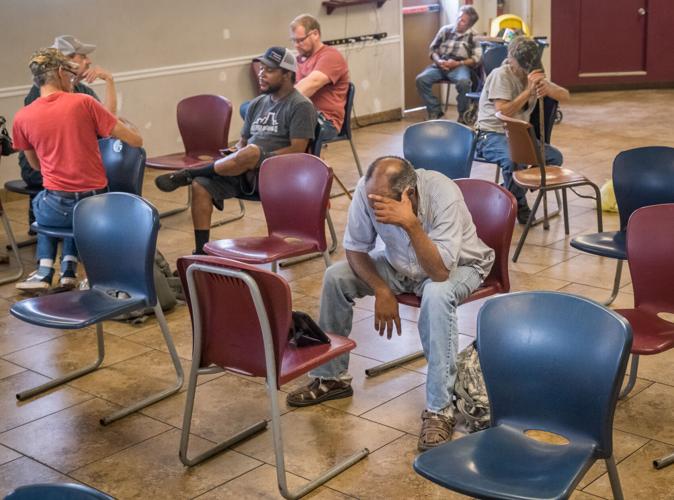 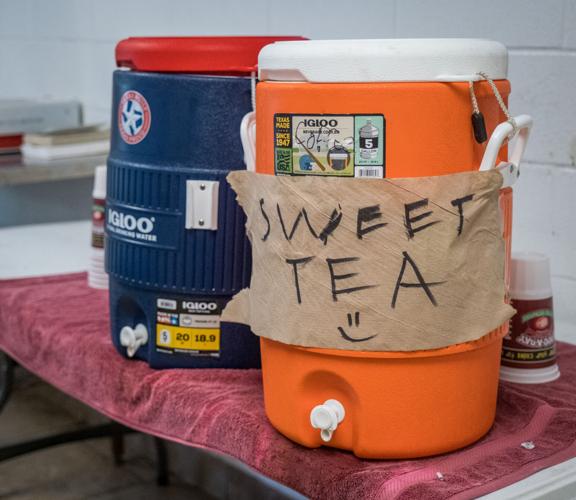 Water and iced tea are available Tuesday to homeless men resting in the air-conditioned day room at Hiway 80 Rescue Mission in Longview.

Bonifacio Figueroa and Seth Watters began backpacking from Houston nearly two weeks ago. They got to Longview without a place to stay and decided to sleep outside. The heat changed those plans.

The two made their way to the Hiway 80 Rescue Mission after finding it from an online search at the library.

“It was just getting too difficult to be out there,” Figueroa said.

The Associated Press recently reported that excessive heat causes more weather-related deaths in the country than hurricanes, flooding and tornadoes combined and that high temperatures contribute to about 1,500 deaths in the U.S. annually with about half of those of people who are homeless.

Local shelters and missions across Longview are seeing higher numbers of people using their services as summer temperatures continue to rise.

NaTusha Howard, executive director of Newgate Mission, said it has seen more people visiting because of the heat.

“We’ve really seen lots of new people, people who are middle-aged, young adults, a lot of men. And now that it’s extremely hot, people come in and stay with us a little longer throughout the day,” Howard said.

Services like laundry, showers and requests for cooler clothing have been in high demand, Howard said. With more people sticking around to watch TV or to socialize rather than be outside in the heat has the mission feeling more like a community center again, she said.

The mission typically offers showers 8 a.m. to 1 p.m. Monday through Friday, but it might extend the services through the weekend to accommodate the growing number of people seeking solace from the heat.

Hiway 80 Rescue Mission also has been providing its services to more people.

According to Chase Rodgers, director of Hiway 80’s Longview ministries, the mission has seen an increase of at least 20% in the past month of patrons at the Women and Families Shelter and the men’s center.

“Since it’s gotten hotter, we’ve seen an uptick in people coming in for inclement weather ... people who have no homes, people from encampments or just people without air conditioning or running water (in their homes),” Rodgers said.

The mission defines inclement weather as any type of weather that puts people in danger such as tornados, flash floods, extreme cold and — in this case — extreme heat.

The shelter has what it calls a life-threatening policy in place wherein it relaxes its entrance requirements when weather turns threatening, Rodgers said. Representatives from the mission previously said that most of those days occur during the summer.

Director of Development Amelia Heatherly said that as the heat increases so does the number of people at the mission.

Since arriving at the mission, Figueroa and Watters have been using the showers to combat the heat. Figueroa said it seems like more people are choosing to stay inside the mission rather than outside.

“It just got overbearing after a while,” Watters said of his and Figueroa’s decision to seek shelter at the mission.