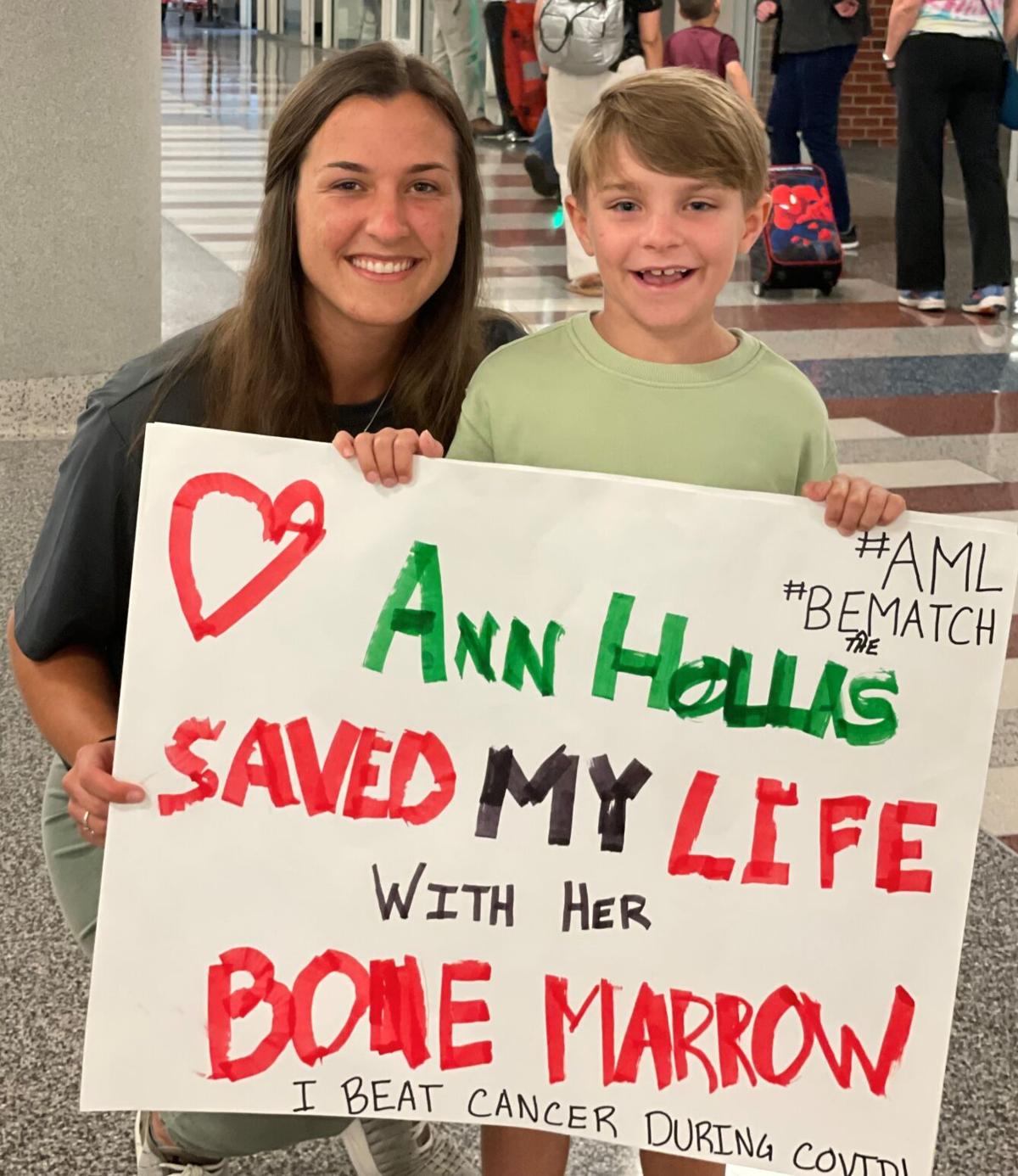 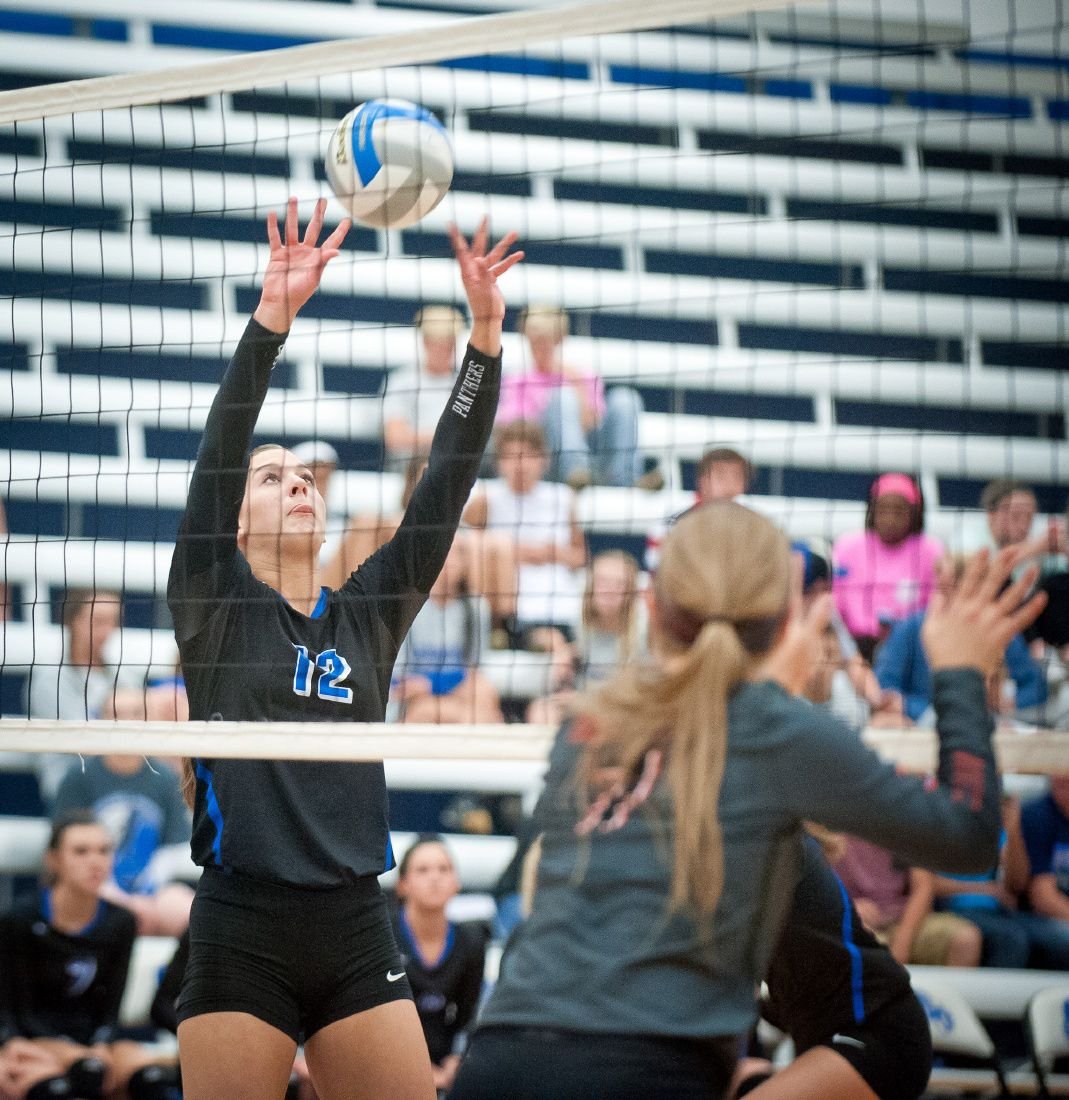 Spring Hill’s Ann Hollas sets the ball during a match in September 2015 against Gilmer.

Spring Hill’s Ann Hollas sets the ball during a match in September 2015 against Gilmer.

Ann Hollas was a standout athlete and model student during her four years at Stephen F. Austin State University.

The former Spring Hill High School multi-sport athlete put in the work necessary to become a dominant player on the volleyball court at SFA while also earning academic All-American honors for her work in the classroom.

She also found the time to save a life while attending the Nacogdoches college.

Hollas, who just completed her first year of studies and work at the University of North Texas Health Science Center Medical School in Fort Worth, recently returned from Virginia where she met the young man she donated bone marrow to in May 2020.

“Mostly, I was just excited,” Hollas said of meeting 7-year-old Cooper Muncy. “The whole situation is just so unique. I barely know them, but I feel like family already. They were so excited, and that helped me with my nerves. I just can’t imagine how much they’ve gone through, and to see them so excited and to share in that joy with them was incredible.”

Cooper, according to Hollas, is a typical boy who loves Legos and baseball and is full of personality and jokes. Cooper’s mom, Jen Muncy, said Cooper is also aware he’s a miracle child and that Hollas is a big part of that miracle.

“Cooper took to her right away,” Jen said. “He understands she saved his life. She gave her bone marrow. It went into his bones and created a while new immune system for him. He understands the entire process. I think he considers her family now.”

The process for this particular miracle began during Hollas’ freshman year in 2016 when she was working at a “Be The Match” tent at SFA, helping the National Marrow Donor Program resister potential donors. She was one of the athletes running the tent and said she signed up and had a cheek swab done.

Hollas said she didn’t think about it again until April of her senior year when she got a call saying she was a potential match. She gave a blood sample at a facility in Nacogdoches, and three weeks later received a call notifying her she was a match for a 6-year-old boy.

Two options are available to extract marrow from a donor, and Hollas chose a Peripheral Blood Stem Cell donation, a nonsurgical procedure done at a blood center or outpatient hospital facility. For five days leading up to the donation, she was given injections of a drug called Filgrastim to increase the number of blood-forming cells (also called stem cells) in her bloodstream.

The rest was up to Cooper, and his body has reacted like a champ. Hollas said the day she flew to Virginia to meet Cooper and the family, he had a doctor’s appointment, and “They said his numbers look fantastic. He’s doing great.”

By agreement through the Be The Match program, the families could have anonymous communication only for nine months. A year after the transplant (May 11), Be The Match sent consent forms to both parties asking if it was OK to give out information.

“Once I sent that in saying it was OK, I got a text a few minutes later from the mom wanting to meet,” Hollas said.

“We were thrilled and honored she wanted to come to Virginia and meet us,” Jen Muncy said. “She spent a couple of nights with us, and we got to know her. It was so special and just hard to put into words. Overwhelming joy is probably the best way to describe it. She just felt like family instantly.”

Hollas and the Muncy family believe the match was guided by a divine hand.

“I feel so blessed to have gone on this journey with them,” Hollas said. “I really feel this was led by God in such a big way from the start. When I signed up, I never could have predicted I would be a match, and then for it to go so well and get to met this family is just such a blessing.”

“We’re believers, and we had a really good friend tell us she had a dream about Cooper when he was in the midst of all of this,” she said. “She saw him on his graduation day and his wedding day and later speaking to thousands of people giving his testimony. So many people have prayed for him and have been following this story. It’s been remarkable.”