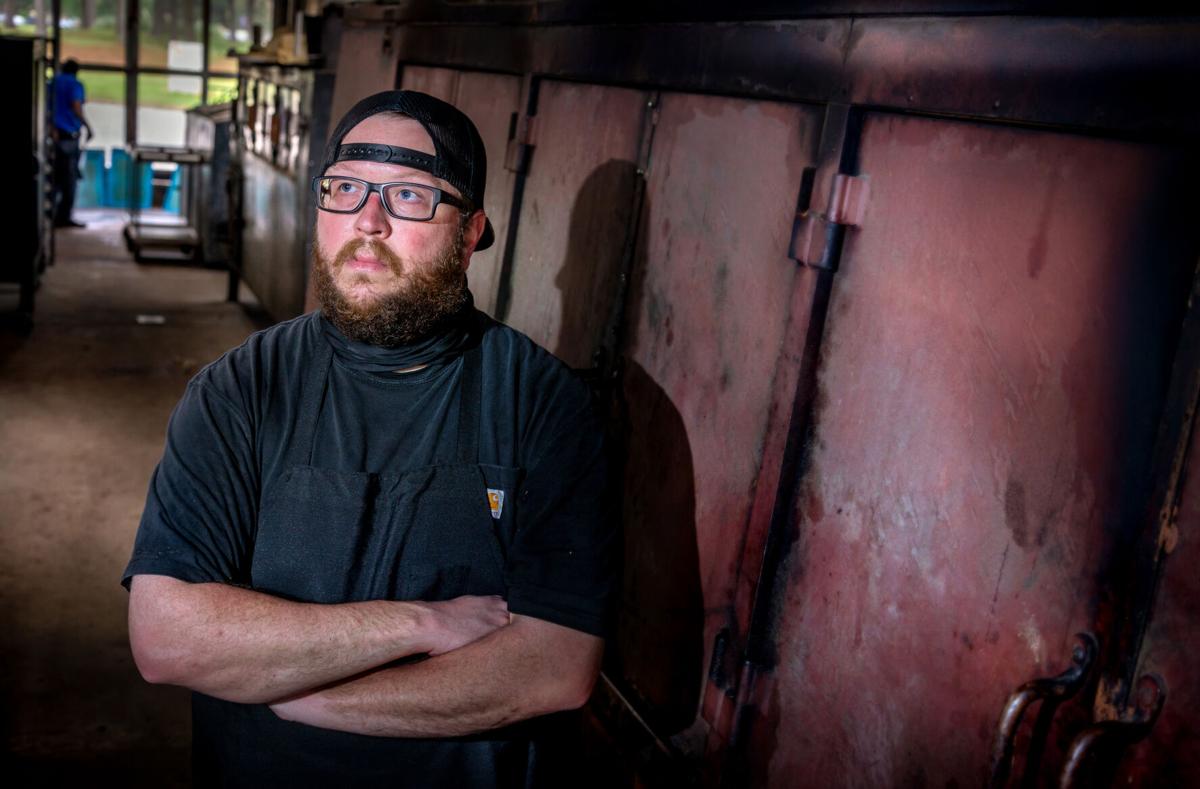 Former Bodacious on Mobberly pitmaster Bryan Bingham, seen in September, plans to open Sunbird Barbecue in about two weeks at Heritage the Market at Green Top, 7486 U.S. 259 in Longview. 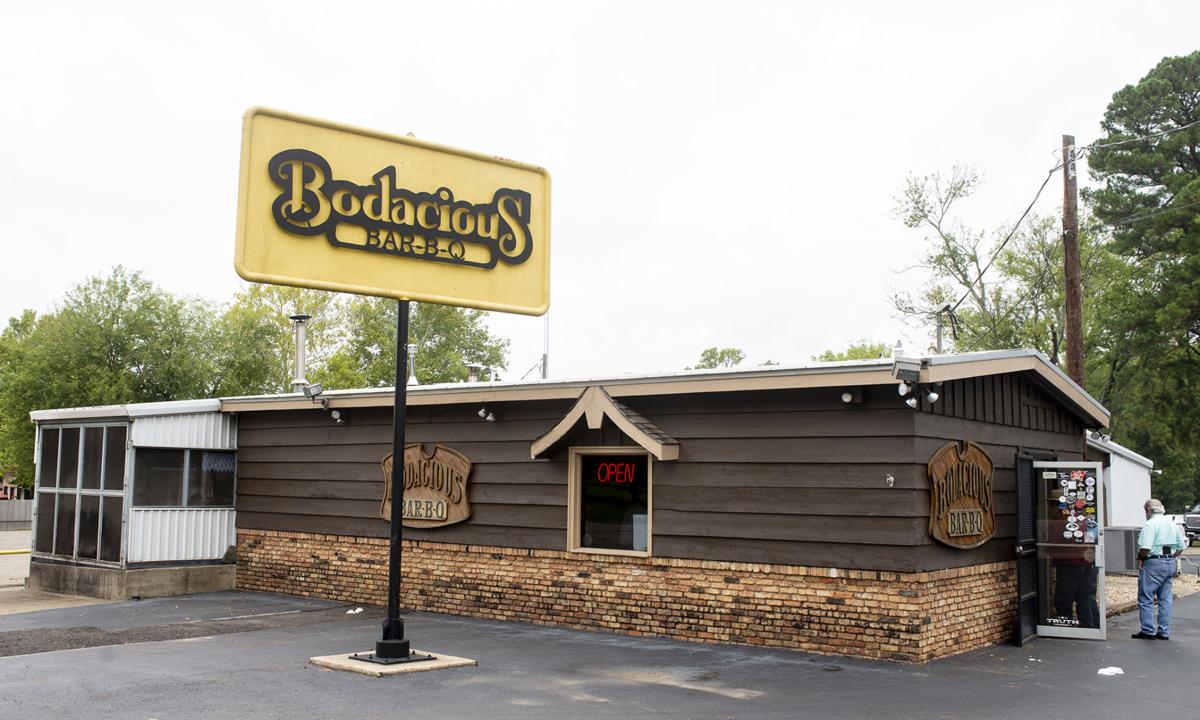 A line begins to stretch out of the entrance of Bodacious on Mobberly in September 2018. The restaurant is temporarily closed to make repairs and perform maintenance and updates to the building.

Former Bodacious on Mobberly pitmaster Bryan Bingham, seen in September, plans to open Sunbird Barbecue in about two weeks at Heritage the Market at Green Top, 7486 U.S. 259 in Longview.

A line begins to stretch out of the entrance of Bodacious on Mobberly in September 2018. The restaurant is temporarily closed to make repairs and perform maintenance and updates to the building.

As pitmaster Bryan Bingham departs Longview’s iconic Bodacious on Mobberly to start his own barbecue venture, the longtime restaurant is temporarily closing its doors to make repairs and updates to its building.

Bingham plans to open Sunbird Barbecue in about two weeks at Heritage the Market at Green Top, 7486 U.S. 259 in Longview. Opening day will be announced soon, pending final inspections.

“When I first got into cooking and into barbecue, it’s always been my dream to open up my own place,” Bingham said Wednesday. “It just felt like it was time.”

Bingham and his wife, Kimmy, along with David Segovia, all of whom worked at Bodacious on Mobberly, have left the restaurant to venture out on their own together. Their new business comes in partnership with brothers Nishil and Vivek Patel, owners of Heritage Wine & Spirits and Heritage the Market at Green Top.

As Bingham departs Bodacious on Mobberly, the restaurant that has been serving some of Longview’s best-loved barbecue for more than 50 years is taking the opportunity to make repairs and perform maintenance and updates.

“We apologize to our customers for any inconvenience this may cause, and we want to remind them that there are several Bodacious locations close by for them to get their BBQ fix,” own Nancy Lindsey said, as she noted Bodacious locations on Loop 281 in Longview as well as in Gladewater, Hallsville, Marshall and Tatum that are open. She added the Sixth Street Bodacious location in Longview plans to reopen in a few weeks after being closed since a September fire.

“We look forward to reopening in the near future to continue delivering that same great Bodacious flavor our fans have enjoyed for over 50 years,” Lindsey added.

Because of Roland Lindsey’s declining health, he closed the Mobberly Avenue location in December 2013. With Lindsey’s blessing, former pitmaster Jordan Jackson reopened the restaurant in June 2015.

The restaurant has received numerous accolades throughout the years, including ranking fourth on Texas Monthly’s barbecue list in 2017 with a rating of 4.75 out of 5.

Bingham began working at Bodacious on Mobberly shortly after Texas Monthly’s 2017 list was released. He credits his wife with first helping him become interested in cooking.

A former self-described lover of “chicken nuggets and French fries,” Kimmy Bingham helped her husband expand his palate to become more adventurous. When she did, Bingham discovered a love for foods and flavors that would lead him to culinary school at Kilgore College.

After stints at a couple of other restaurants in town, he was approached by Jackson to come work at the restaurant. Bingham started there in August 2017 and was pitmaster for two years after Jackson’s departure.

What started as an idea to open his own barbecue joint is transforming into a reality. Sunbird Barbecue will initially open with a large-scale trailer setup at Heritage the Market at Green Top. While it likely will open initially serving just to-go orders, Bingham said plans already are in place to add outdoor seating in the near future.

Bingham said that, in conjunction with Segovia, he’ll be smoking the traditional barbecue meats that East Texans have grown to love. They’ll also continue to make their own sausage and create a variety of specials while Bingham’s wife will bake desserts and help prepare sides.

The goal is to become a place that the community can gather, he said. In addition to outdoor seating, it’s likely that in the future there could be some outdoor games, such as cornhole, and other events at the location.

While Bingham has traveled to collaborate with numerous other restaurants over the years, he’d like to see Sunbird Barbecue bring in pitmasters and chefs from across the state and nation to Longview for similar collaborative efforts.

“We really want to draw attention and draw crowds to Longview,” he said. “A big focus for us is to bring people here and show them what Longview has to offer.”

Bingham said he’s grateful for his time at Bodacious on Mobberly, but he’s also excited to start his own business.

“I’m very thankful for the opportunity that they gave me. They entrusted me with their legacy,” he said. “I hope nothing but the best for them.”