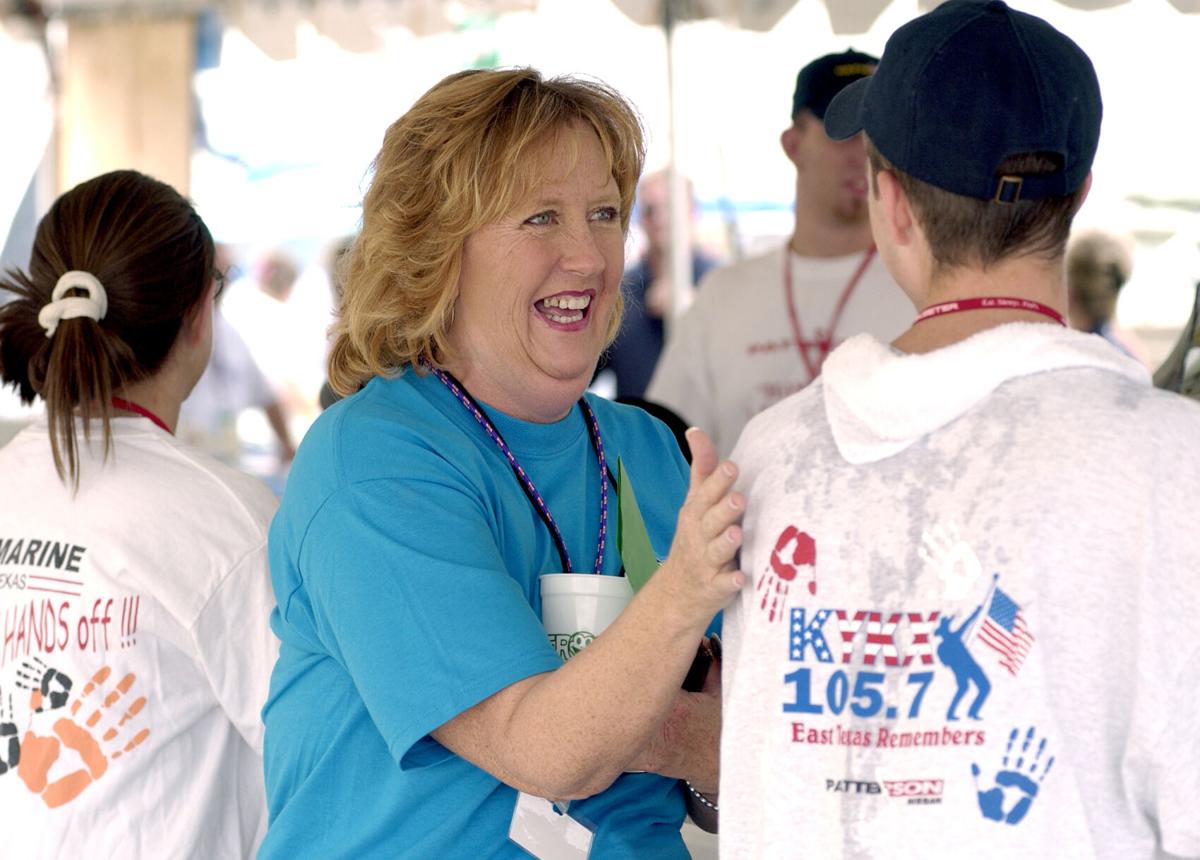 Jan Maynard talks with Hands on a Hardbody contestants in September 2002. Maynard, who helped organized the promotional contests at Longview’s Nissan dealership, died this past week at age 66. 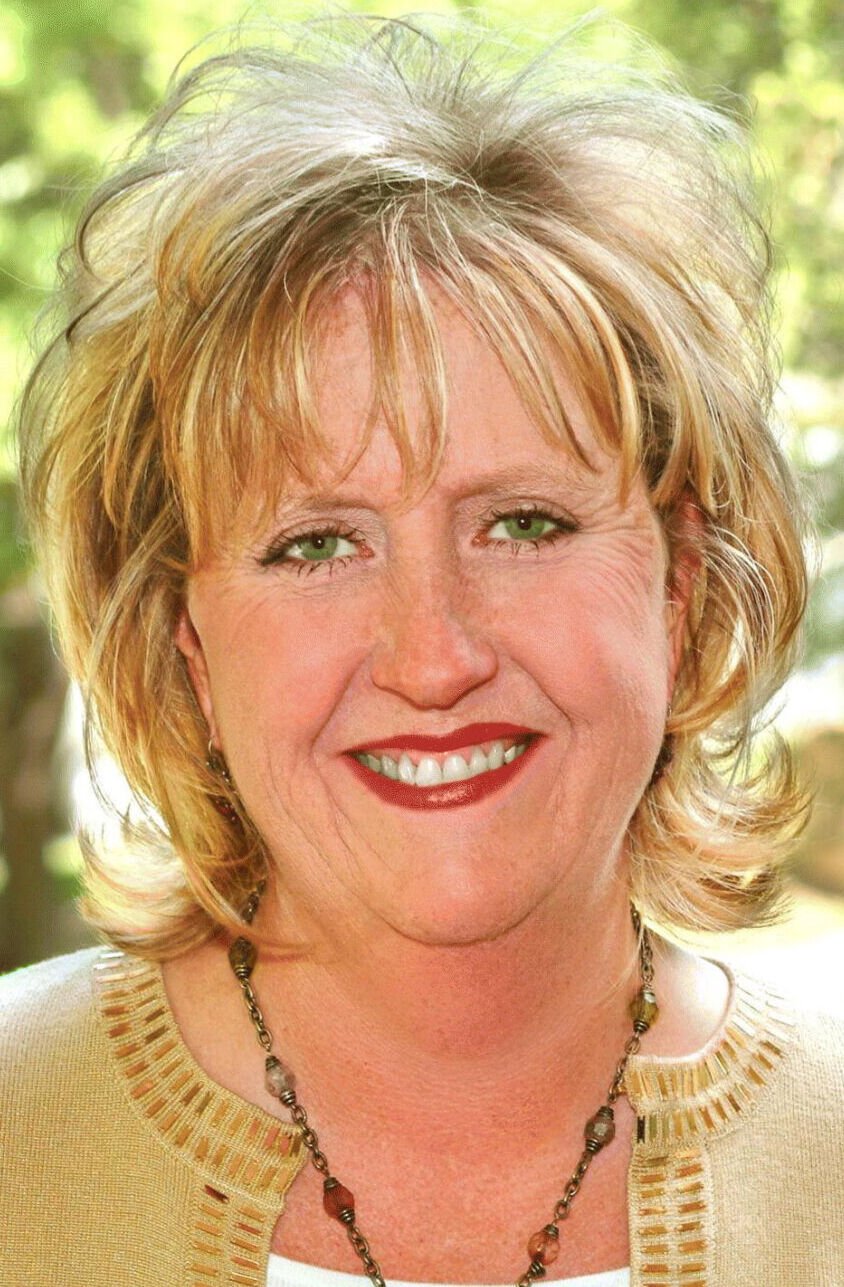 Hard worker, hilarious, kind and generous are a few of the words used by longtime friends and colleagues to describe Jan Maynard, who leaves a legacy of volunteer work in Longview.

Maynard, 66, who also helped organize the defunct Hands on a Hardbody promotional contests at Longview’s Nissan dealership, died this past week from Alzheimer’s disease.

“I have about five hours’ worth of stories about Jan,” longtime friend and co-worker Gai Bennett said Friday, laughing.

Maynard was born and raised in Odessa and graduated from the former Pan American University in Edinburg. She later started her career in the hospitality industry as events and sales manager for the Odessa Hilton Hotel.

“Jan was ADHD, and she made that work for her like nobody else on this Earth,” said Bennett, development director at Northeast Texas Habitat for Humanity. “She could get more done with a spiral notebook and a telephone than anyone in the world — more done than a department of 15.”

After she moved to Longview in 1991 to become the marketing manager for the new KFXK-FOX 51 television station, the city became her true home, Bennett said.

Bennett said she met Maynard at KFXK-FOX 51 and recalled their first meeting. She said it was about 8 or 9 p.m. on a Sunday when Bennett heard someone banging on the back door of the TV station.

“And there’s Jan, ‘Hello, I just drove in from Odessa, Texas, and I start work here tomorrow and I need to use the bathroom,’ ” she said, laughing. “I think I was the first person she met in Longview, and we were the best of friends.”

“When she came to work for the TV station, she was recruited to become their marketing and promotions manager,” she said. “She had never worked in TV before, but she took to it like a fish to water. She was very bright and she figured things out.”

Tammy Skinner said she was working in marketing at the Longview Mall during the time Maynard was at the TV station.

“We both had a heart for marketing and volunteering,” Skinner said. “She wanted other people to give back to their community as well.”

Skinner said Maynard had a way of asking a person to get involved in a project without really asking.

“Next thing you know, you were in it,” Skinner said, laughing. “Everything she touched went in the right direction.”

Maynard later joined Jack Long Nissan as the auto dealership’s marketing director, eventually organizing a promotional contest called Hands on a Hardbody. The contest was focused on endurance as the dealership would give a Nissan Hardbody truck to the contestant who could keep his or her hands on it the longest.

Hands on a Hardbody grew in popularity, becoming an annual contest even through several dealer ownership changes.

“She brought people from all over the world to see that contest,” Skinner said.

The contest became the subject of a documentary film and eventually even a Broadway musical.

Bennett said Maynard loved the attention and notoriety that the productions about the contest brought to Longview and the dealership. Maynard traveled to New York when the show premiered on Broadway and was invited on stage to meet the cast.

“There is a picture of her for the memorial service of when they called her on stage,” Skinner said. “The look on her face. That was one of the proudest moments in her life.”

She became Junior League president for the 2003-04 year, served on the Great Texas Balloon Race board for 22 years and was race chair in 2009.

Maynard recruited Bennett to be on the balloon race board about 12 years ago.

In 2009, Maynard left Longview and returned to Odessa to care for her aging mother. She returned after her mother’s death in 2014.

Skinner said Maynard got to know many civic leaders in the community and networked in order to help people.

“She connected the dots not to further herself but to give back to her city that she loved so much,” Skinner said.

Maynard was preceded in death by her parents, Marion Adams and Ruth Haddow Adams. She is survived by her son, Kenneth Maynard and his wife, Amanda; grandchildren, Shawn, Gavin, Trendon and Ava; sisters, Kathy Cogdill and Christina Reyes; and brothers, Michael Adams and Wes Brownfield.

A memorial service is scheduled at 11 a.m. Monday with visitation at 10 a.m. at Rader Funeral Home in Longview.

Jan Maynard LONGVIEW — Funeral services are scheduled for Jan Maynard, 66, of Longview, 11 a…