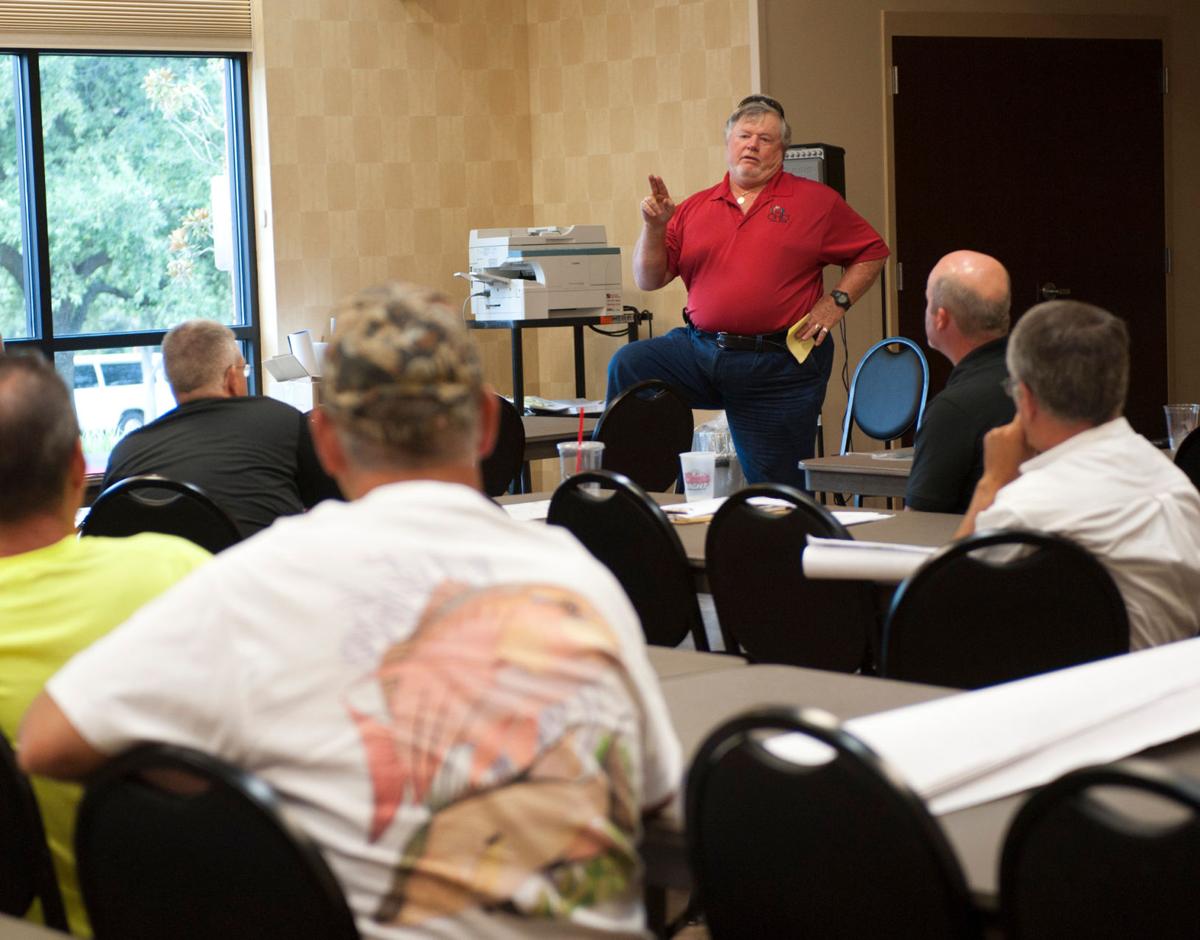 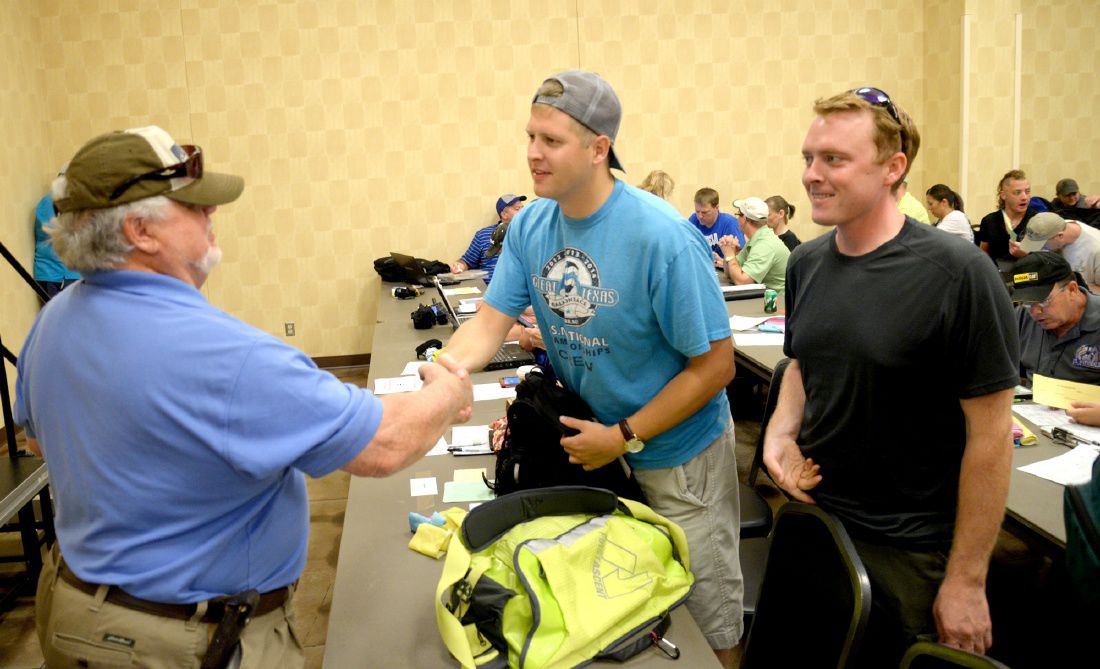 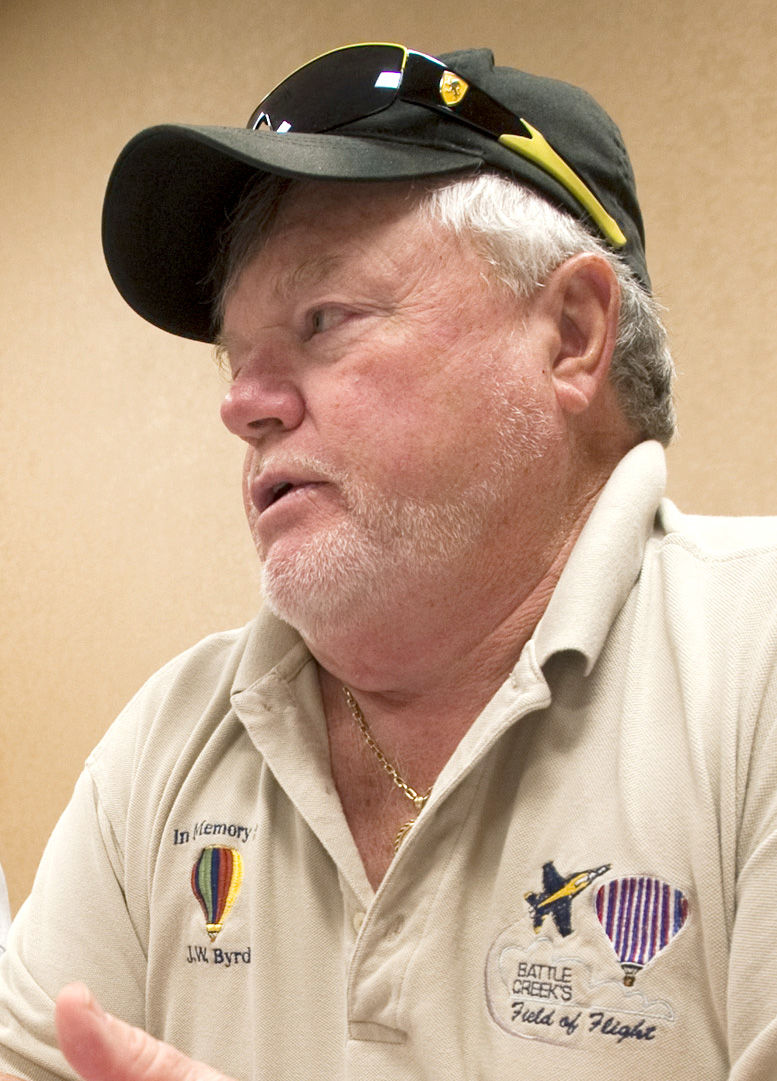 A man who for almost 30 years announced the decision to fly or stay grounded for competition flights of the Great Texas Balloon Race was remembered this week for his commitment to Longview and to the sport of ballooning.

Jim Birk died Monday in McAllen from leukemia, which he had for more than three years. He was 76.

Bill Bussey, Longview balloon pilot and founder of the Great Texas Balloon Race, said Tuesday that Birk was a “world-class” balloonmeister, a name given to a race director.

As director, Birk would call the shots and manage balloon pilots.

Bussey said during competition flights with Birk as director, “He penalized the hell out of me.”

“He’s extremely fair. He’s very thorough, and there are very few in the entire world who are capable of doing what he does and in the manner that he does” Bussey said. “His reputation for that is worldwide.”

Birk was only the fourth balloonmeister to direct the Great Texas Balloon Race in its 42 years. Its first director served in that job for one year, as did the second. Bussey became balloonmeister in 1980 and kept that role until Birk took it over in 1991.

He was on hospice in McAllen when he died Monday. Bussey said he was put into hospice not long after being admitted to the hospital Saturday. Birk is survived by his wife and four daughters.

He was inducted into the U.S. Ballooning Hall of Fame in July. The admission into the hall in Indianola, Iowa, put Birk among ballooning’s most elite club. But to Bussey, also a member of the Hall, Birk was already there.

“I just think the world of him,” he said.

Birk, who grew up on a farm in Indiana, began his ballooning career in 1970 after a colleague asked him to help teach a non-credit ballooning course at Defiance College in Ohio, where he was a professor.

After learning how to fly, Birk said he was hooked and began moving from competing to directing countless world and national championships. His time as Great Texas Balloon Race director included 2012 to 2015, during which the U.S. National Hot Air Balloon Championships were flown in Longview in conjunction with the GTBR.

Event chairwoman Rhonda Bullard said the Great Texas Balloon Race has been “blessed” to have Birk serve as championship director.

“It was never a mystery where I stood with Jim or what his opinion was, because he would tell me, quietly and without grandeur, as was his style,” she said. “He was always fair, a man of strong character and ethics.”

Bussey, however, said the man who succeeded him as GTBR director also had a fun side.

In 1979, he recalled being with Birk in New York as part of a pro tour.

They had a successful flight, and he and Birk each had a bottle of champagne with them afterward.

“As we opened them, we aimed at this fire alarm in the building at the hotel,” he said. “Well, I missed it a long way. Jim hit it. And water started spraying on us, and the fire department showed up.”

In spite of his gruff exterior, Bussey called him a “benevolent teddy bear.”

GTBR Pilot Co-Chair Sherry Speer Rand also referred to Birk as a teddy bear and talked about his professionalism.

“When I think of him, I think of the pioneers who really worked to make this thing so much better,” she said.

“He was tireless in that.”

Bullard said a celebration of life will be planned at a future time. Donations in remembrance of Birk can be made to Soft Winds, c/o GTBR, P.O. Box 3988, Longview, TX 75606.