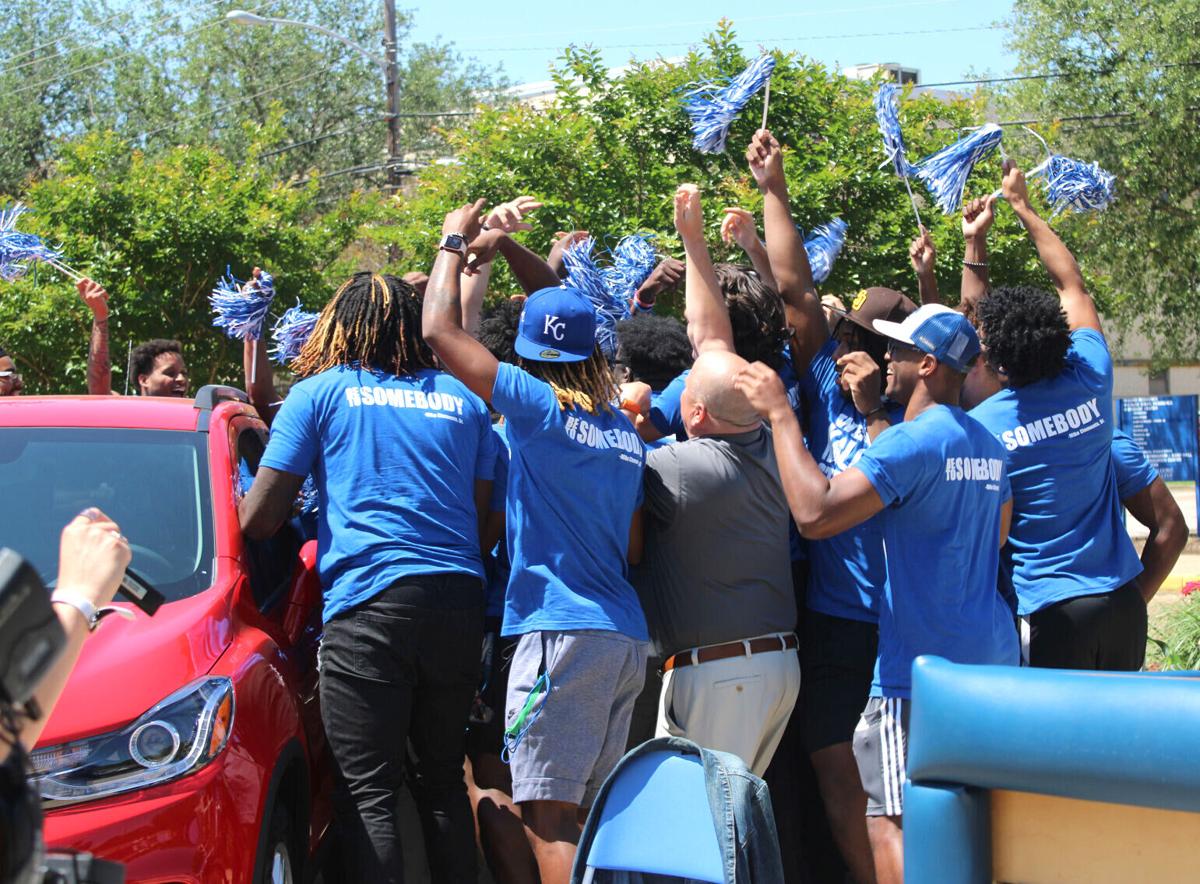 Members of the Kilgore College football team swarm Zhyon Bell after he won a new car Thursday at the Cruise for Success giveaway. 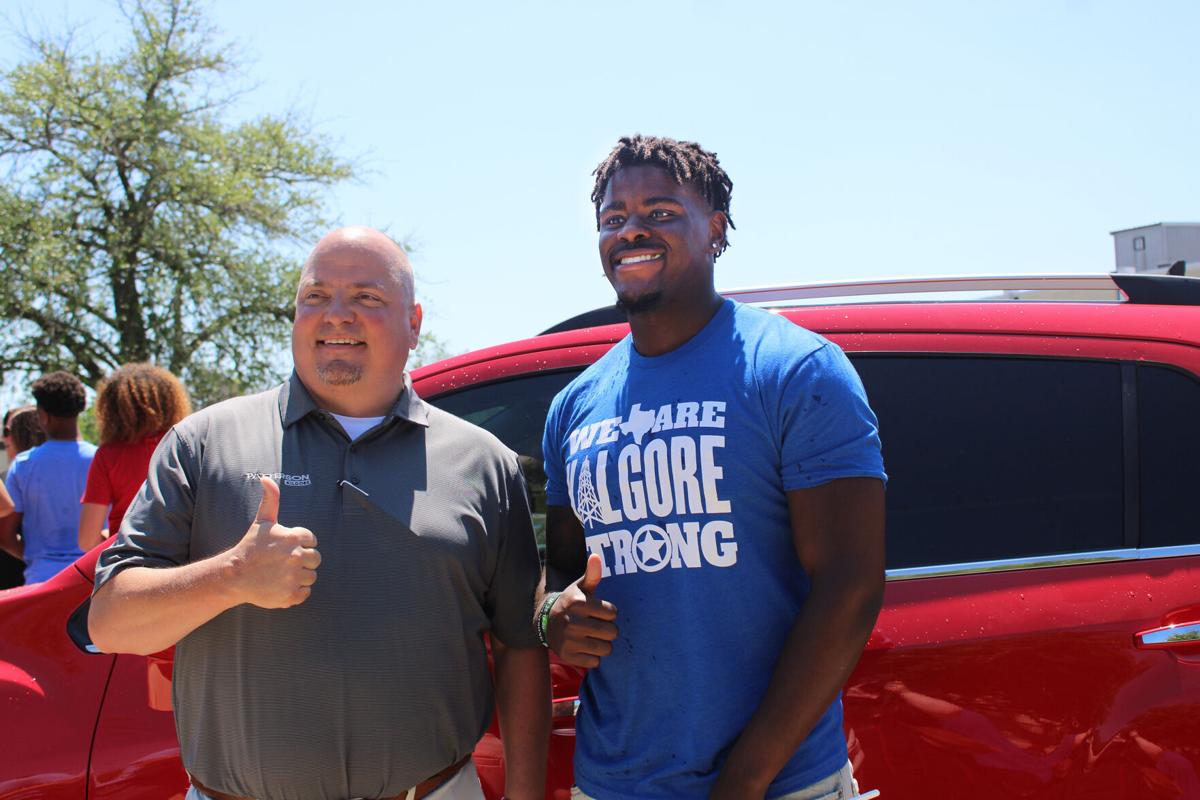 Members of the Kilgore College football team swarm Zhyon Bell after he won a new car Thursday at the Cruise for Success giveaway.

KILGORE — Zhyon Bell’s birthday is next week, but he got his biggest present Thursday: a new Chevrolet Trax.

The Kilgore College business administration student took home the top prize at the second annual Cruise for Success car giveaway — much to the delight of his KC football teammates, who swarmed him in a celebratory group hug when they realized he had won.

Bell, who is from Porter, said after KC, he wants to transfer to a four-year school to continue his education.

He was one of a number of students who qualified for the Cruise for Success program.

Under the program, students have the chance to compete for monthly prizes and the ultimate prize of a new car by doing things that will lead to academic success and the completion of their degrees. Thursday’s drawing in the middle of the Lee Mall/Mike Miller Plaza was between the top 10 point-earners.

The last two, Bell and Vianey Galvan, got to draw for a car key fob. The student with the car fob that worked took home the Trax, provided by Patterson Chevrolet of Kilgore, and $200 worth of fuel cards from Brookshire’s while the runner-up took home $1,000.

Bell hit his button, it worked and he screamed in excitement. Galvan, too, couldn’t help but get excited for Bell as his teammates rushed to him.

“It means a lot because I don’t have a car right now,” Bell said. “I’ve been wanting a car too, so this is very big. My birthday’s next week, so it’s an early birthday present.”

“The opportunity that I had to stay at home, get my life on track and really just get a good education and a good headstart — I knew what I wanted to do. I knew I wanted to be a race car driver, but sometimes you need to get your ducks in a row before you take off and set on that trail of life,” he said.