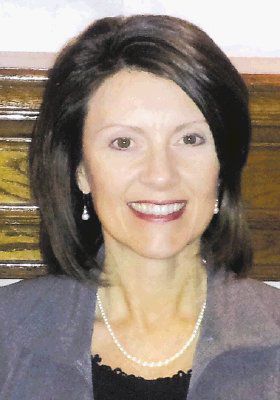 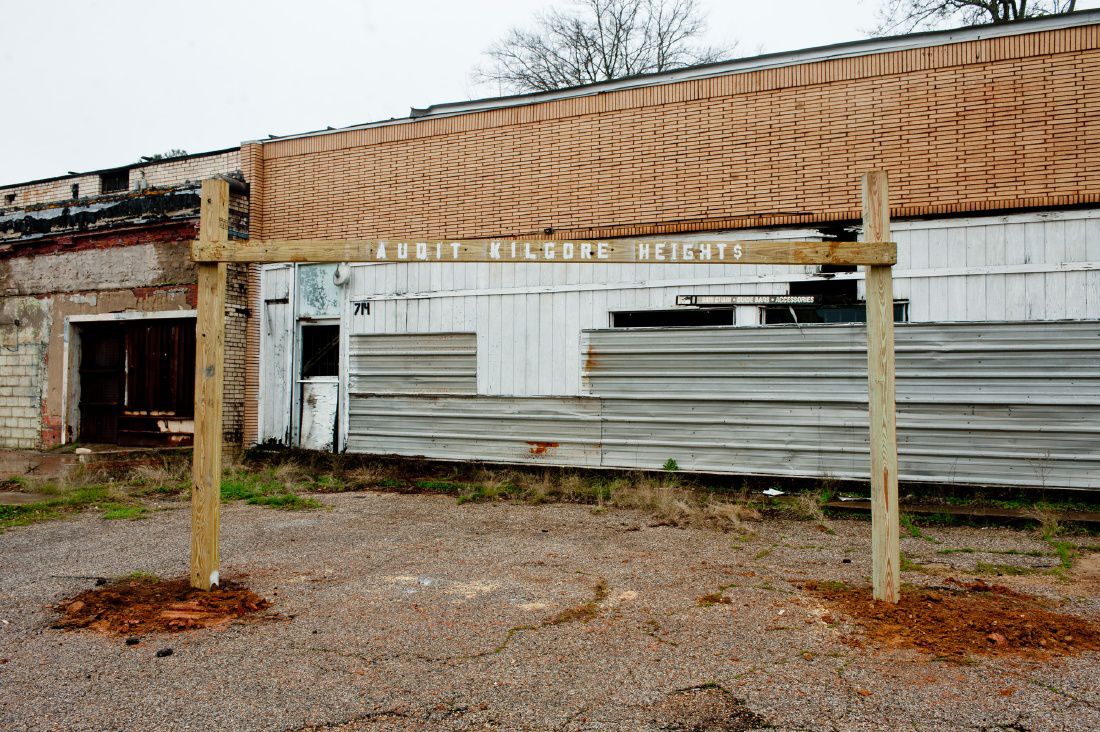 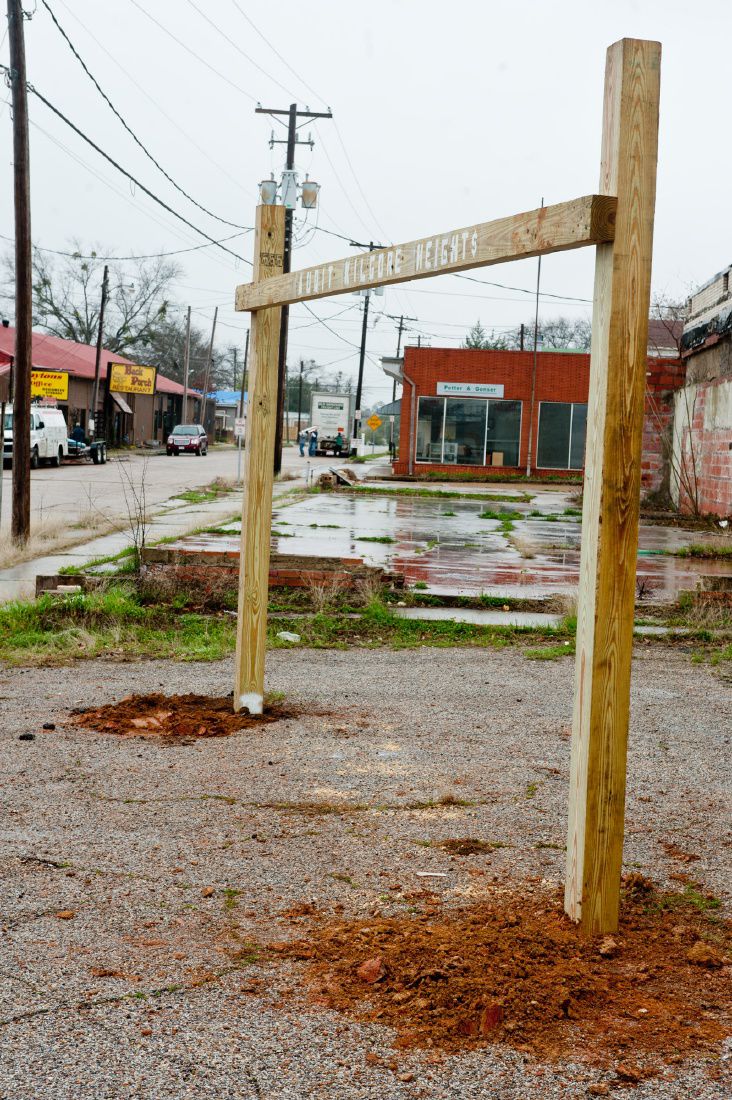 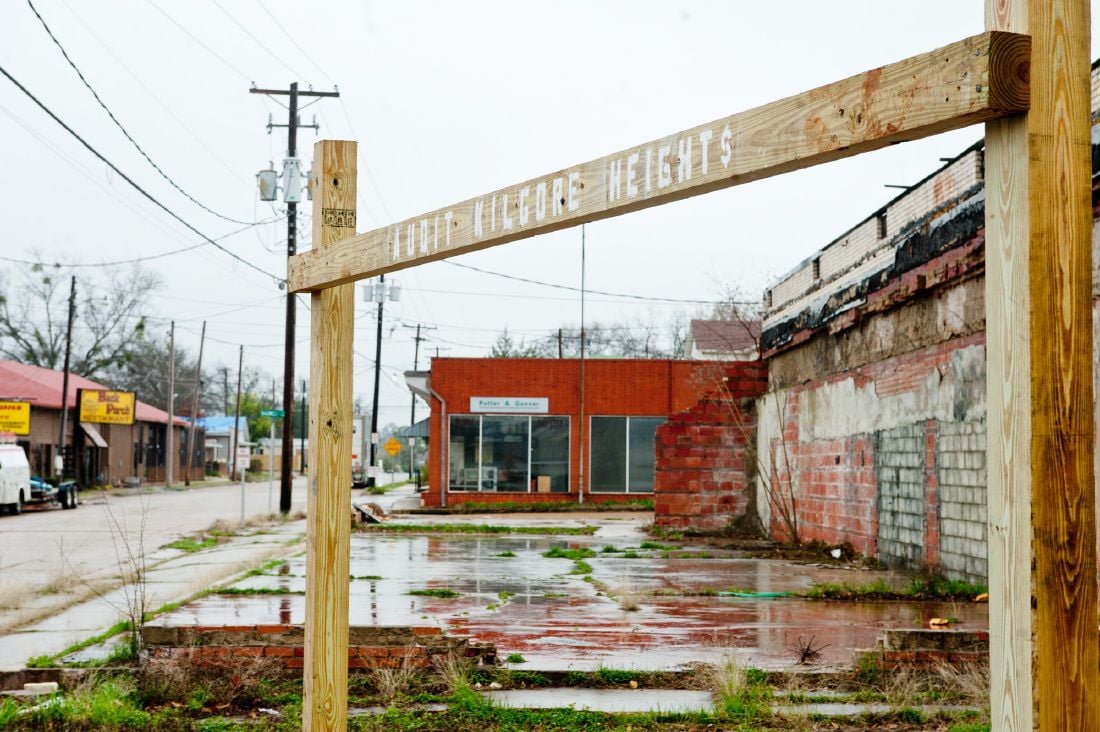 The superintendent of Kilgore ISD said Friday that an East Texas businessman &mdash; who a day earlier constructed a wooden gallows to draw attention to what he called corrupt dealings on the school board &mdash; had acted "in unprofessional ways" several times in the past few months.

The businessman, Anthony Saccoccio, withdrew his complaints. He said he was apologizing for his behavior and no longer would be involved in discussions with governmental bodies on behalf of SED Development LLC, the White Oak company of which he is a director.

Superintendent Cara Cooke said in a statement that Saccoccio had contacted the district several times recently about his interest in buying the vacant Kilgore Heights Elementary School building.

"The Kilgore ISD board of trustees and myself have tried to deal with Mr. Saccoccio and his team as professionally as possible without the same in return," Cooke said.

Saccoccio had said Thursday he wanted to see a full external audit on the school property, which has been sitting vacant for the past couple of years. He also questioned whether the district's choice of dealing with Kilgore College for the property presented a conflict of interest for college employee and district trustee Trey Hattaway.

"I think we need to enforce maximum penalties on anyone who is involved in corruption within our school systems," Saccoccio said. "I have retracted my proposal to buy the Heights and am not interested in buying the Heights until a full external audit is complete."

The wooden gallows with the words "Audit Kilgore Heights" painted on it had been taken down Friday, and Saccoccio said he apologized to trustee John Slagle.

Saccoccio also said he would be taking forced time off from his job at SED Development.

In her statement, Cooke did not respond to his allegation of a conflict of interest, but issued a timeline showing the board's interactions with Saccoccio and his attorney, Ty Clevenger, over the past few months.

Cooke said Saccoccio first approached the board in a Dec. 9 private meeting. Kilgore ISD Board President Karl Riley was also present for that meeting.

Cooke said they explained to Saccoccio that after a recent facilities study, the board had decided to pursue negotiations with Kilgore College regarding the Heights Elementary School property. They also told him the board was not accepting other bids or proposals.

Cooke said that on Dec. 15 Saccoccio spoke in open forum during a board meeting about his interest in the Heights. From then until the January meeting, Cooke said, Saccoccio approached several trustees individually to discuss his proposal.

At one point, Cooke said, Saccoccio requested his proposal be included on the board's meeting agenda but was denied.

Saccoccio's attorney then sent a letter to the district's attorney and to Kilgore College President Bill Holda and Cooke asking to present their proposal to the two entities' boards of trustees.

Cooke said she and Riley decided to share the letter about the proposal with other trustees during a Feb. 23 board meeting, but the meeting was rescheduled because of inclement weather.

After a joint college-district meeting March 2, Cooke said Clevenger approached her to ask why trustees were not yet made aware of his letter. She told him and Saccoccio the letter would be shared at the rescheduled March 4 board meeting.

"They did not accept this explanation, and the next day began an email and text campaign against me and my board with unfounded allegations," she said.

Saccoccio, a former Kilgore College student, purchased and renovated Bennie Hall for use by international students who want to attend Kilgore College but pay to live in private dormitories. That facility is in the former women's crisis center at 905 Broadway Blvd.

Saccoccio said in December that he wanted to buy Stark Hall and the Quads dormitories from the college for use by more international students.

He also wanted to renovate the Kilgore Heights property, which he said would be used as a trade school.

Saccoccio said he had offered the district $1 million for the property, but Cooke denied Saccoccio ever made an offer to the district.

Kilgore College trustees expressed interest in working out a trade deal for the Heights at the joint meeting earlier this month.

Holda said trustees have yet to discuss what the college might use the building for.

"We have had several entities from Kilgore College come forward and express an interest in various parts of the facility/site; however, at this time, no decision has been made," he said. "We will really not begin that discussion until such time if and when we were to take possession of the facility."

Cooke and Riley said earlier this month that the district would like to continue negotiations for a possible trade deal with the college for the Heights property.

Some of the things they would like to see in return for the property include dual credit scholarships for the district's high school students as well as tuition scholarships for students that normally would not be able to afford continued education.