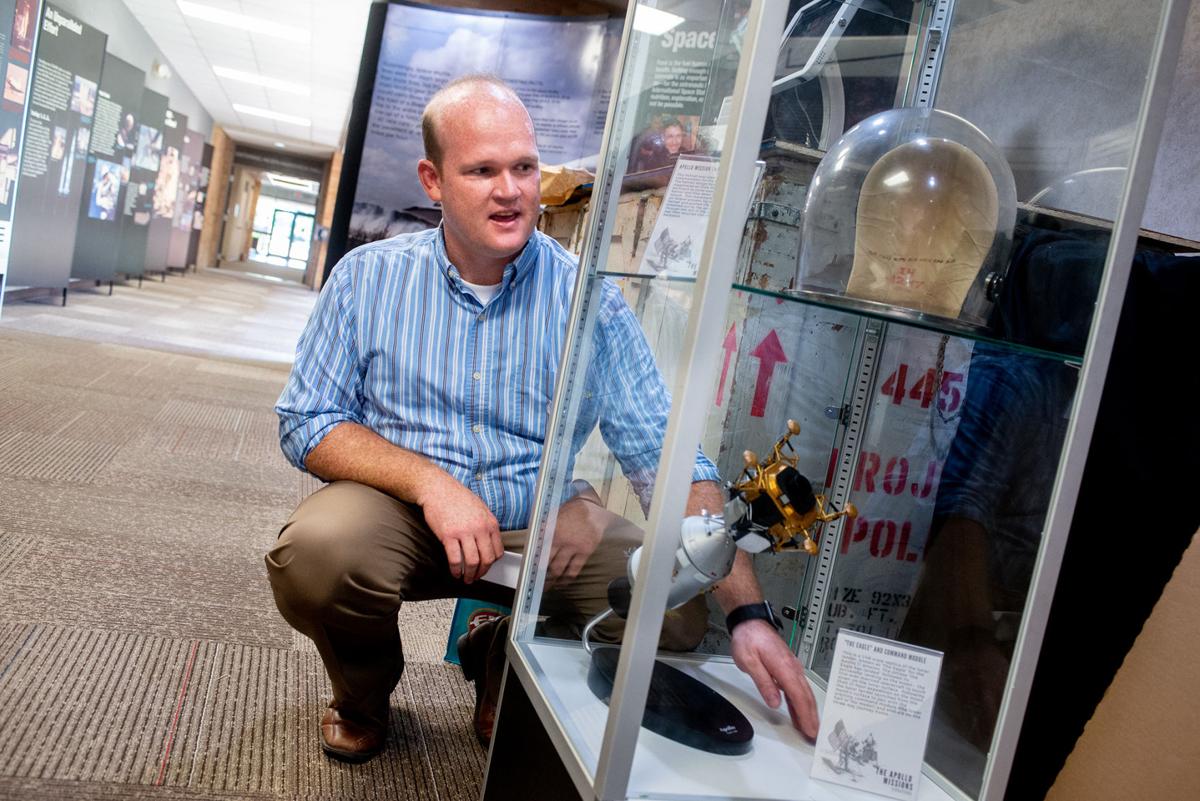 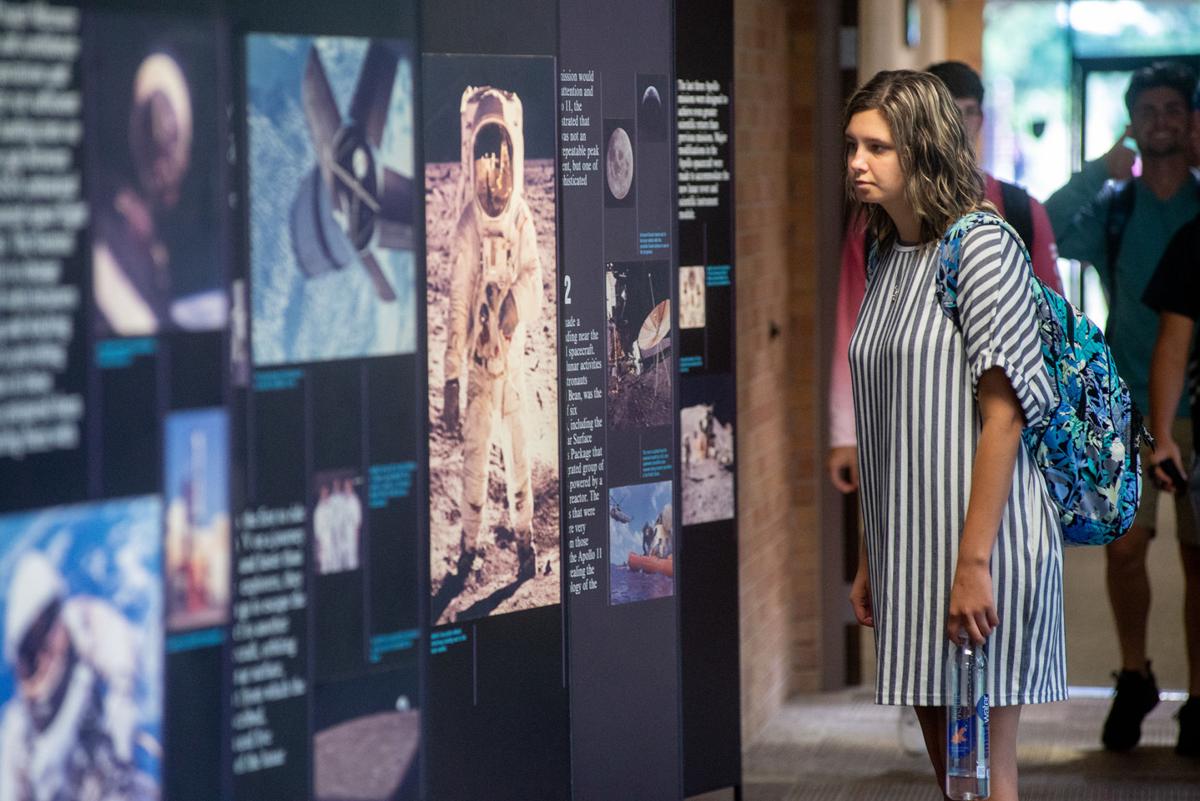 Ana Warriner looks over The Apollo Missions exhibit in Longview Hall on Monday at LeTourneau University. 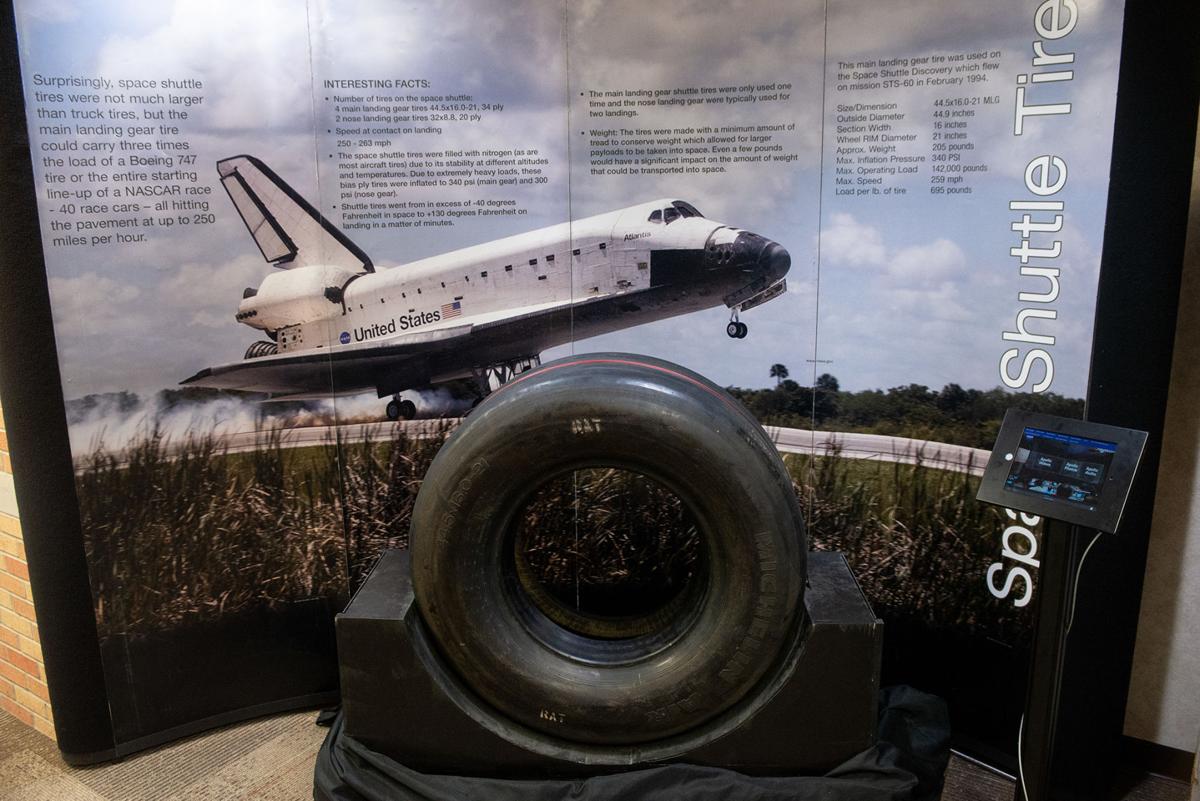 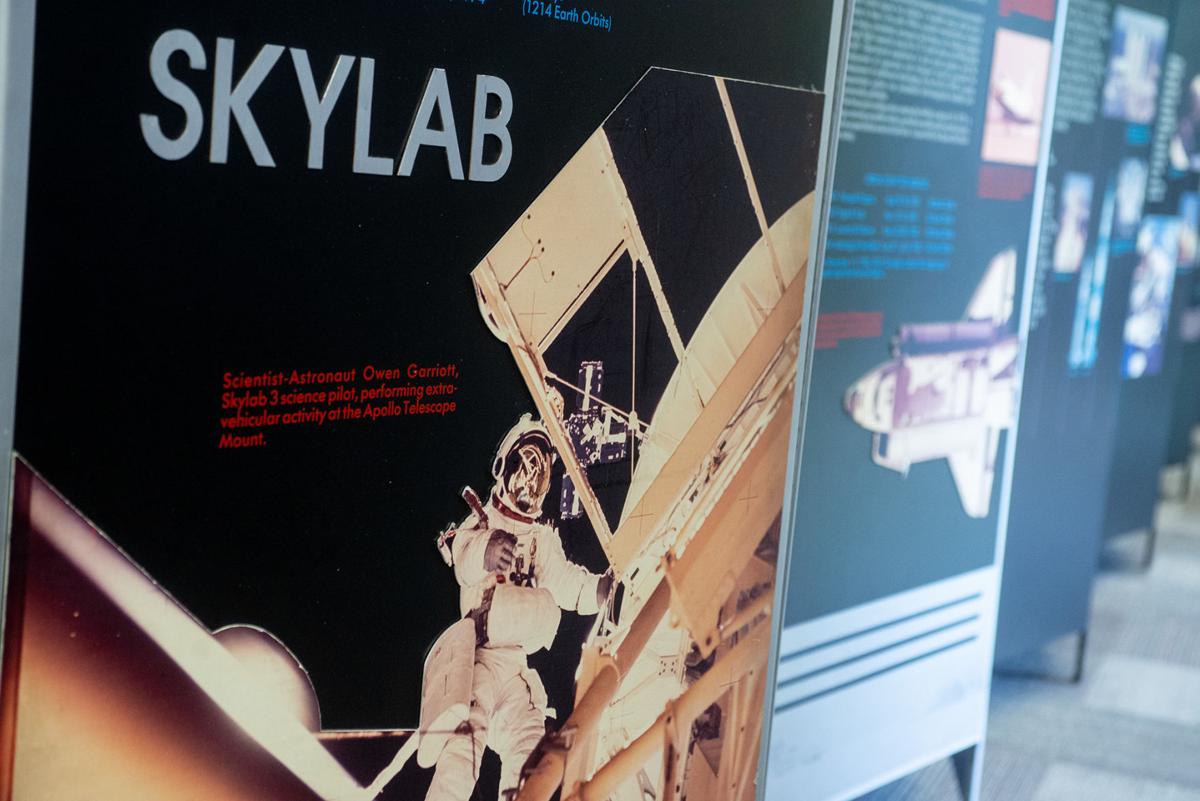 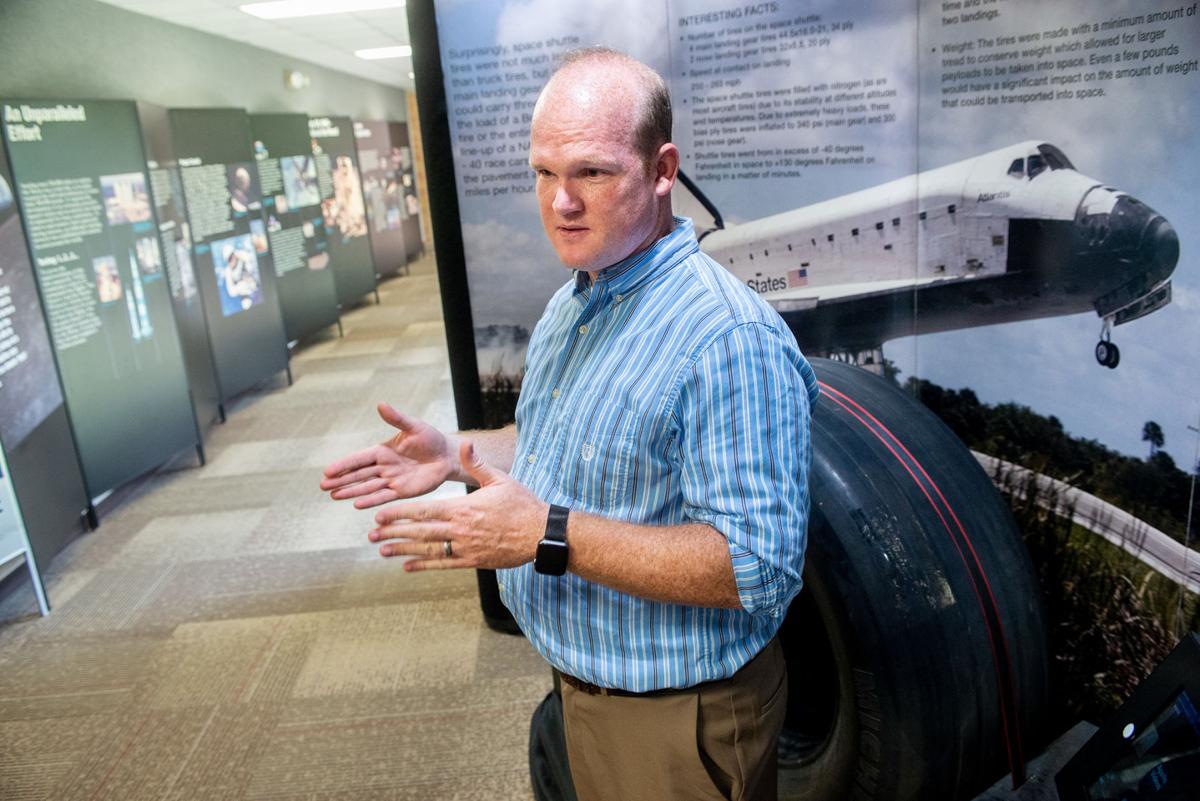 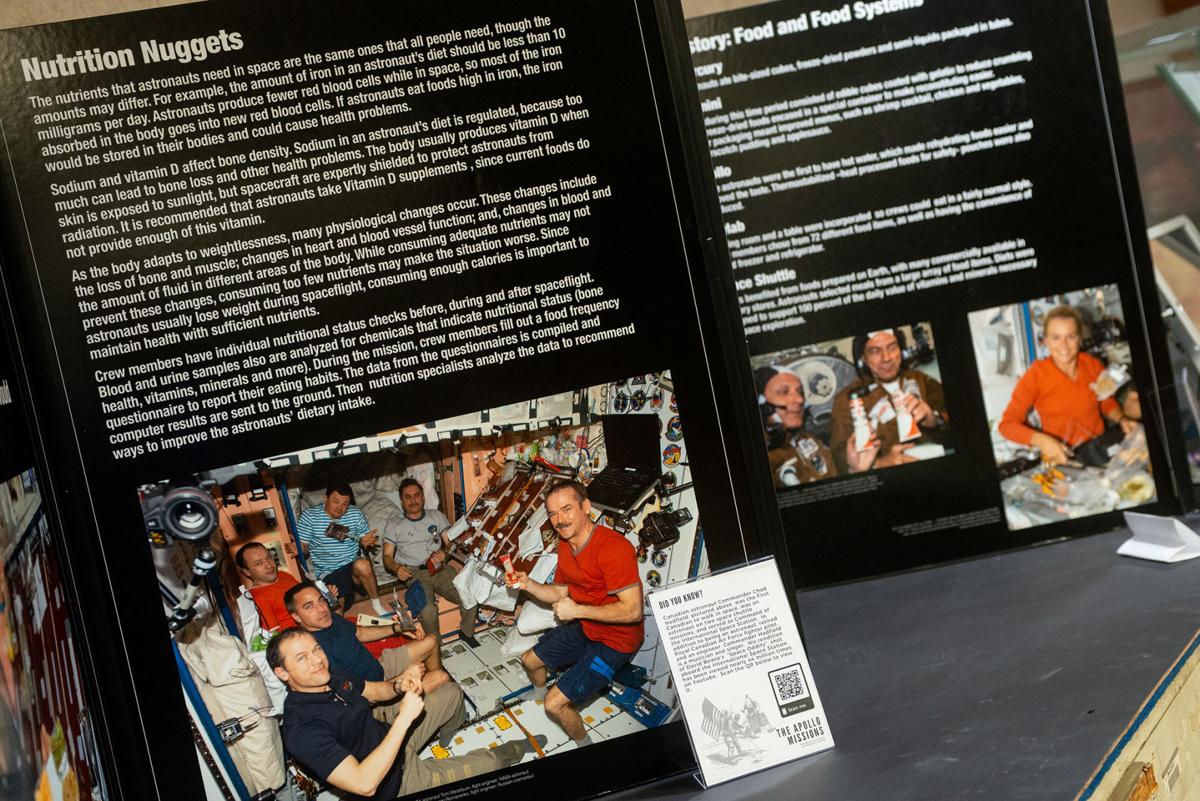 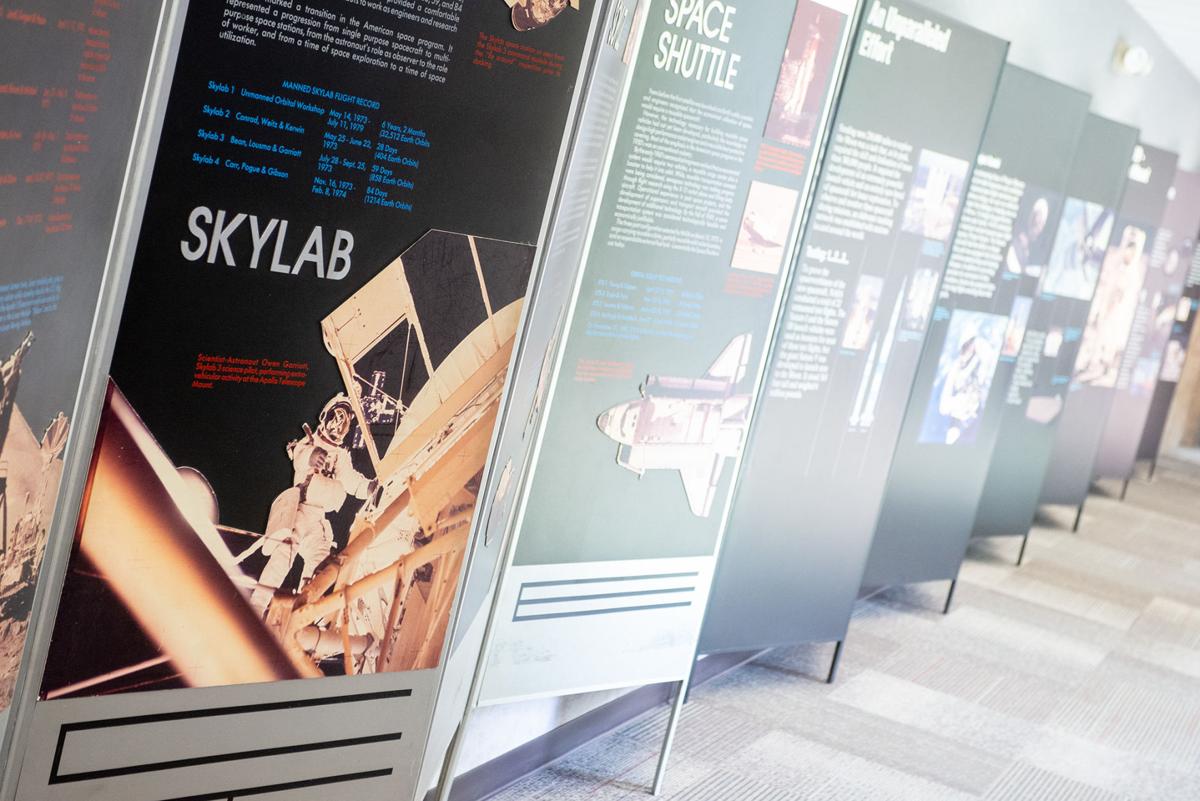 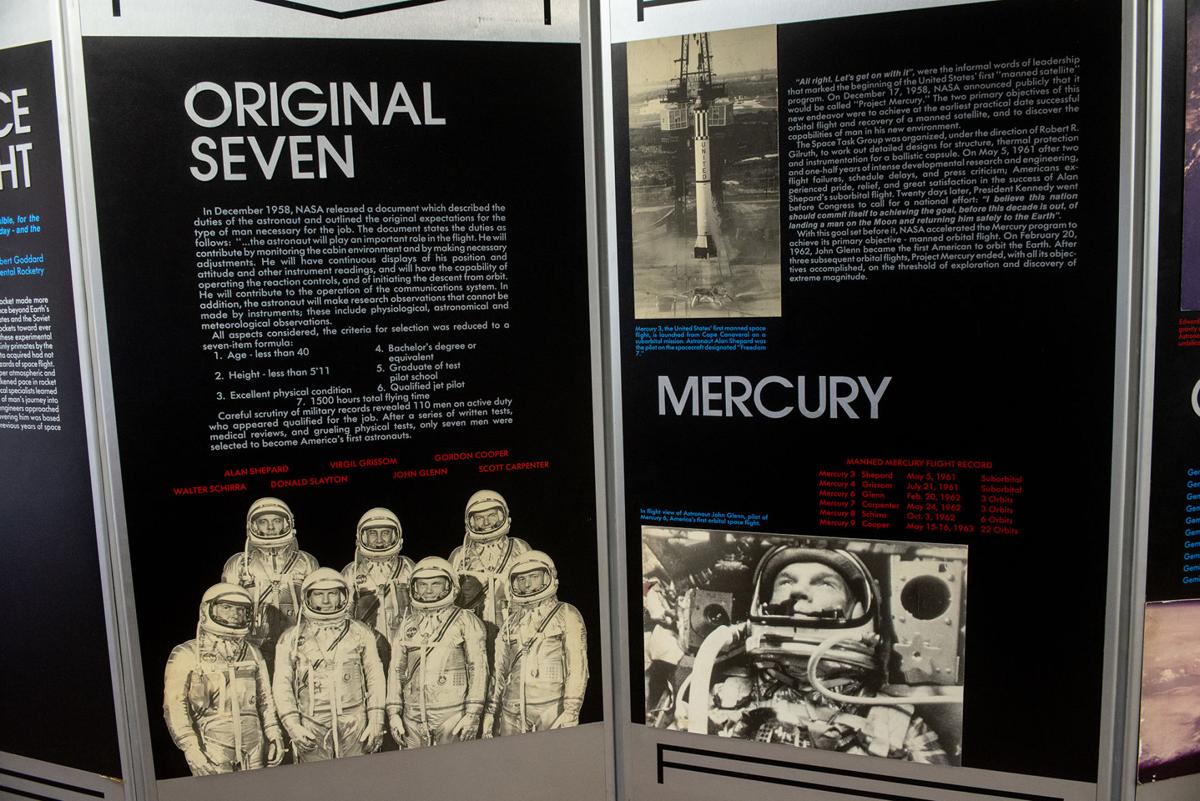 Ana Warriner looks over The Apollo Missions exhibit in Longview Hall on Monday at LeTourneau University.

Learning about the moon landing — 50 years after the first astronauts made the historical touchdown — is now as easy as a trip to LeTourneau University.

The campus is displaying a borrowed exhibit of material from NASA’s Johnson Space Center until Oct. 13. The exhibit, which opened Monday, includes panels with history about the space program, a training helmet astronauts used, a wheel from the Space Shuttle Discovery, a model of the lunar lander and a copy of the speech then-President Nixon would have used if the moon landing was unsuccessful.

The exhibit, along with speakers set for Sept. 19, celebrate the 50th anniversary of the moon landing.

Hundreds of millions of people tuned in to radios or watched the grainy black-and-white images on TV as Apollo 11’s Neil Armstrong and Buzz Aldrin set foot on the moon on July 20, 1969, in one of humanity’s most glorious technological achievements.

Astronaut Michael Collins, who orbited the moon alone in the mother ship while Armstrong proclaimed for the ages, “That’s one small step for man, one giant leap for mankind,” was struck by the banding together of Earth’s inhabitants.

The exhibit will be open from 8 a.m. to 8 p.m. Monday through Saturday.

David Ostendorff, history professor, said NASA loans materials to schools for free and the department simply had to ask.

Ostendorff said in a written statement the university wants to invite everyone in the area involved in the Apollo project to attend the event on Sept. 19, when the exhibit and additional items will be moved to the lobby at the university’s Belcher Center, to be recognized in the auditorium and be part of a photograph.

Two public lectures are scheduled that morning at 10 a.m. and at 11:15 a.m. in the Belcher Center Auditorium.

“Our students who were born now in the late ‘90s and early ‘00s who are coming to college, this wasn’t part of the world by the time they were born,” he said. “We weren’t sending people into space except the International Space Station. We weren’t doing shuttle missions. We weren’t doing the Apollo trips.”

It is important for people to learns about the specific time in history advancements in space technology were happening in the U.S., Ostendorff said.

Flame-retardant clothes, cellphone technology and air planes that do not explode are all technology as a result of space program research, he said.

“There was a time in history, in the 1960s, when our whole nation came around a project and said, ‘Wow we can work together and actually accomplish something big and audacious,’ that sounded crazy when Kennedy launched it in ‘61,” he said. “Big efforts like this from governments and corporations, they get criticized as being a waste of money ... but what we don’t realize is everything that came out of it that has made our lives better as a result.”

What: Exhibit with objects from NASA on the Apollo moon landing and lectures from various people involved in the space program. Manuel Rodriguez, from Carthage, will speak about developing space suits for missions. Martha Walker, of Longview, was a computer programmer for the Apollo project. LeTourneau University Professor Byron Lichtenberg, a former astronaut, will speak on the future of space travel.