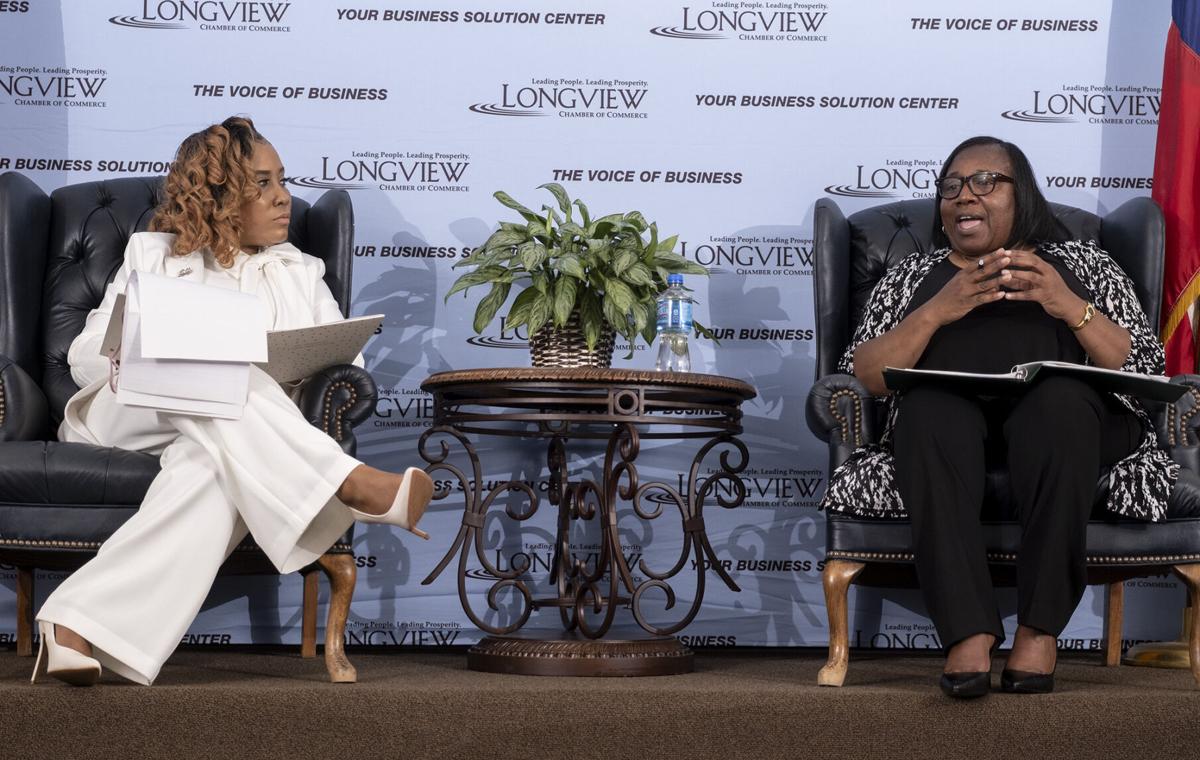 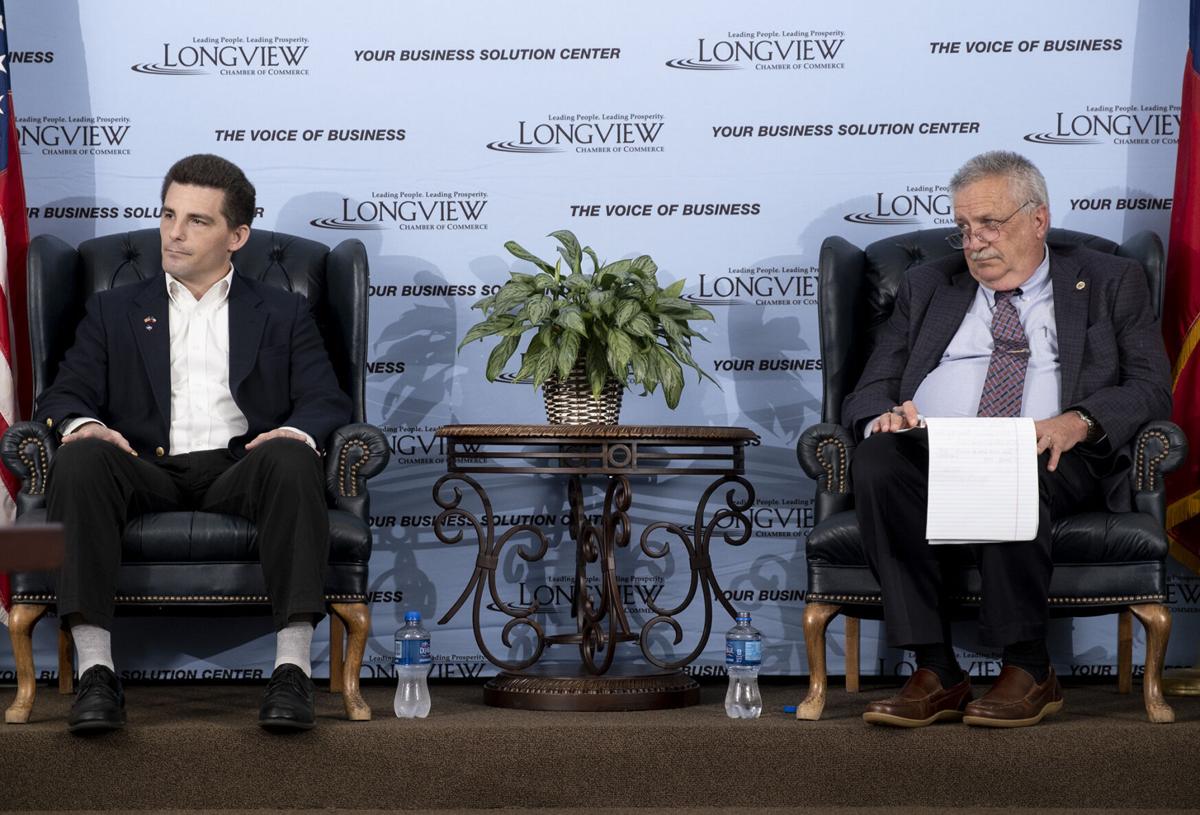 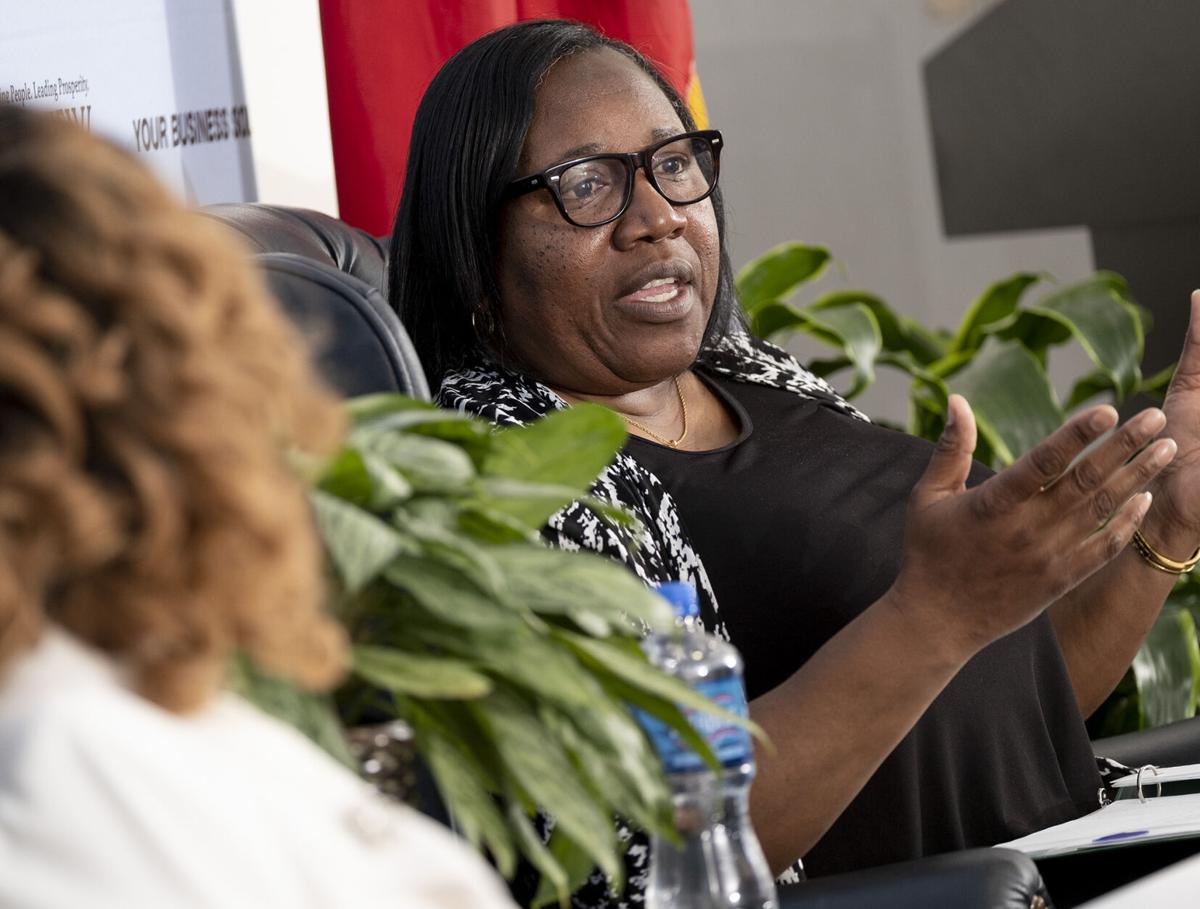 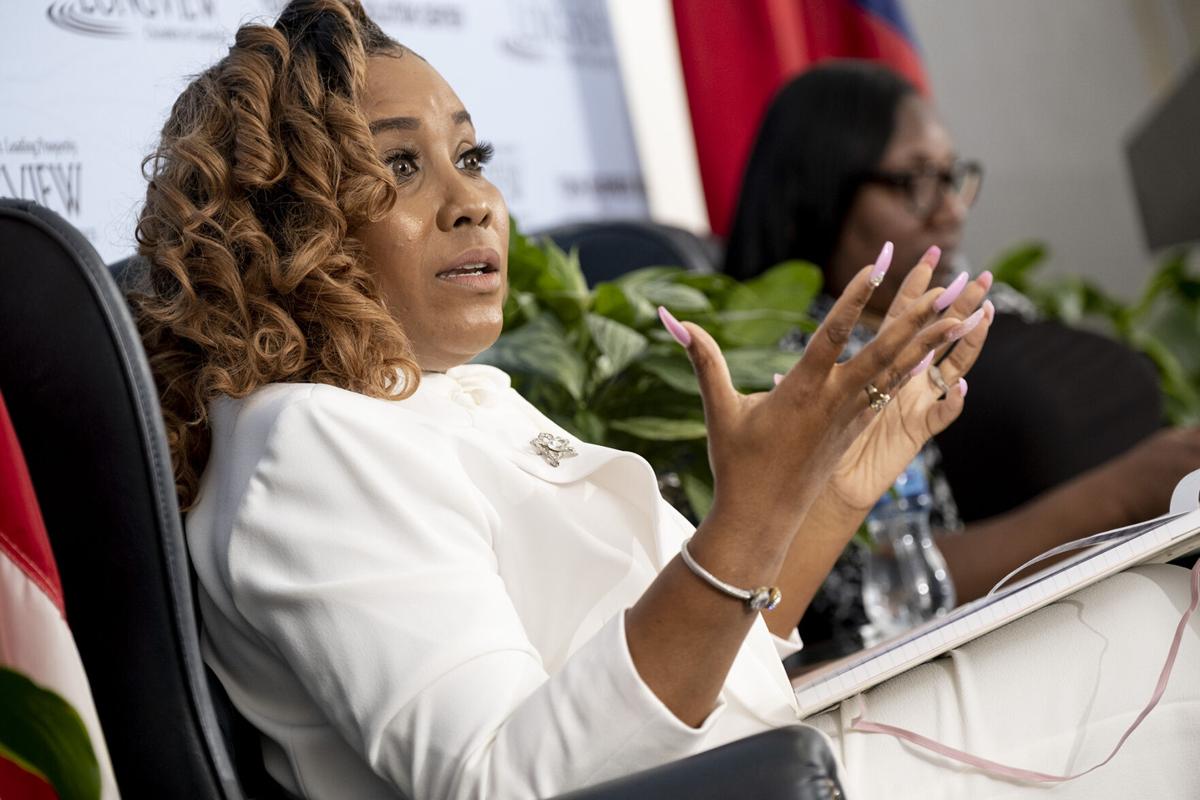 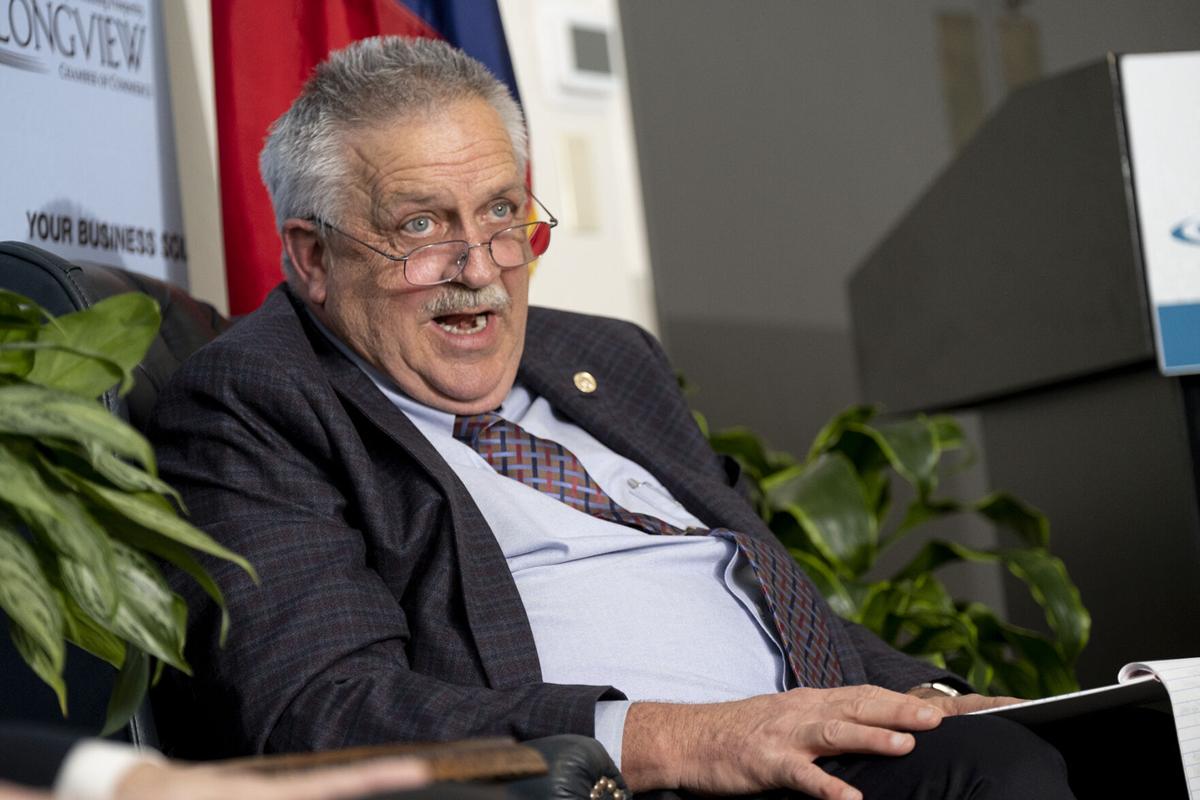 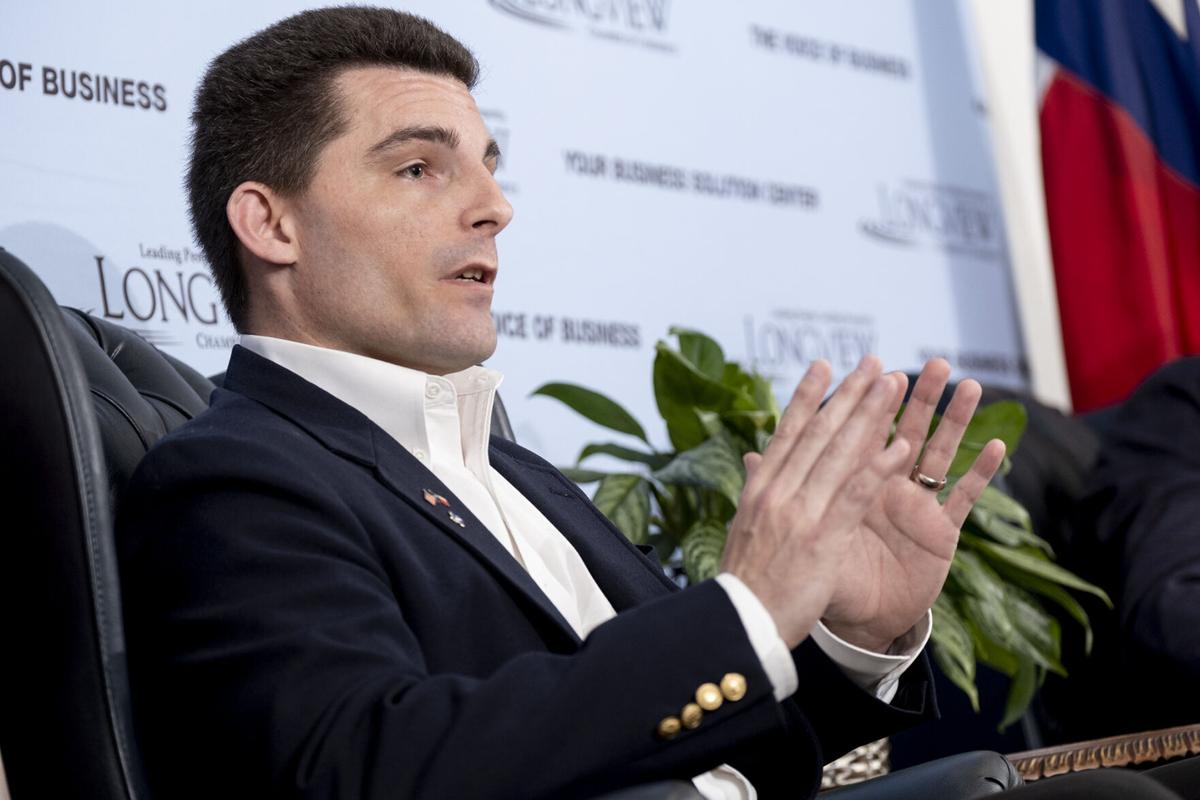 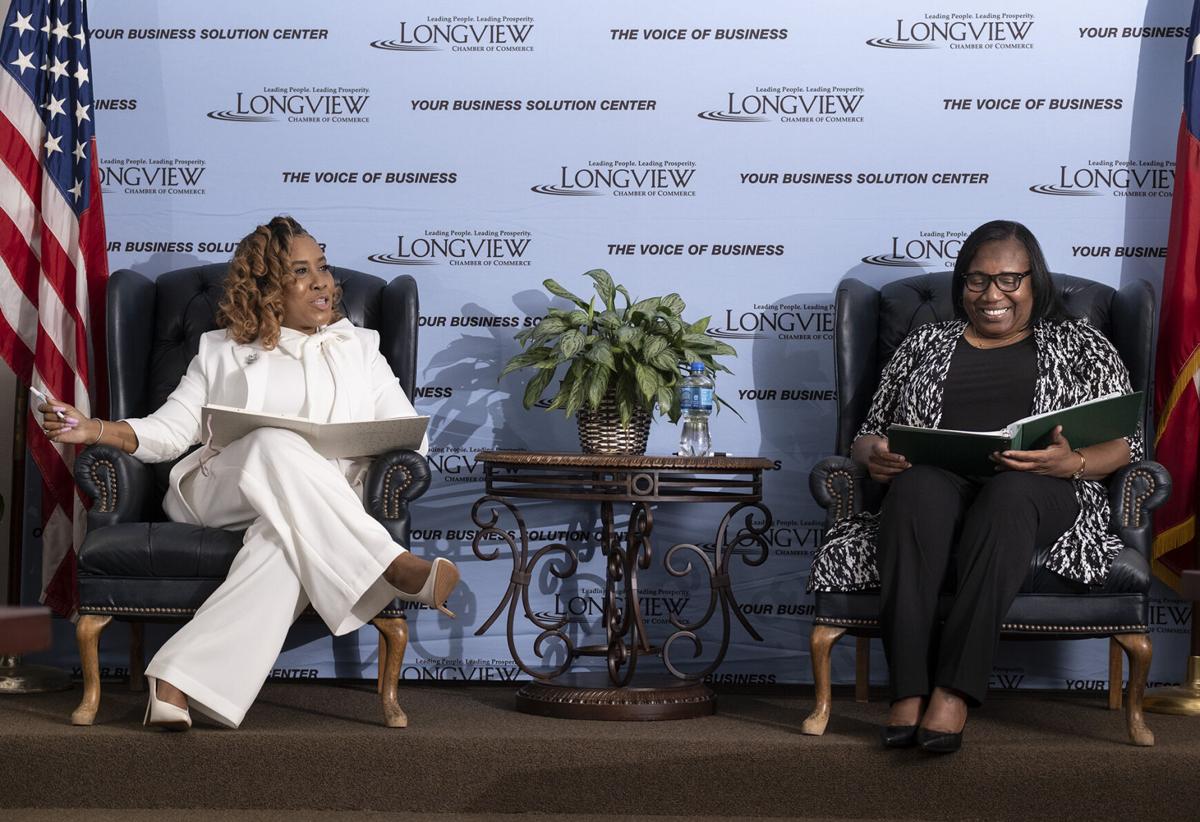 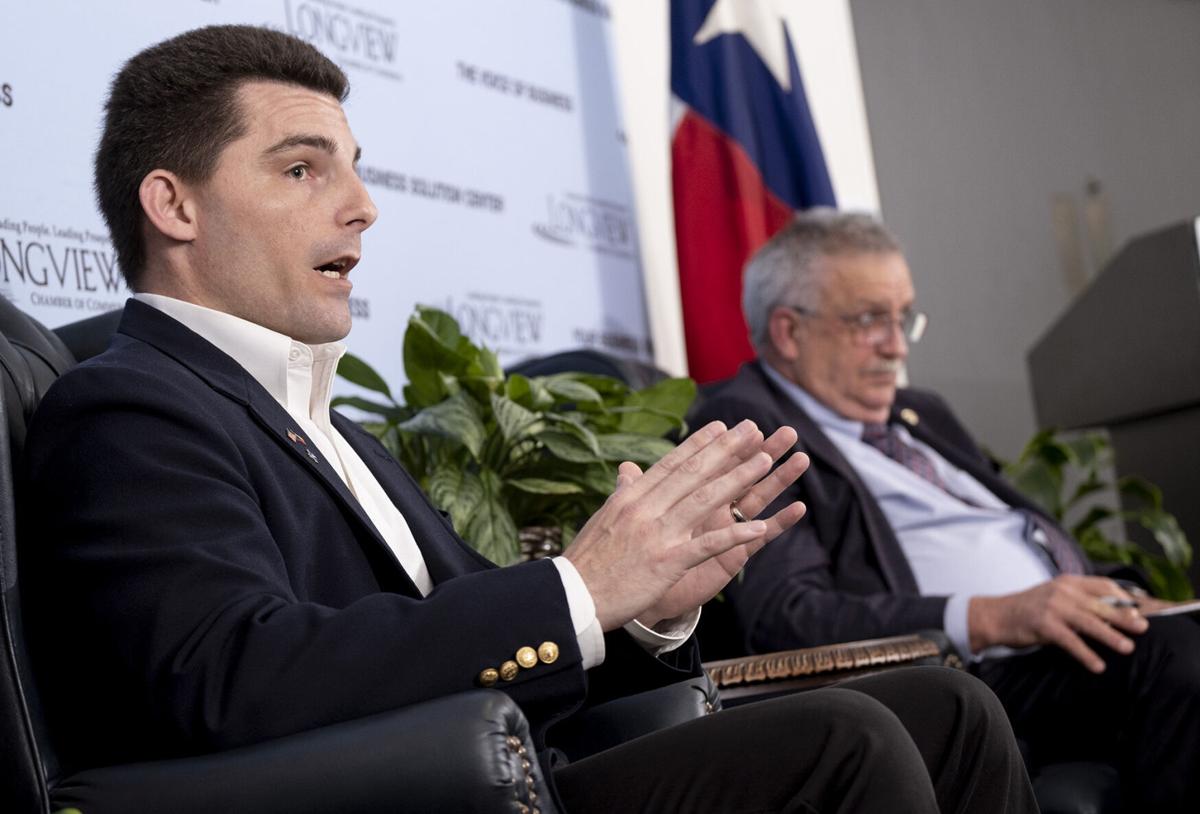 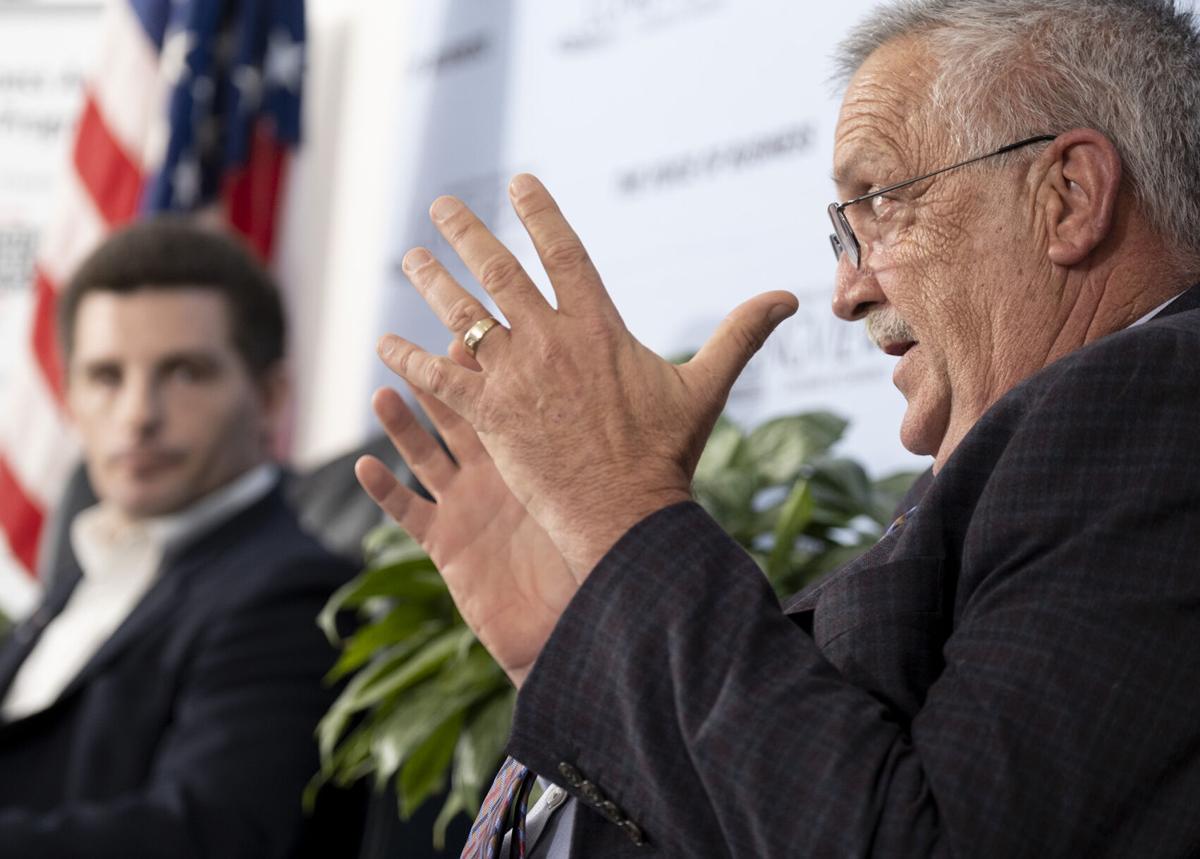 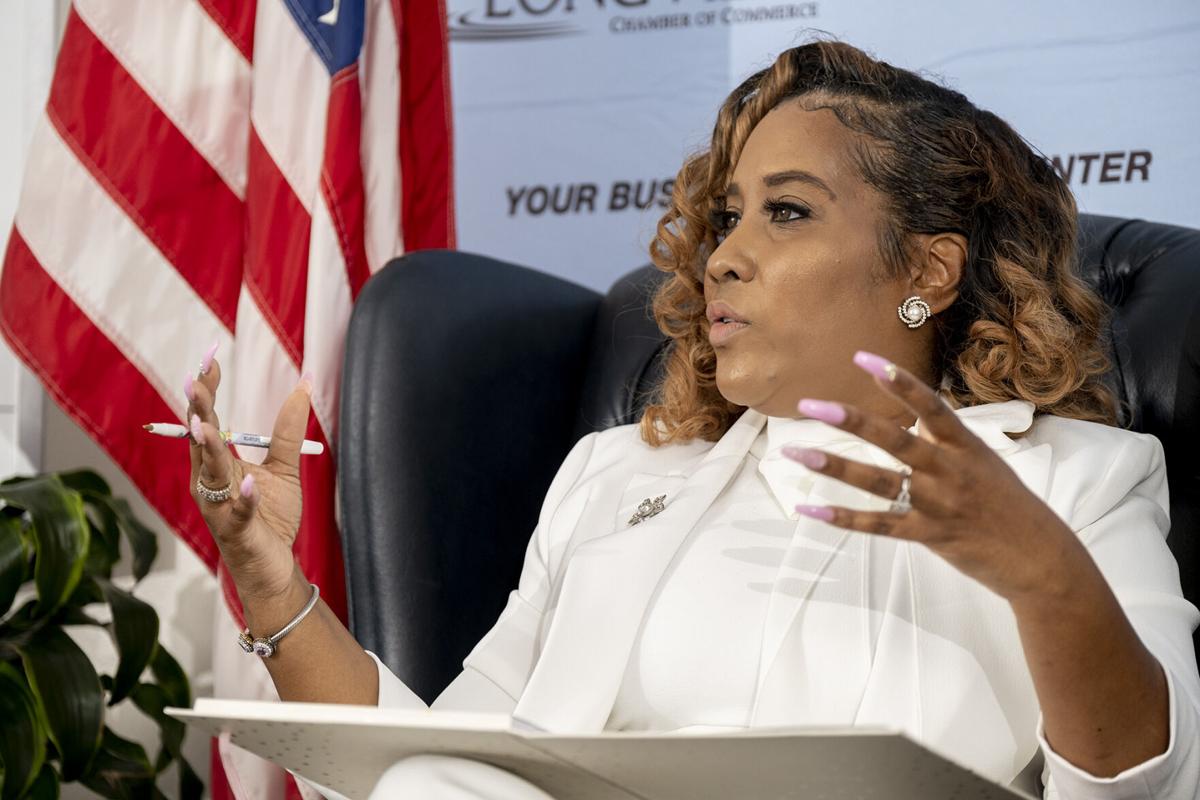 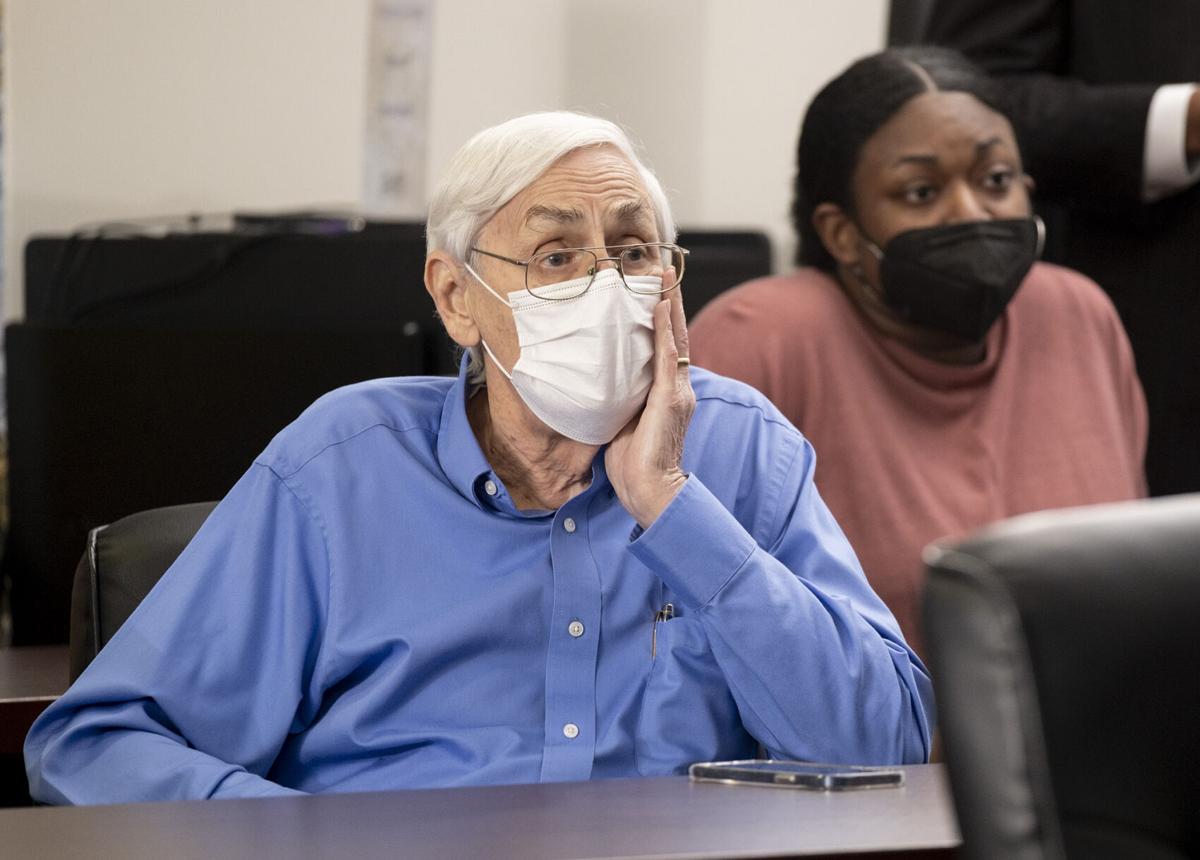 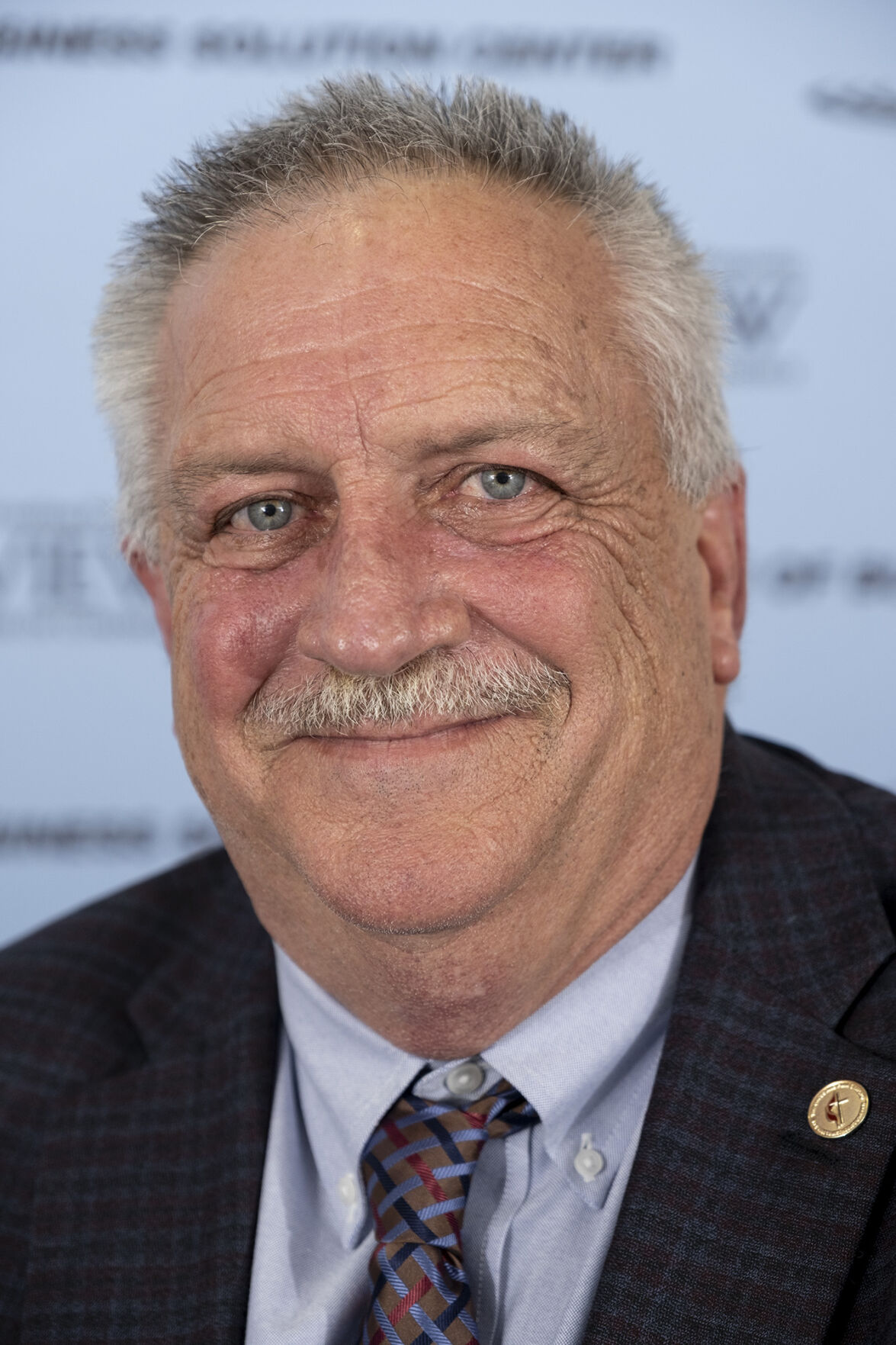 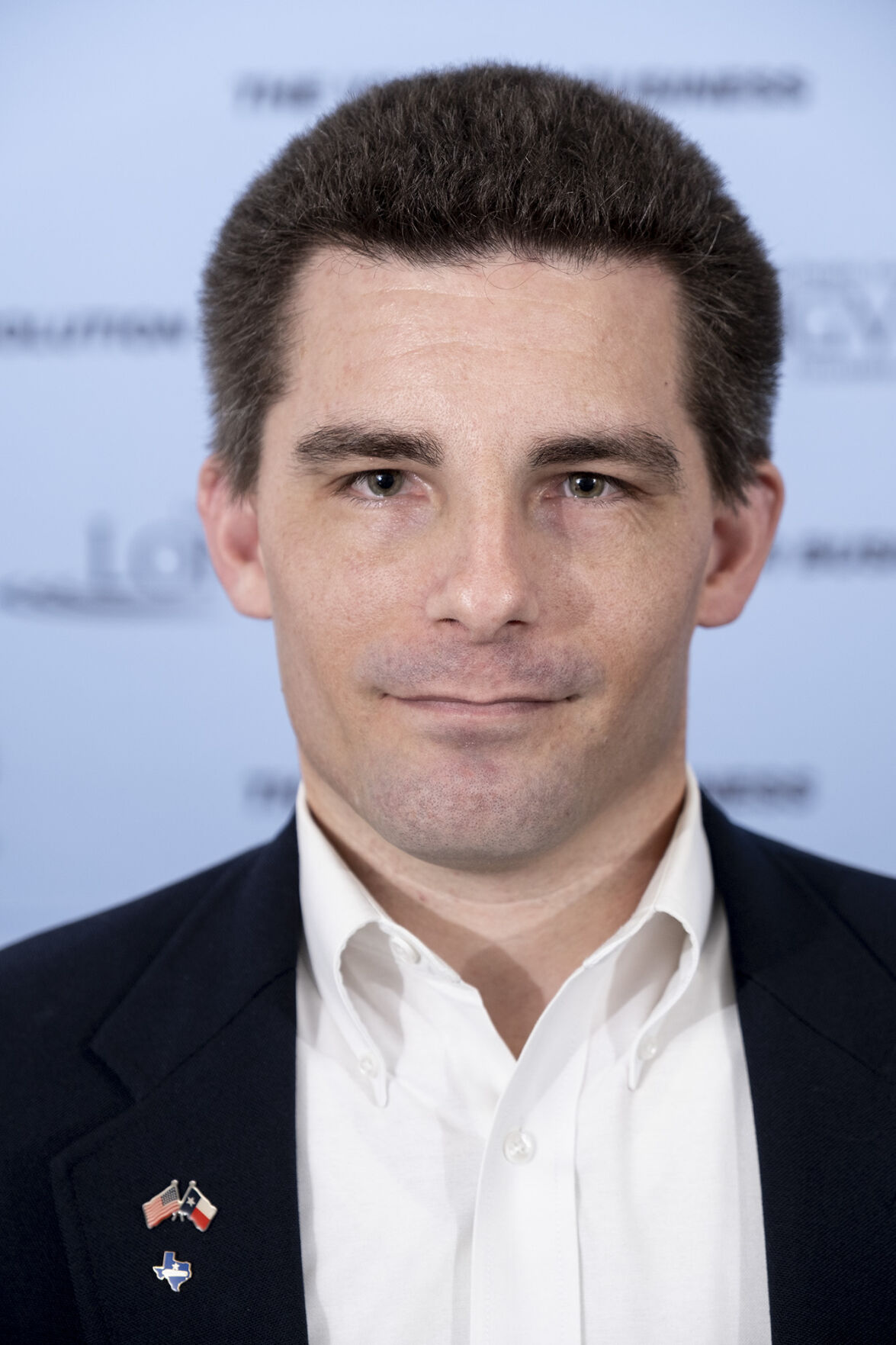 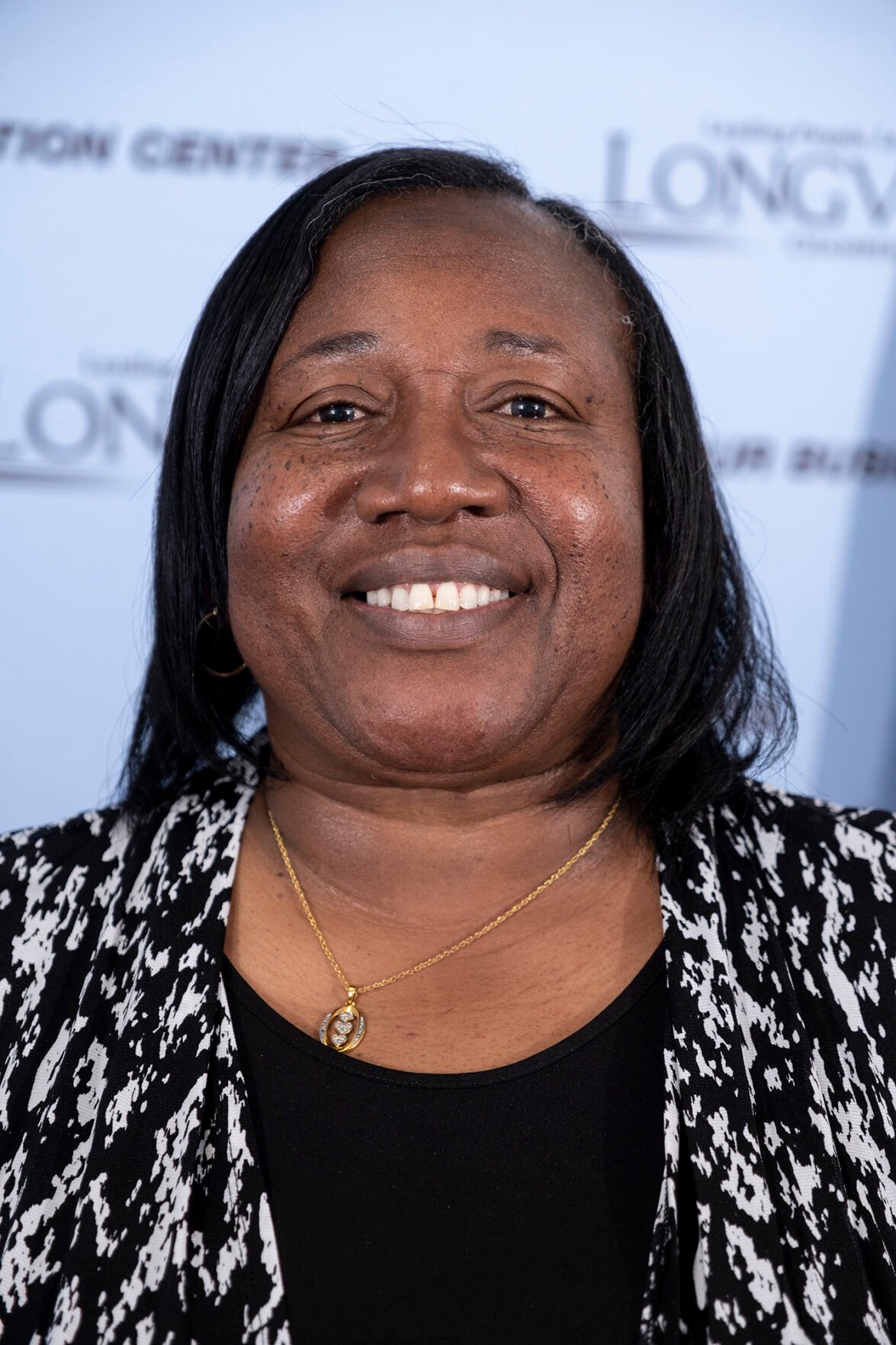 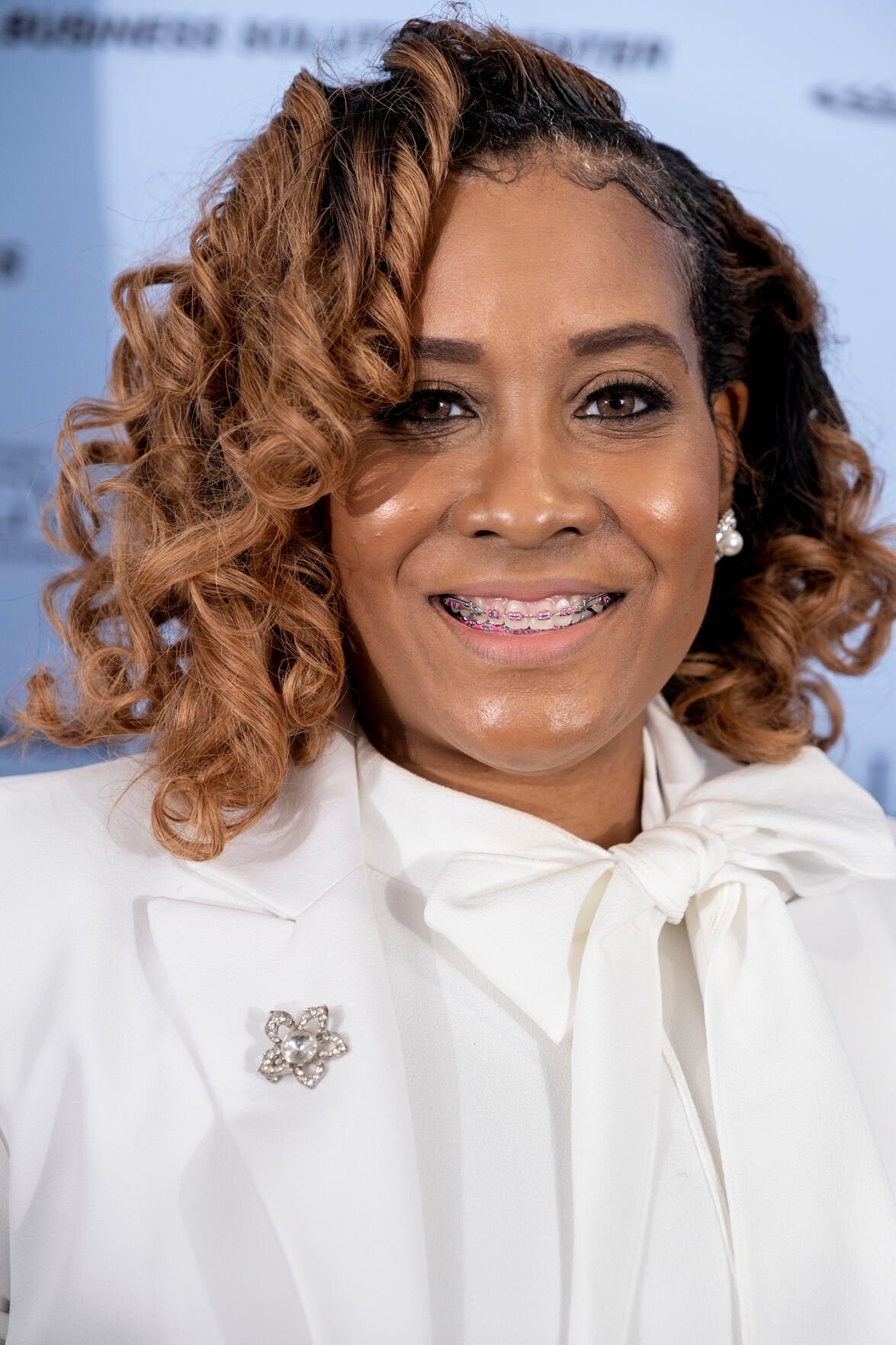 Attracting, retaining and re-developing businesses, workforce development programs, improving transportation and infrastructure. These are the goals of candidates seeking seats on the Longview City Council.

The Longview Chamber of Commerce partnered with the News-Journal and Longview-Kilgore Cable TV to host a City Council candidate forum Tuesday. The forum was moderated by John Anderson, an editor with M. Roberts Media, the parent company of the News-Journal.

District 1 council candidates are Temple Carpenter III and Jeremiah Hunter. John Sims, whose name will appear on the May 1 ballot, withdrew from the race Tuesday. Carpenter and Hunter are seeking to fill a position that will be left vacant as incumbent Councilman Ed Moore chose not to seek re-election.

District 2 council candidates are incumbent Councilwoman Nona Snoddy and challenger Marisa Ward. Snoddy will complete her second three-year term of office in May and is seeking re-election to a third and final three-year term.

In District 1, which encompasses much of Pine Tree in West Longview, Carpenter said he would work with Longview Economic Development Corp. (LEDCO) and the Chamber of Commerce to attract potential businesses. He noted there are hundreds of acres, mostly residential, in District 1 that could be developed through a “concentrated effort.” Hunter echoed those sentiments saying that he often drives on Fisher Road, where there are many vacancies that could attract warehouses and manufacturing facilities with easy access to major corridors such as U.S. 80 and Interstate 20.

“The best thing the government can do to develop the economy is to get out of the way,” Hunter said, adding that government should support policies that encourage development.

When asked about the city’s response to the COVID-19 pandemic, Hunter said he was “disappointed in how the city handled the pandemic.” He noted that he has always been opposed to face masks, and he said the city continued to impose restrictions on businesses even after it “became clear that shutdowns and masks were not the solution.” Hunter said the city should have removed the restrictions and encouraged businesses to open.

Carpenter, who serves on the city’s Planning and Zoning Commission, said he appreciated Mayor Andy Mack, Gregg County Judge Bill Stoudt, Christus Good Shepherd Health System, Police Chief Mike Bishop, Longview Fire Chief J.P. Steelman and a multitude of first responders for diligently working to bring a vaccine hub to the city. He noted that he’s been vaccinated at the hub and described it as an “amazing experience.”

"That was an amazing experience spearheaded by what happens when all of those in government work together," Carpenter said.

Both men said they’d like to see improved workforce development programs, though Carpenter noted Kilgore College and Texas State Technical College in Marshall are “good resources” as they train potential employees. With regard to transportation, Carpenter also noted that with distributions centers, such as Dollar General’s warehouse, already in town and more distribution centers, such as Gap Inc., on the horizon, he’d like to see the city be mindful of its roads and infrastructure.

When asked if they supported the $104 million bond package in 2018, Carpenter said he supported the public safety piece of the bond but had some issues with the other components, which were parks and streets. However, Carpenter noted that if elected, he would work to ensure bond projects are completed as presented to voters and that they are completed within budget.

Hunter, who has been active in attending City Council meetings, recalled that he was among the biggest opponents of all three pieces to the bond. He explained that he isn’t against the police department or other recipients of bond money; he said he felt there could have been different avenues explored before calling upon taxpayers.

When asked specifically about a desire for more neighborhood parks in District 1, both men noted the density of the Pine Tree community which is largely landlocked. Hunter noted the city could purchase vacant lots to preserve them. Carpenter noted the improvements being made to McWhorter Park, thanks to the passage of the 2018 bond, and said the South Loop quickly transports residents to Lear Park and the Jack Mann Splash Pad. Though Lear Park isn’t in the district, it’s nearby, he said.

In District 2, which largely encompasses a portion of South Longview, Snoddy said she’s been part of a number of transitions and tough decisions in the past six years on the council, but with a servant’s spirit, she remains committed to working with residents in her district to move the community forward.

“Together we can accomplish so much,” she said. “This journey is ours, not mine.”

Ward, a wife and mother who attends Zion Hill Baptist Church, said she is seeking election because she wants to see safer, strong, sustainable neighborhoods in the community. She said she wants to work with police and those involved in economic development to improve the area.

“We all want to see District 2 become stronger,” she said.

When asked about workforce development, Snoddy said any time there is new development in her district, she encourages employers to hire from those who live there. When there was a consideration to move the Texas Workforce Commission out of District 2, Snoddy played a key role in keeping it there.

Regarding infrastructure, Ward said she’d like to see the city improve some streets, such as Sabine Street, which she described as being in such bad condition that people’s cars get torn up as they drive to and from work.

“I feel like we need to do more as far as infrastructure in South Longview,” Ward said.

Snoddy said she believes Longview is doing an adequate job, as was exemplified during the recent winter storm in which the city — unlike several neighboring cities — retained such services as water. Snoddy noted that infrastructure can always be improved and said the city should continually work to improve its roads, bridges, water and sewer systems where it can. She noted that “everyone” wants clean air and water and adequate roads.

In terms of economic development, Snoddy noted that while it may seem like most growth has been on Longview’s north side — as Ward suggested — there has been significant growth on the southside as well. She named several businesses, such as Zippy J’s, Southern Classic Chicken and the Reo Starplex that have opened in District 2 in the last six years. She also noted that companies such as Komatsu and Nucor Steel, which are in District 2, have made multi-million-dollar investments into their facilities.

When asked if they supported the 2018 bond package, Snoddy said she did because it addressed many of the city’s needs including parks, streets and public safety. Ward said she didn’t “know a lot about what’s included in the bond” but that she believed there were several positive projects, but she believed most were in North Longview.

Snoddy noted that many of the bond projects are in South Longview. Such projects include a new police station, a new fire training center, improvements to Stamper Park and Womack Field, fire station improvements, the Mobberly Avenue street project, the Cotton Street streetscape project and the Mobberly Avenue, High Street and Estes Parkway entryway reconfiguration.

Early voting in the May 1 election begins April 19.