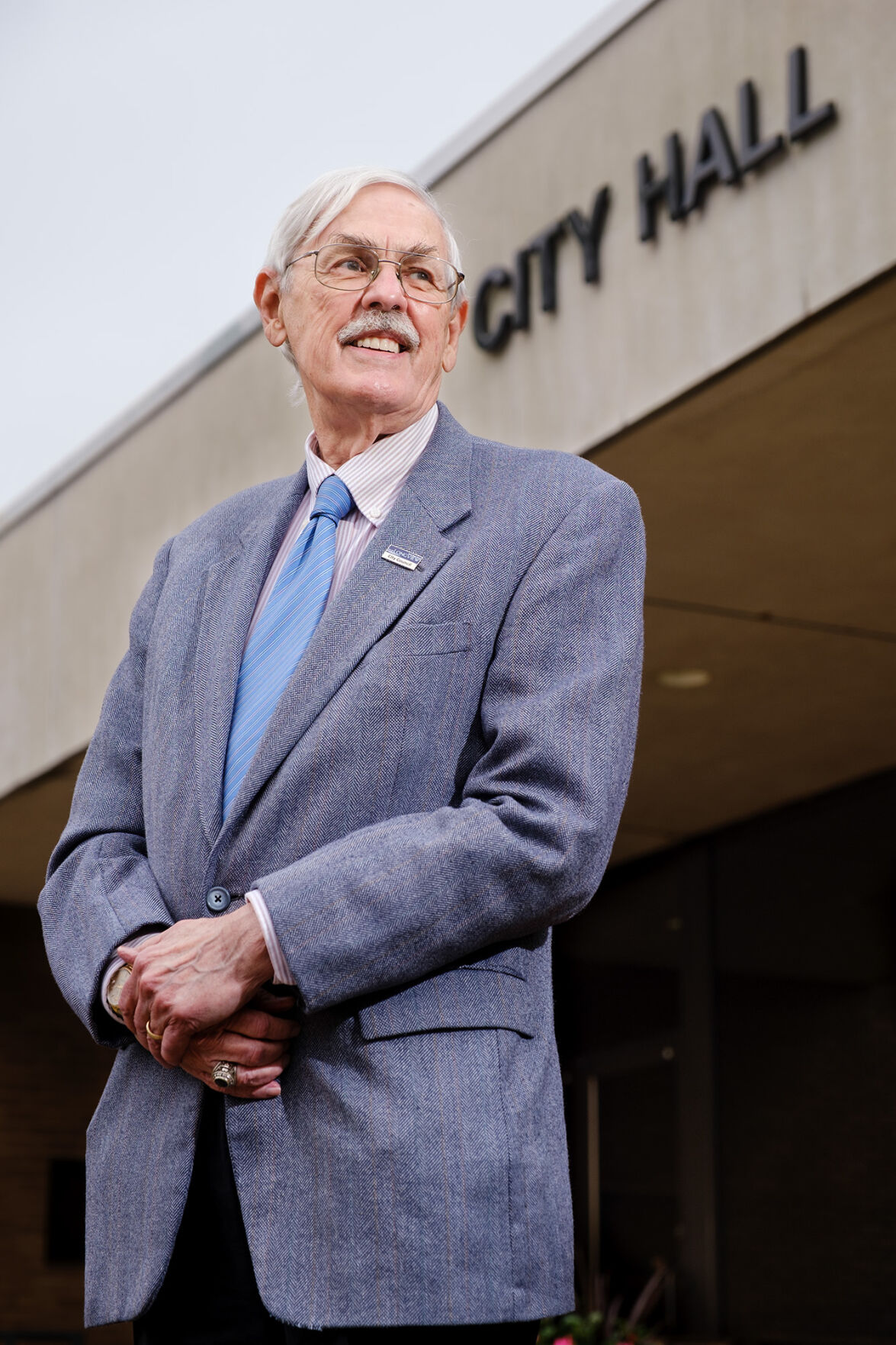 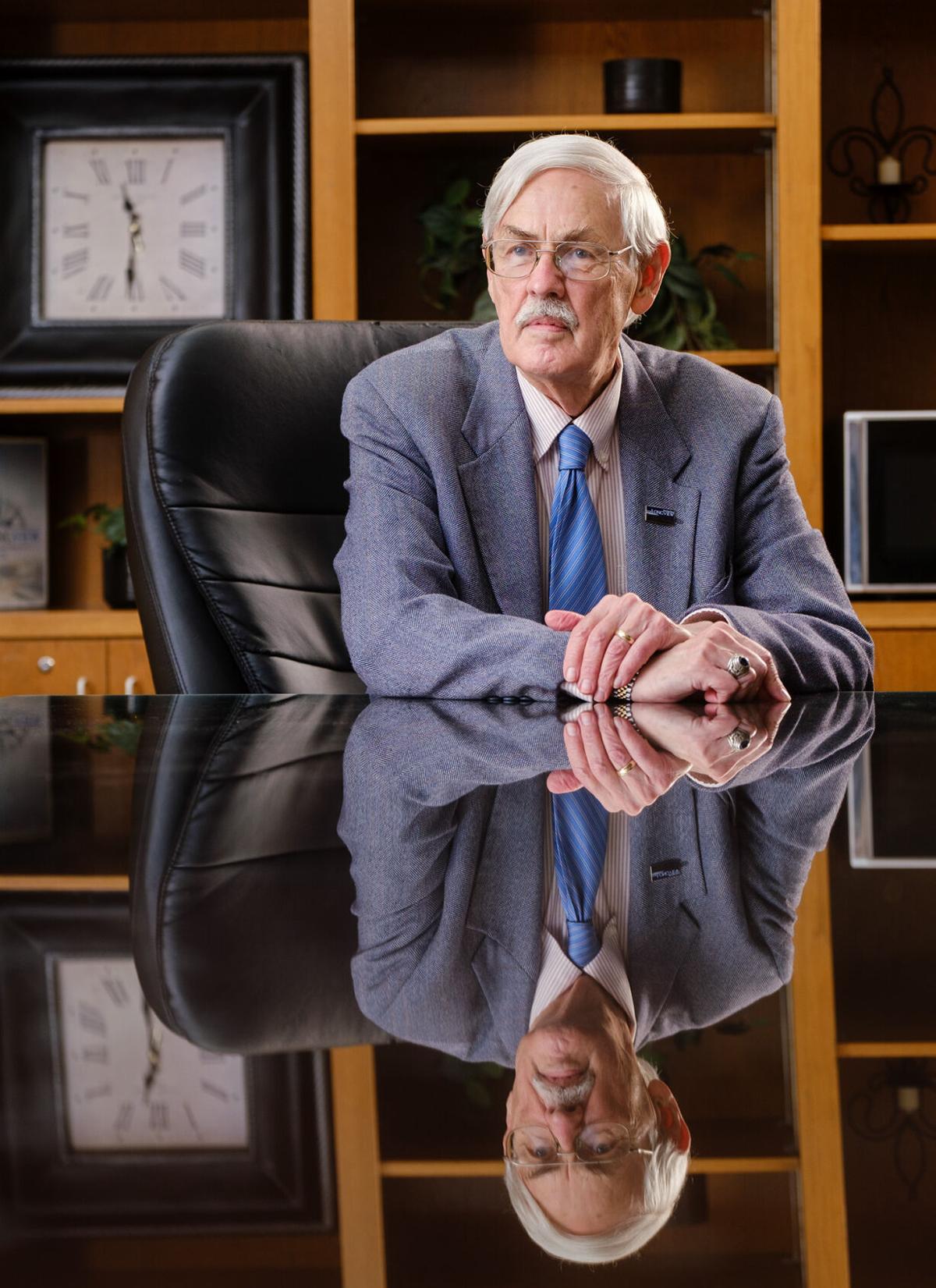 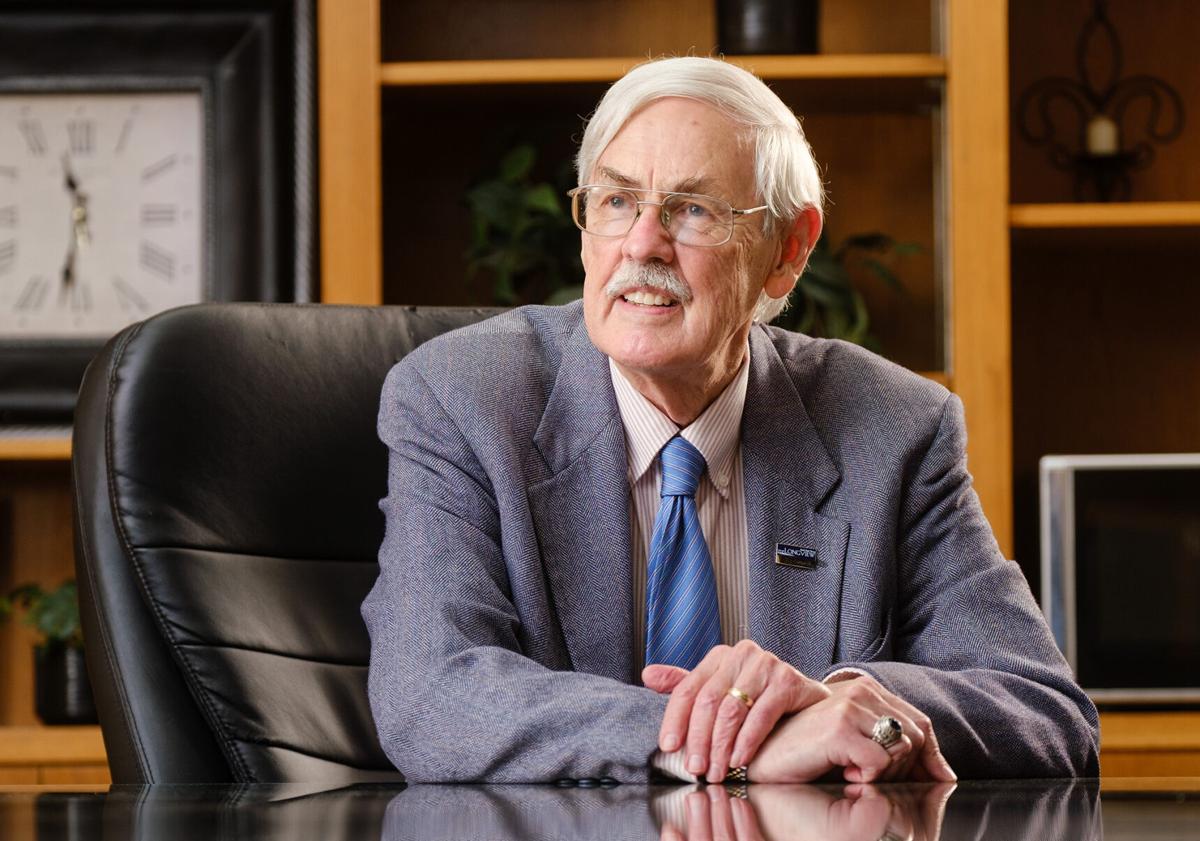 Ed Moore will close another chapter of his public service in Longview right where it started in 1980.

That’s when Moore, a Navy veteran who served in Vietnam, came to Longview to become assistant city manager under City Manager Ray Jackson. Moore was 32, he said. Jackson was 35.

Moore said he would sit at a table on the left side of the City Council chambers at City Hall during council meetings, with members at the front of the room.

Now, with social distancing guidelines in place during City Council meetings, Moore’s seat as the District 1 council representative is in the same spot where he sat as assistant city manager.

Moore will take that seat for the last time today when the City Council meets at 5:30 p.m.

Moore, who served a total of six years, or two terms on the council, chose not to seek re-election. He said he and his wife, Jean, want to travel more, including visiting their two children and two grandchildren in California. Temple “Tem” Carpenter III will be sworn in to replace him this evening.

“I’ve enjoyed what we’ve accomplished over six years,” Moore said, and quickly added that he couldn’t take full credit for those accomplishments.

He chaired the task force that successfully proposed changes to city ordinances so that food trucks could operate here. City voters also approved a $104 million bond package by an approximately 2-to-1 margin that’s providing for improvements to city parks and roads as well as public safety projects that include constructing a new police headquarters.

Moore’s influence in East Texas, though, stretches beyond his six years on the City Council. After the Navy, Moore earned a master’s in public administration with the intention of working in government. He came to Longview after stints as city manager in Sanger and Edna. He and Jackson had met each other in graduate school.

A couple of years after arriving in Longview, an opportunity came along that would ensure the family could stay here, something he wouldn’t have control over working in city management.

He left city government to become a financial adviser who worked for decades with local governments on financial planning, addressing city councils and school districts, for instance, about refinancing debt or selling bonds to fund large projects. He was active in a number of other ways in the community, including serving 30 years as a trustee for the Longview Firefighters Relief and Retirement Fund.

Moore decided to return to city government in a different way after he retired.

“I had accomplished all the home improvement projects I set out to do after I retired from public finance,” he said. “I decided there’s more I can do for the city of Longview.”

He was elected in 2015 to represent District 1 in West Longview, after people in his district and former Mayor Earl Roberts, now deceased, encouraged him to run for office. From Moore’s perspective, he had “unique” knowledge and experience to bring to the office, considering his financial background and how that could be of use during city budgeting.

“I like to think, together, the six of us have made Longview a better place to live and work,” Moore said of the City Council.

He said there were a few projects he wishes he had been able to complete in his district, including getting a welcome monument built at the West Marshall Avenue entrance into the city. The funding wasn’t available, he said.

He had also wanted to see improvements to a shopping center on Pine Tree Road that has been deteriorating since its previous owners were caught up in a 2014 synthetic marijuana case. A group of investors purchased the property in 2019 and announced this year that the property will be renovated.

He also had wanted to see the old Longview refinery on Premiere Road cleaned up — it had long been under an EPA cleanup order — and put back into use as a site for industry.

“I always prided myself on being responsive to citizens,” Moore said, adding that he made a commitment to return phone calls within 24 hours.

Moore has met with his replacement, Carpenter, and plans to do so again. He advised any council member or representative to be “true to your convictions” and be honest and forthright.