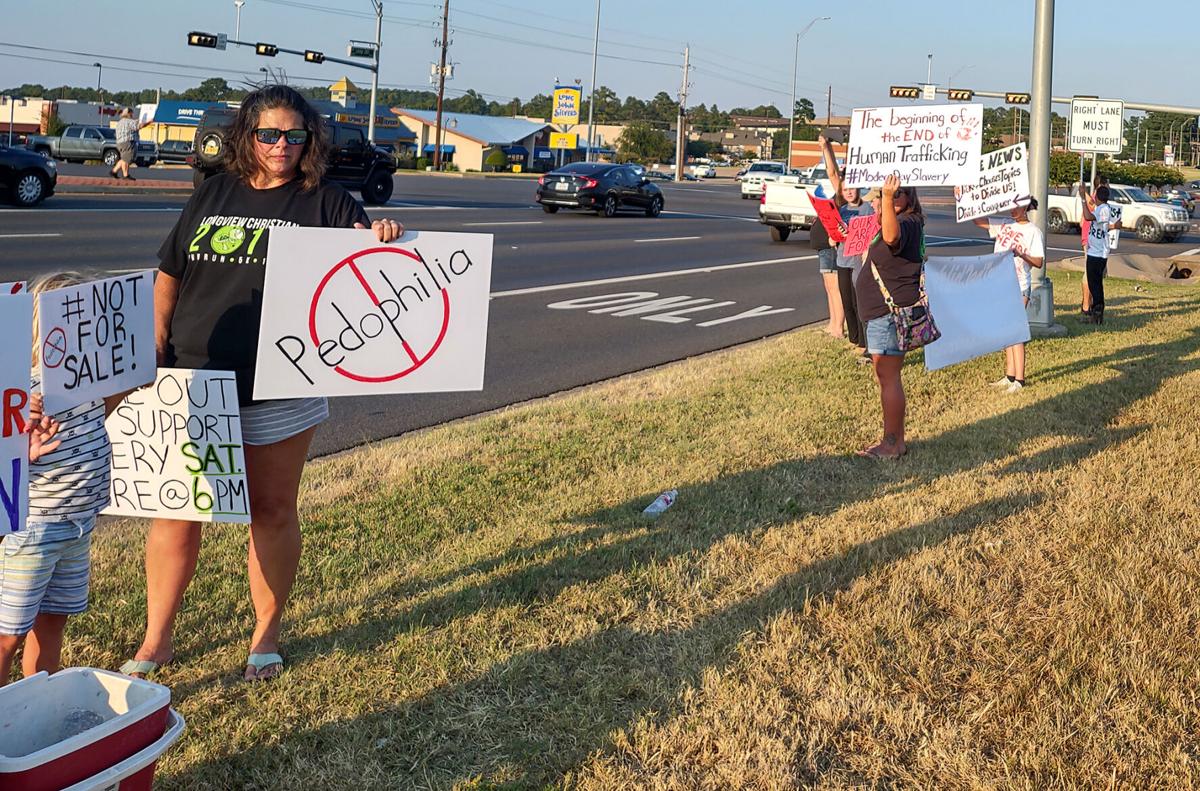 People line up outside the Longview Mall on a recent Saturday as part of the Line Up Longview Awareness Rallies against child and human trafficking. 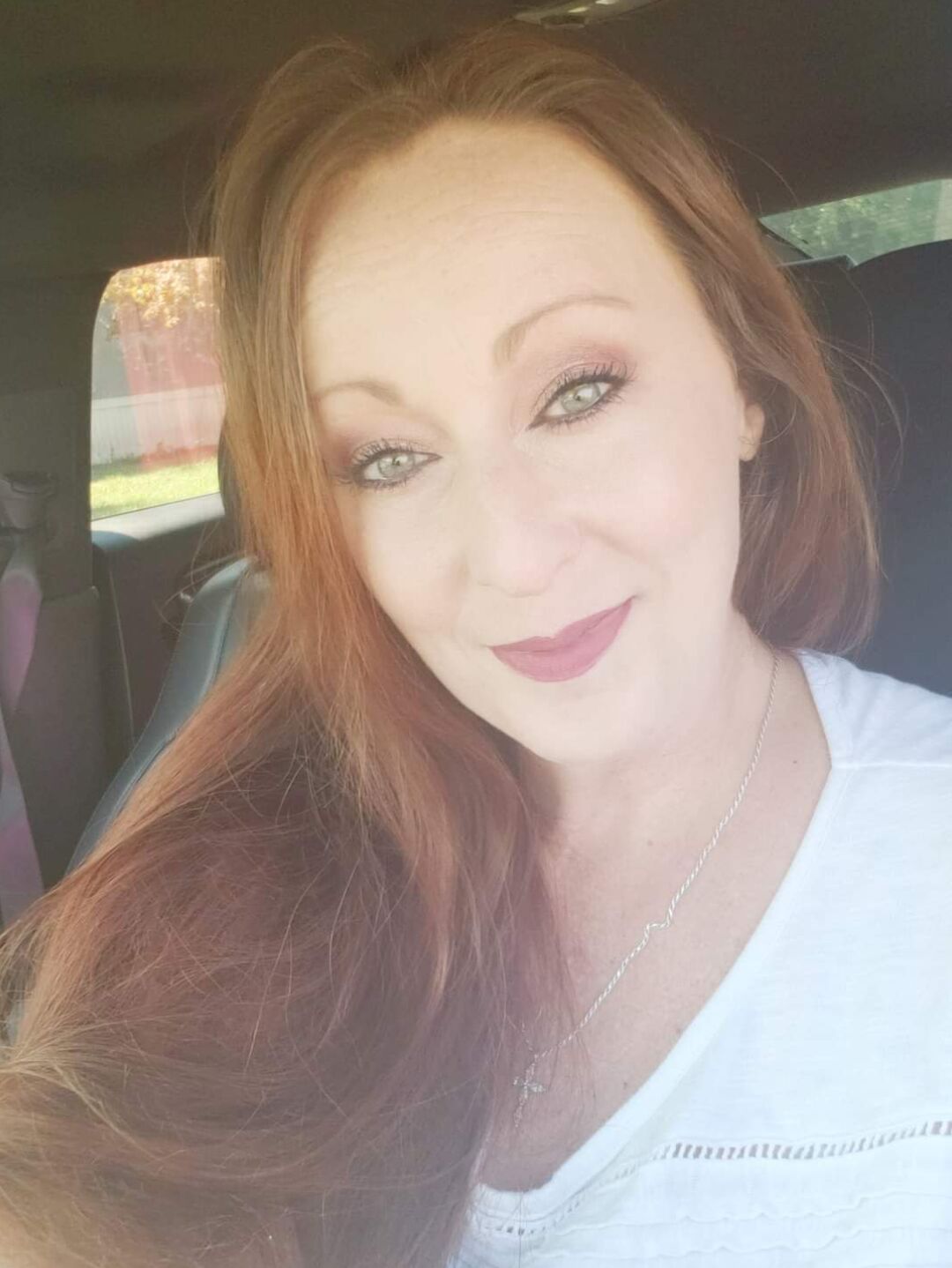 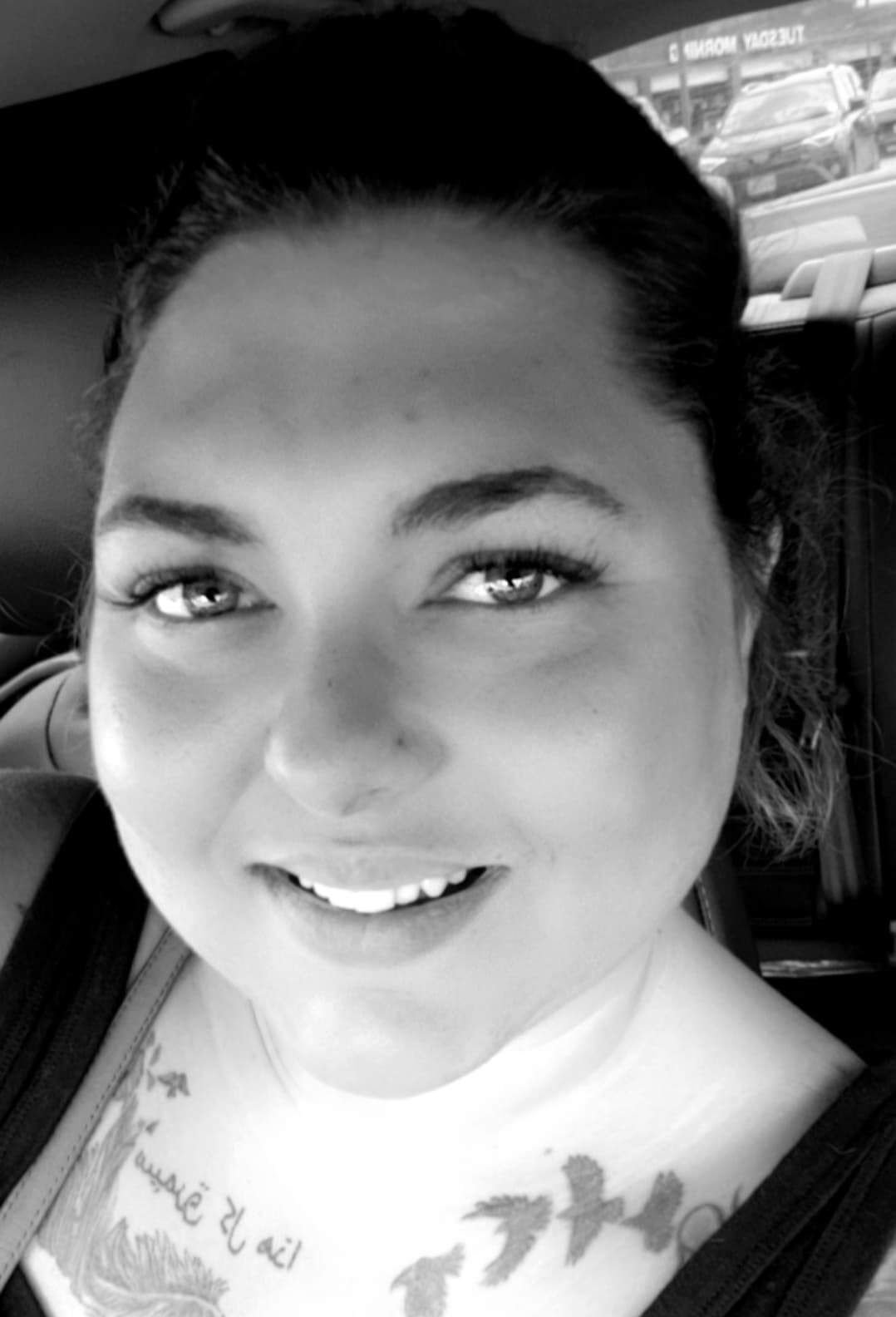 Two local women’s desire to raise awareness about child and human trafficking has led to weekly rallies in Longview.

Organizer Gina Perry said the “Line Up Longview Awareness Rallies” each Saturday outside the Longview Mall were initially called “Save Our Children Awareness Rallies.” Perry and fellow organizer Laren Brookins met on the East Texans Against Human Trafficking Facebook page.

“We wanted to do something to help,” Perry said.

The pair decided to host a rally at the mall in August, and the gatherings have continued every week since with a growing group of attendees. Perry said the rallies have been met with a mostly positive response.

“People come up to ask questions; people have thanked us for what we’re doing,” she said.

Line Up Longview Awareness Rallies also has a group on Facebook that was created to help organize efforts in the city.

“We call them ‘rally warriors,’ “ Perry said of the people who attend the demonstrations.

Perry said people have tried to donate money to people at the rallies, but she said the group is not a nonprofit or charitable organization.

“We’re moms in Longview,” she said.

So the group decided to raise funds for the nonprofit For the Silent based in Tyler.

For the Silent was founded in 2007 and initially assisted anti-trafficking organizations in Thailand and Cambodia by fundraising. By 2010, the organization shifted focus to trafficking in the U.S.

“After realizing the prevalence of the issue in East Texas, FTS developed a crisis intervention program for victims and prevention education program for high risk youth,” the organization’s website states. “FTS works hand in hand with juvenile justice departments, law enforcement, and middle schools in East Texas to educate, empower, and mentor girls who are high risk for or have already experienced exploitation, giving them the tools they need to leave exploitative situations.”

Perry said the goal of the rallies is to make Longview residents aware that trafficking exists in East Texas.

“To wake up and unite our community against the silent pandemic that is human trafficking,” she said of the group’s focus. “To educate people on the steps to take to protect themselves and their children.”

Human trafficking has many myths and misconceptions, Perry said.

According to the Polaris Project, many survivors of human trafficking have been trafficked by people they know, such as romantic partners and family members.

“We want to be a voice for the voiceless,” Perry said.

Line Up Longview has scheduled a “Save Our Children” rally and raffle Oct. 17 to benefit For the Silent. The event is scheduled 10 a.m. to 1 p.m. in the Longview Mall parking lot.

“We’re so excited. We’ve had so many donations for the event,” Perry said.

The event will have food trucks, face painting and prize bags for children.

Raffle tickets will be available 10 a.m. to 4 p.m. this Saturday at Roughneck Harley-Davidson, 3400 North Fourth St. in Longview.