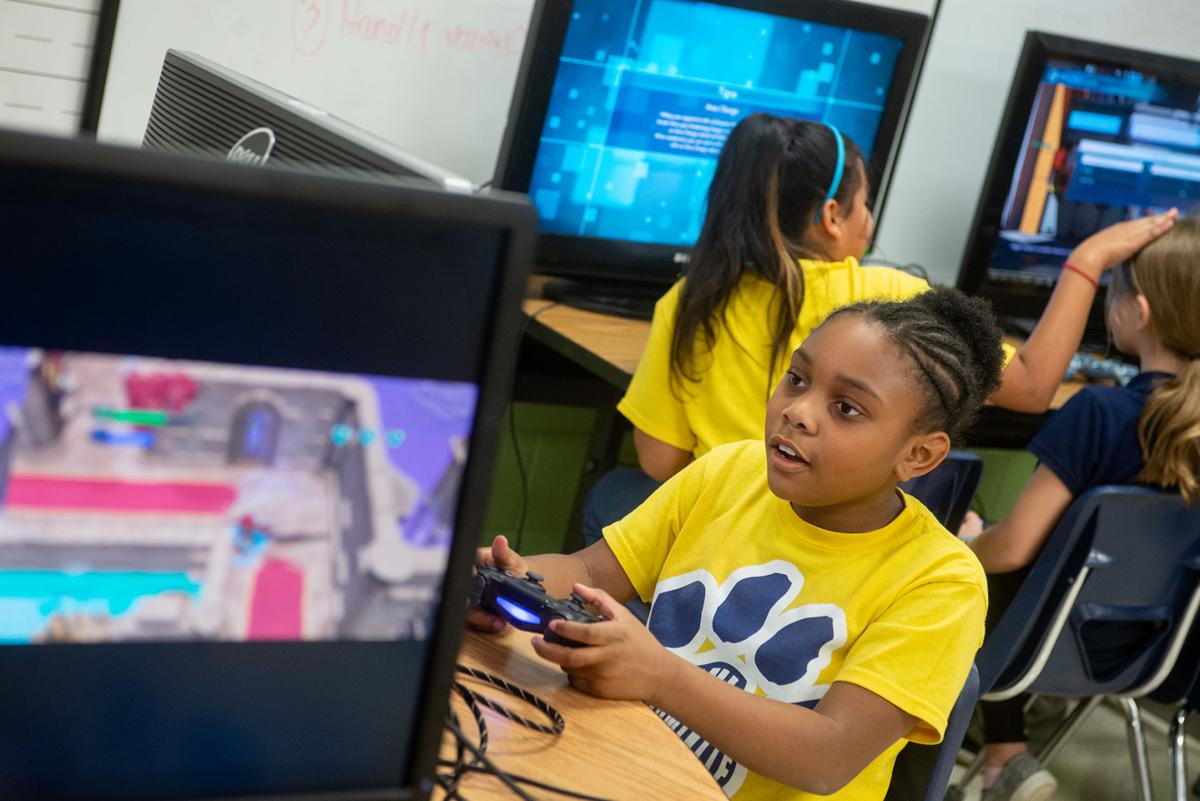 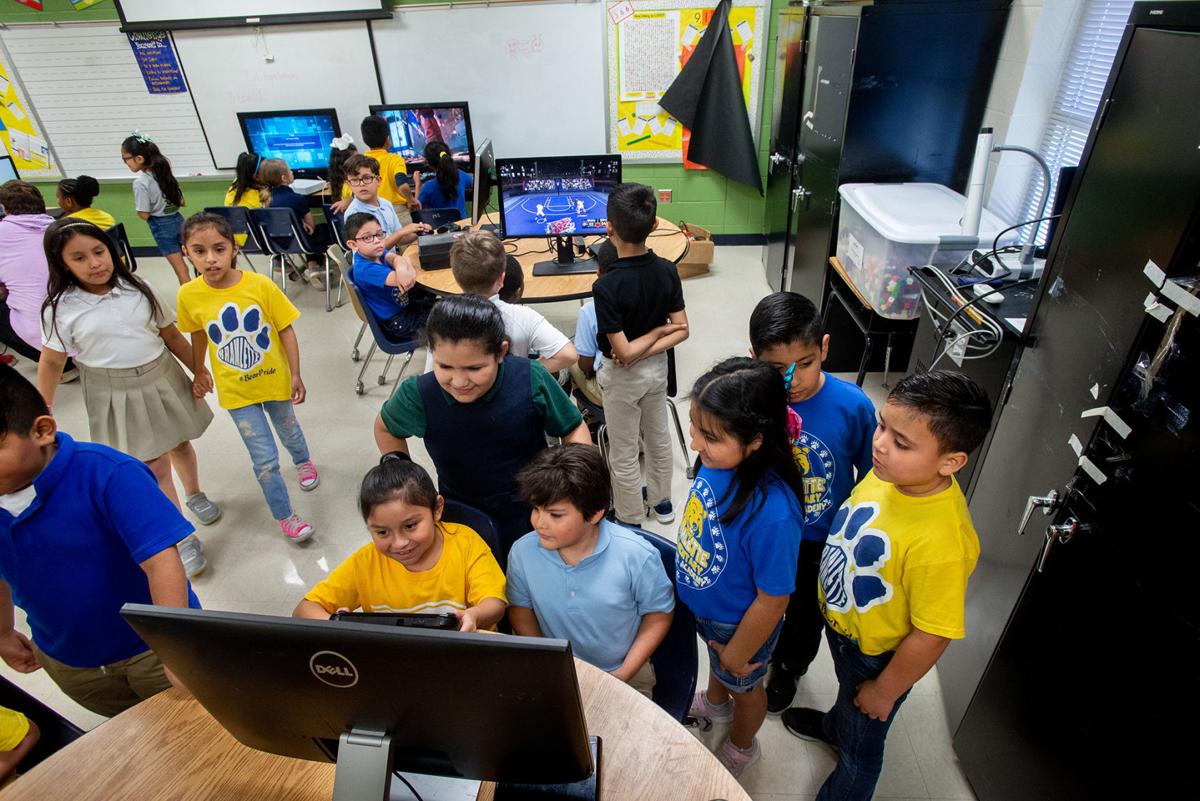 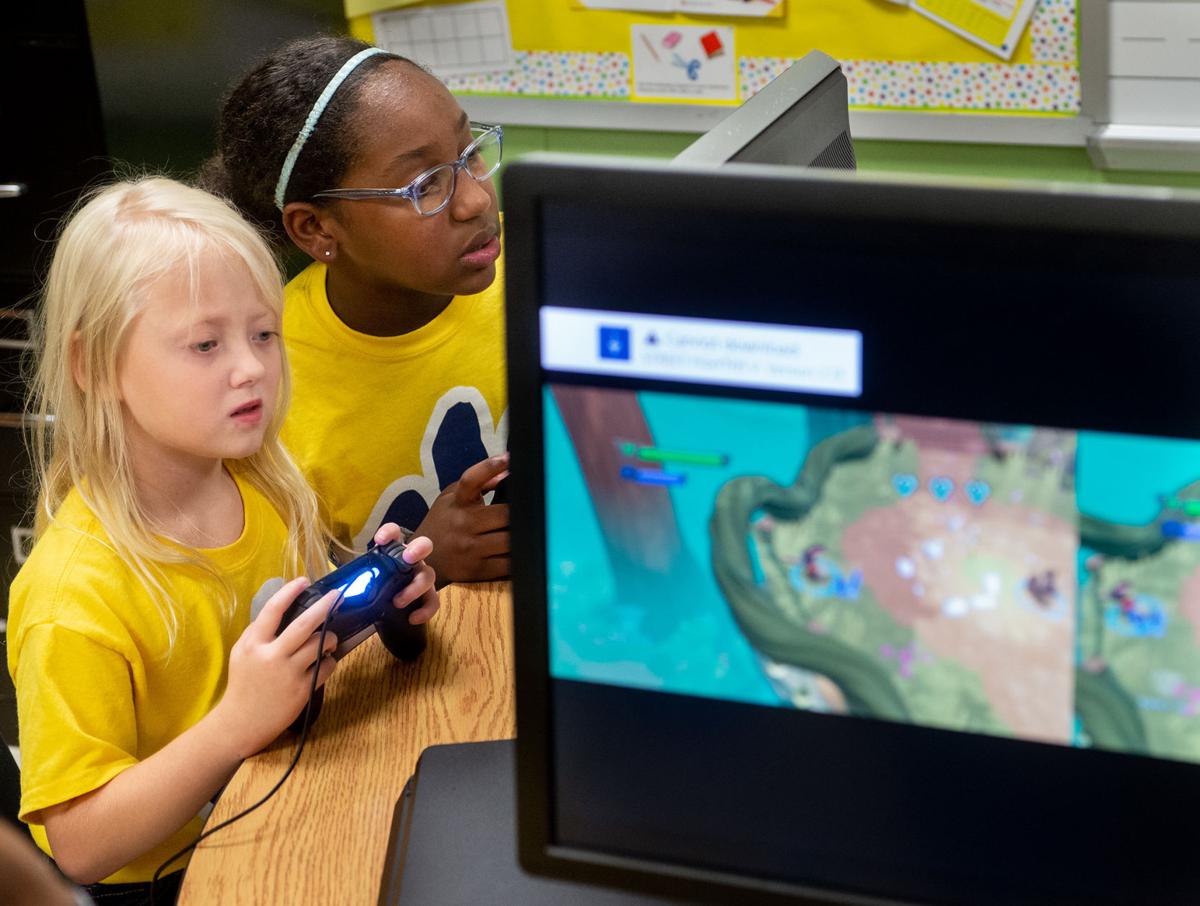 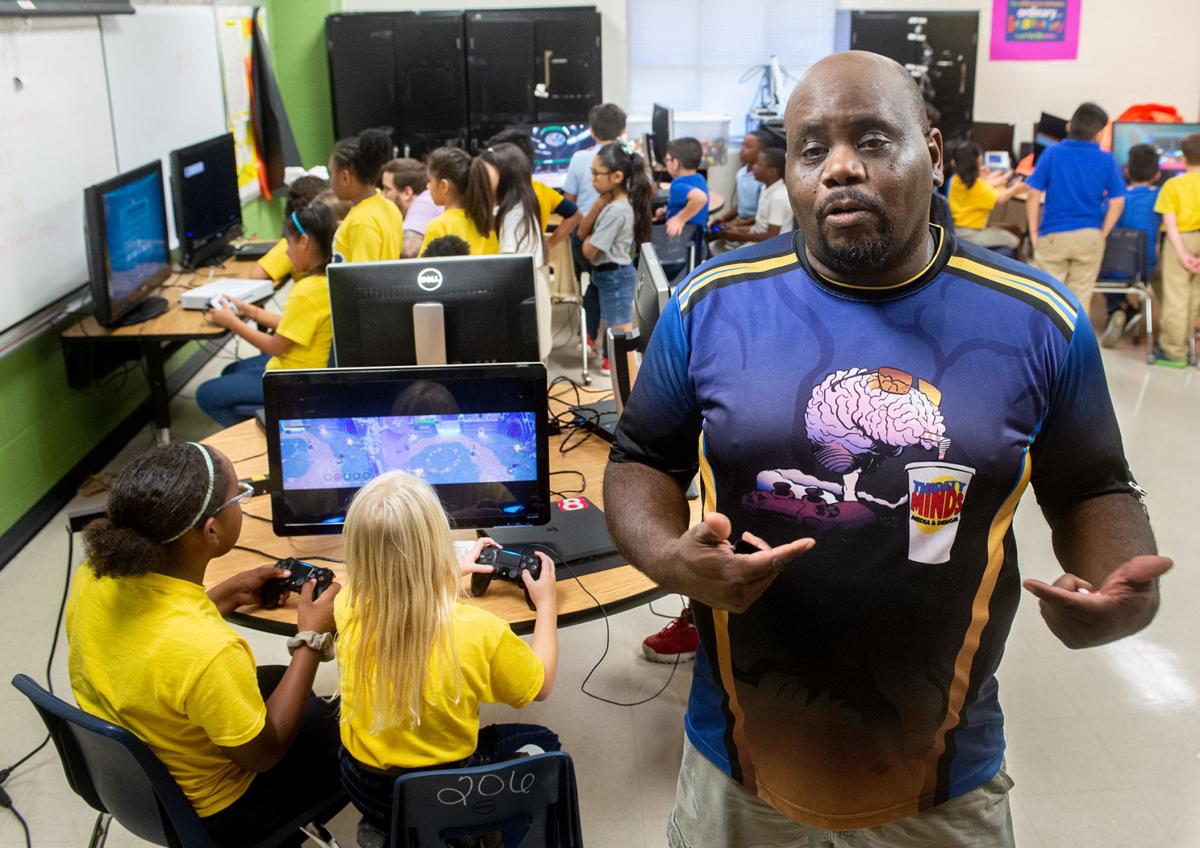 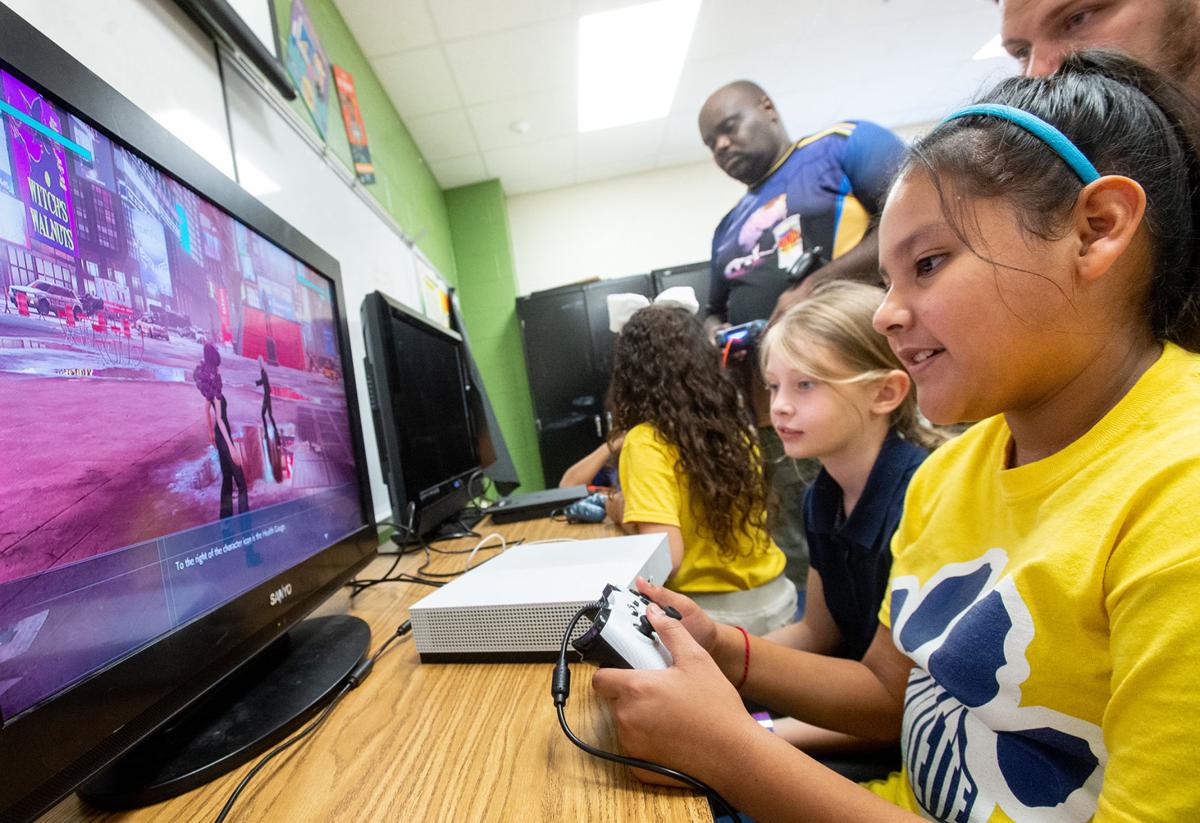 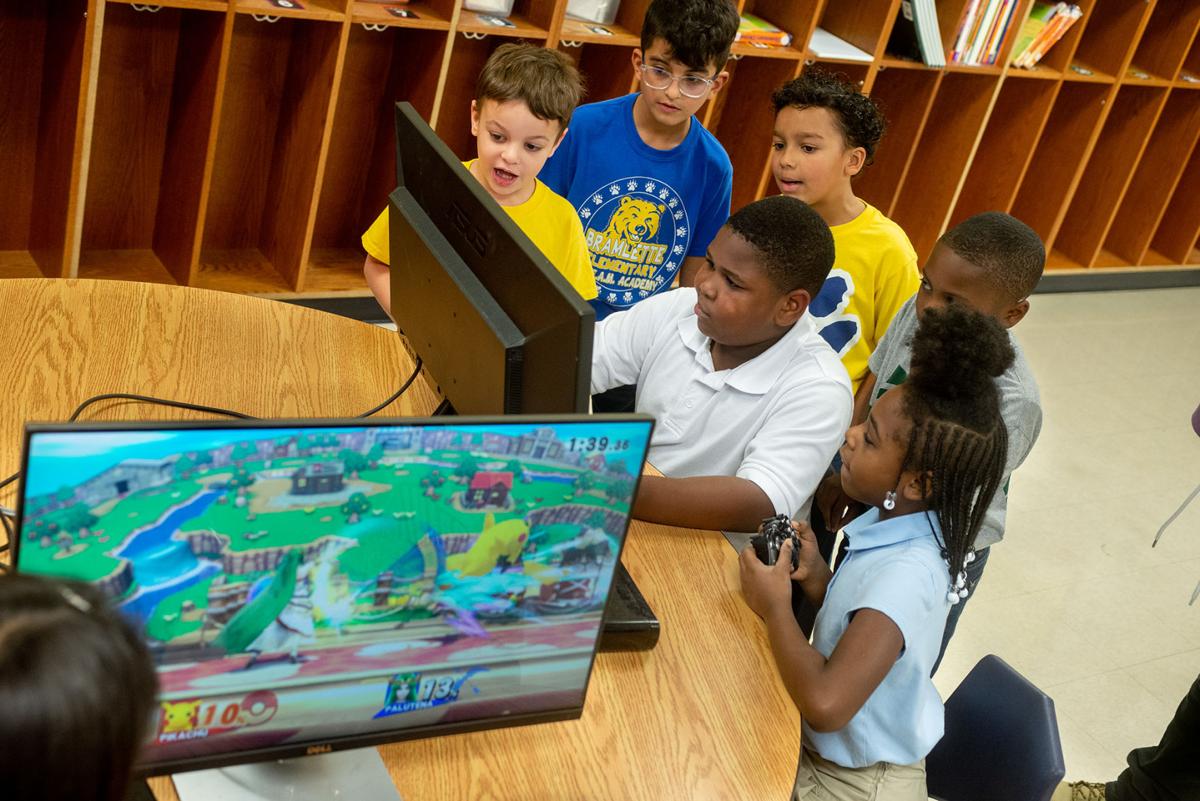 A crowd gathers around Donnavon Woods, 8, Friday while he competes in a match of Super Smash Bros. Michael Cavazos News-Journal Photo 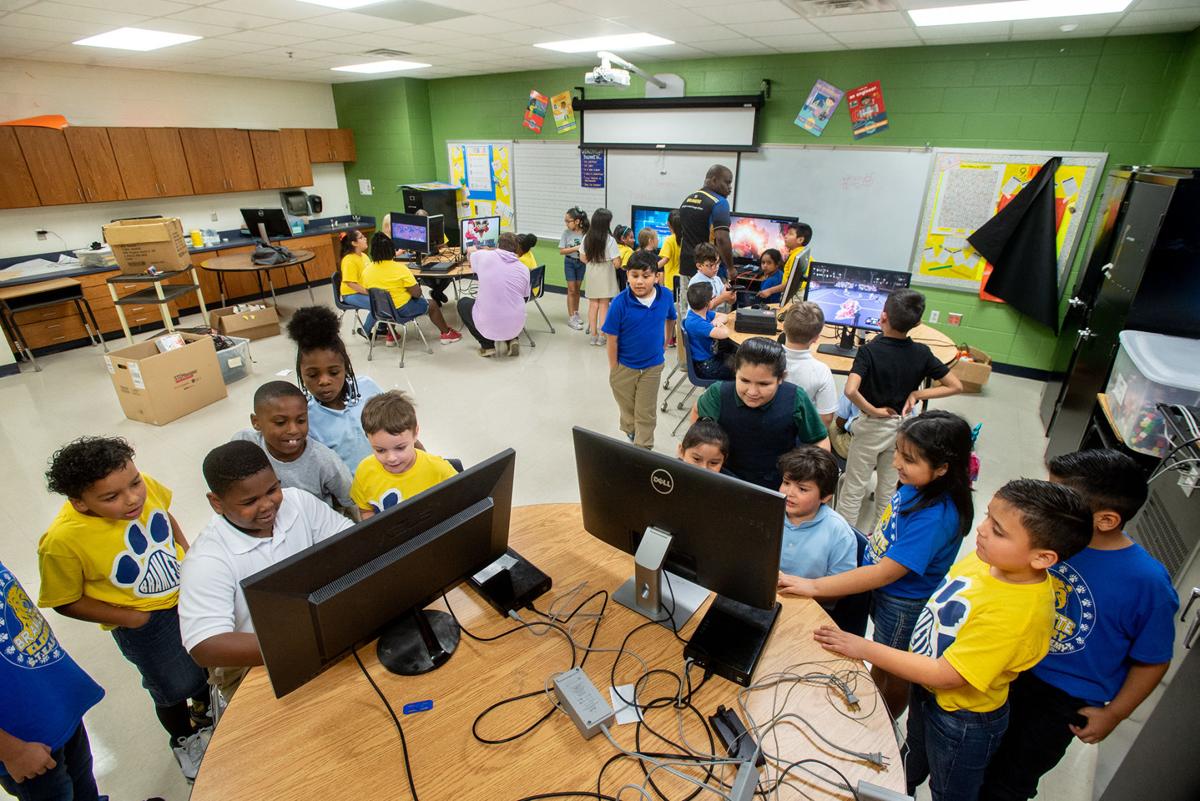 A crowd gathers around Donnavon Woods, 8, Friday while he competes in a match of Super Smash Bros. Michael Cavazos News-Journal Photo

Cynthia Macedo, a third grader at Longview ISD’s Bramlette STEAM Academy, plays the video game Super Smash Bros. with her 17-year-old brother, and sometimes she almost beats him, she said.

That experience paid off Friday during a gaming competition at her school when she won the game five times and got to pick a prize from a bucket of toys.

“I won because I was relaxing myself and telling in my brain I could win this,” she said. “I lost one time, but I keep on playing, and then I won and I was proud of myself.”

Cynthia and her classmates participated in a video game competition with the nonprofit Thirsty Minds Design & Media.

Joe Manns, founder of the nonprofit organization based in Longview, said he started the program to let at-risk youths experience video games.

“My goal is to expose everyone to it,” he said. “From the development, which is the making and development of the games, to the point where it’s at esports competition.”

Manns said the organization can offer children a glimpse at an alternative career path. People who compete in esports competitions can win millions of dollars.

“Not every kid wants to be a doctor, or a lawyer, or a policeman. Some of them might not even want to be NFL or basketball players,” he said. “It’s a career alternative — especially those kids that come from impoverished homes, single-parent homes, those who are in juvenile detention — showing them something different, showing them something they care about. Kids love games.”

Cynthia, 8, said she’s never played video games at school before, and it was fun.

Baker said he met Manns through esports. When he learned Manns was providing children gaming opportunities, Baker said he joined the cause.

“It’s a myth that kids are alone in their basement playing by themselves and being anti-social,” Baker said. “A lot of the kids that might have those issues, those anxieties, you see them connect through the game. It brings people together.”

Baker said he noticed the students helping each other learn how to play the different games and the overall excitement for the activities.

“They’re just so happy to do it,” he said. “It’s competition. It may not be as physical as traditional sports, but it’s a way to get them competing, interacting with other kids, and, overall, I think it’s just awesome.”