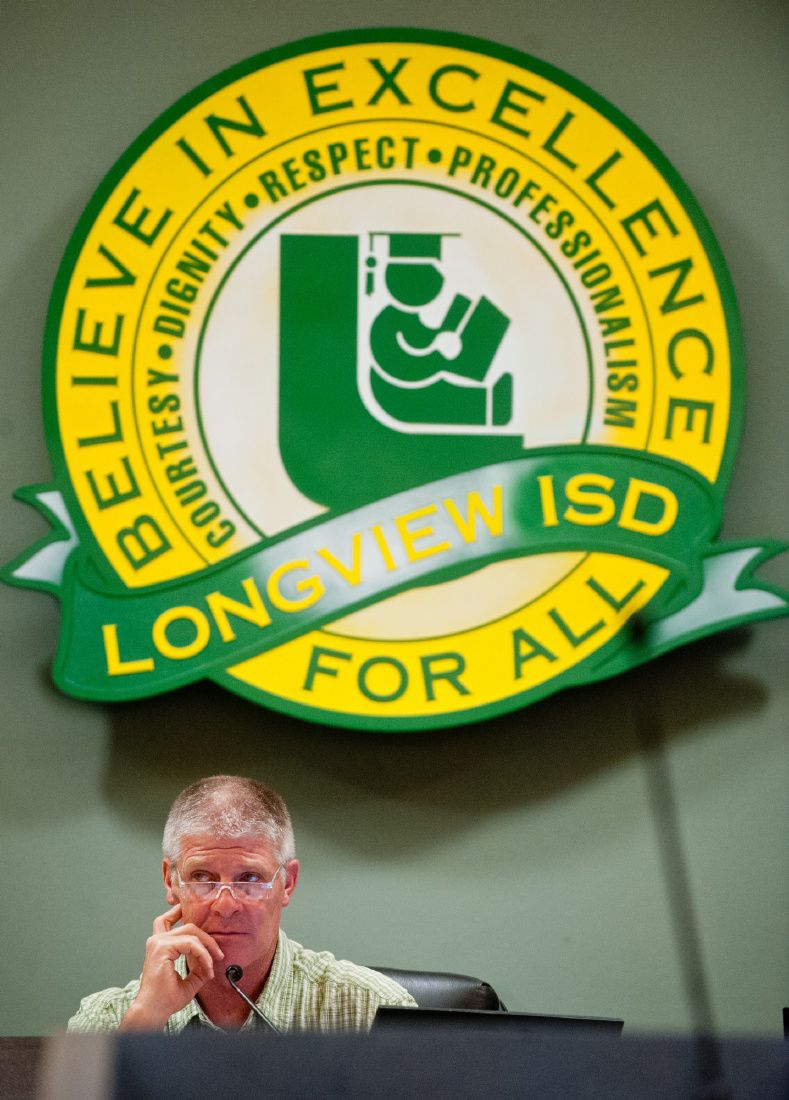 Board President Chris Mack during a Longview ISD board meeting, on Monday April 18, 2016, at the LISD Administration Building. (Michael Cavazos/News-Journal Photo) 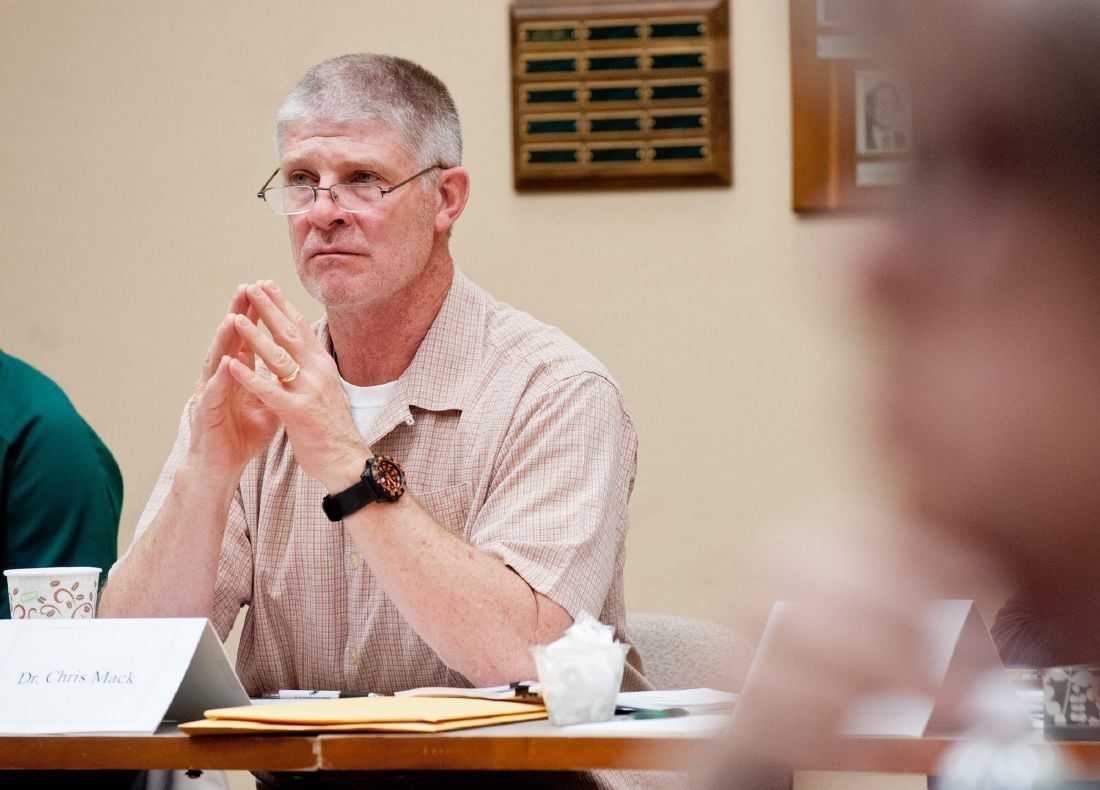 Chris Mack speaks during a Longview ISD board meeting, on Feb. 20, 2016, at the LISD Education Support Center. Mack’s resignation from the board was announced Monday. 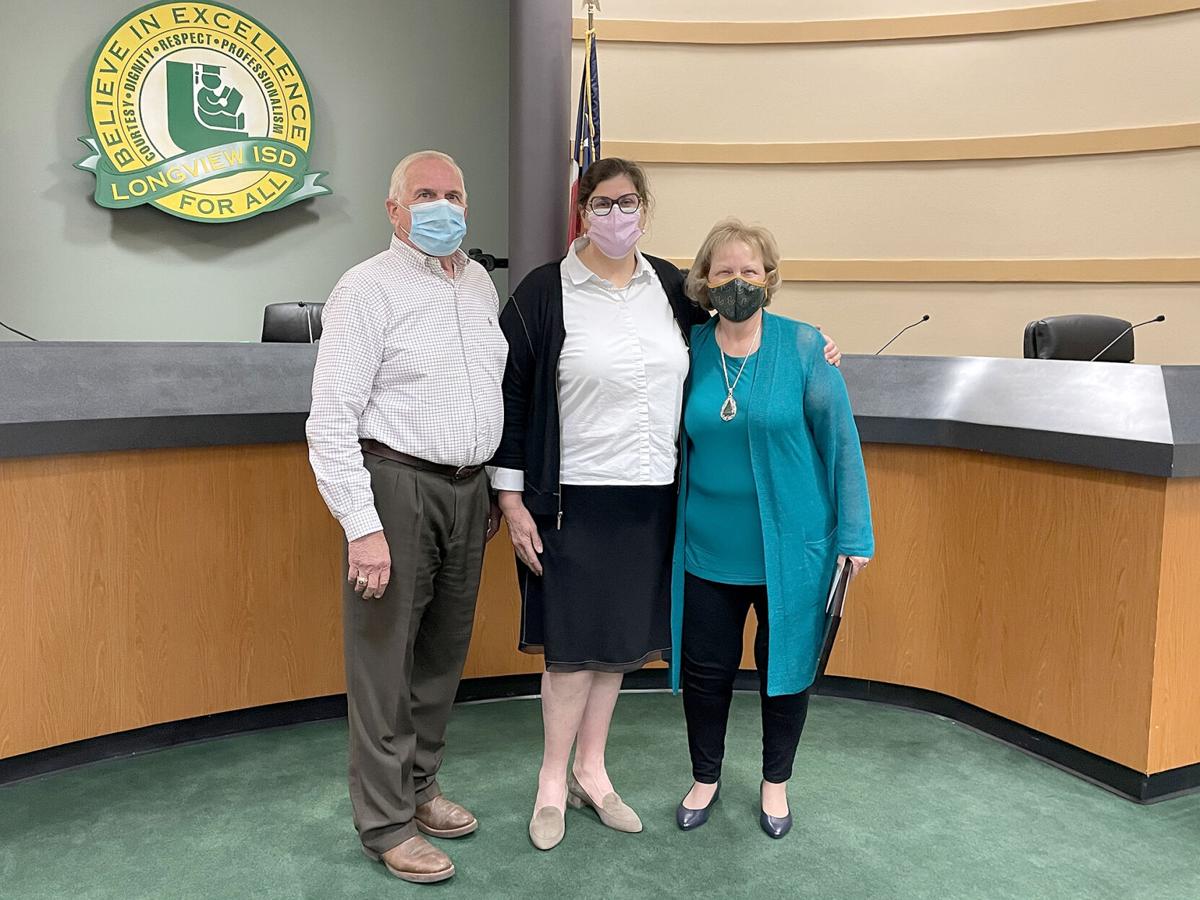 Longview ISD Superintendent James Wilcox and Place 4 trustee Ginia Northcutt honor Ava Welge at Monday's school board meeting. Welge served the district as a trustee for 3 and a half years. (Kristen Barton/News-Journal photo) 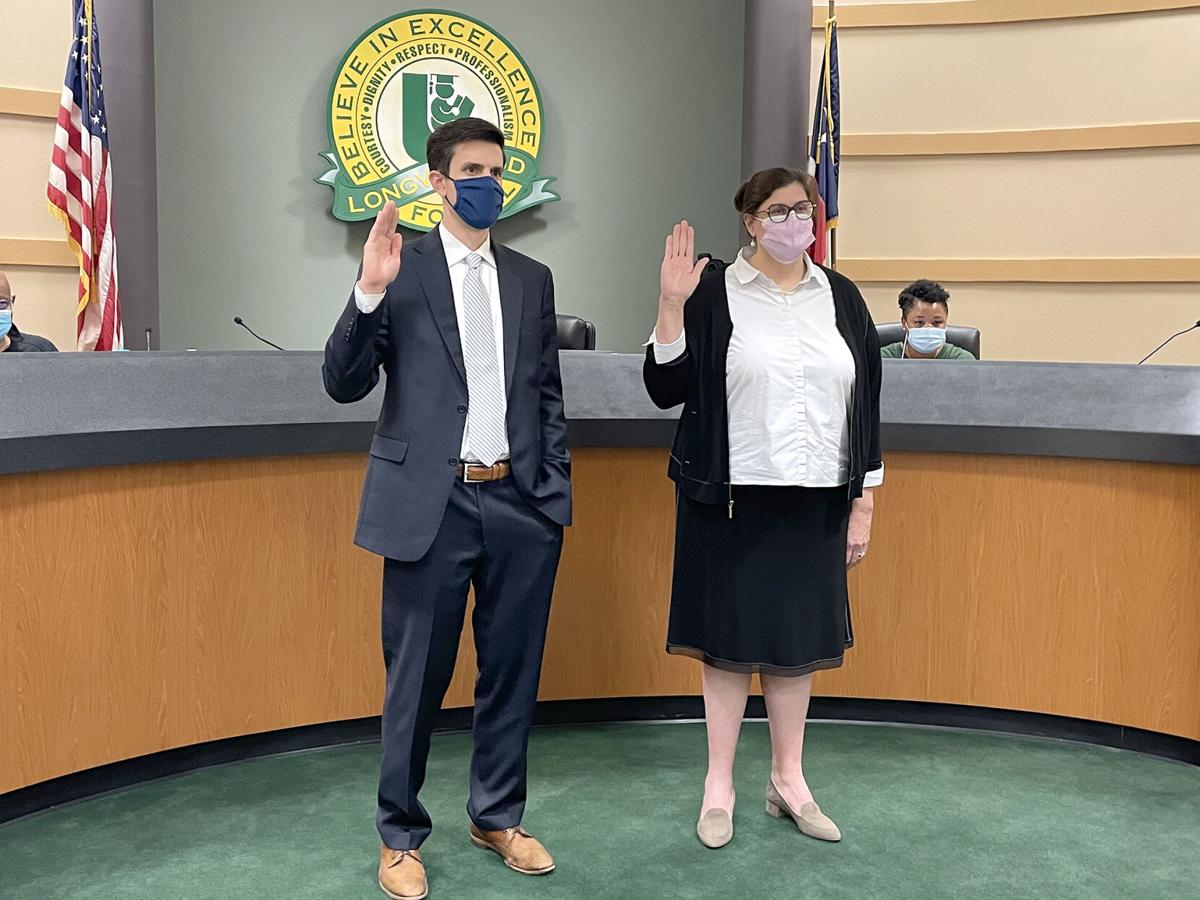 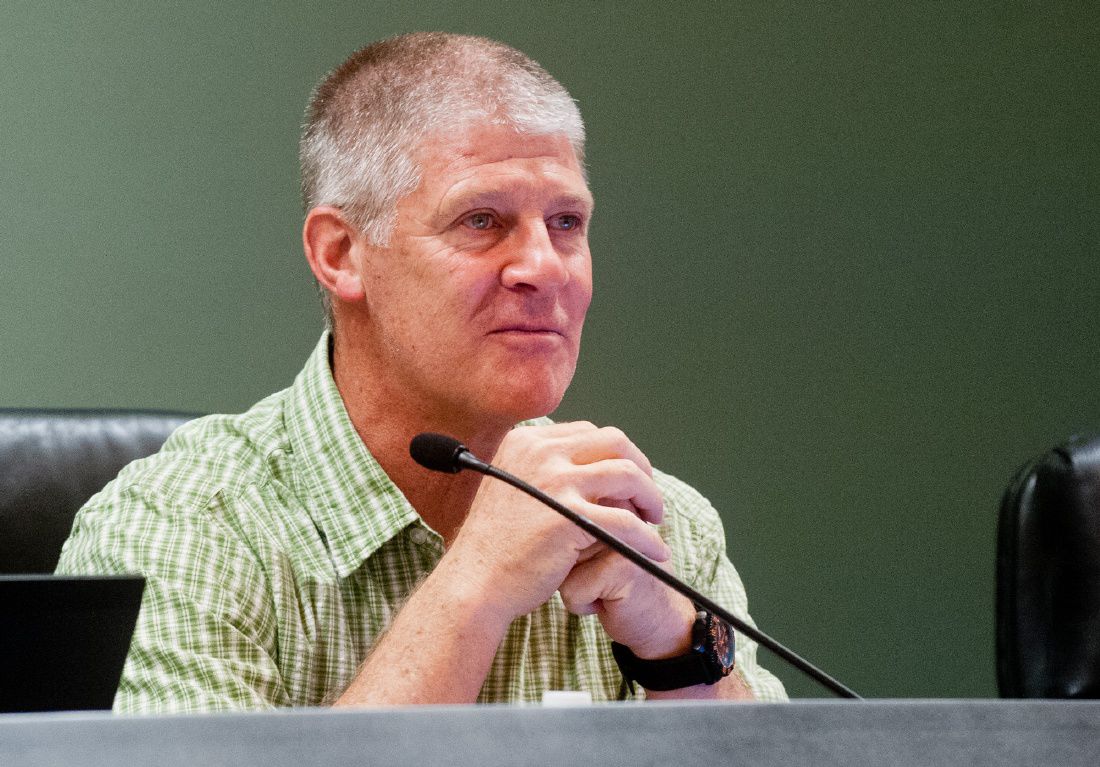 Board President Chris Mack during a Longview ISD board meeting, on Monday April 18, 2016, at the LISD Administration Building. (Michael Cavazos/News-Journal Photo)

Chris Mack speaks during a Longview ISD board meeting, on Feb. 20, 2016, at the LISD Education Support Center. Mack’s resignation from the board was announced Monday.

Longview ISD Superintendent James Wilcox and Place 4 trustee Ginia Northcutt honor Ava Welge at Monday's school board meeting. Welge served the district as a trustee for 3 and a half years. (Kristen Barton/News-Journal photo)

The resignation of longtime Longview ISD trustee Chris Mack accompanied several changes to the structure of the district’s board during its meeting Monday night.

Mack, who was the second-longest serving trustee having been first elected in 1993, said he resigned to spend more time with his family.

“I’ve been on (the board) 27 years, and I’ve been thinking on resigning for a while,” Mack, who was not at the meeting, said Monday night. “I just wanted to wait until the district didn’t have to do a special election. I wanted to spend some time with my family.”

Superintendent James Wilcox said the board will meet soon to find someone to replace Mack in his place until an election can be held in May.

Mack said in his 27 years of service, he is most proud of the 2008 bond the district passed to rebuild and renovate its facilities. The bond was approved for $266,875,000.

“We rebuilt the whole district and made all the facilities equal and equitable, and it solved a whole lot of problems for us,” he said. “It was a big deal; our facilities and our systems, our technology, it was all antiquated. Under Wilcox’s direction, we decided trying to do this one school at a time isn’t fair, and he said let’s do it all.”

Mack said he enjoyed his time on the board, and he thinks Wilcox and the administration are doing a great job.

“I had a good run and worked with some great people,” Mack said. “It’s just time for some new blood in there.”

Place 7 trustee Troy Simmons said he is sorry to see Mack leave the board.

“He was very passionate about what he believed in,” Simmons said. “I’m sorry to see him leave, but I certainly understand.”

Place 5 Trustee Shan Bauer echoed Simmons’ sentiments on Mack’s passion, which she said was for the interest of the kids in the district.

Bauer also said Mack was accepting toward her when she first joined the board and that he helped her early on.

During the board formally recognized Welge for her three and a half years of service to the school board as her time as a trustee came to an end.

“It gives me great pleasure to honor you and tell you how much we as a board appreciate your service,” Northcutt said to Welge. “We are so grateful.”

Welge said she thoroughly enjoyed her time on the board.

“I want to say what a joy and an honor it’s been to serve as a trustee for Longview ISD for the past three and a half years,” she said. “I think we’ve got a good replacement.”

The board approved several items during the meeting, including the purchase of 15 buses using a maintenance tax note.

The tax note is for $1.5 million and allows for the district to finance the purchase of the buses with maintenance and operations taxes before the taxes are collected. The district will borrow the money at an interest rate of about 1%.

The board also approved an amendment to its District of Innovation plan. The amendment allows the district to hire elementary-level teachers who are not certified to meet the needs of students.

Coleman said in order to fulfill International Baccalaureate standards, they have to offer a foreign language. He said there are people in the community who are speakers and can teach the classes but who are not certified. The amendment allows them to start teaching while they still are working on getting their certification from the state.

For example, Coleman said there is a current employee who is an instructional aide. She has an education degree, but she is not certified to teach a foreign language though she speaks the language fluently. He said the amendment allows the district to let her teach.

Bauer said the district provides the resources for them to become certified.

Miller voted against the amendment, but he said it was because he did not yet have all the information he needed.