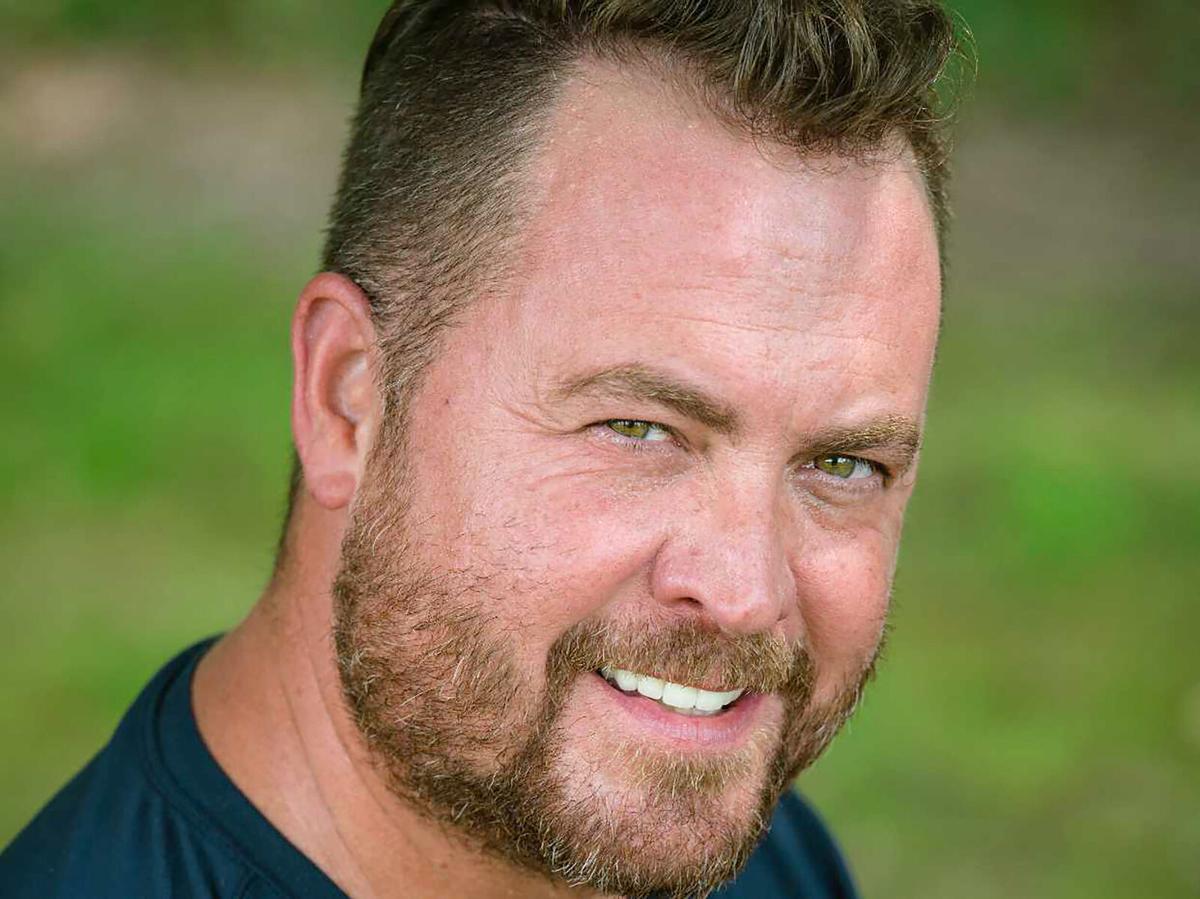 Longview native Kyle Wyatt poses for a photo. Wyatt is the actor behind the iconic Mortal Kombat yell that’s become synonymous with the franchise. He is still an actor, though he says acting is no longer what pays the bills for him and his family. 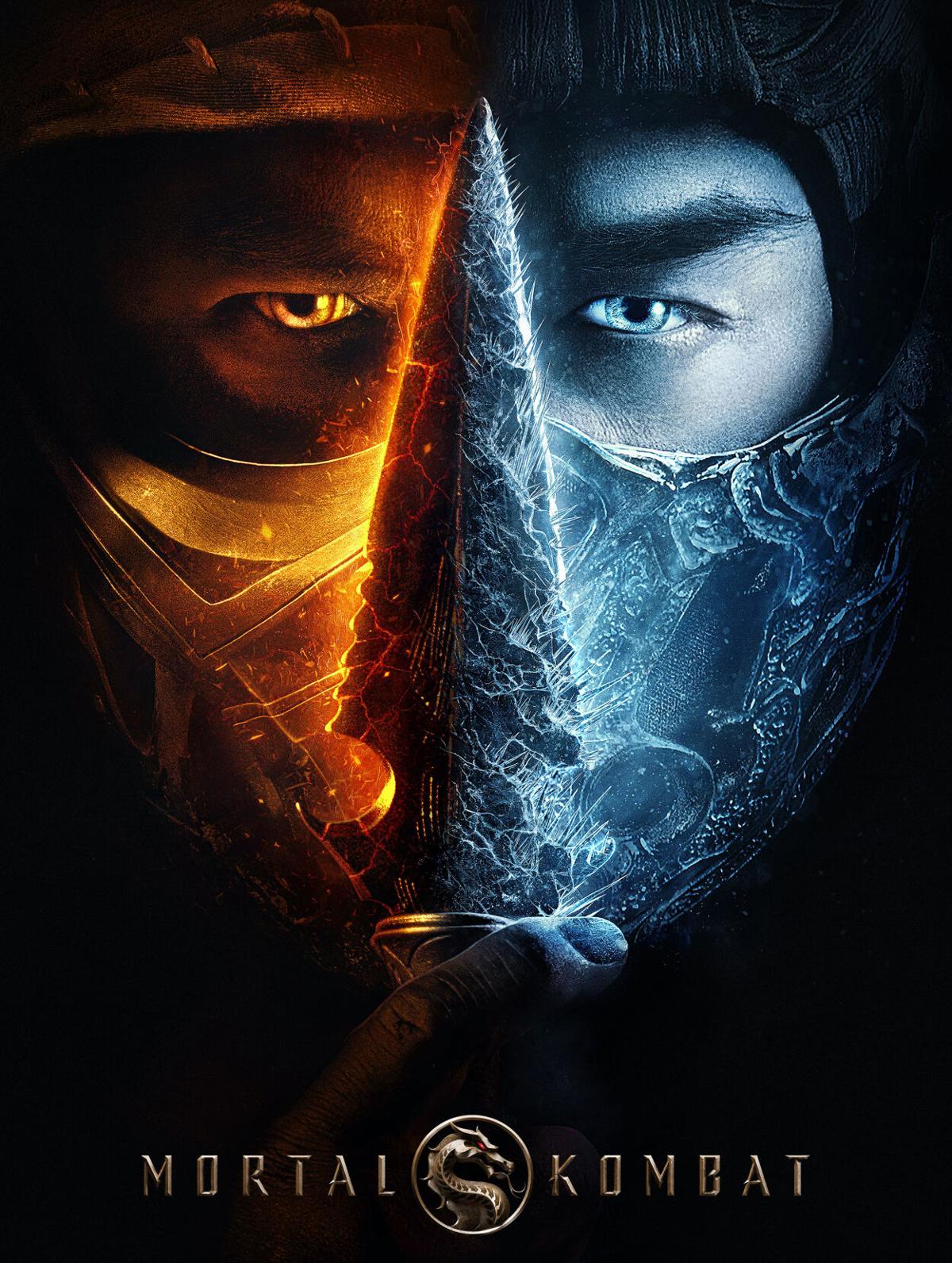 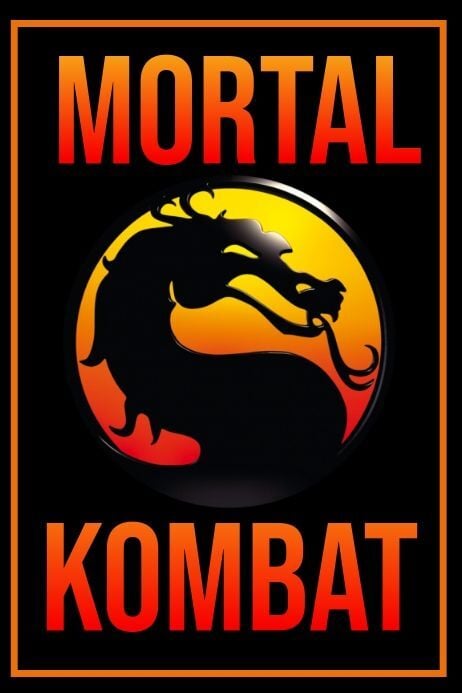 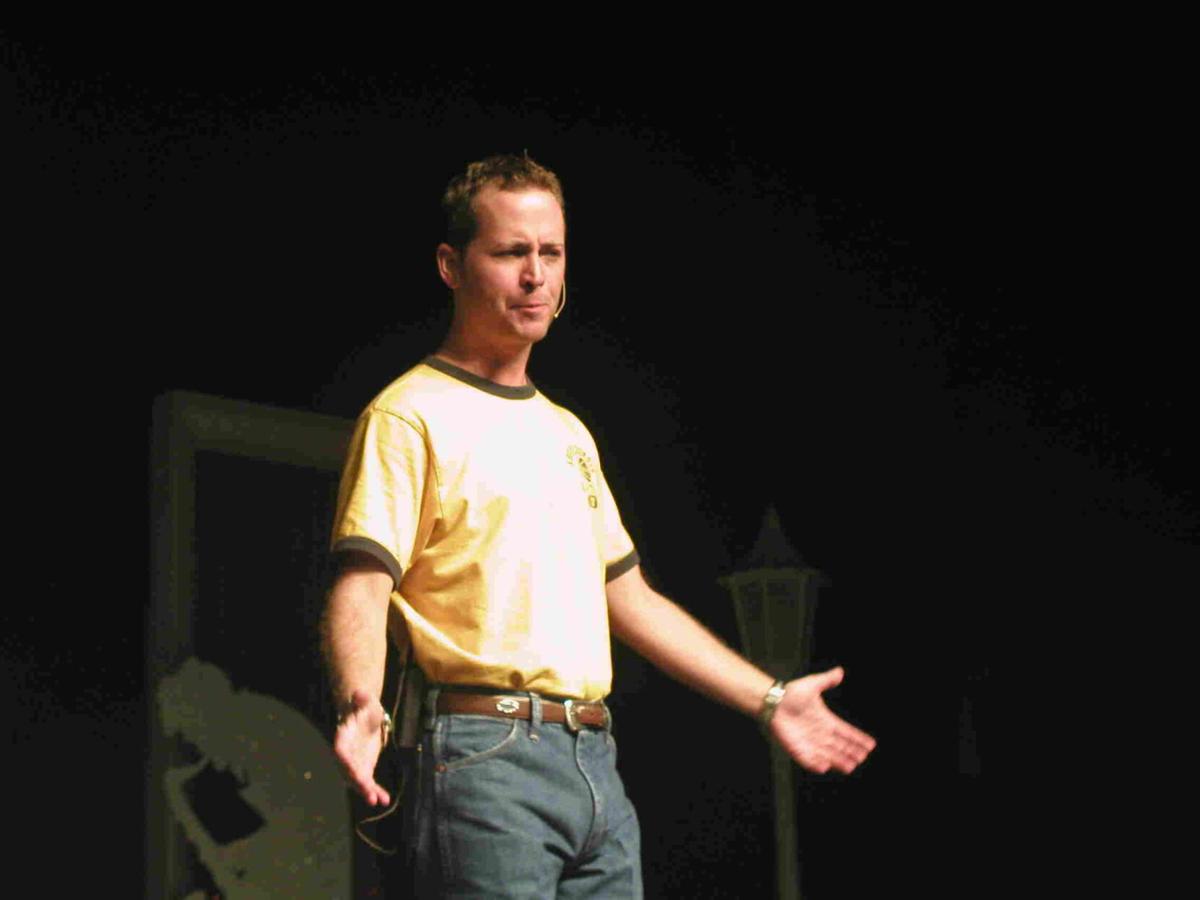 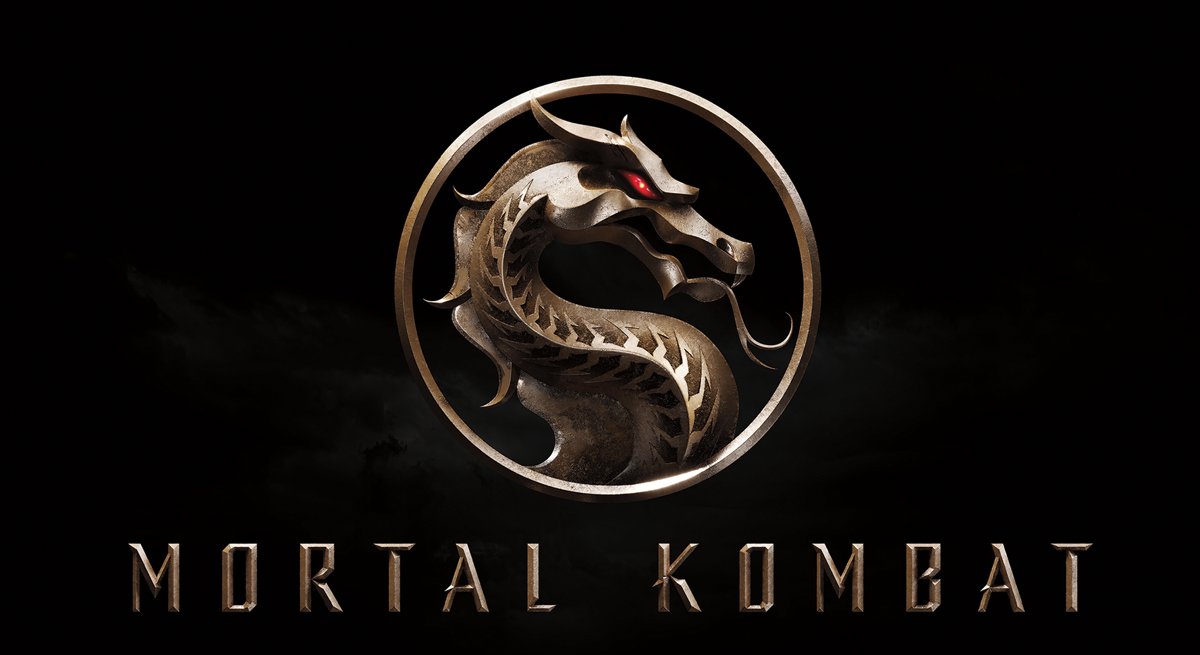 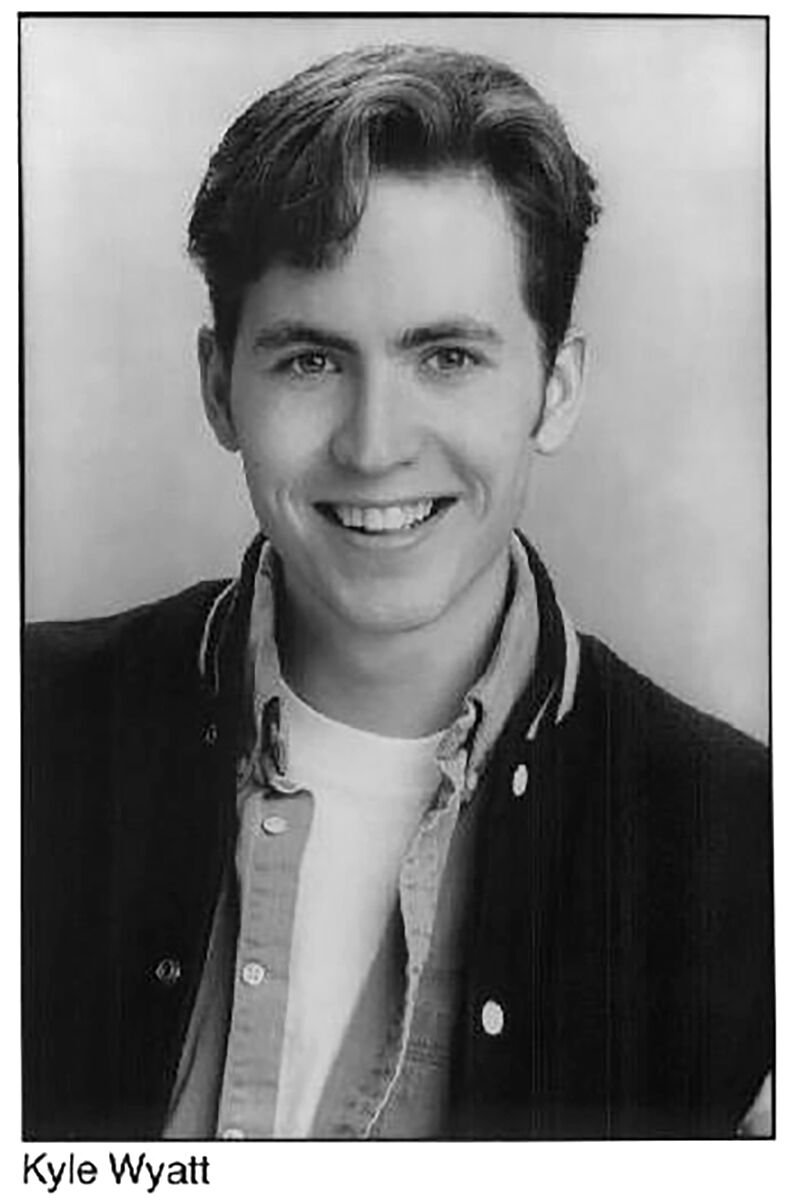 Longview native Kyle Wyatt poses for a photo. Wyatt is the actor behind the iconic Mortal Kombat yell that’s become synonymous with the franchise. He is still an actor, though he says acting is no longer what pays the bills for him and his family.

One of the most famous screams from 1990s pop culture came from the pipes of a man who grew up in Longview — and you’ve probably never heard of him.

Kyle Wyatt was 4 when he and his family moved to Longview from the Dallas area in 1972. Roughly two decades later, he would show up at one of his first acting gigs in New York City and scream “Mortal Kombat!” to birth the franchise’s signature sound.

Wyatt, speaking via Zoom recently as the new “Mortal Kombat” movie began playing in theaters, said it was maybe his fourth gig in NYC after abruptly packing up and moving out of East Texas with few plans except to act. He said at the time, he had no idea what was going on.

“I remember we were being placed into groups,” Wyatt said. “We were part of the background shot. That’s what we were told — the extras.”

He said the actor-hopefuls were told to run around the buildings in the Wall Street area of New York, “just mob-like,” doing a chaotic scene.

“And I remember a director saying, ‘Hey, come here. You. Come here for a second.’ ”

Wyatt said he hated being called out. He thought he did something wrong.

The director told Wyatt that when he hit his mark, he needed to say “Mortal Kombat.”

The director didn’t go for it. He said Wyatt needed to try it with more energy.

On the third take, the director again called to Wyatt.

“ ‘Now, I want you to feel like you’ve been hit with all the weight in the world — in your gut — all the problems, and then I want you to yell this phrase,’ “ Wyatt said the director told him.

“I don’t want you to say it. I want you to yell this phrase from the bottom of your gut — Mortal Kombat!

The director told Wyatt to keep going and to “yell, yell.” So, he kept screaming the phrase over and over.

“They got stationary cameras in position,” Wyatt said, describing the scene of the shoot. “They have mobile cameras with the guys running around, then they have this huge boom crane above us with a camera and mics and everything.”

Wyatt said the scream happened 29 years ago. He had no idea what it was for or how it might be used. He could not have known how widespread or how well known it would become.

“I was just happy that I paid rent that month,” he said.

The scream would be used in the brutal “Mortal Kombat” video games and movie. It was many years later when Wyatt learned that it was sampled in a techno song by a group called The Immortals.

He said as the “Mortal Kombat” franchise grew in popularity, and the scream was used in various ways, people around him still did not know it was him.

“It was wild because when we would see these commercials come back, and I’d be with a buddy or something, I’d say, ‘You know that was me — I did that,’ ” Wyatt said. “Yeah, that was me. That was back in my time in New York.”

Though it’s a unique claim to fame, the storied scream is not where the now 52-year-old Wyatt’s involvement in acting ended.

According to his page on IMDb, Wyatt “is an accomplished actor who is driven by an incredible passion for self-expression.”

His credits include roles in films “Carlito’s Way” with Al Pacino and “Vibrations” with Christina Applegate.

He even did some monster truck rally commercials “back in the day,” he said, and he easily modifies his voice to be exactly how one might expect an announcer to sound as he relays information about seeing the “fire-breathing dragon” and how you should “Be there. Be there. Be there.”

Wyatt said he is still “a full-fledged actor” with an agent. He said now his three children are signed under his agent.

He has gotten to act with his two daughters but not yet his son. He said he’s looking forward to it.

“I currently work with Homeland Security, and that’s what pays the bills every day right now,” he said.

Wyatt still makes it back to Longview. He said he was in town recently to pop in on his mom and dad, who are 84 and 86.

He also has siblings in the area. His sister lives in Longview, along with his oldest brother and his twin brother, Kevin. He has another brother who lives in Keller.

And Wyatt remembers vividly the years he spent in Longview before stealing away to New York City.

His early years included ties to other residents who have gone on to their own forms of greatness.

Wyatt recalled a time when as a youngster it snowed. He and his friend, Neal McCoy —before he became a country music star — did not have sleds because snow is rare in East Texas. No sleds, but Wyatt’s mother baked a lot, so she had plenty of metal cookie sheets. He said he grabbed some of her cookie sheets, and the pair slid down Alpine Road across Loop 281, which then was just two lanes.

A search of News-Journal articles lists Wyatt’s name under headings for Longview High School singing productions and theater performances. According to a June 1987 item in the Longview Morning Journal, Wyatt was a member of the Singsations, concert choir, Lobo Band, musical comedy company and was seen on stage in numerous productions of the drama department.

He said he went through college, graduated from Texas A&M University and came back to Longview. Then, he started teaching at Pinewood Park Elementary School. It didn’t agree with him.

Wyatt said Wesley had a relative he could stay with in the city. But Wyatt had to sleep on the subway before he found a place to live.

“I had transit cops kicking me, waking me up,” he said.

Wyatt soon found an agent out of New Jersey. The agent got him the gig where he would scream those two words that would follow him in his career and in life, after his fanbase told him about its popularity — something for which he’d still be grateful to get a royalty check.

His passion for acting also hasn’t changed much in the nearly three decades that passed since the scream at his one-time gig.

“I’ve always had the acting bug,” Wyatt said. “I’ve loved entertaining people since I came out of the womb. I think I ended up coming out of the womb with a cigar in one hand and a martini in the other, and I said, ‘OK, Where’s the crowd? Let me work ‘em, you know?’”

“And my teachers, probably if they’re still alive there in Longview, they’ll probably tell you the same things.”