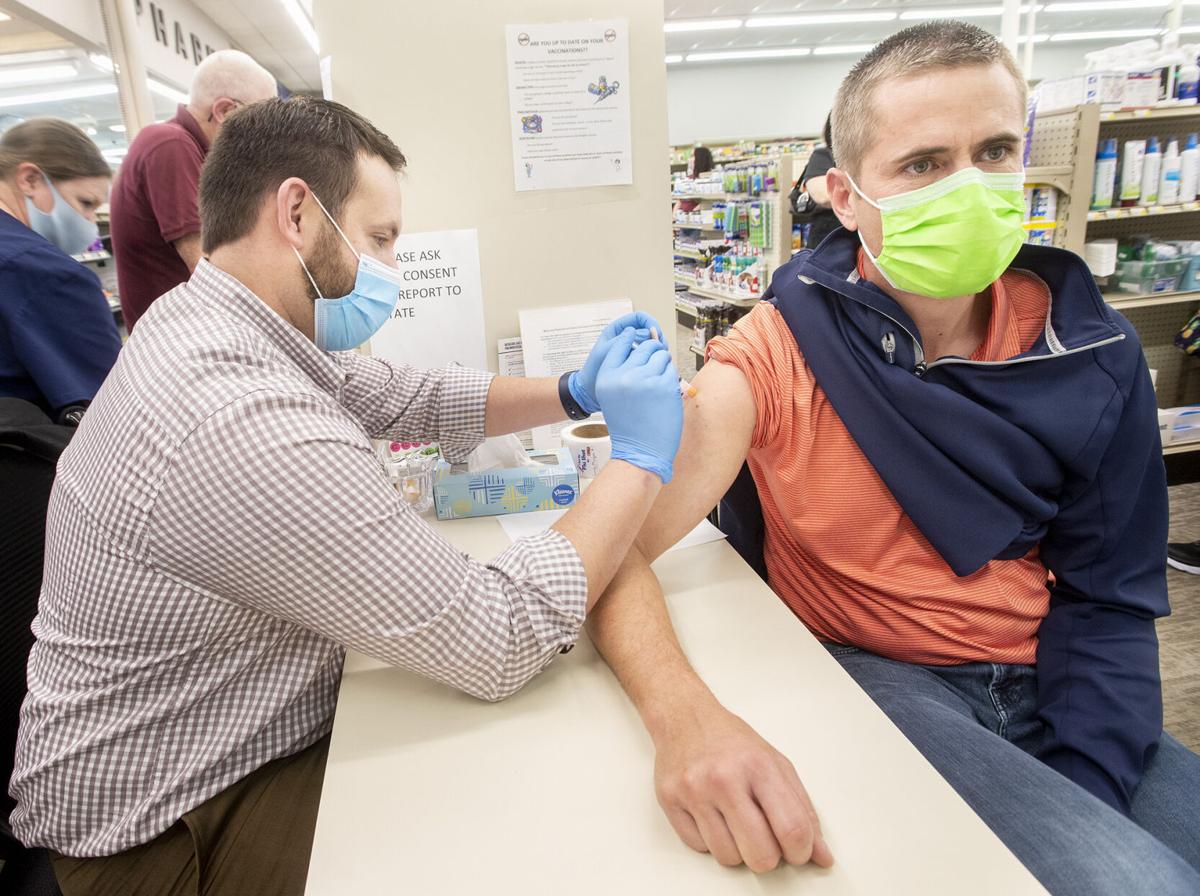 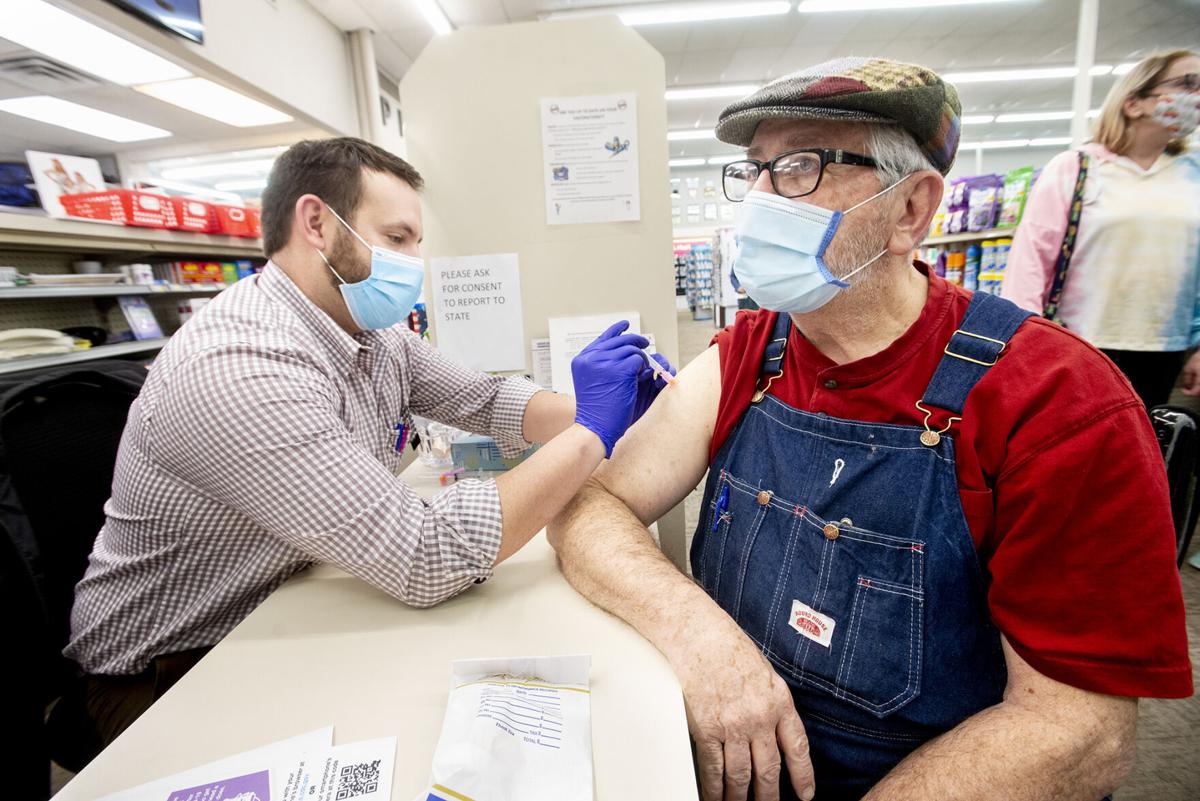 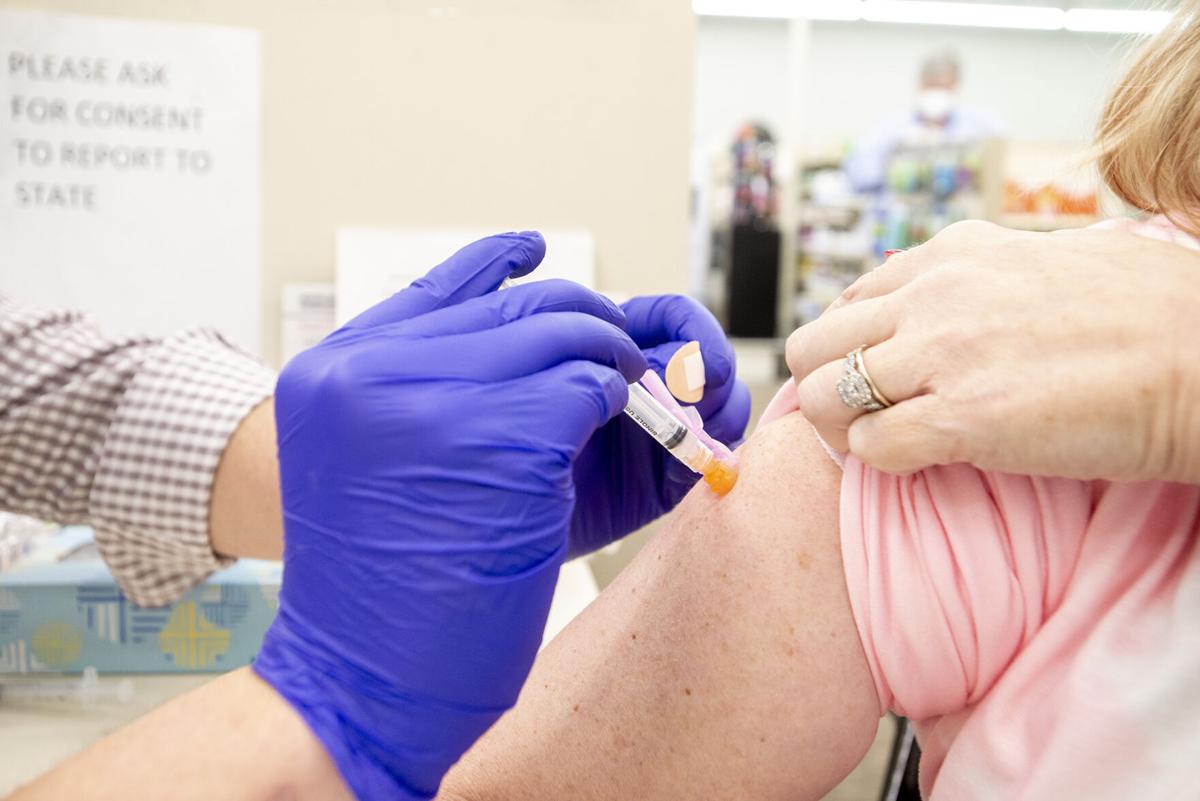 Louis Morgan Drug No. 4 co-owner and pharmacist Shawn Sams says he hopes being able to administer the first rounds of the COVID-19 vaccine will lower the community’s “anxiety level.”

The Longview pharmacy received a shipment of 100 COVID-19 vaccines Wednesday for health care workers, and employees began to administer the shots that afternoon.

By 2:45 p.m. Wednesday, Sams estimated the pharmacy had given about half of the vaccines it received.

“The states ask us to give these as soon as we get them, the same day if possible, so that’s what we’re trying to do,” Sams said Wednesday. “I’m hoping the anxiety level decreases a little bit and people are able to get to a more normal, routine life.”

Among the dozens of health care workers lined up for shots were Dr. Patrick Briscoe of Sherman and Briscoe Orthodontics and several of his staff members.

“I’m an orthodontist, and, you know, we’re 18 inches from patient’s mouths all day long,” he said. “You feel like you’re one step closer to coming out of this.”

Briscoe said his practice was closed for about six weeks earlier this year, but he believes his practice is stronger.

“We have active patients that need to be seen every six weeks,” he said. “For us, we had patients waiting at the door for us when we opened back up.”

Dr. Michael Leath, an internal medicine specialist, was among the first to get the vaccine at Louis Morgan. Leath said he was glad to get the opportunity to develop immunity by getting vaccinated.

“I see patients in two clinics,” he said. “There’s been a smattering of patients of both clinics and employees that have either been exposed or brought the virus.”

Leath said he was grateful, remembering when he heard in March that a vaccine could be 18 months away.

Community members who are frontline health care workers and residents of long-term care facilities are among those eligible for the first round of vaccines.

Brookshire’s and both Super 1 Pharmacy locations in Longview are set to receive 100 doses of the vaccine.

Brookshire Grocery Co. spokeswoman Morgan Countryman said people who want to get the vaccine should call their pharmacy and schedule an appointment (dial 0 when calling). The pharmacy will ask for a badge or ID to confirm that each vaccine recipient is part of the targeted frontline health care group.

“The general public is not eligible for the vaccine at this time per state guidelines,” Countryman said. “We will keep our customers and communities updated as this process continues and we move through the multi-phase rollout that will allow us to offer the vaccine to the general public in the near future.”