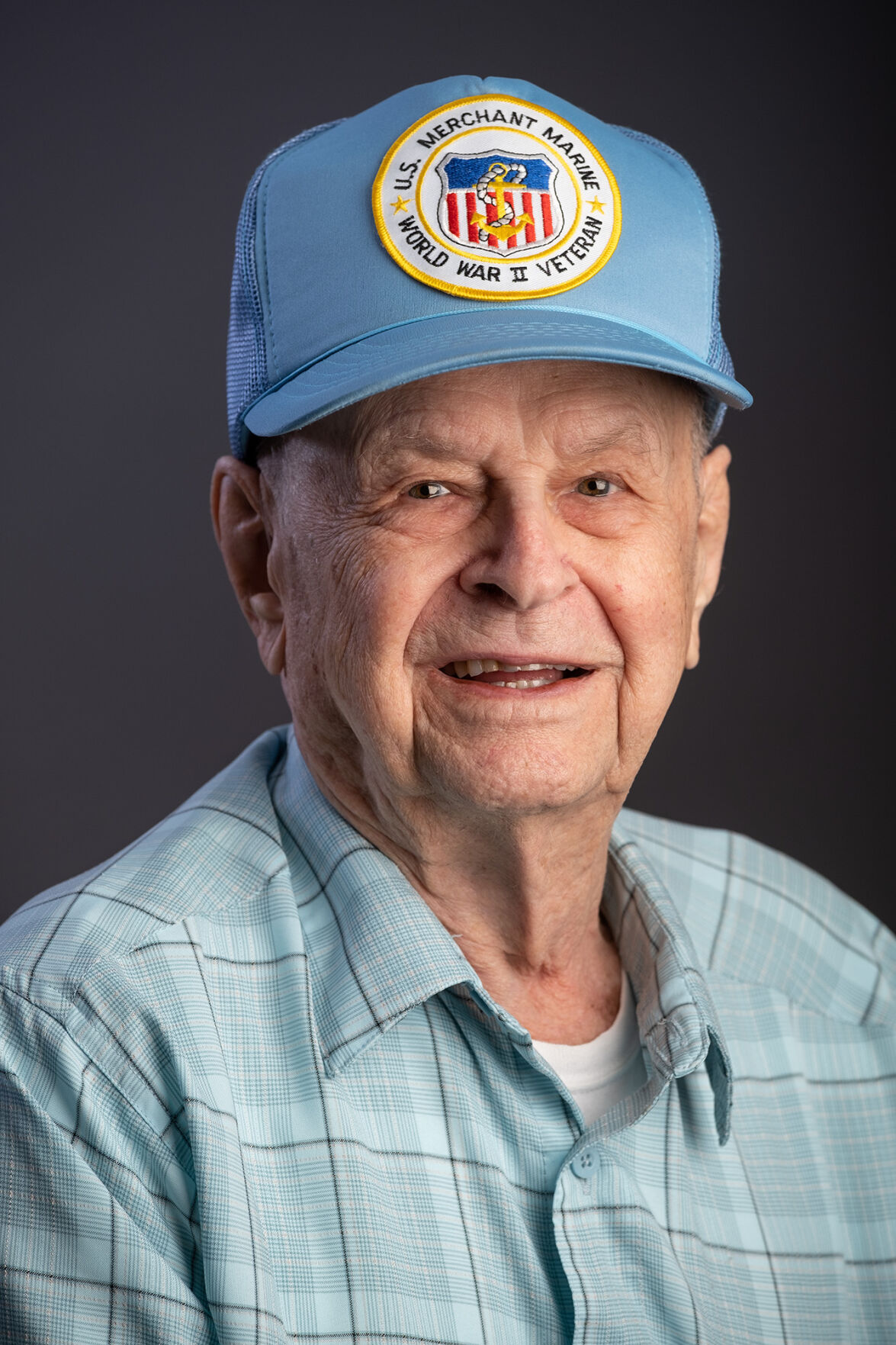 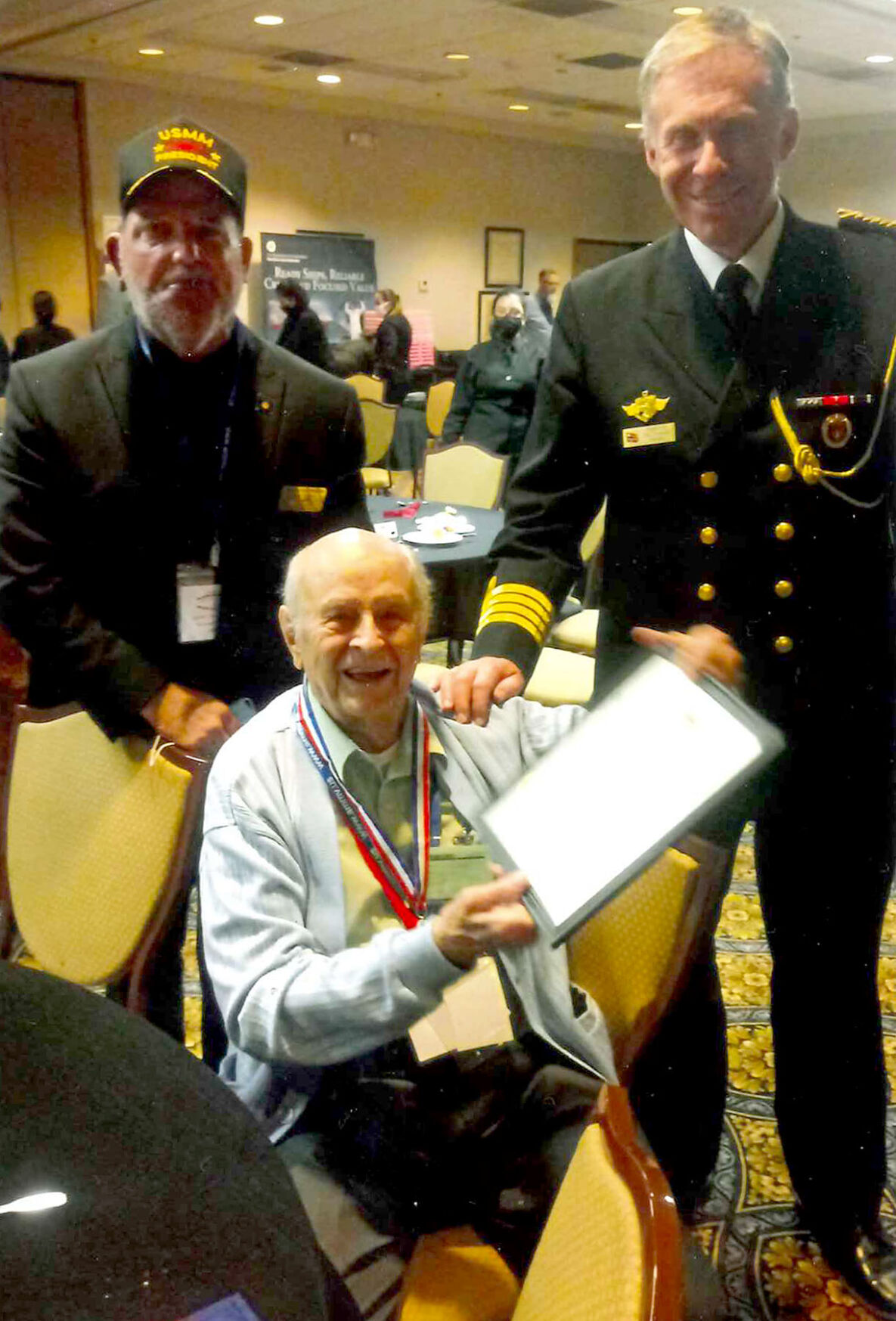 When James Lindsey left the U.S. Merchant Marines after World War II, he was not able to participate in veterans’ events or even receive the benefits awarded to U.S. armed forces members even though he served alongside them.

“We were left out of everything,” said Lindsey, who lives in Longview. “We weren’t even allowed in the ‘welcome home’ parade.”

“This Congressional Gold Medal is to make up for some of that,” Lindsey said. “I’m proud of that.”

In March 2020, former-President Donald Trump signed the Merchant Mariners of World War II Congressional Gold Medal Act of 2020. The act awards a Congressional Gold Medal to the merchant mariners of WW II. The gold medal will be displayed, but Lindsey and other veterans from the conflict will receive a commemorative bronze replica, he said. The medals have not yet been cast.

The celebration for the medal was held during the American Merchant Marine Veterans National Convention at the Maritime Conference Center near Baltimore, which Lindsey attended with his daughter, Dale Howell. During the event, Lindsey also was awarded a convoy medal.

Howell toured the SS John W. Brown, a Liberty ship that operated as a merchant ship for the Merchant Marines during WWII. The ship, according to its website, is one of only three Liberty ships remaining.

“The experience was awesome,” Howell said of the convention. “They really wined and dined them.”

Merchant Marines delivered cargo and maintained supply lines to U.S. troops in the Atlantic and Pacific during WWII.

According to the U.S. Department of Transportation Maritime Administration, more than 215,000 Merchant Marines delivered nearly 270 billion long tons of cargo to U.S. armed forces during WWII — about 17 million pounds of cargo every hour.

Throughout the war, Merchant Marines suffered “a higher per-capita casualty rate than any of the military branches.” Nearly 2,000 merchant ships were sunk during the war with more than 9,500 volunteer members killed in service.

“Only 1,800 are still alive, and there were 21 of us at the convention,” Lindsey said. Without the Merchant Marines, the war could not have happened, Howell said.

The 21 veterans took time swapping stories. One story that Lindsey remembers was “a suicide run” route to resupply Russian troops. One Merchant Marine made the trip three times and is still living.

The convention was supposed to occur in 2020 but was rescheduled due to COVID-19.

Merchant Marine veterans were not given Veterans Affairs status until 1957, Lindsey said.

Lindsey said he and a few boys from his high school’s football team in Marshall, Missouri, went just before their senior year to enlist in the military. The recruiting office was crowded, and someone told them that the Merchant Marine office was not as busy, Lindsey said.

He was able to join, but he was asked to finish high school first. Less than a month after graduation, he joined and spent the next 27 years in service.

During WW II, Lindsey was a Merchant Mariner serving in the engine room. He was off the coast of England on a supply run when the war ended.

“We could see the lights go on — we could hear the music and shouting,” Lindsey said. “The very next morning, we pulled out to go to Antwerp (Belgium) and a German sub surfaced in front of us, surrendering to the commodore on our ship.”

“It was easy,” Lindsey said of the fueling process.

While in the Air Force, Lindsey served in the Korean War as part of the Air Force and was at the Pentagon during the Vietnam War as a senior controller for the emergency action branch.

In 2019, he was honored as one of 12 Texas veterans chosen by Honor Flight Austin to visit Washington, D.C.

Honor Flight Austin is a nonprofit organization that flies veterans to the nation’s capital to recognize them.

The 95-year-old veteran has lived in Longview since his retirement in the 1970s. He is one of 12 Texas veterans honored earlier this month in Washington, D.C., for his service.