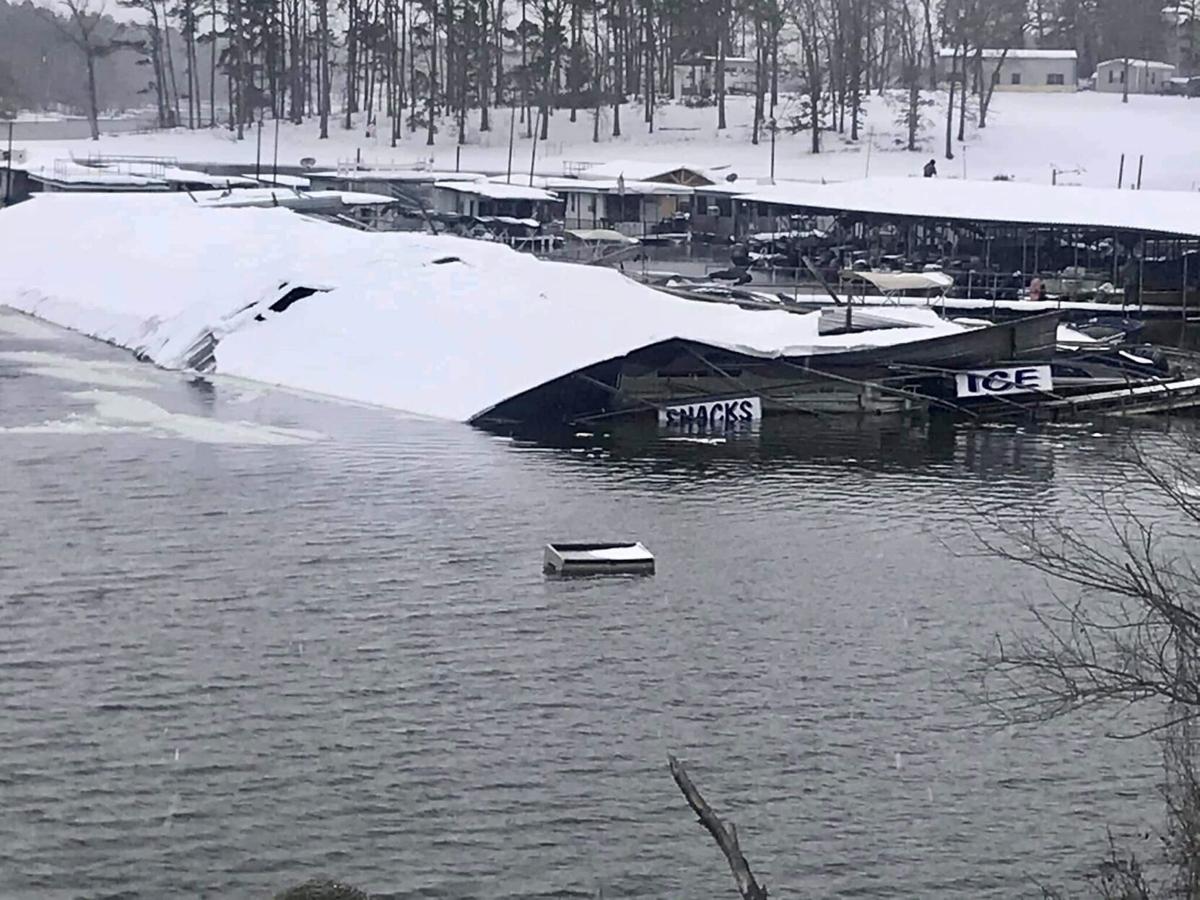 A collapsed awning is seen Wednesday at Bullfrog Marina at Lake O the Pines. 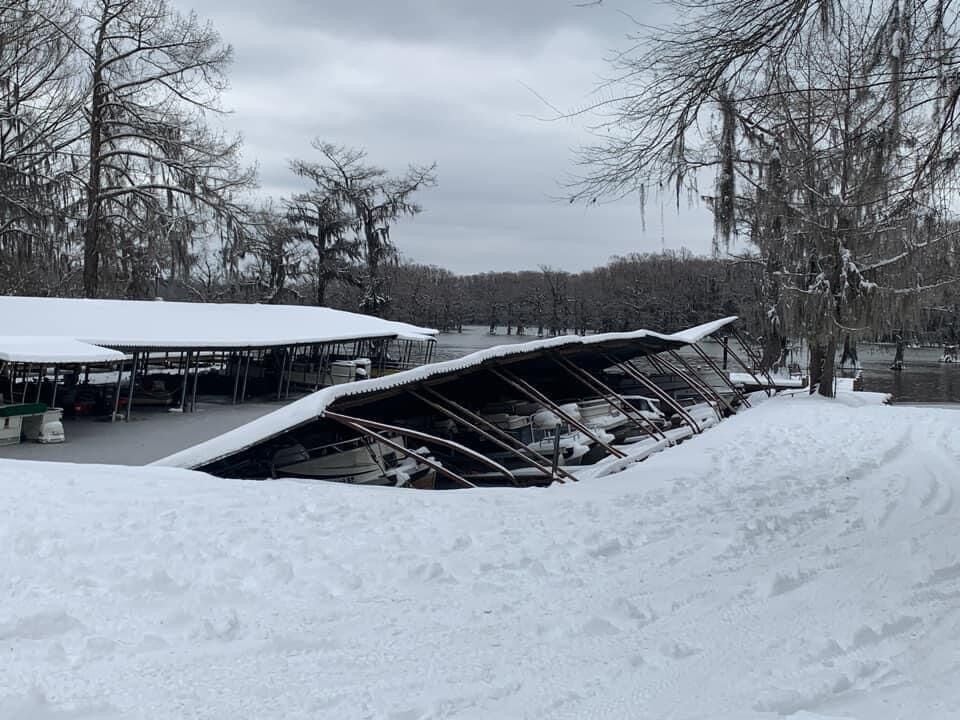 A boat awning at Shady Glade Resort at Caddo Lake is seen collapsed from the weight of snow and ice.

A collapsed awning is seen Wednesday at Bullfrog Marina at Lake O the Pines.

A boat awning at Shady Glade Resort at Caddo Lake is seen collapsed from the weight of snow and ice.

The heavy weight of snowfall and ice has led to marina awnings at two East Texas lakes collapsing on top of the boats they sheltered.

Bullfrog Marina at Lake O the Pines had one of its two awnings collapse under the weight of snow Wednesday, causing the awning to land on top of about 40 boats underneath.

Braddock said based on drone photos taken Wednesday by a friend, it appears the awning is resting on top of her boat and other taller boats and houseboats — keeping smaller boats beside them from being crushed.

“I’d hate to try to pull our boat out and have the awning fall down more and damage someone else’s boat,” she said. “I’m hoping, based on the drone photos, that we can repair our boat.”

Braddock said she was just relieved no one was reported injured by the collapsed awning, and she hopes the marina’s insurance and her own boaters’ insurance can repair the damage to their boat.

“We’ve had it less than a year,” she said. “Who would have ever thought we would have weather like this that would cause something like this to happen?”

The owner of Bullfrog Marina refused to comment on the collapsed awning when reached by phone.

Across Marion County at in Caddo Lake, another boat awning collapsed under the weight of snow and ice Wednesday at Shady Glade Resort.

Shady Glade Resort Owner David Smith said Wednesday the awning collapsed onto five barges that were sheltered underneath, with two of the barges belonging to the resort.

No one was injured at the Shady Glade awning collapse site.

Texas Parks and Wildlife Game Warden Capt. Shawn Hervey said Wednesday that law enforcement will not be conducting an investigation into the collapsed boat awnings as the weather-related incidents are considered civil matters.