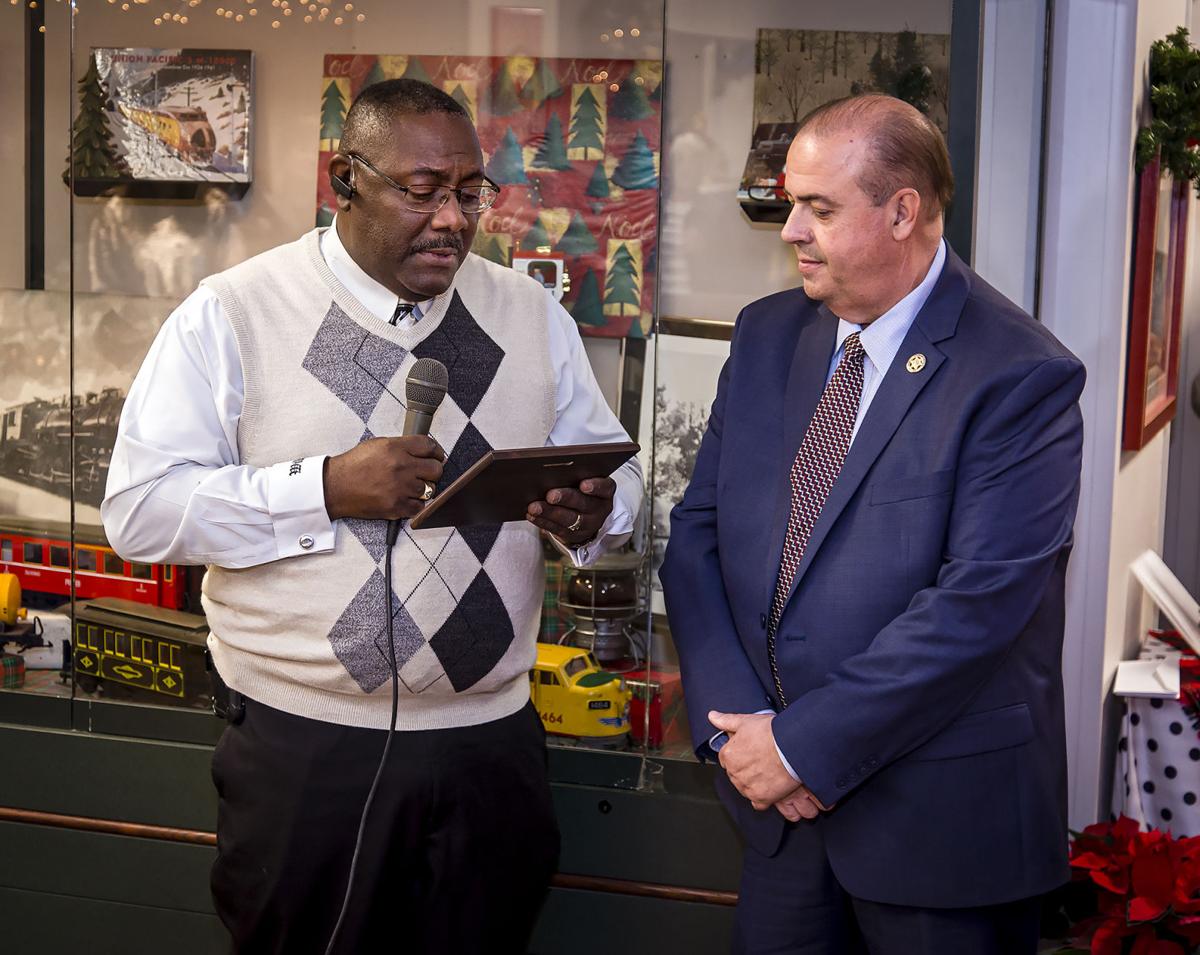 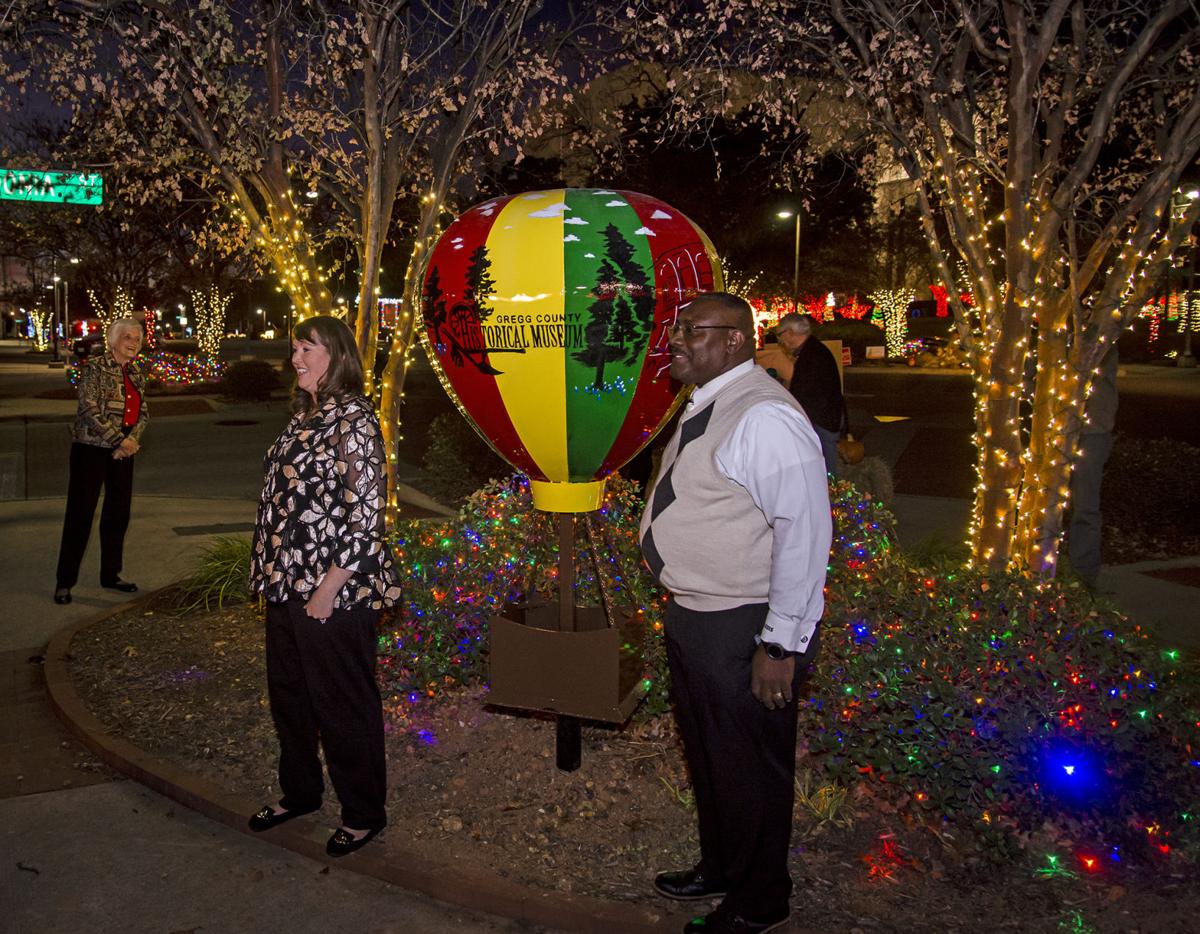 “This young man does a lot for the Gregg County Historical Museum,” board president Vince Williams said in honoring Cerliano for his “outstanding service” to the museum.

Cerliano allows incarcerated trusties from Gregg County Jail to provide manpower for the museum and other nonprofit organizations in the county at no cost.

“I appreciate this award, and I’m glad to accept that on behalf of Gregg County,” the sheriff said.

The award presentation was followed by the museum’s unveiling of its Longview 150 sesquicentennial balloon. Standing at the southeast corner of Methvin and Fredonia streets, the red, yellow and green steel replica of a hot air balloon pays homage to county icons such as the railroad, the Kilgore College Rangerettes and the Dalton Gang’s last raid.

Museum Executive Director Lindsay Loy said that other businesses and agencies plan to install their own replica balloons on the other three corners of the Methvin-Fredonia intersection, and more balloons are planned for Methvin Street’s crossings with Green and Center streets.

The award to Cerliano is in honor of the late Pauline Cargill, who was a supporter of the museum until her death in 2009.

Cerliano noted that staff from his office and County Judge Bill Stoudt’s office prepare the nonprofit organizations’ requests for trusties before getting full approval from the Commissioners Court. The sheriff’s office has assigned staff for trusties, too.

“We think that working in the community has a positive impact on the trusties,” Cerliano said, “and everyone should remember that the trusties that we use to work in the community are minimum custody. They’re nonviolent offenders — but it also gives them the opportunity to give back to the community and to understand what work ethic is and what some of the nonprofit organizations such as the museum do for the community.”