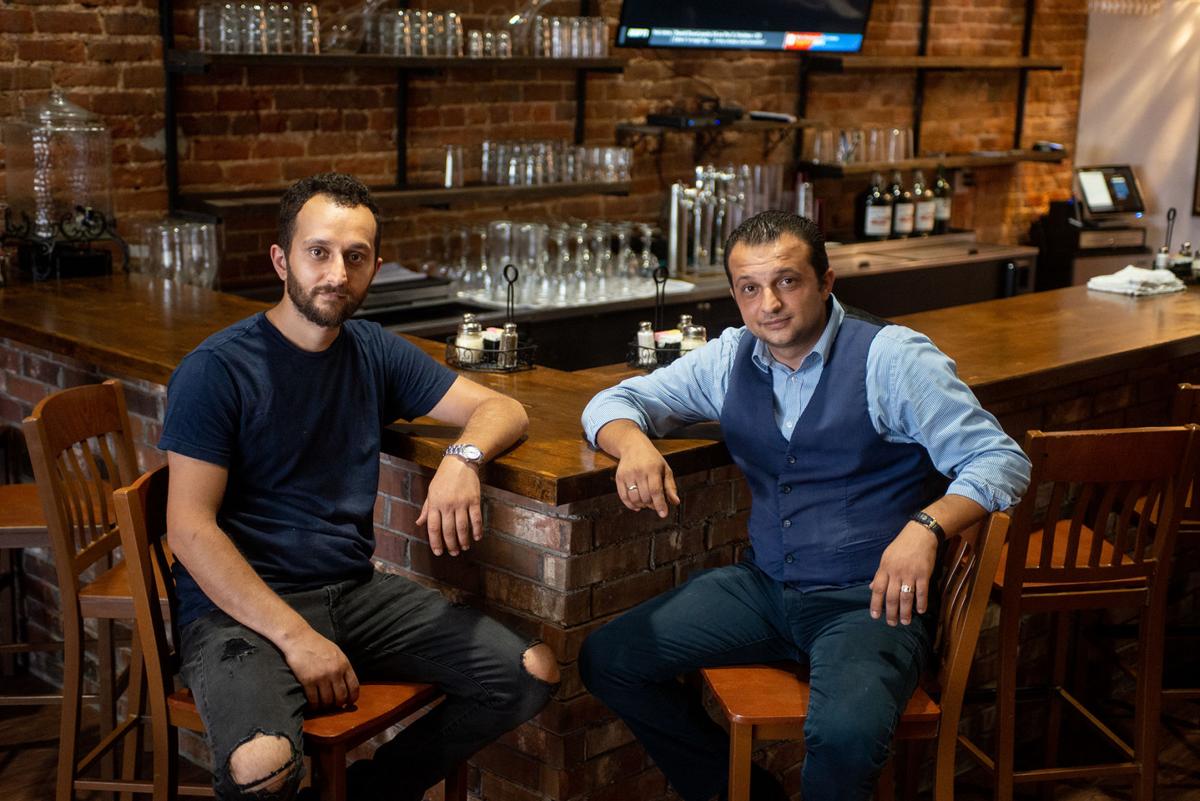 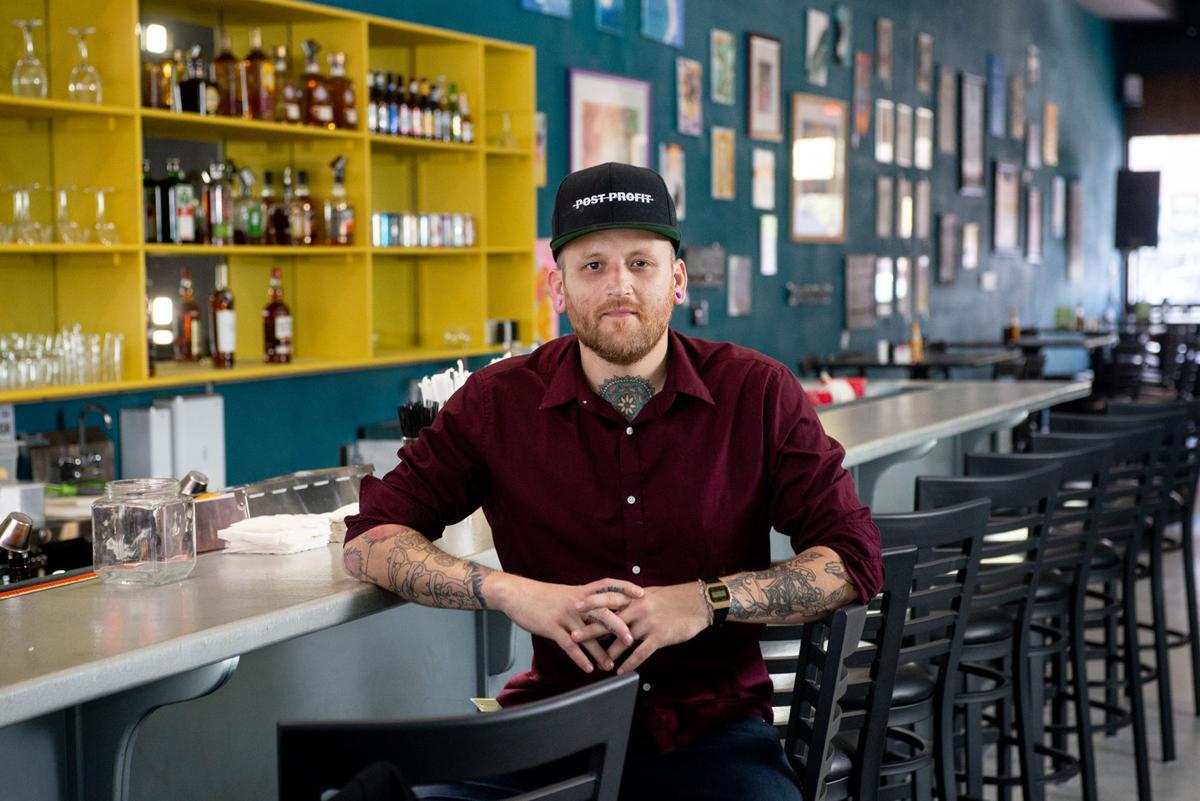 Sean Swanson and his sister opened Alibi Eatery & Craft Bar a few months ago on Tyler Street across from the new Roma’s Italian Kitchen. 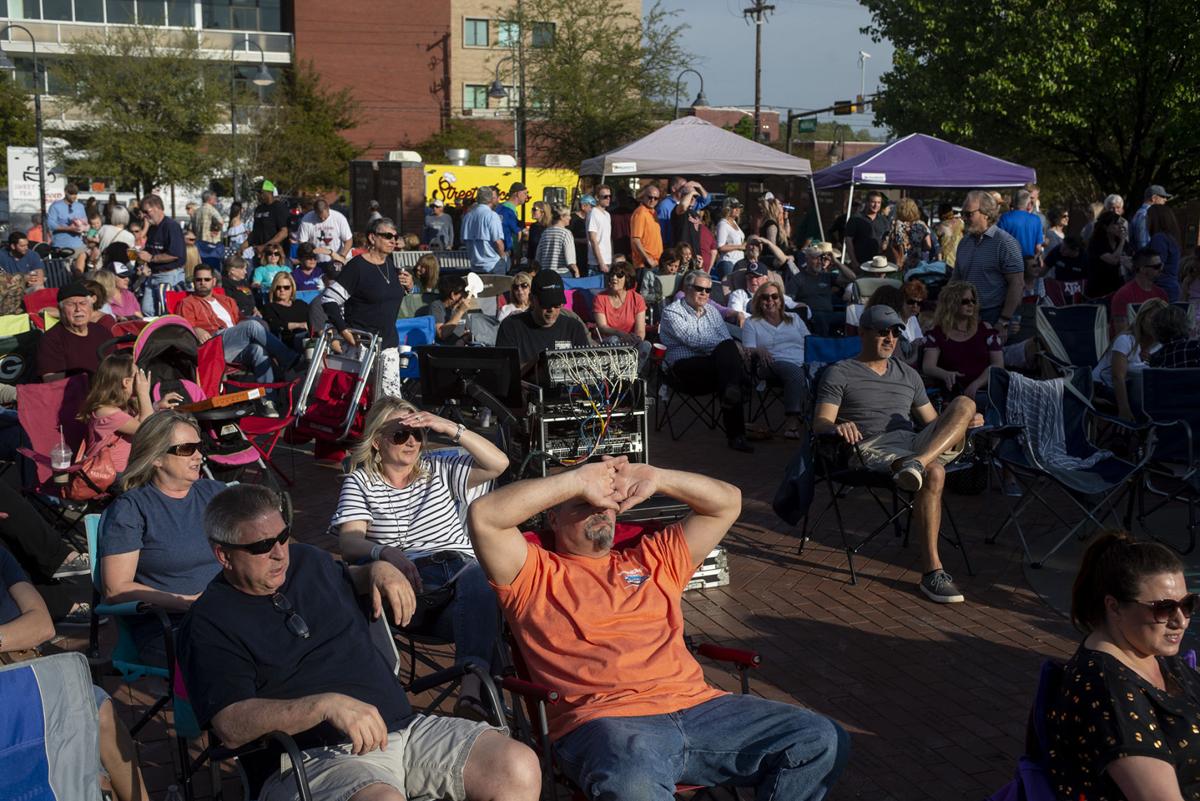 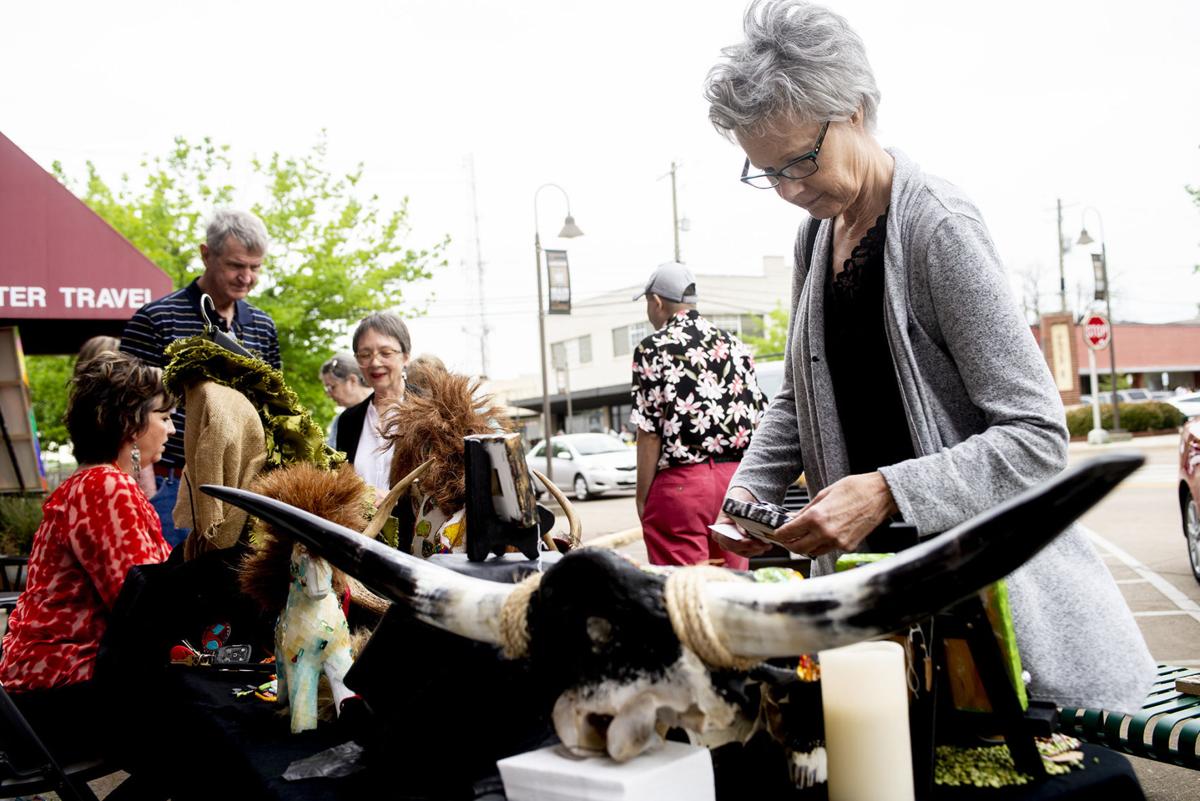 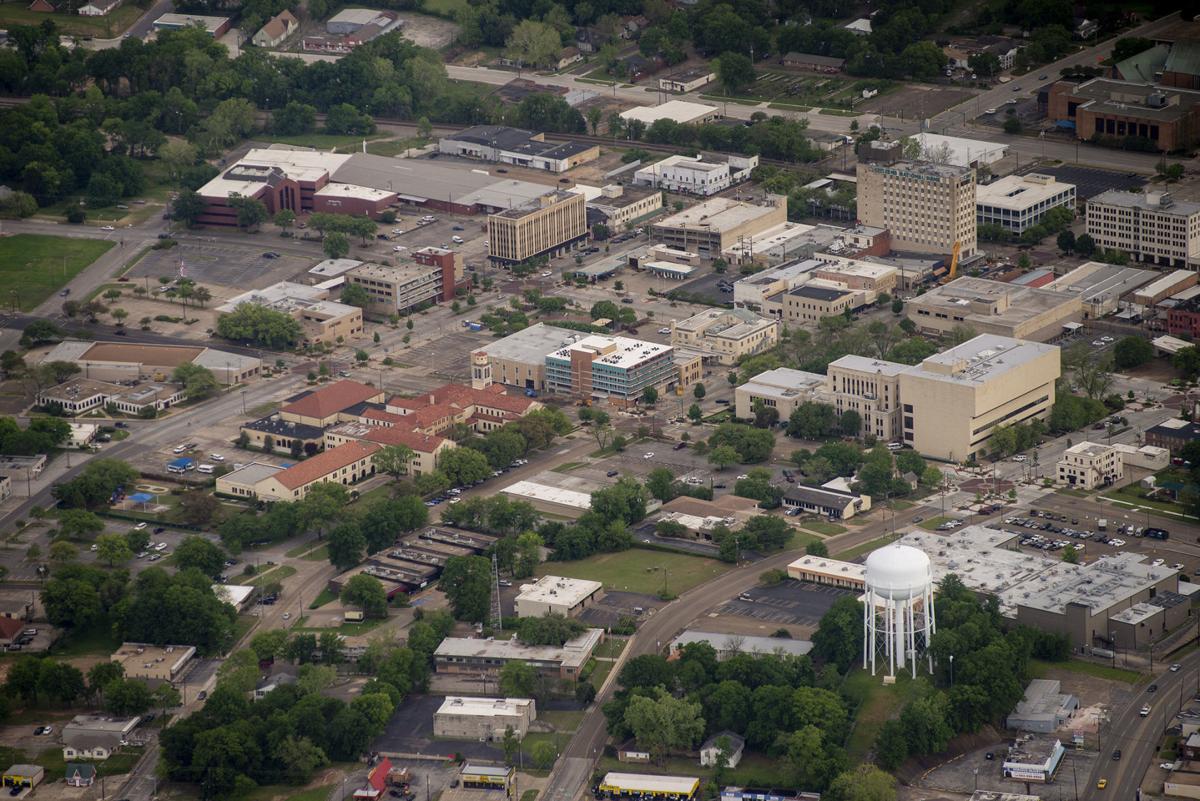 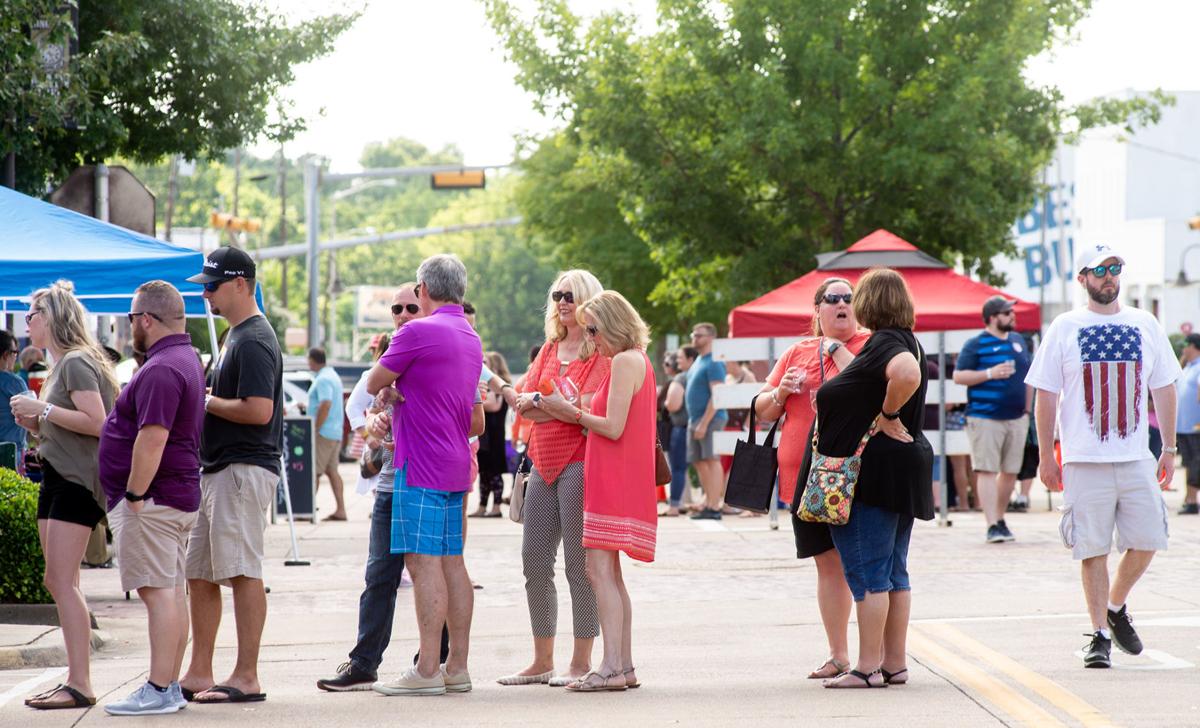 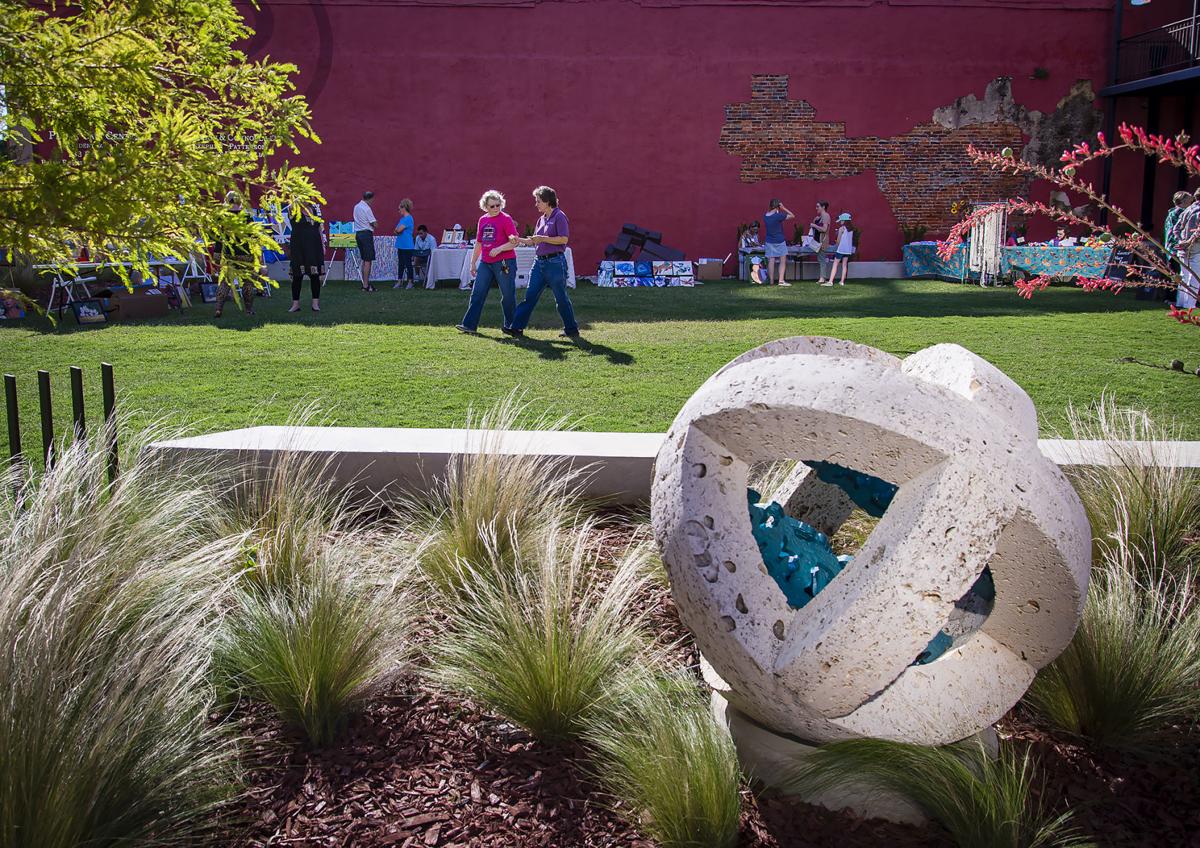 Sean Swanson and his sister opened Alibi Eatery & Craft Bar a few months ago on Tyler Street across from the new Roma’s Italian Kitchen.

Owners of businesses near a restaurant recently opened in downtown Longview say the addition is benefiting the whole area by drawing more foot traffic and potential customers.

Brothers Ardian and Alban Marevci and other family members opened Roma’s Italian Kitchen two Saturdays ago at 102 E. Tyler St. in a building that formerly housed the Tyler Street Bistro.

They said business has been doing well at the restaurant that is a rarity for downtown Longview: open seven days a week and from 11 a.m. to 9 p.m.

“Downtown needs more traffic, more attention,” said Ardian Marevci, who is in the third generation of his family to work in the restaurant business. “Something good is happening downtown.”

The owners of Roma’s are “great people,” said Sean Swanson, who along with sister Kasee Pringle-Kannard opened Alibi Eatery & Craft Bar three months ago across the street at 115 E. Tyler St. “We met with them months ago, and they are just kind people.

“We both agree with each other,” Swanson continued, adding, “The more traffic we can bring down here, the more it helps the whole street.”

Swanson said he does not see Roma’s as competition, adding, “It’s a completely different business. It’s not a taco shop.”

Alibi serves tacos, tortas, nachos and other food items in addition to being a full bar.

Anne Kelt, who opened Hick & Frog Bistro next door to Roma’s at 108 E. Tyler St. in March 2017, concurred, saying, “All of us downtown bring something different. I cook what I like. It is more farm-to-table comfort food (at Hick & Frog).”

She posted on her restaurant’s Facebook that she was happy to see Roma’s open where the Tyler Street Bistro closed in May 2017. Alibi opened where Bon Temps Sports Bar & Grill closed about a year ago.

Other merchants on Tyler Street that serve food, alcoholic beverages or both agree and have welcomed Roma’s and Alibi and see them as complementing their businesses. They believe the new kids on the block offer more options for consumers and nightlife.

“The more local businesses that come downtown, the more we can appeal to a broader demographic, and if there are more options available in downtown, then it will obviously increase appeal if those businesses have done well,” said Connor Walters, one of the owners of Silver Grizzly Espresso at 100 W. Tyler St.

Walters said one of the reasons that he and his business partners opened Silver Grizzly Espresso in November 2016 was to make downtown attractive to even more businesses.

Jack Buttram, co-owner of Oil Horse with John Oglesbee, said he was happy to see Roma’s and Alibi open.

“We have always had customers asking where they can get food,” he said. “Just a few months ago Hick & Frog and the Lil Thai House (on Fredonia Street) were the only places within walking distance. Now, we have two more.”

The only other restaurant downtown on Tyler Street, Deb’s Downtown Cafe at 103 W. Tyler St., is open only for breakfast and lunch and on weekdays and draws a busy lunch crowd.

Owner Deborah Bolton, who opened the cafe in 2003 and has seen a lot of restaurants come and go, said it is good for downtown to offer more variety as well. She said her only beef is she wished downtown offered better parking.

The Oil Horse and Silver Grizzly Espresso have been open nights, and Hick & Frog stays open until 9:30 p.m. Fridays and Saturdays.

The Oil Horse has featured live music from 7 to 9 p.m. Saturdays and occasionally on Friday nights, Buttram said. It also draws crowds by conducting trivia night from 5 to 9 p.m. Thursdays.

Across the street, Alibi offers open mic Thursday evenings and features solo acts such as guitarists or saxophone players on Friday or Saturday nights, Swanson said. He said Alibi’s building is too narrow to have bands.

However, Swanson said he and his sister are working on converting an adjoining building that formerly housed Osaka Sushi Bar & Grill into an adult-style arcade with pool tables.

And once it opens, it will have room for live bands, he said.

Special events, such as the Pub Crawl Friday and ArtWalk two Thursdays ago, are seen as a way to bring more people downtown — and benefit its merchants.

Melida Heien, Longview’s Main Street coordinator, referred to the special events and live music at the Oil Horse and Alibi.

“There is a lot of activity,” she said. “The more activity we have, the more it brings people here so they can check what’s going on. It’s very exciting.”

Buttram at the Oil Horse agreed.

“I think all of this is a step in the right direction because you can come downtown. You can have a drink,” he said. “You can have dinner. There’s places to go shopping, and it is just a beautiful downtown to walk around.”

He closed by saying, “Just tell people if you have not come downtown in awhile, you should come back.”