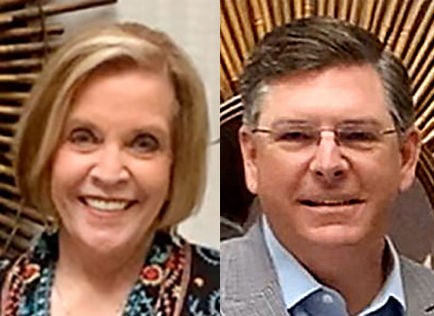 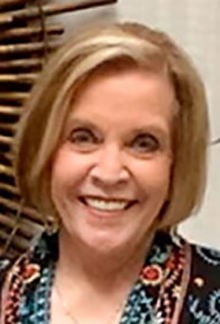 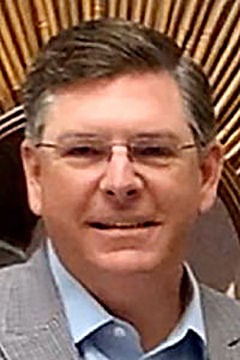 Months before COVID-19 turned the world upside down, Suzanne Cook and Bud Summers began charting a new course for their real estate companies.

On Friday, they officially started on that course with the merger of their successful firms into Summers Cook & Co. The move combines two of Longview’s top real estate firms into one that in 2019 closed more than $123 million in sales. That was about a third of the total sales volume that year in the three-county Longview metro area.

The combined company will office in the space that has been Suzanne Cook & Co.’s headquarters, in the Energy Center at 1127 Judson Road, Suite 146.

“This is a merger of equals. The success of our efforts prompted this union. The strength of our numbers and potential for growth, as well as the opportunity to explore new markets, is cause for excitement,” Summers said in a statement. “I believe we are on solid footing for a successful future in the real estate industry. We are thankful for our past clients, our community and the affiliates who have helped build the success of our business. Without their support, we would not be able to embark on this incredible new journey.”

Cook and her family moved to Longview in 1982, when her husband Byron “Biff” Cook, who died in 2011, opened his surgery practice. She became a Realtor in 1985 and started Suzanne Cook and Co. in 1998. It began with four other agents, but that number had grown to 15 by the end of the first six months, she said. As many as 42 agents have been a part of her firm in the past. About five years ago, she started Cherokee Shores, focusing on Lake Cherokee sales.

“It’s just grown, and it’s been fabulous and still is,” Cook said of her firm.

Summers, who has two children, is a Longview High School graduate with long ties to the community. His parents, grandparents and a set of great-grandparents have called Longview home as well. Summers said he started in real estate in 1998 and became a broker in 2003, when he started Summers Real Estate Group.

Cook has four children. They and all her grandchildren live in other cities — some in other states.

“I wanted to have more time to spend with my grandchildren in those other places,” she said last week. “When you own the company, every time you’re gone you feel like you shouldn’t be.”

No one within her company, though, had a strong desire to own the business.

“That’s another reason I’ve been considering what the future would look like for some time now,” Cook said.

After collaborating with Summers on transactions, she said, she found she enjoyed working with him. Their philosophies toward customer service and ethics in business matched.

“Both being local companies, we share a common segment of the market, often competing for listings,” Cook said. “Now we will work as a team.”

She’s not retiring, or moving, she said. Cook also will continue as a board member of the Longview Arboretum and Nature Center and for the Longview Symphony, where she is the organization’s chief fundraiser.

“(Summers) absolutely wanted me to remain involved, and that was a part of our agreement, that I would stay,” she said. “What was appealing to him was to have the name. He doesn’t want me to go anywhere, which is nice.”

She’s excited about the “fresh ideas” he’ll bring to the company.

“I think it’s going to be a really good dynamic,” she said.

Summers said Cook and her agents have a “really solid reputation” in the market.

“I’ve always been open to making changes, and I think that in business, you have to be willing to look at lots of different opportunities,” Summers said. “When this came along, I was definitely open to it.”

The new firm has membership in the Longview, Tyler and Dallas Metrotex Multiple Listing Services and will handle residential, commercial and lake properties through Cherokee Shores.

Cook and Summers said they continued moving ahead on their deal even as COVID-19 concerns mounted.

“Things did change and changed fairly rapidly. However, we had made a commitment to each other and we are moving forward with lots of hope and faith and appreciation of our partners that have helped in the past and we look forward to helping our community get through this,” Summers said. “I think we just have to have faith and keep moving forward.”

They both expressed confidence the economy will return and the real estate market will remain strong.

“You’d be surprised,” Cook said. “It has fallen a little, but really not that much. Locally, it’s still going strong. It’s just going differently.”

“We’re still showing houses. We’re still listing houses because people still have to make decisions and life, however carefully, has to move forward and has to go on,” he said. “We’re taking our time and taking all the necessary steps to ensure that not only our clients are safe but our agents are safe as well.”

As Cook described it, that means agents and buyers wearing masks and gloves when they tour homes, with cabinets open and ready before potential buyers tour a house, she said.

Cook said the decision to merge with Summers was hard — she’s cried off and on all week, but not because she’s sad.

“This has been my life for a long time, and I love what I do,” she said. “I think it’s good timing to do it this way. If I didn’t have so much confidence in Bud, I would probably feel differently.”