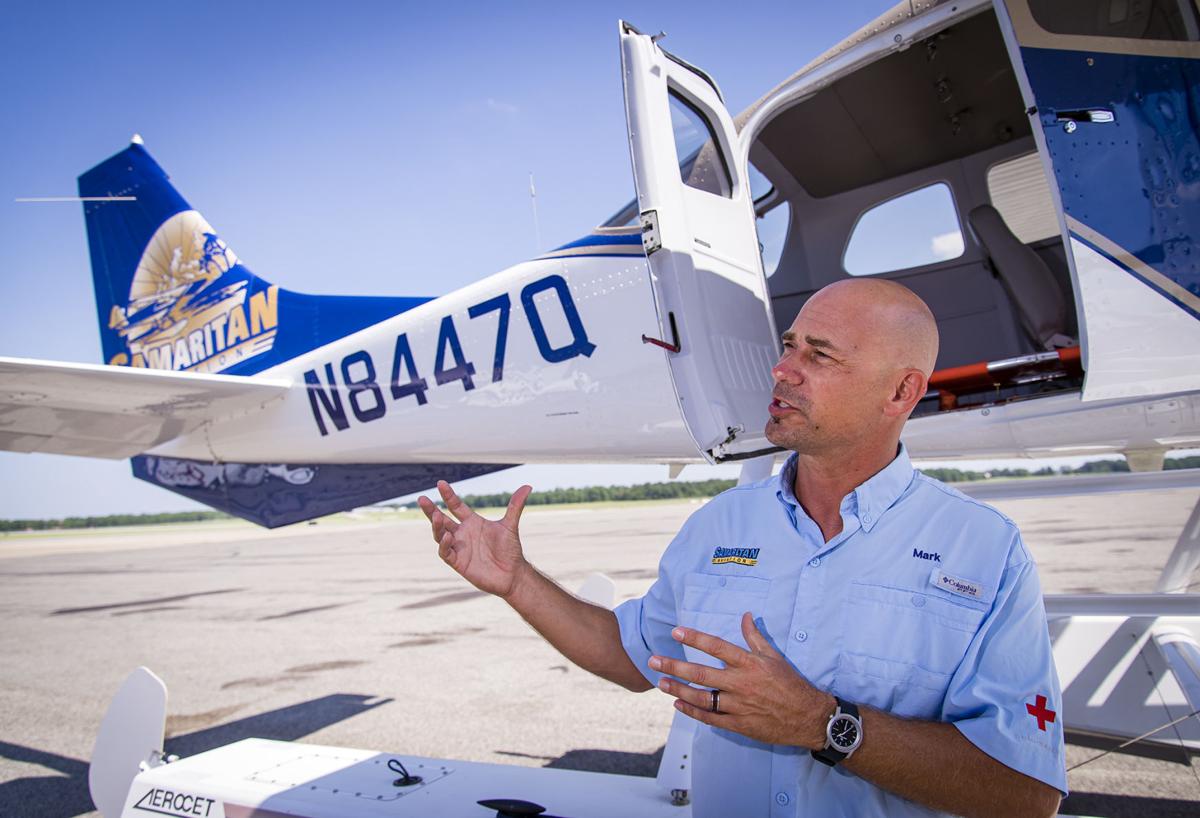 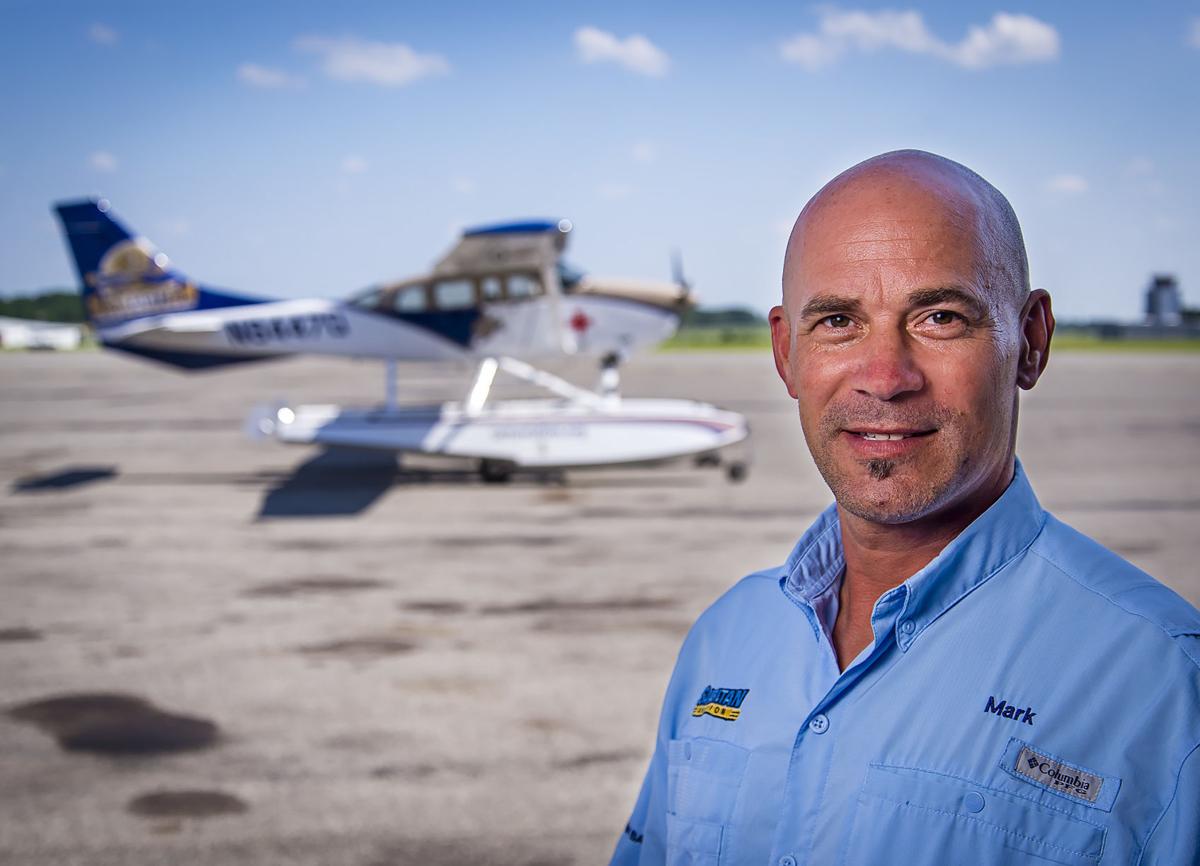 Mark Palm with Samaritan Aviation’s float plane that will be serving people in the remote villages of Papua New Guinea. (Les Hassell/News-Journal Photo) 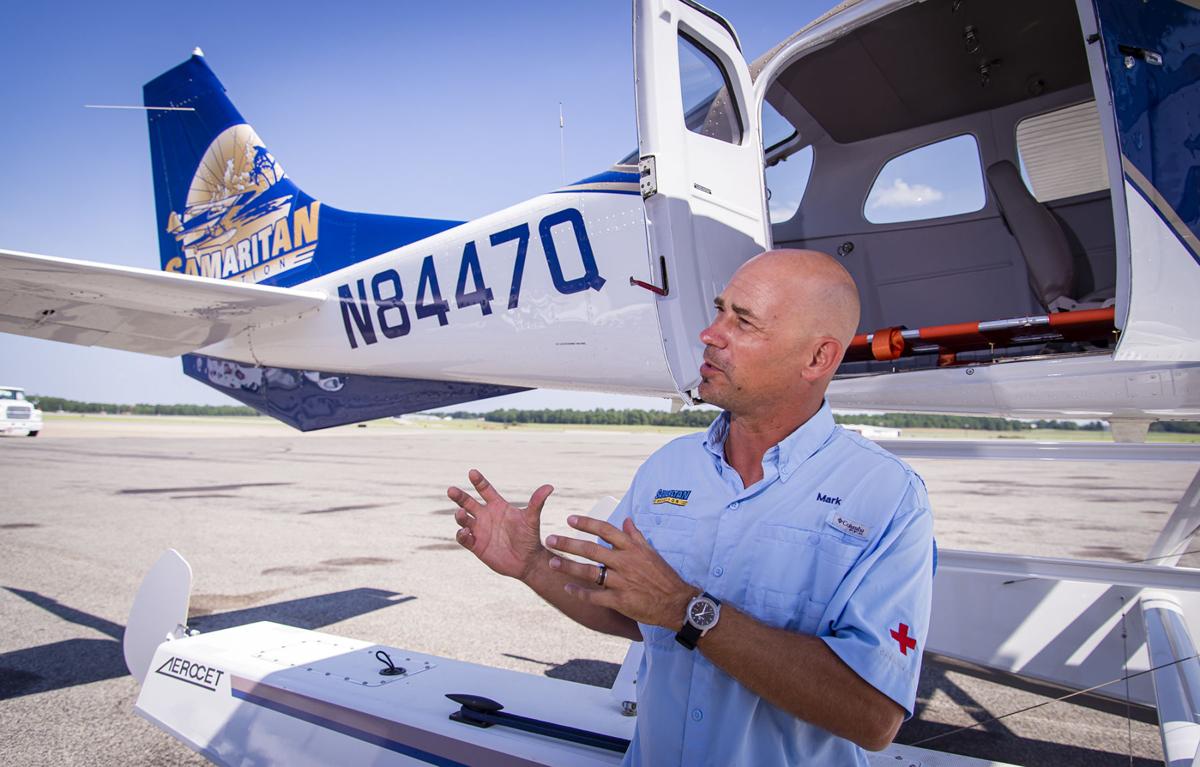 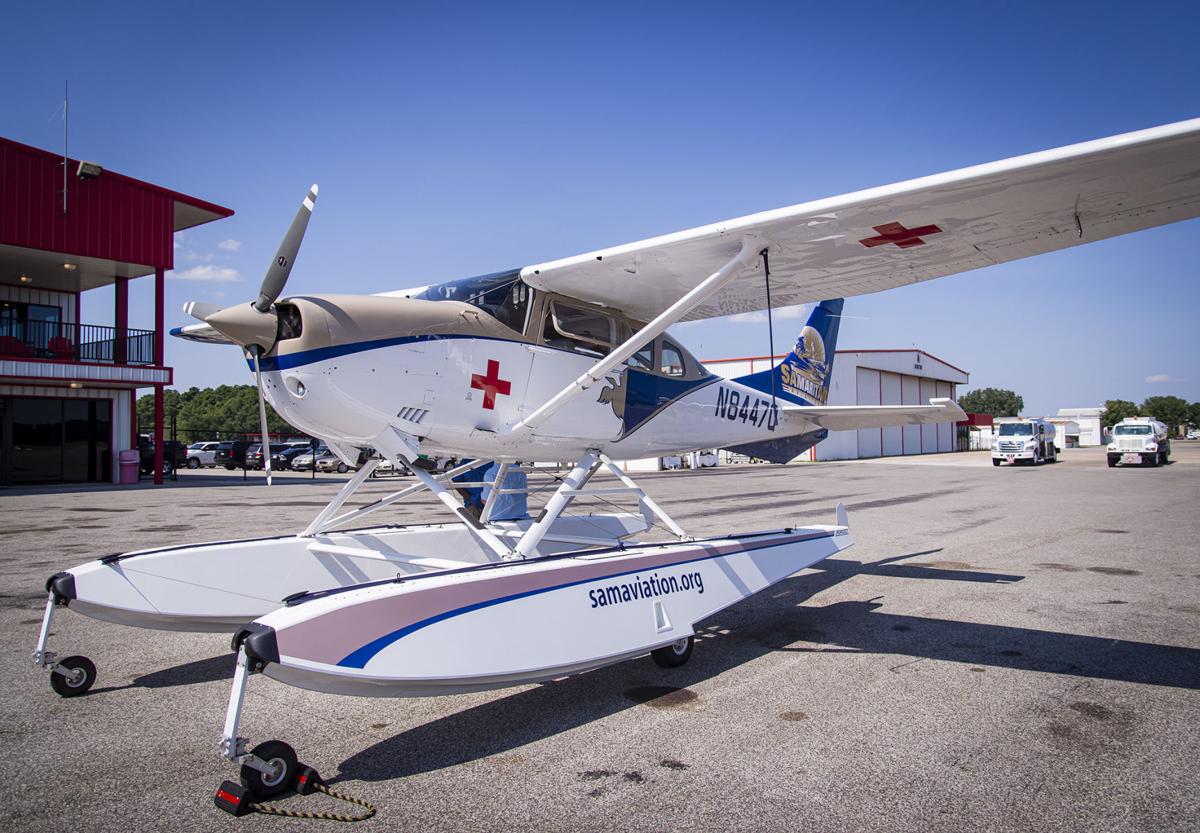 Samaritan Aviation’s float plane that will be serving people in the remote villages of Papua New Guinea. (Les Hassell/News-Journal Photo) 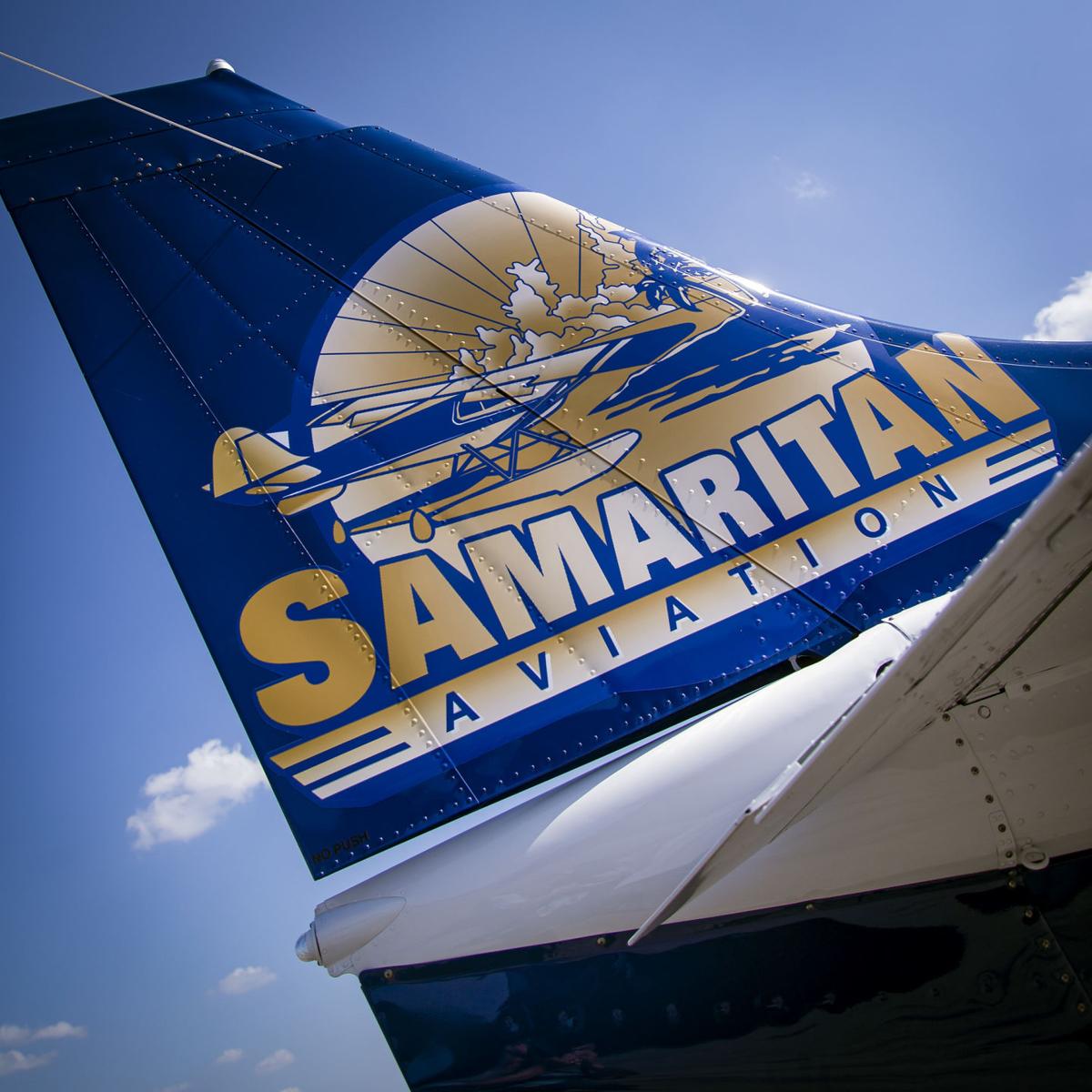 Tail section of Samaritan Aviation’s float plane that will be serving people in the remote villages of Papua New Guinea. (Les Hassell/News-Journal Photo) 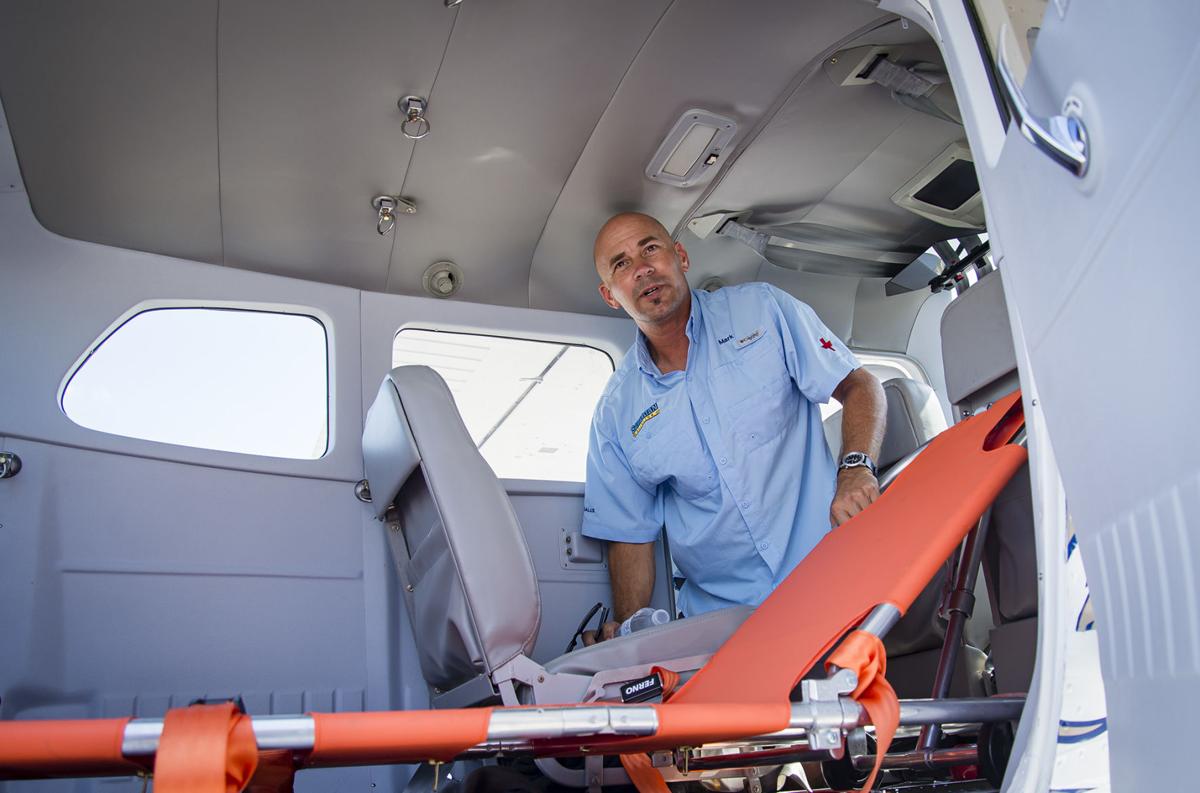 Mark Palm with Samaritan Aviation’s float plane that will be serving people in the remote villages of Papua New Guinea. (Les Hassell/News-Journal Photo)

Samaritan Aviation’s float plane that will be serving people in the remote villages of Papua New Guinea. (Les Hassell/News-Journal Photo)

Tail section of Samaritan Aviation’s float plane that will be serving people in the remote villages of Papua New Guinea. (Les Hassell/News-Journal Photo)

Before Samaritan Aviation brought its mission to Papua New Guinea, it took several days for thousands of residents to reach the island’s only hospital.

Over the past decade, the ministry has saved and impacted the lives of people who live along the 700-mile East Sepik River and have depended on canoeing or two riverside trails to get to critical medical services, according to Mark Palm, a pilot for Samaritan Aviation, which is based in Arizona.

Palm flew his transport plane into the East Texas Regional Airport on Wednesday. He returned to the U.S. in June for a year in which he’s touring with his plane to raise funds for the charity and spreading the ministry’s message.

“There’s 8 million people over there, and they need help,” Palm said. “People need help. We all should be doing something to change our world where we’re at.”

He came to Gladewater for a public fundraising event Wednesday night at the home of Jeff Peterson, a businessman for Transworld Business Advisors of East Texas and a Samaritan Aviation board member.

“It’s amazing the need over there,” Peterson said, “and my favorite thing is how much the people of Papua New Guinea respect (Palm) and his team and what they do. They’re truly grateful.”

Palm’s mission began about 20 years ago when he said he felt called to put his skills to use saving lives. After raising money for 10 years to buy his first used float plane that he transformed into a flying ambulance, he transported it to Papua New Guinea, the world’s second-largest island with a land mass similar to California, he said.

An estimated 220,000 people live along the East Sepik River. Along the river, there are few nurses and no doctors. Expectant mothers in labor have their babies in the bushes, and there is no hospital except on the coast.

Samaritan Aviation began as one man’s cause, but Palm is no longer the only pilot. He also has a trauma nurse to answer the phone and make decisions on whether some calls are life-and-death issues that need an emergency response.

Midwives are available on many plane rides, as is anti-venom for snake bites.

This year alone, Samaritan Aviation has flown almost 70 missions to bring in vaccines and transport nurses to vaccinate children against polio in remote communities while also fighting malaria, tuberculosis and outbreaks of measles, whooping cough and polio, he said. The organization also is working with the World Health Organization and the United Nations Children’s Fund (UNICEF).

The U.S. ambassador to Papua New Guinea visited the island earlier this year, and Palm took her out to the river to visit a particular community, he said. While there, a crowd of people formed.

The first person brought from the crowd was a woman named Antonia, who was the first patient flown out by Samaritan Aviation 10 years ago. She was joined by her son, who was the baby saved through that flight, Palm said.

“And for the next 40 minutes, they just kept bringing out people from the community,” Palm remembered, “and ‘you remember this lady? You saved her twin babies.’ Then they bring a guy out who was a kid with cerebral malaria, then another kid comes out. It just went on and on.”

It was but one community served by Samaritan Aviation, which flies to 65 locations and impacts more than 120 community, he said.

“And so to have that impact over one community in that moment was so powerful for me because a lot of times you know you work hard at things, and we all are passionate about things, but when you see the result of your labor, for me it’s just a feeling of gratefulness that I have a chance to go be — we call it — the hands or feet of Jesus or to share God’s love in action to people who have no access if we’re not there and didn’t before we got there,” Palm said.

Peterson has served on the ministry’s board for about three years. The ministry was renting office space in a building Peterson owned, and as he got to know one of Samaritan Aviation’s “higher-ups in the organization,” he soon found himself becoming part of the work.

Before Palm leaves East Texas, he is set to speak today to aviation students at LeTourneau University.

“We don’t charge for our flights, and so we’re 100% funded by donations,” he added. “Sixty percent comes from the USA, and then 40% comes from the Papua New Guinea government, so the great thing is that it’s a partnership. It’s not the USA doing everything over there. It’s us working together as partners and saving the lives of folks in these remote communities.”