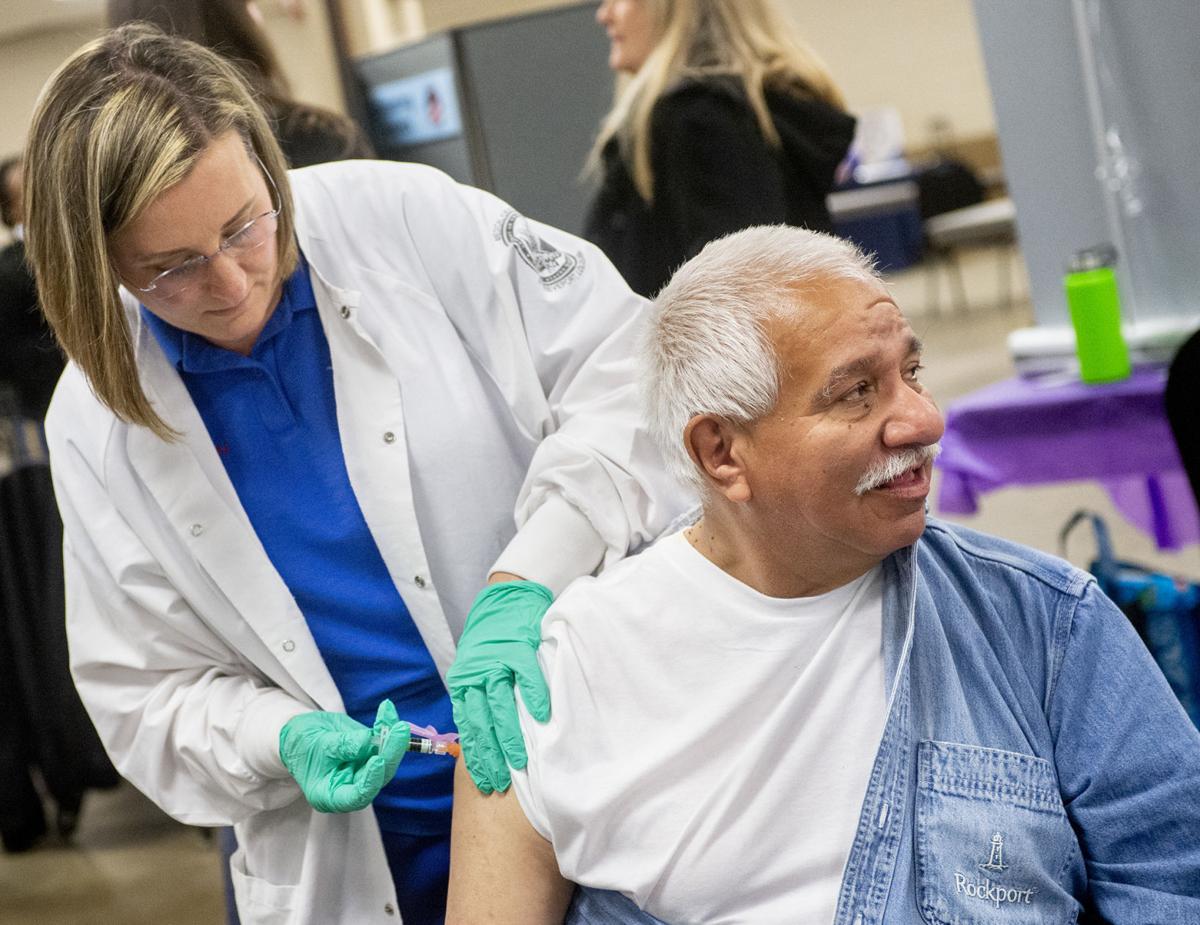 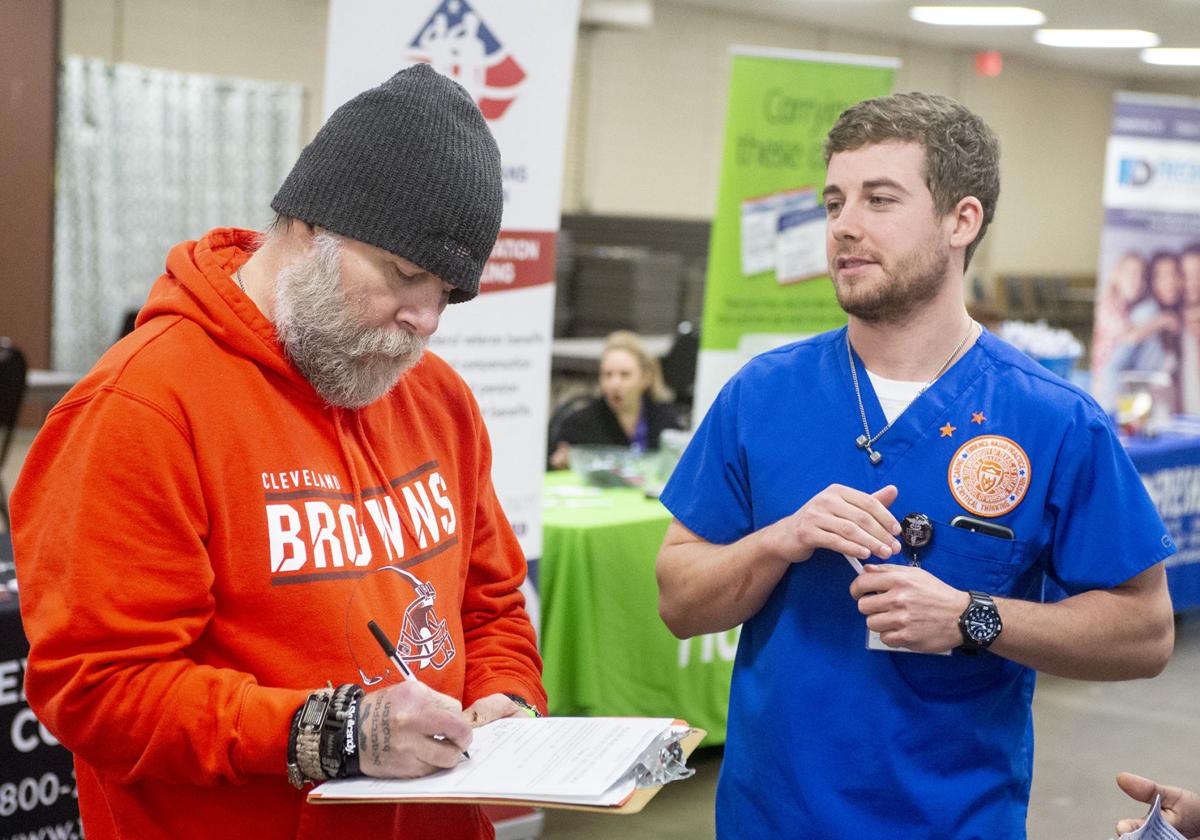 Navy veteran Joe “Doc” Roe, left, speaks with University of Texas at Tyler nursing student Bailey Glenn while filling out a form to get a flu shot Wednesday during Operation Stand Down. 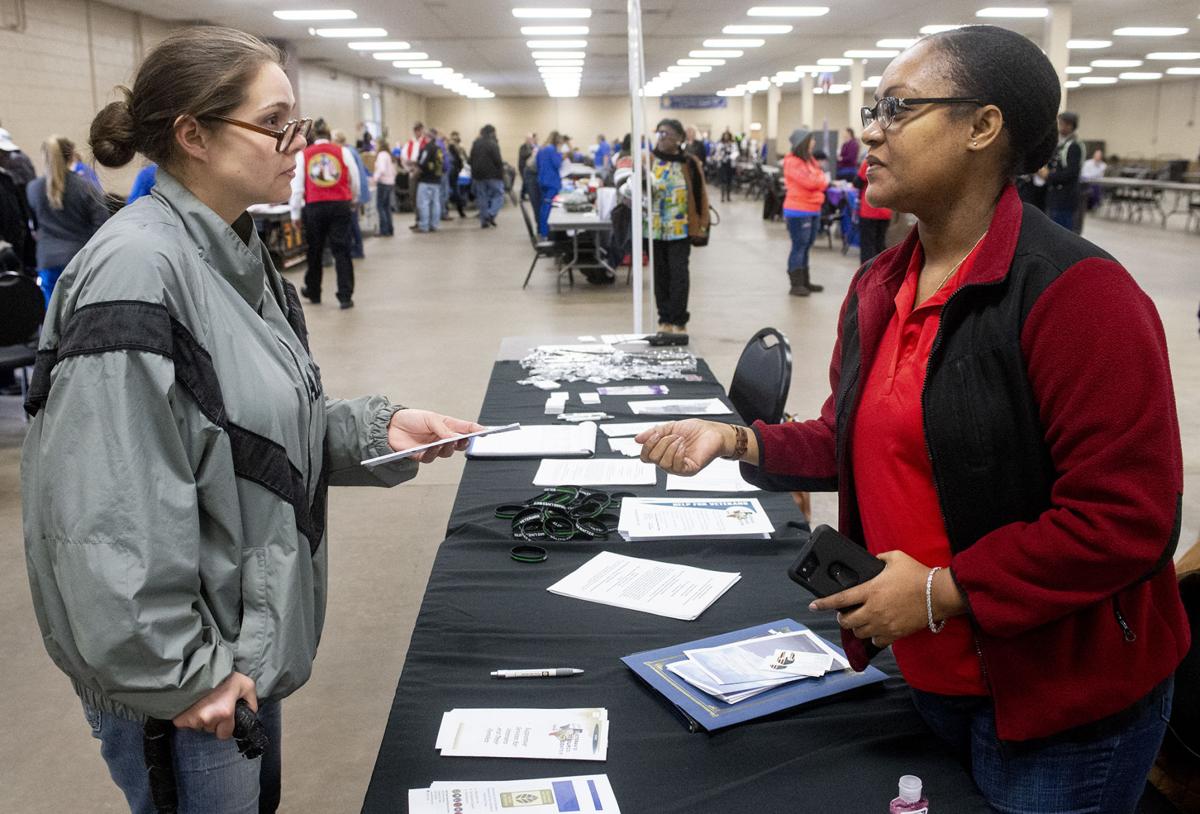 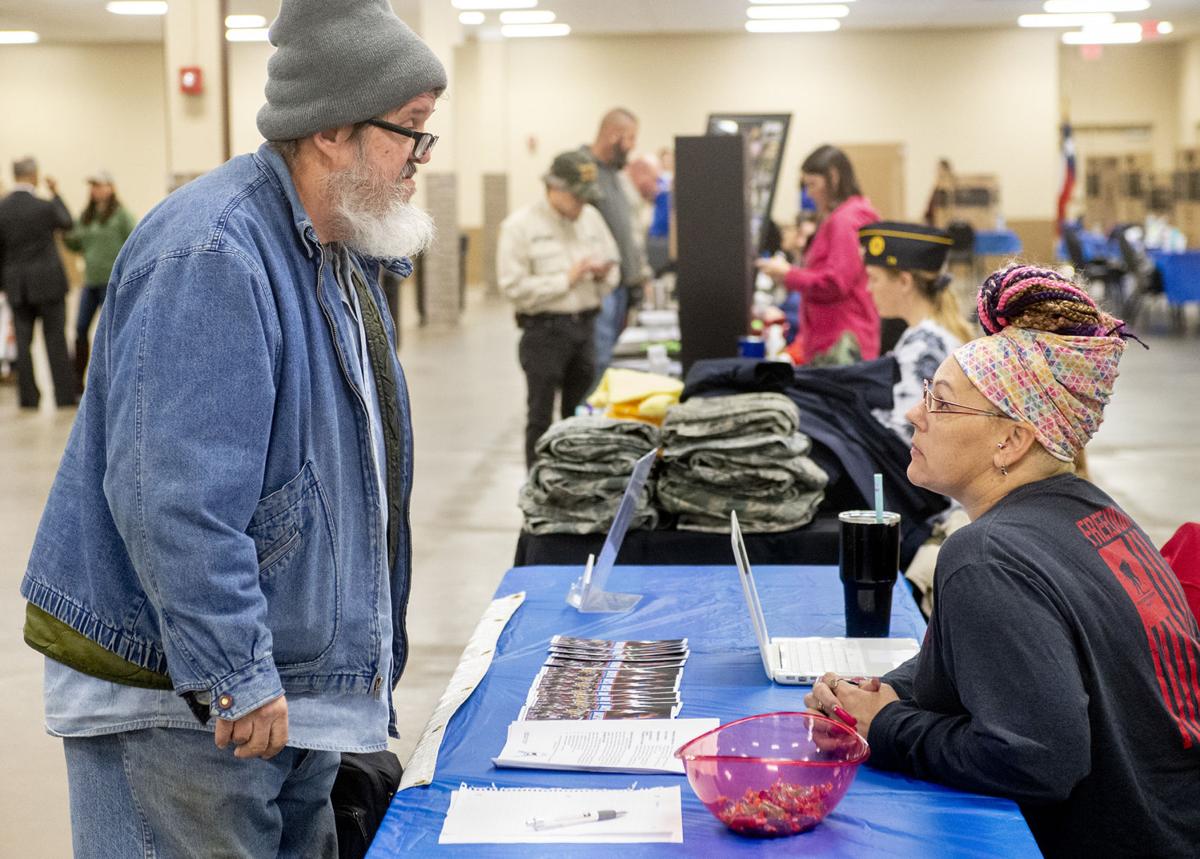 Navy veteran Joe “Doc” Roe, left, speaks with University of Texas at Tyler nursing student Bailey Glenn while filling out a form to get a flu shot Wednesday during Operation Stand Down.

U.S. Army veteran Tonny Ezernack, who has lived for the past four months in the Hiway 80 Rescue Mission in Longview, mustered up the courage Wednesday to attend Operation Stand Down for the first time.

“I was kind of scared in the past to come to these things,” Ezernack said while he sat at table inside the exhibit building in the Longview Fairgrounds. “I was kind of afraid to get into the (veterans) system.”

He helped himself to a rucksack containing a sleeping bag, jacket, scarf and gloves courtesy of the Health Care for Homeless Veterans program of the Overton Brooks VA Medical Center in Shreveport. He said he also signed up for medical and dental benefits and housing assistance and got a flu shot.

Overton Brooks in conjunction with the East Texas Veterans Resource Center in Longview conducted its fifth Operation Stand Down in Longview to provide services to homeless and other veterans.

Sixty or more veterans had arrived within 2 1/2 hours after the four-hour Operation Stand Down started at 9 a.m., but only 37 homeless veterans registered, said Shannon Arledge, public affairs officer at Overton Brooks.

“Veterans have experienced issues that average Americans do not experience,” Arledge said. “Events like these are an opportunity for Veterans Affairs and the community to come together.”

The event drew more than 20 vendors who met with veterans and provided brochures and promotional items. Vendors included such veterans organizations as Veterans of Foreign Wars, Disabled American Veterans and Combat Warriors, along with the American Red Cross, Longview Housing Authority, Kilgore College, a health insurance company and a chiropractor.

Reboot Combat Recovery set up a booth to recruit participants for a 12-week program that meets at St. Mary’s Catholic Church in Longview.

The program works with participants on issues such as depression, said representative Joe “Doc” Roe, a Navy veteran who said he lost a finger and received facial wounds from an improvised explosive device in the Iraq War.

“We try to fight 22 suicides a day nationwide,” Roe said. He said a stigma that used to be attached to seeking help is changing slowly.

Several veterans who attended sought to find out what services are available to them, or just to get out of the rescue mission for a while.

Ronnie Carpenter, an Army veteran who has been homeless since 2013, said he attended to get out of the rescue mission for a few hours. He said Mike Terry, owner of Old Glory Medical Transportation, offered him and four other veterans a ride.

Carpenter recognized Ezernack from the rescue mission and, like Ezernack, he received a rucksack from Overton Brooks.

A resident of the rescue mission for five months, Carpenter said he would like to be out on his own but is committed to the 10-month New Creation Discipleship Program.

By contrast, Paula Brown, a Marine veteran who has been homeless for six months and is staying in a Longview motel with her boyfriend, indicated she wants to have a place of her own sooner. Brown said she is trying to save money for a deposit and first month’s rent.

“I want to be a motivational speaker, but I’ve got to get out the situation I’m in,” she said. She said an injury from a fall during a 3-mile run during basic training cut short her military service in 2007. She said she applied for housing assistance at the event and is trying to qualify for disability benefits.

Brown, Carpenter and other veterans said they appreciated what Operation Stand Down provided.

“I never felt like people wanted to help me before,” Brown said.