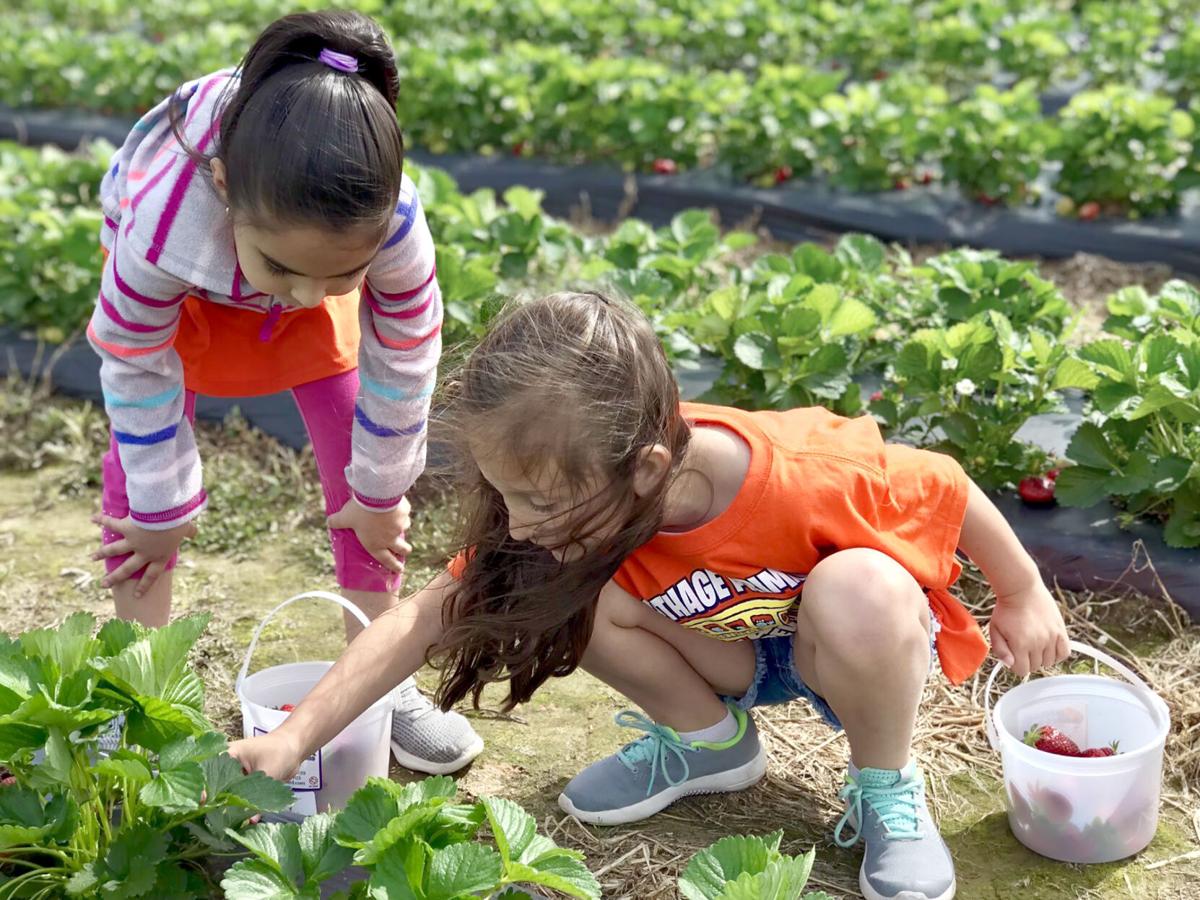 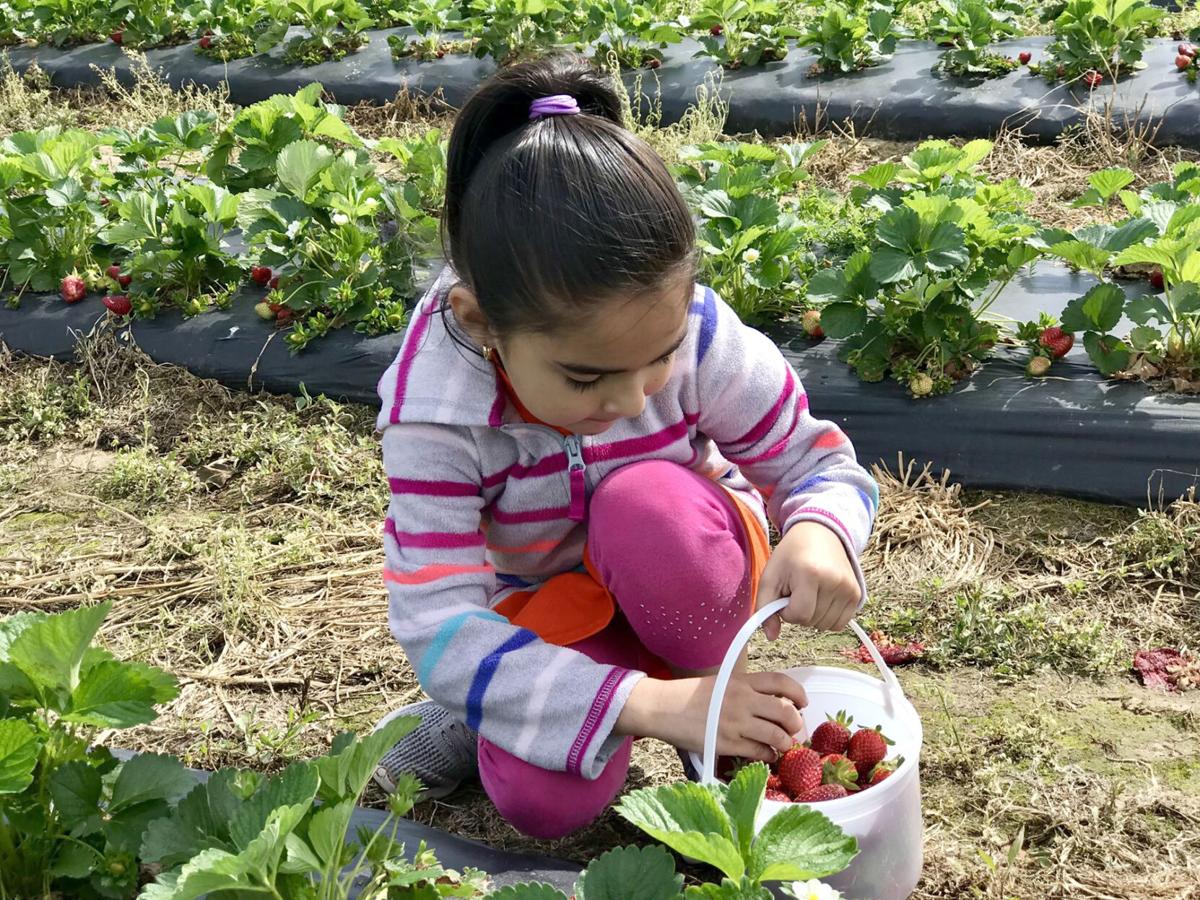 Carthage ISD first-grader Rosa Hernandez adds strawberries to her bucket during a 2019 trip to Panola Orchards in DeBerry. 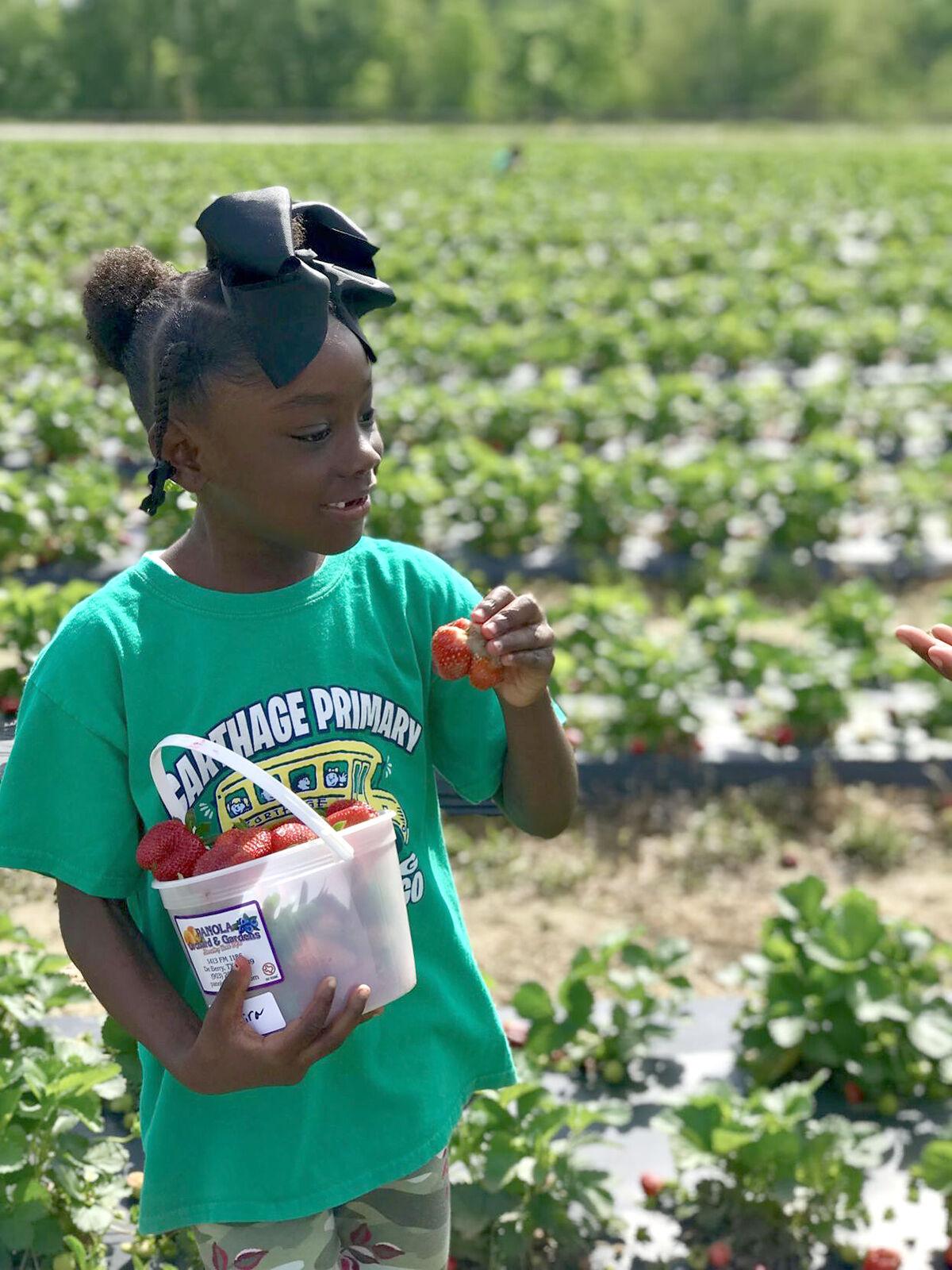 Carthage ISD student Shamira Rosborough looks at a strawberry she picked during a 2019 trip to Panola Orchards in DeBerry.

Carthage ISD first-grader Rosa Hernandez adds strawberries to her bucket during a 2019 trip to Panola Orchards in DeBerry.

Carthage ISD student Shamira Rosborough looks at a strawberry she picked during a 2019 trip to Panola Orchards in DeBerry.

Panola Orchards in DeBerry is set to open Sunday beginning with strawberries. Other fruits will be available for picking later in the season.

The Panola County family business, owned by John and Judy Alexander with daughter, Brenda Martin, and her husband, Jason, as farm managers, wasn’t affected too much by the harsh winter freeze in February, Brenda Martin said.

“It depends on what crop you’re talking about,” she said. “The strawberries were not really phased by it. It did set the season back opening about a week or two. We’re opening a little bit later than we typically open, but other than that it really didn’t affect us. ... The fruit is very plentiful for strawberries.”

Martin said they planted twice as many strawberries this year, with a whole new field in the back.

“The front field, the main primary field that we have had in the past, that one is walk-to only. It’s about a five-minute walk to the field,” she said. “The field in the back,the new field, on the days that we open it ... those are the days that we will actually transport people in the farm wagon to that back field... which is a really neat experience to get to ride back there.”

Coming out to the orchards to pick fruit is a great family outing, Martin said.

“If people are looking for something to do together as a family, this is it,” she said. “It’s different, and I think that it’s an educational experience as well because a lot of people, especially children, they don’t really know where their food comes from. They see it in the grocery store, but they don’t really put it all together that this is something — we plant these strawberries in October, six months later after we take care of them and they get plenty of sun and rain and all that, this is what we have.”

Panola Orchards also has a farm store on the property as well as a picnic area. People are allowed to bring their own lunches to have a picnic at the tables.

Starting this year, Panola Orchards also will offer train-less track rides on the weekends. The business also plans to have a food truck on the property at various times during the season.

Panola Orchards and Gardens on Facebook is the place to go to check for updates, Martin said. She also recommends always checking the page before a visit because farming can be unpredictable due to the weather.