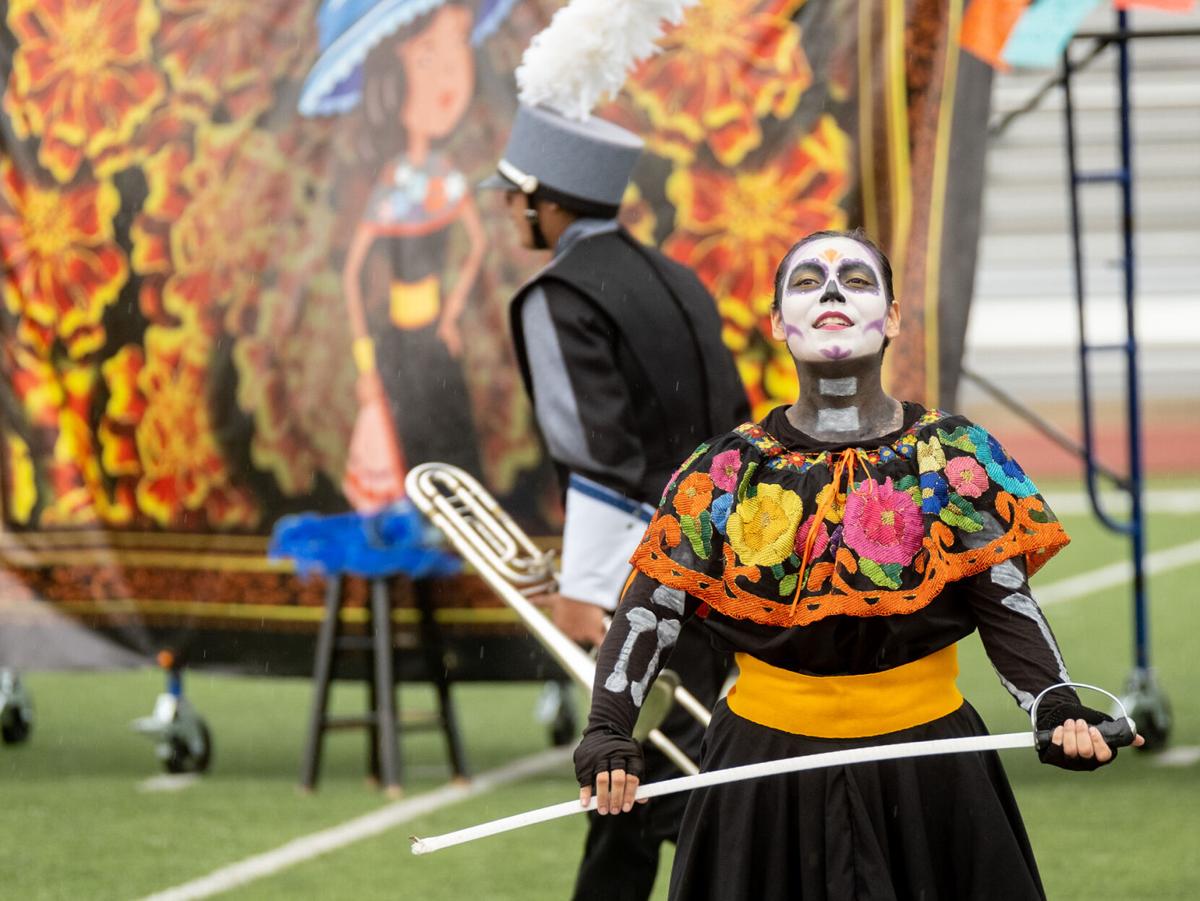 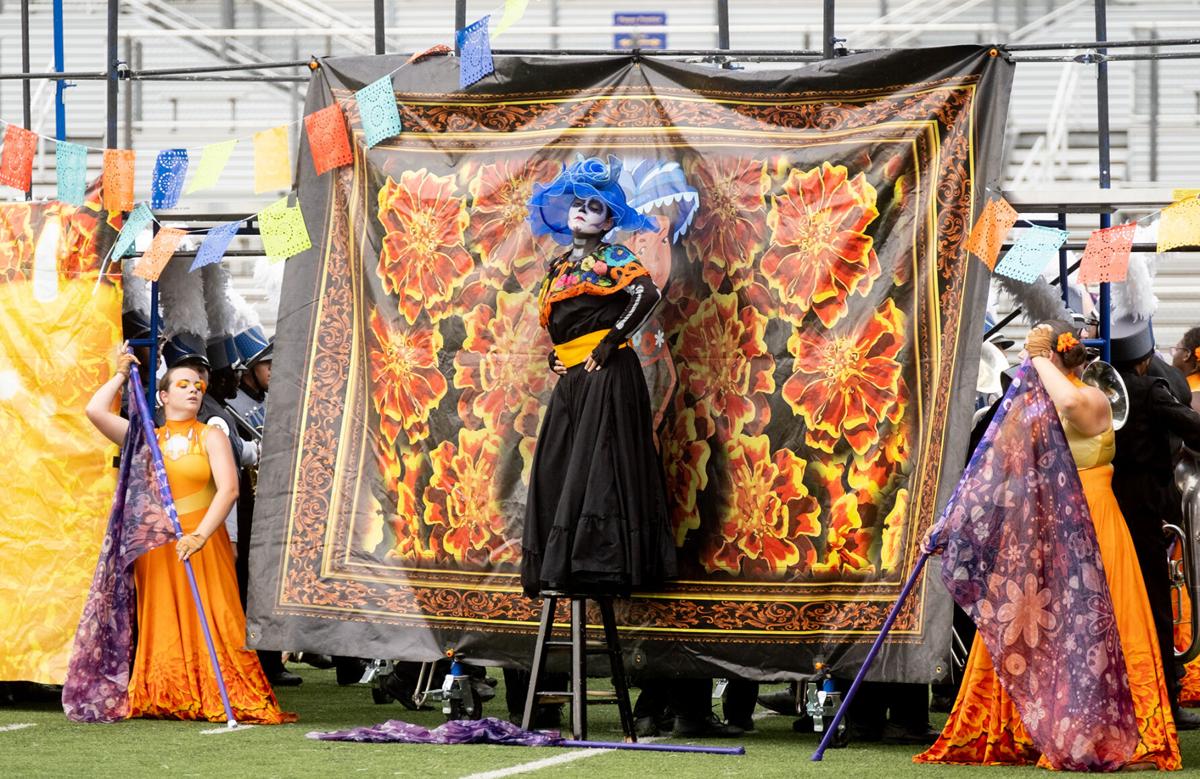 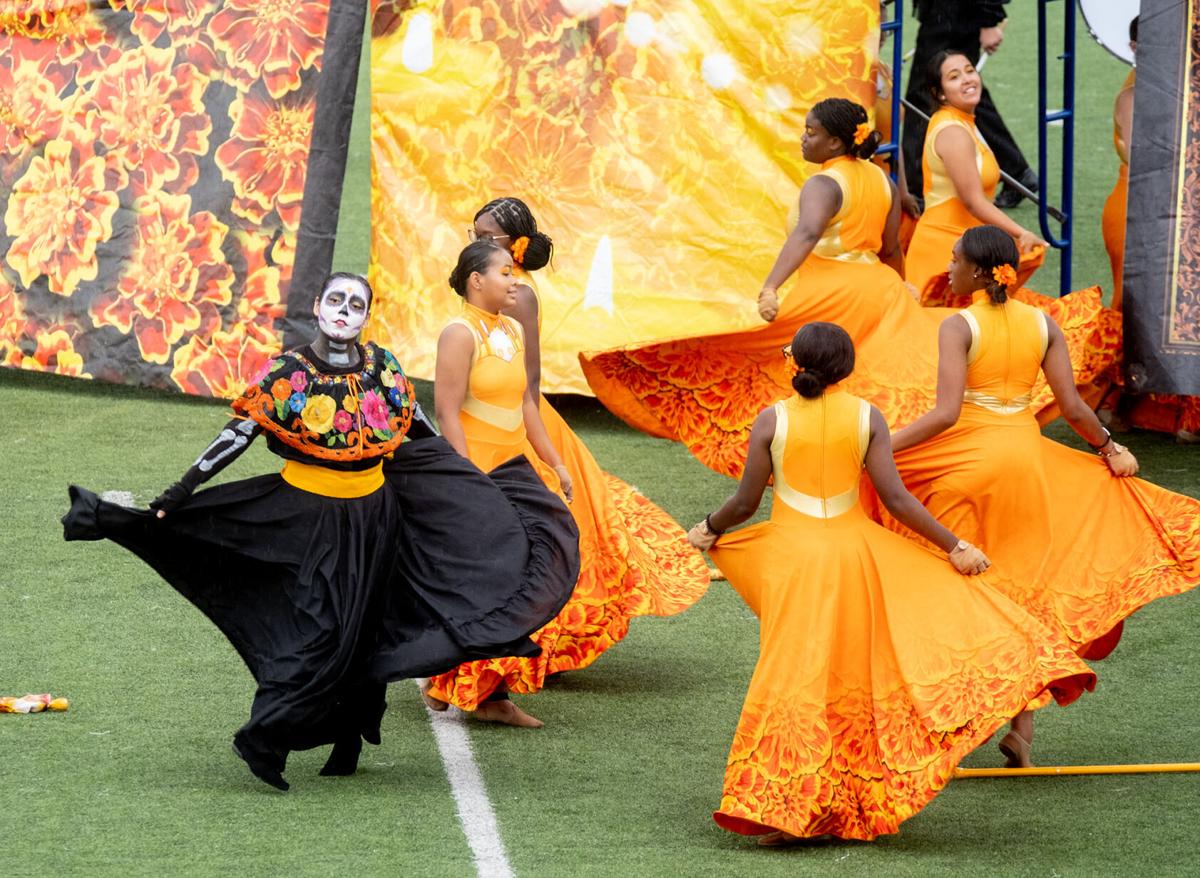 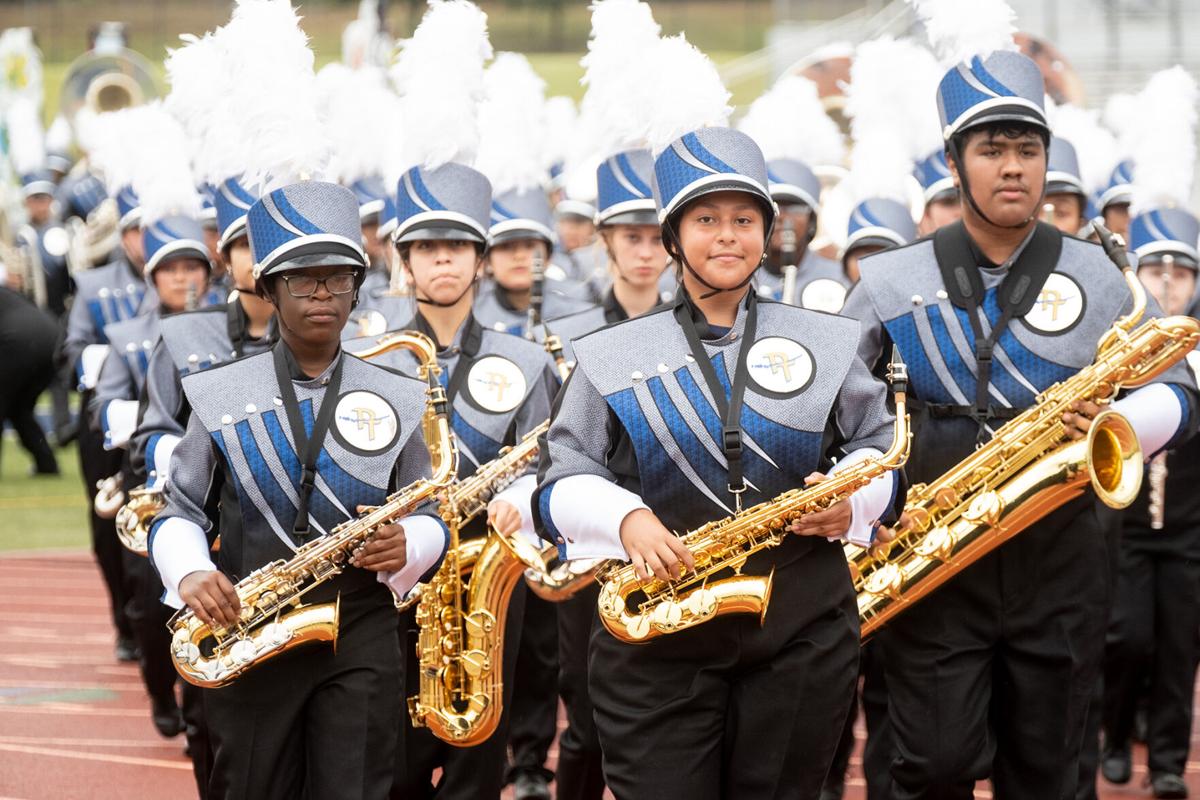 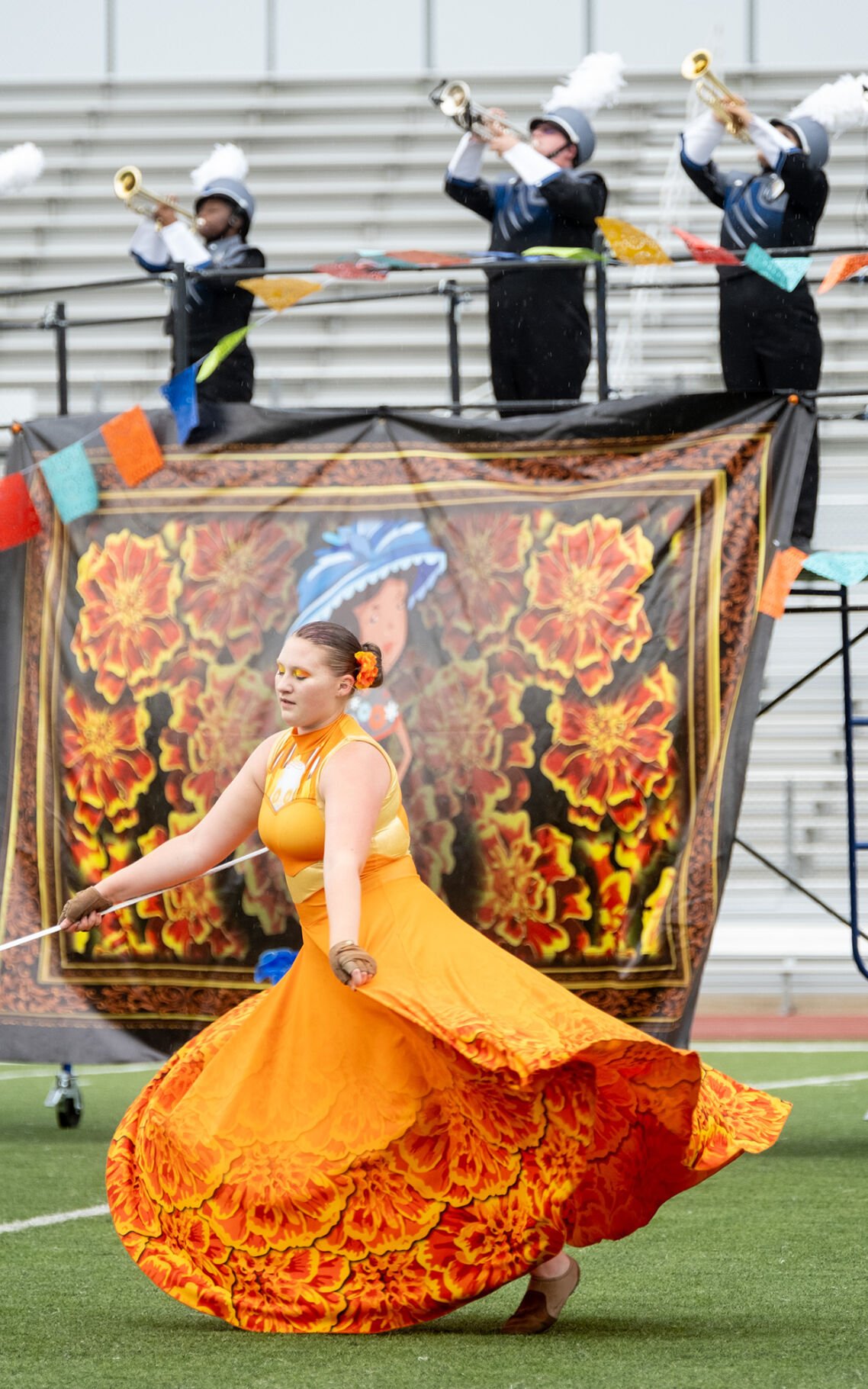 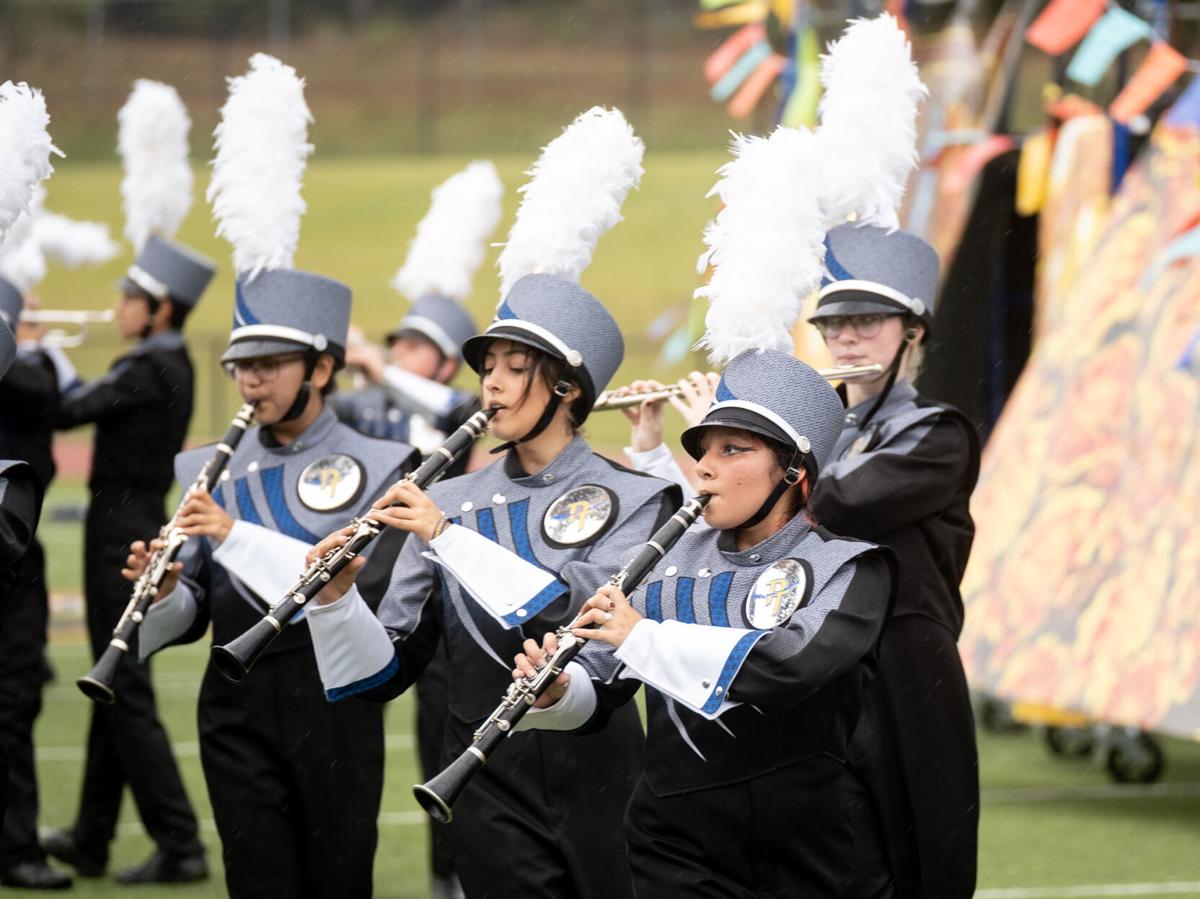 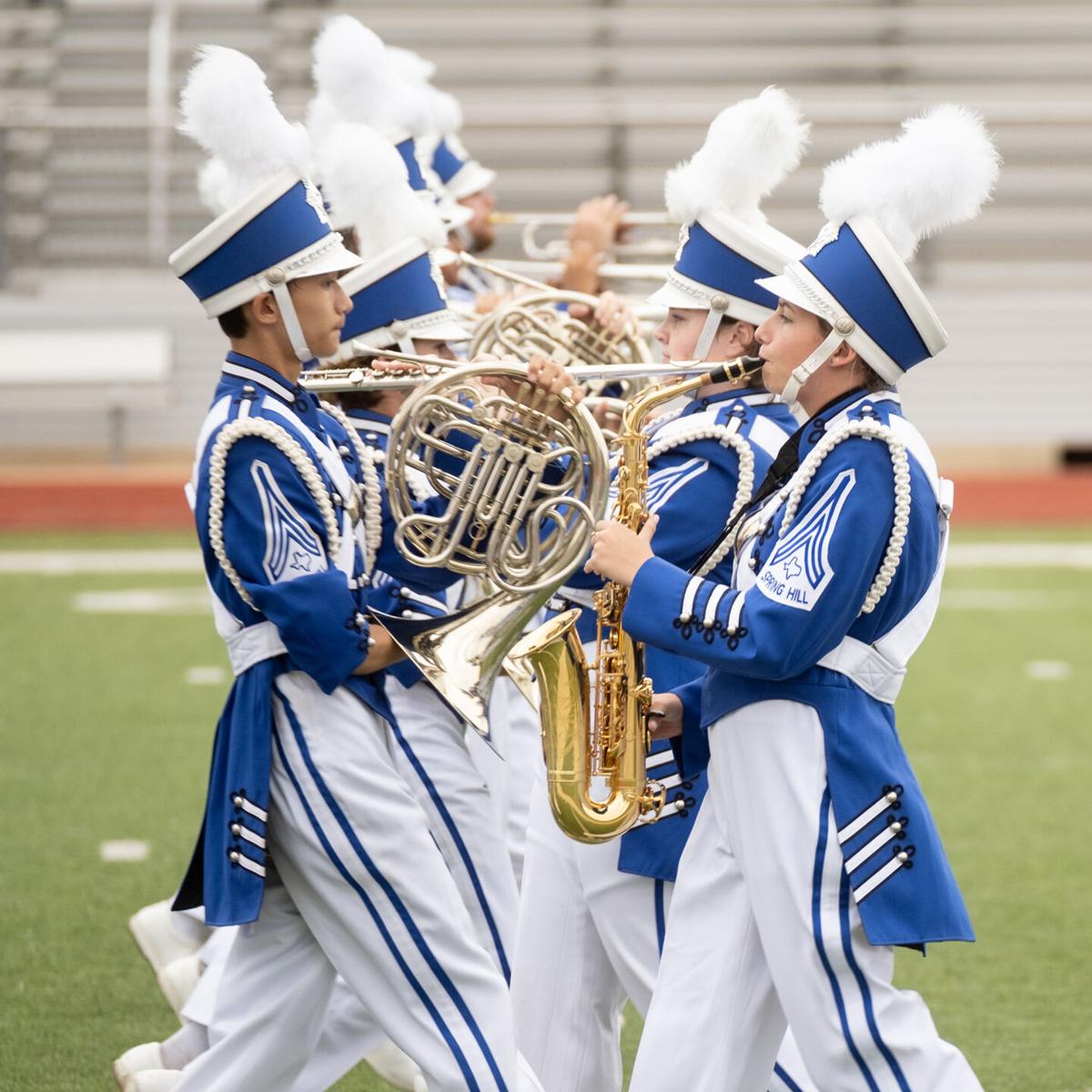 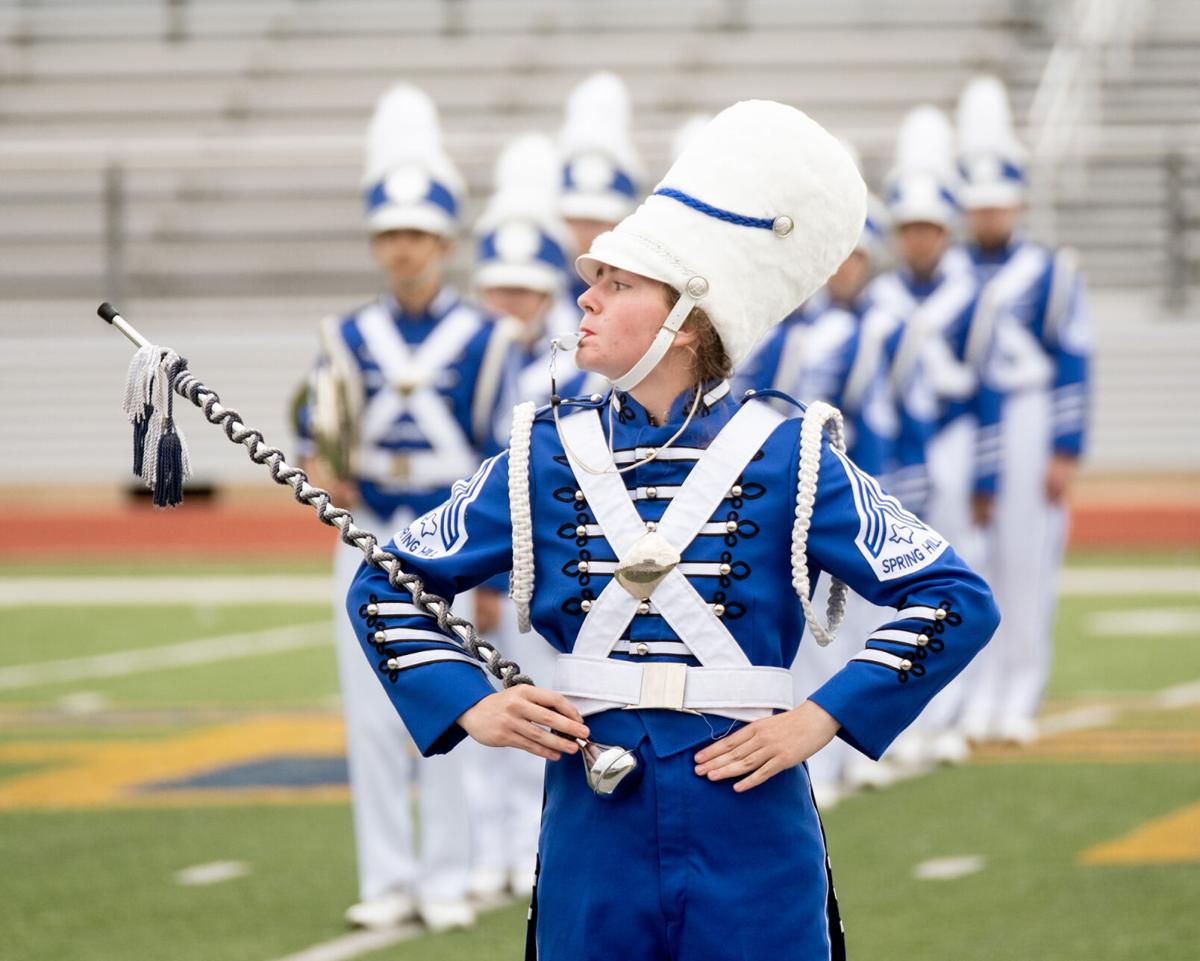 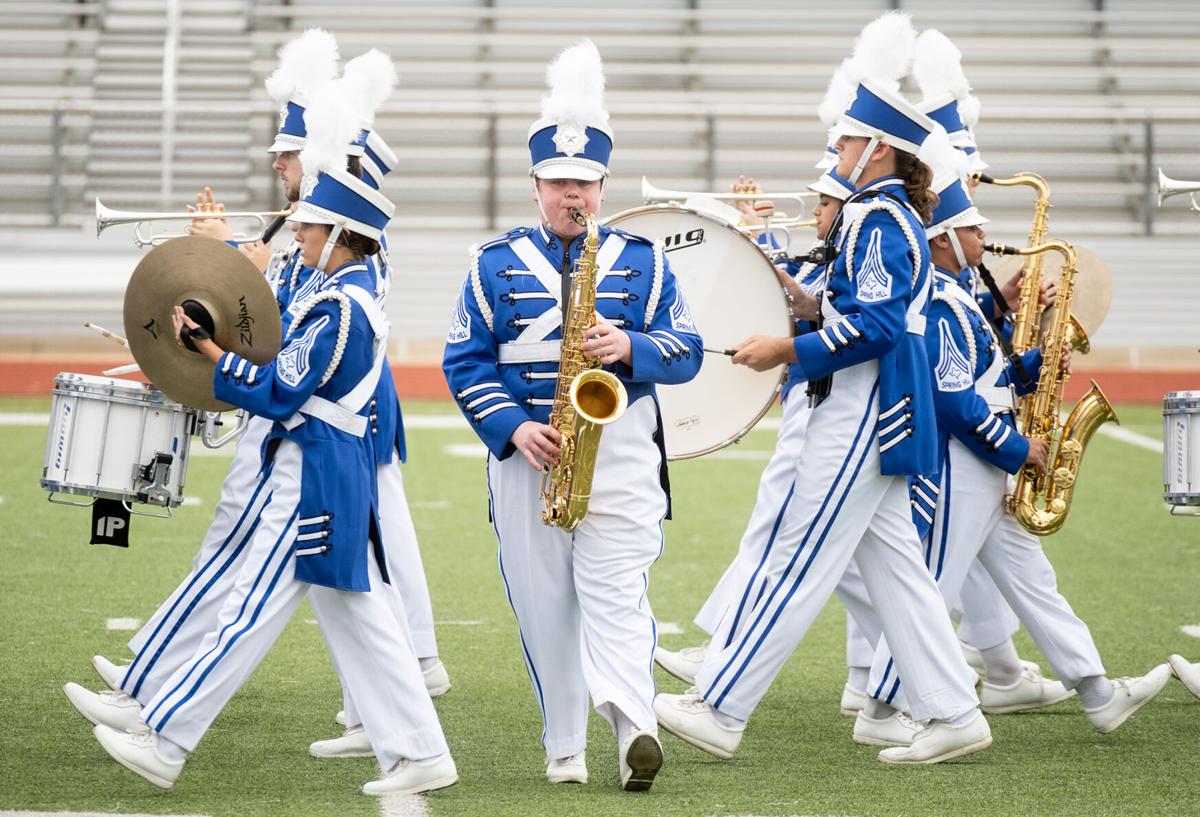 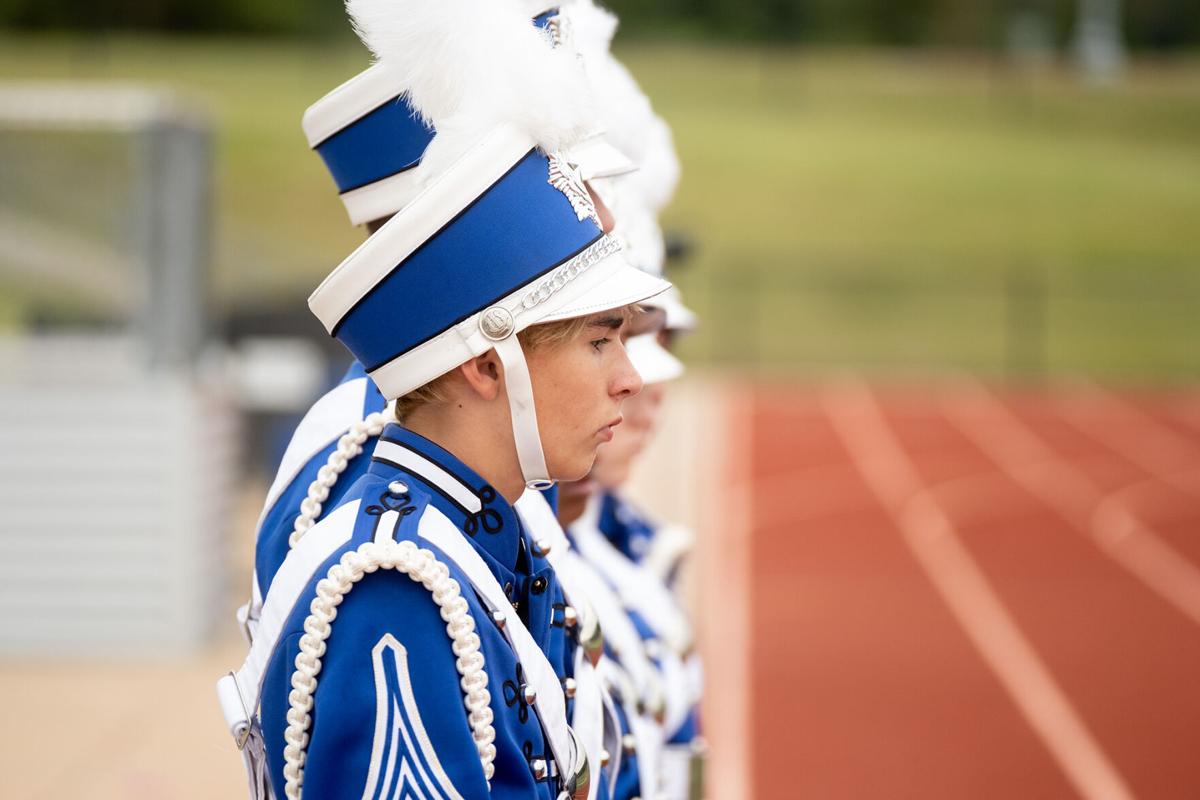 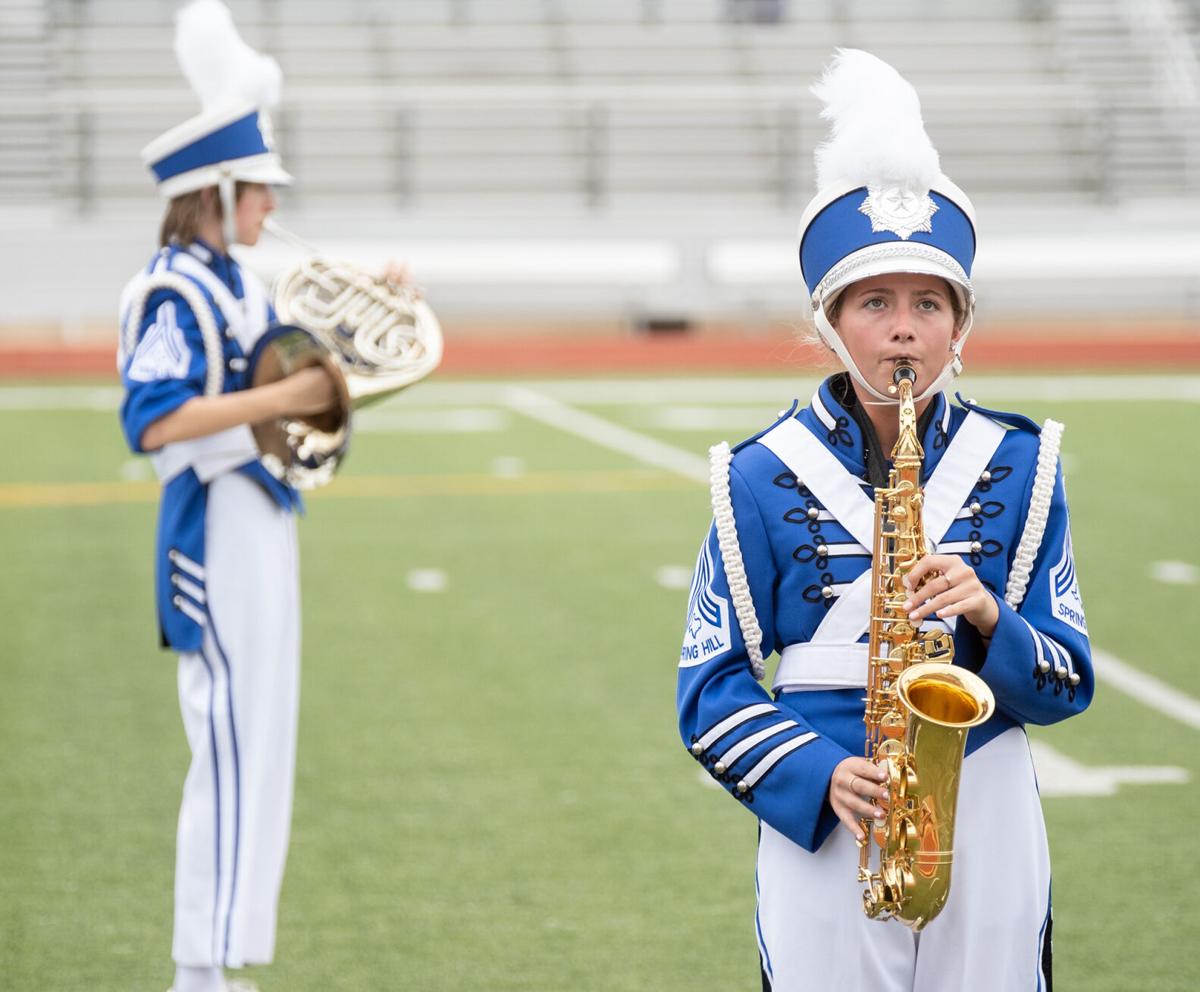 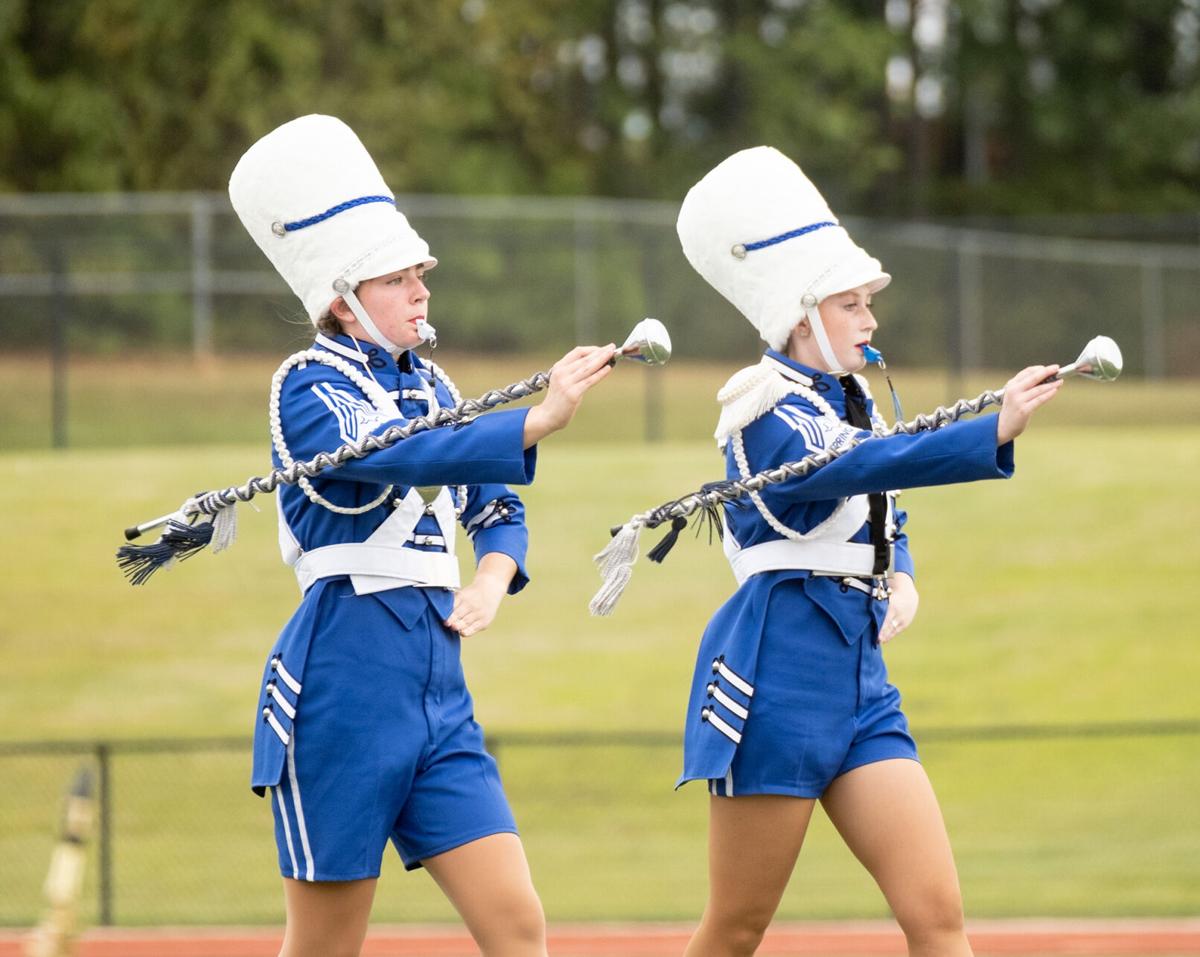 Her face painted like a calavera — or skull — and wearing a delicate blue hat, Pine Tree High School senior Ariel Sanchez struck a pose Tuesday as the final notes of a trumpet solo signaled the end of the Region 4 UIL Marching Contest at Pirate Stadium

Pine Tree was one of 25 schools that competed at Tuesday’s contest.

Tuesday’s event was the first UIL marching contest of the season. Pine Tree and Spring Hill High School, which also competed, scored a “1,” meaning they will advance to the area contest. From there, only four schools will be chosen to advance to the state competition.

The theme for Pine Tree’s performance was Dia de los Muertos — or Day of The Dead. Large posters adorned with decorative calaveras were placed along the field to aid the band’s performance as well as a stage decorated with flags and an ornate image of a girl in a traditional Mexican dress and blue hat.

This is Pine Tree’s second full year as a corps style band with it previously practicing military style.

Corps style is identified by its spotlight on percussion, with the incorporation of props and theatrical performances often accompanying it. Military and traditional styles also can be used by marching bands, with military popular in the South, said Pine Tree Band Director Mark Perry.

“Whether you’re military or corps, it’s hard to do it well,” Perry said.

Many of the bands that competed in Tuesday’s contest were military style .

Perry explained that the decision to perform as a corps band came from the need to be more competitive at the area level where most other bands will be using the same style.

“I have the utmost respect for military bands and what they do — traditional is important,” he said. “At the same time, I want my kids to be exposed to what 95% of the country is doing.”

According to Perry, most marching bands across the country practice corps style.

“I also wanted to give my kids something new to sink their teeth into and get excited about beyond just marches,” he said. “A lot of military bands are pushing the envelope of what is considered military. I would just say that the repertoire of music that we can play when you’re a corps band is greater to choose from.”

Perry said the band began working on a theme for Tuesday’s performance this past November.

“Planning for a marching show really starts a year before,” he said.

Perry added that Assistant Band Director and Director of Color Guards Jared Cronk was the “master visualizer” for Tuesday’s performance, designing all the costumes worn by members of the color guard.

“Marching shows are supposed to be so exciting ... so how do you make a ‘down’ ending also have that sort of finality?” Perry said about the ending that featured Sanchez in her makeup and hat.

“(Cronk), that was his design to do all that,” he said. “We all know someone that’s passed away,” so that’s what the final image of the performance symbolized.