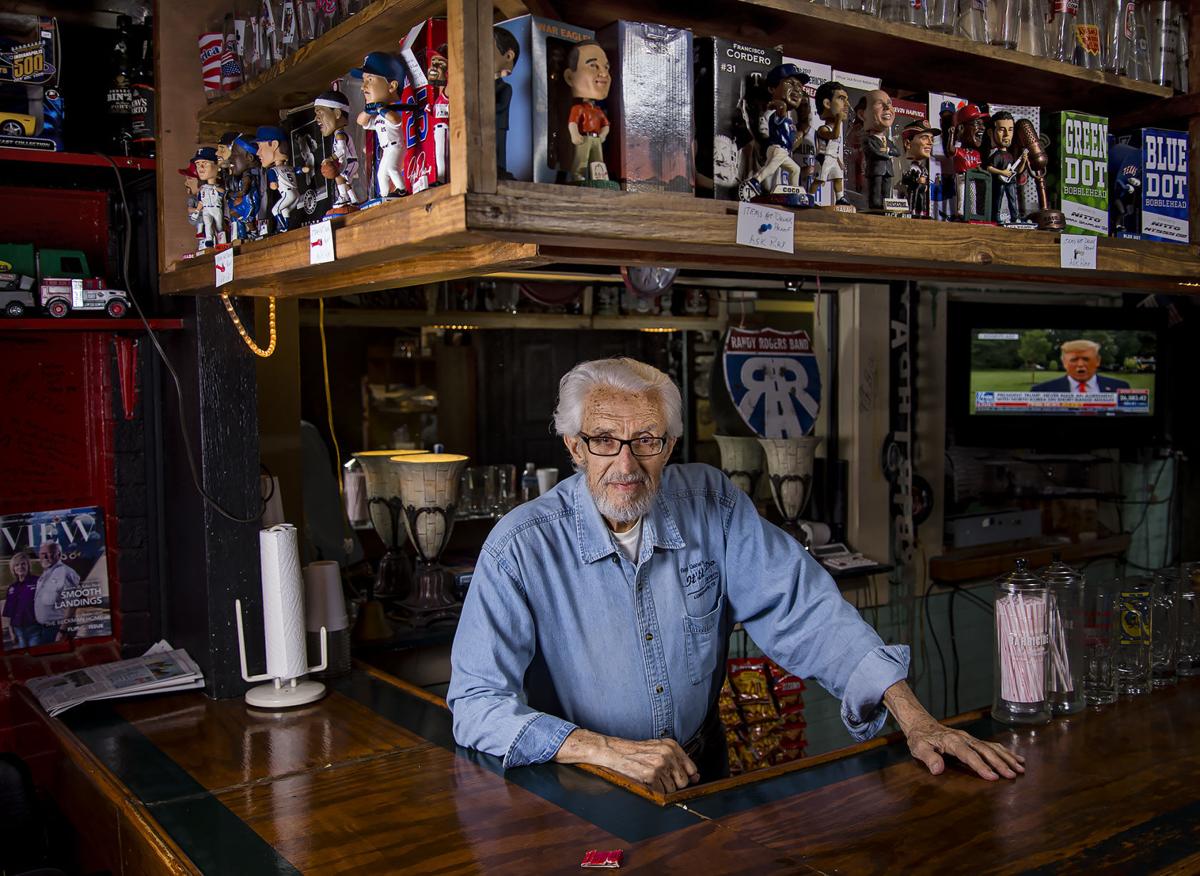 Ray Armstrong recently closed Ray Gene’s It’ll Do Tavern in Longview. Armstrong has owned bars in the city since 1997. 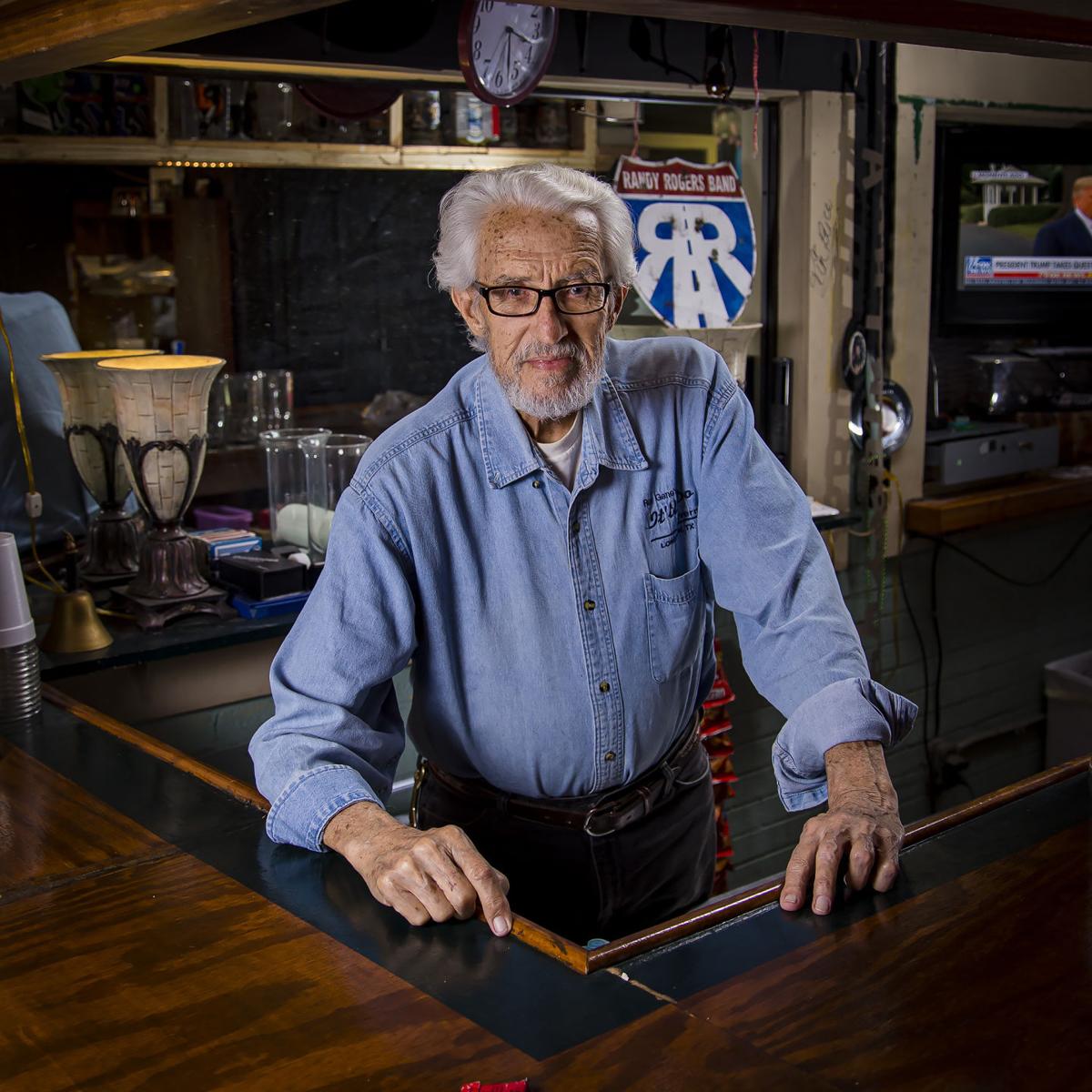 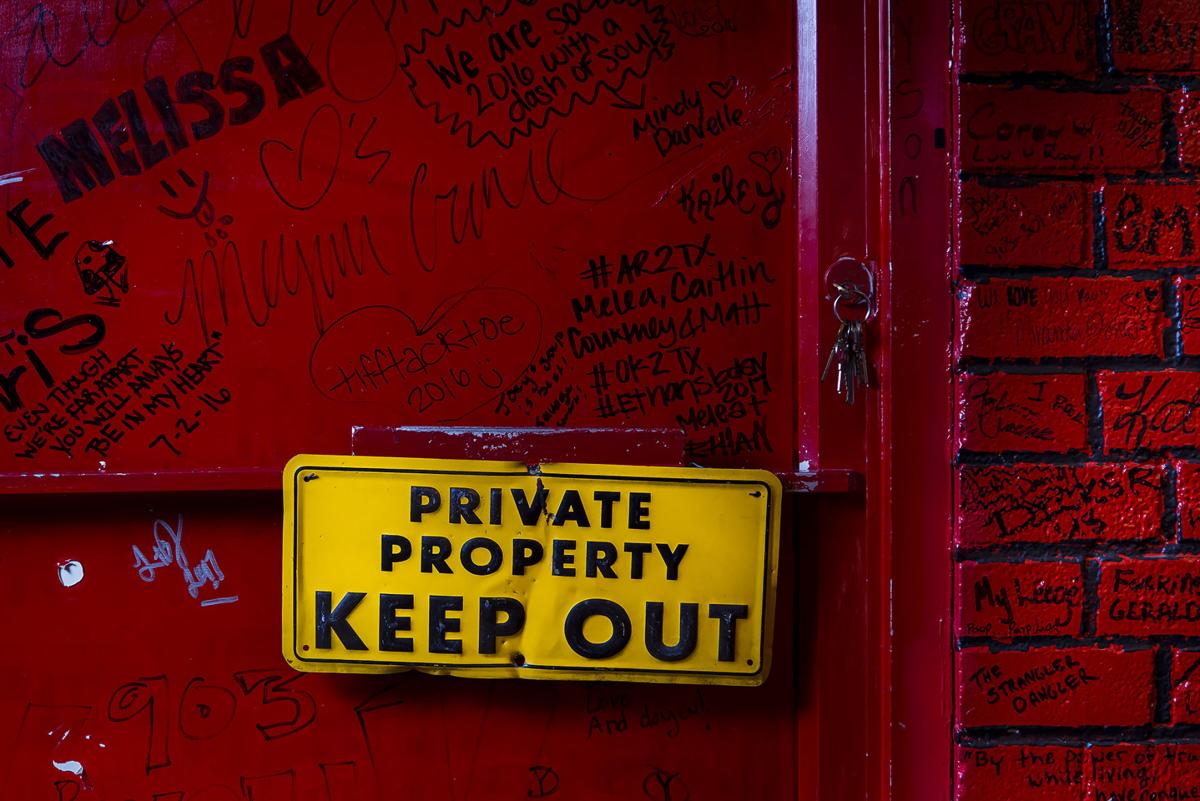 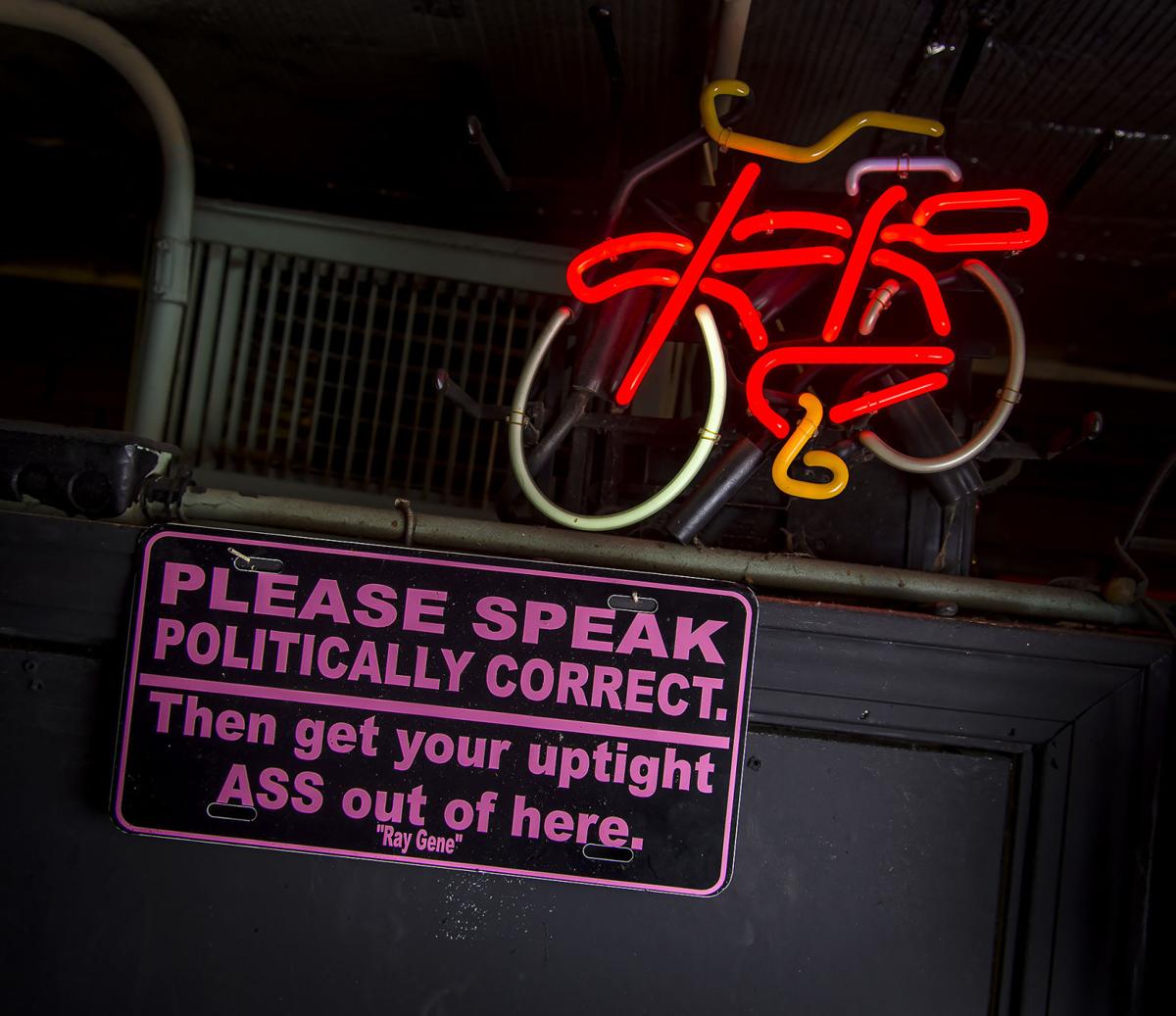 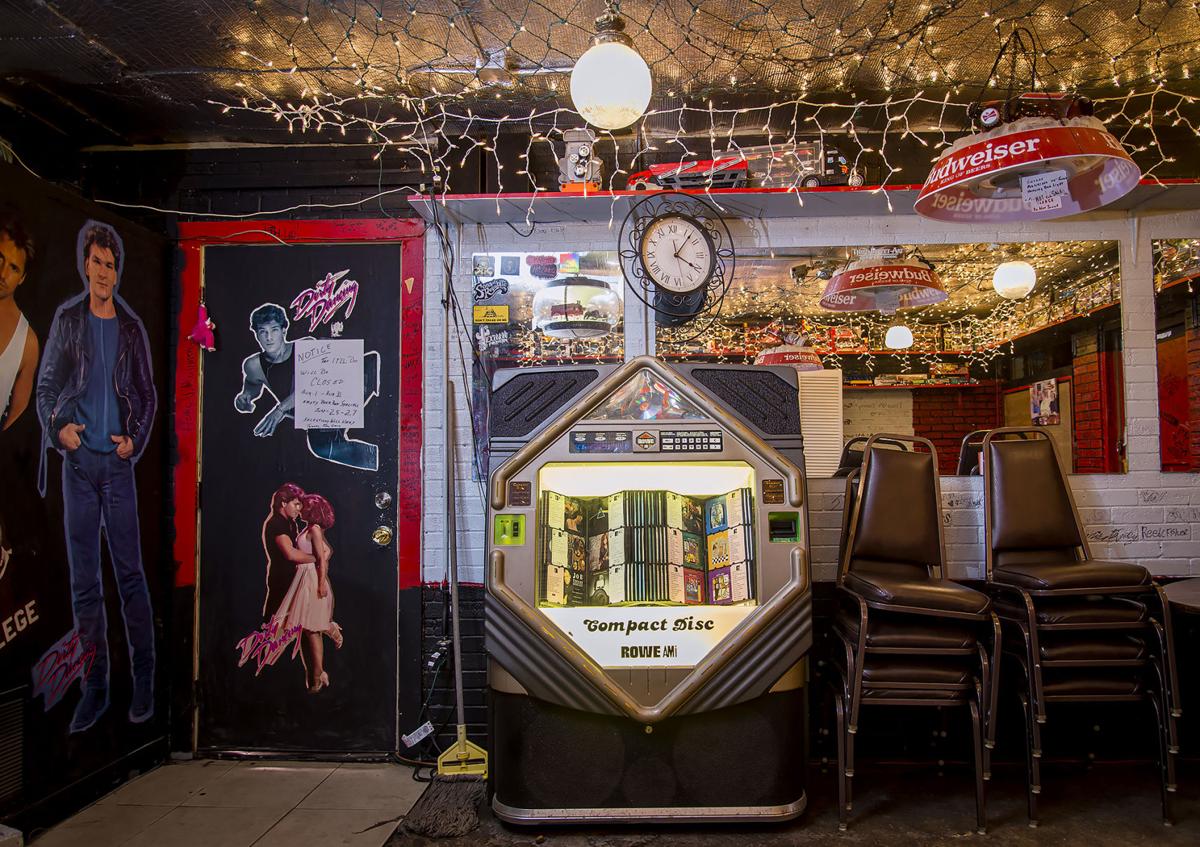 Customers of Ray Gene’s It’ll Do Taverns say they’ll miss the interactions with each other and with the owner, Ray Armstrong, who recently closed the bar after being diagnosed with liver cancer. 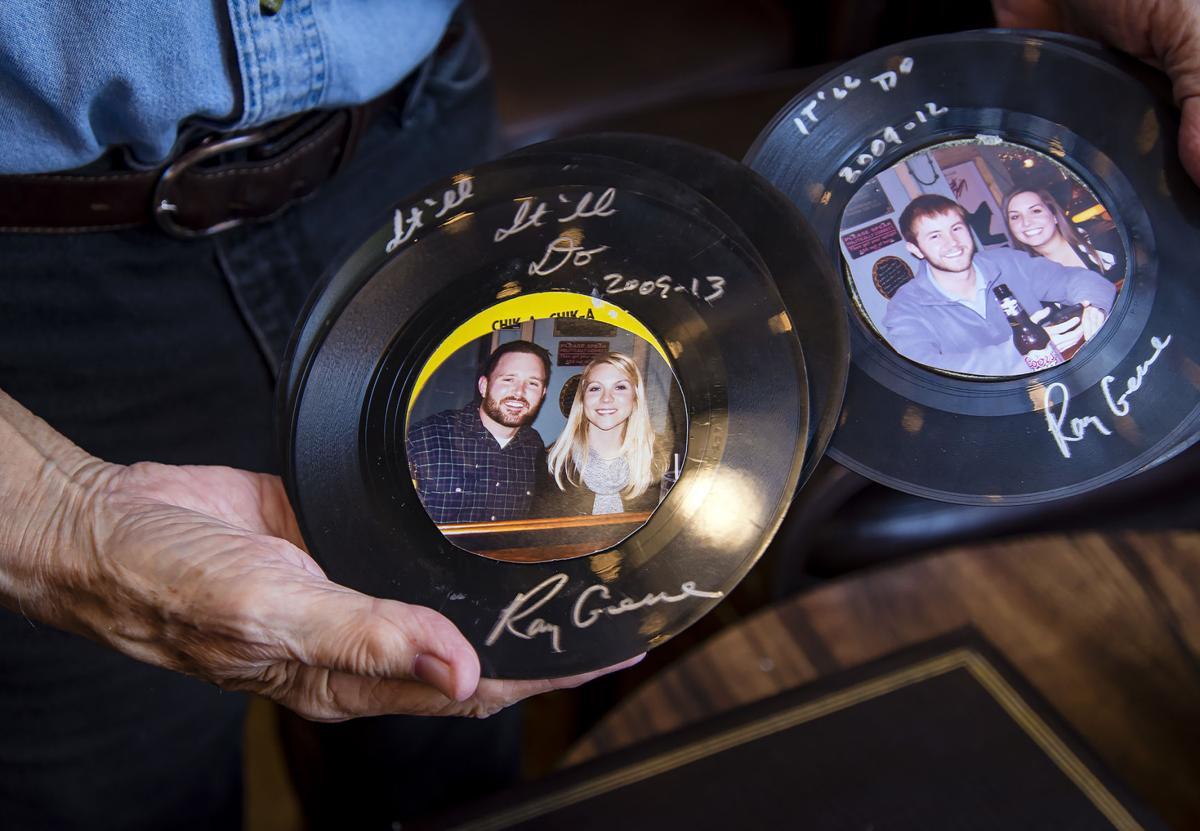 Ray Armstrong sorts photographs of longtime patrons glued to records that once decorated the walls at his West Marshall Avenue bar. 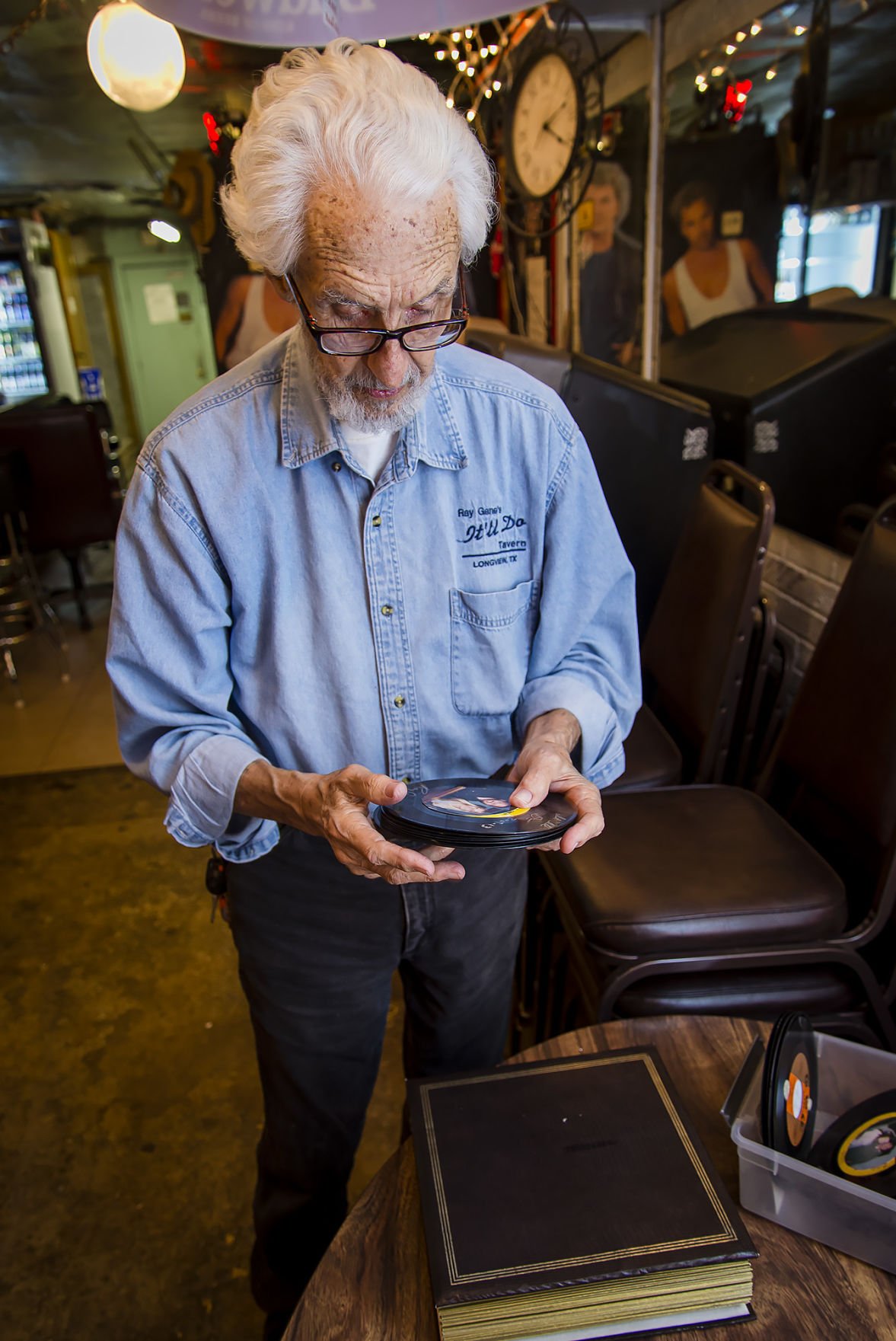 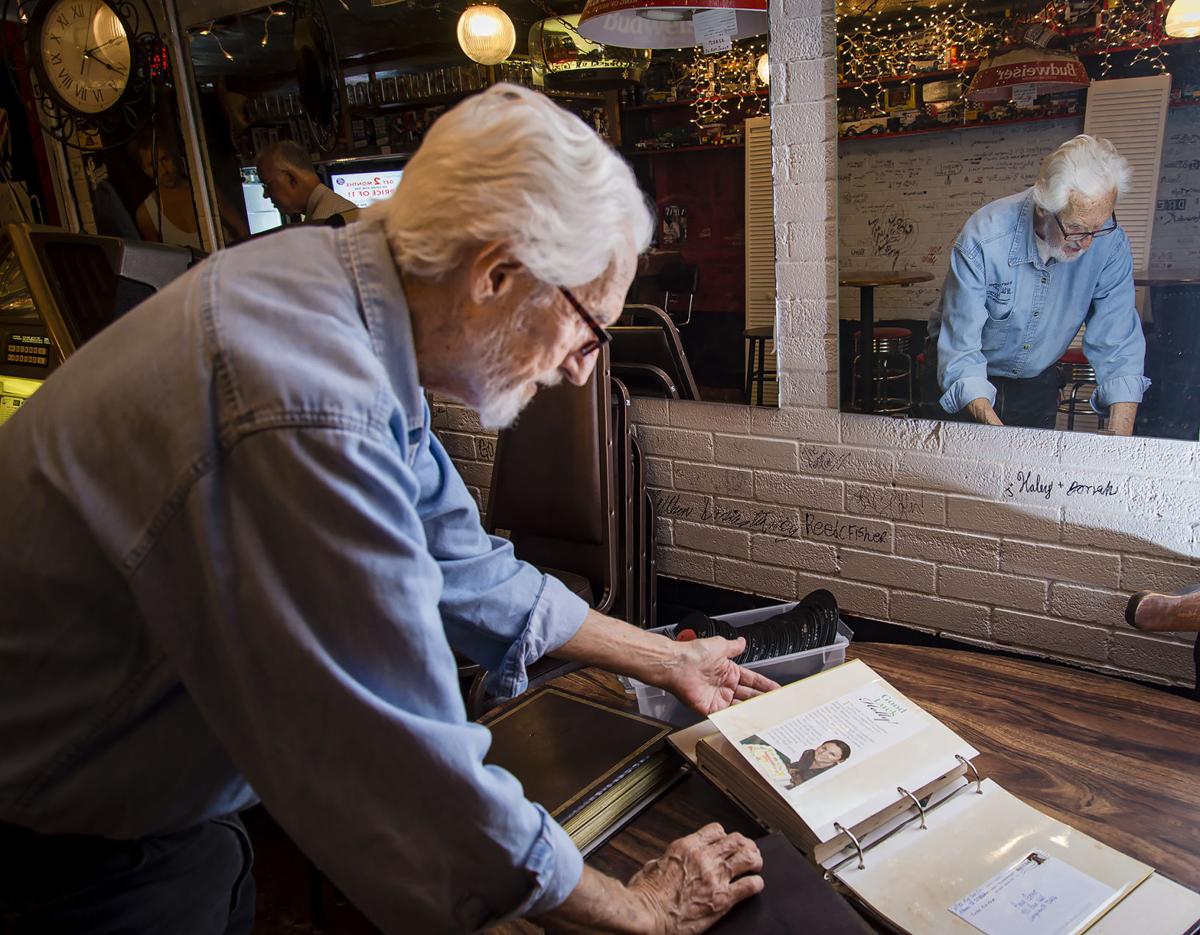 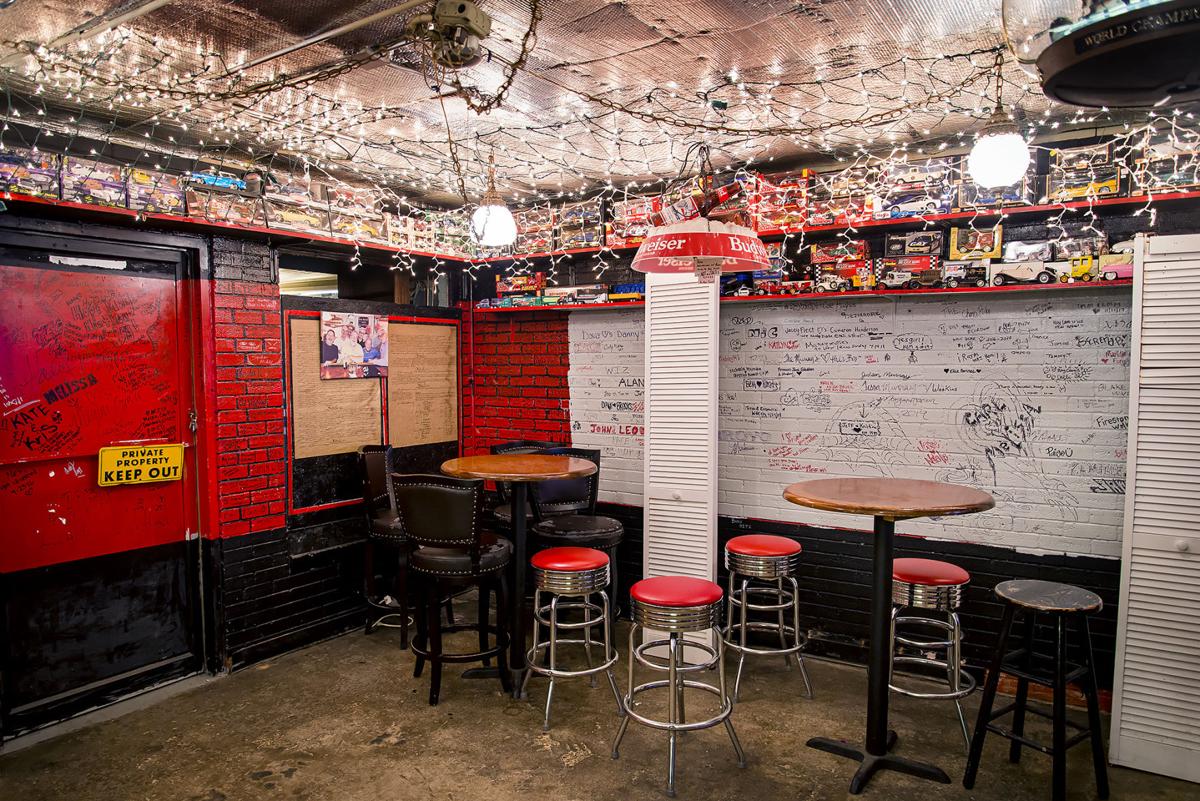 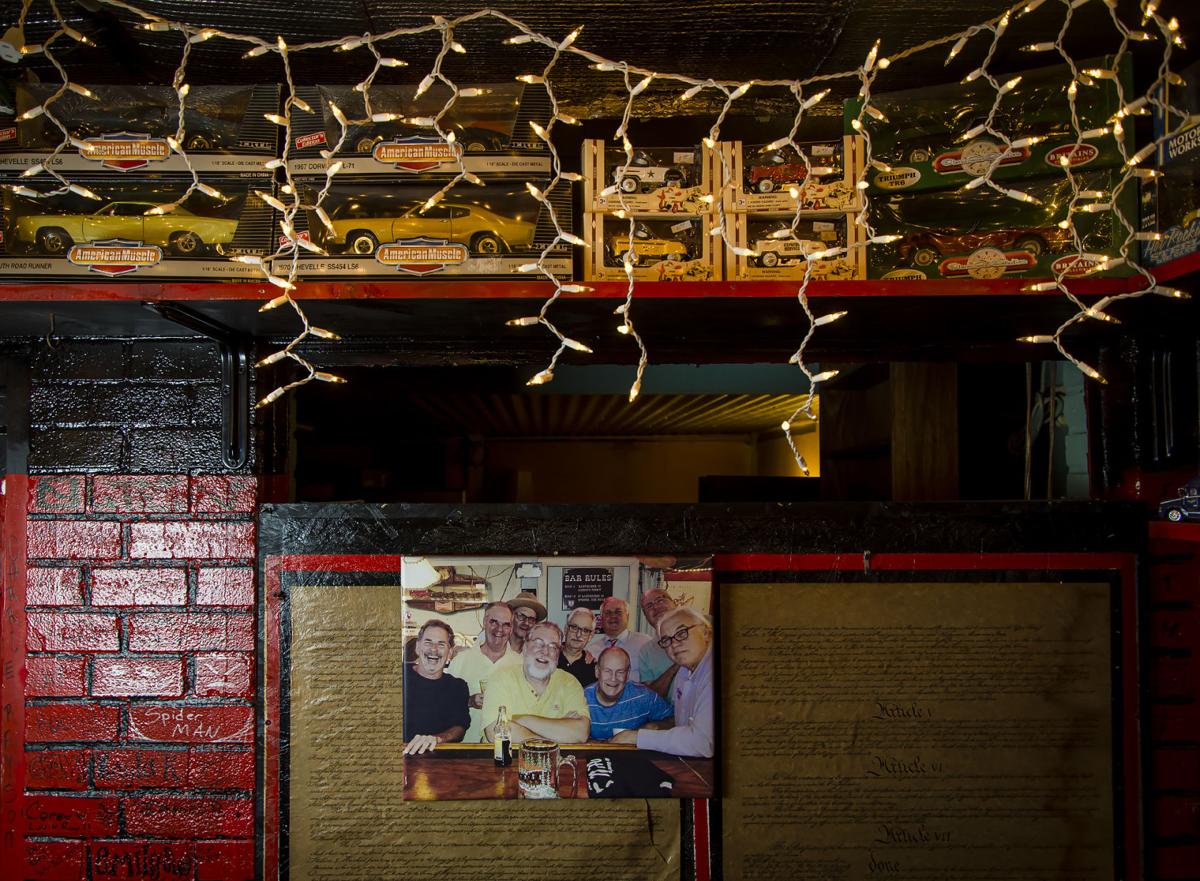 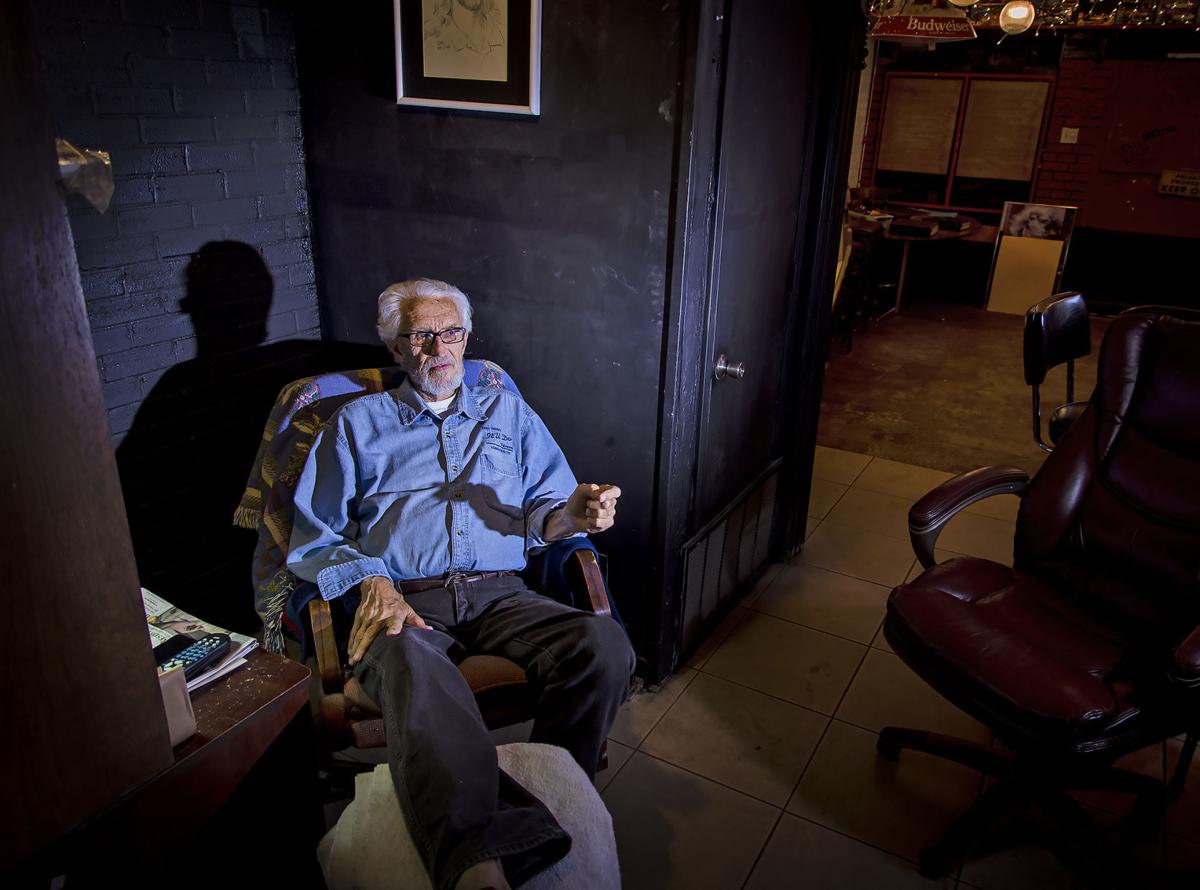 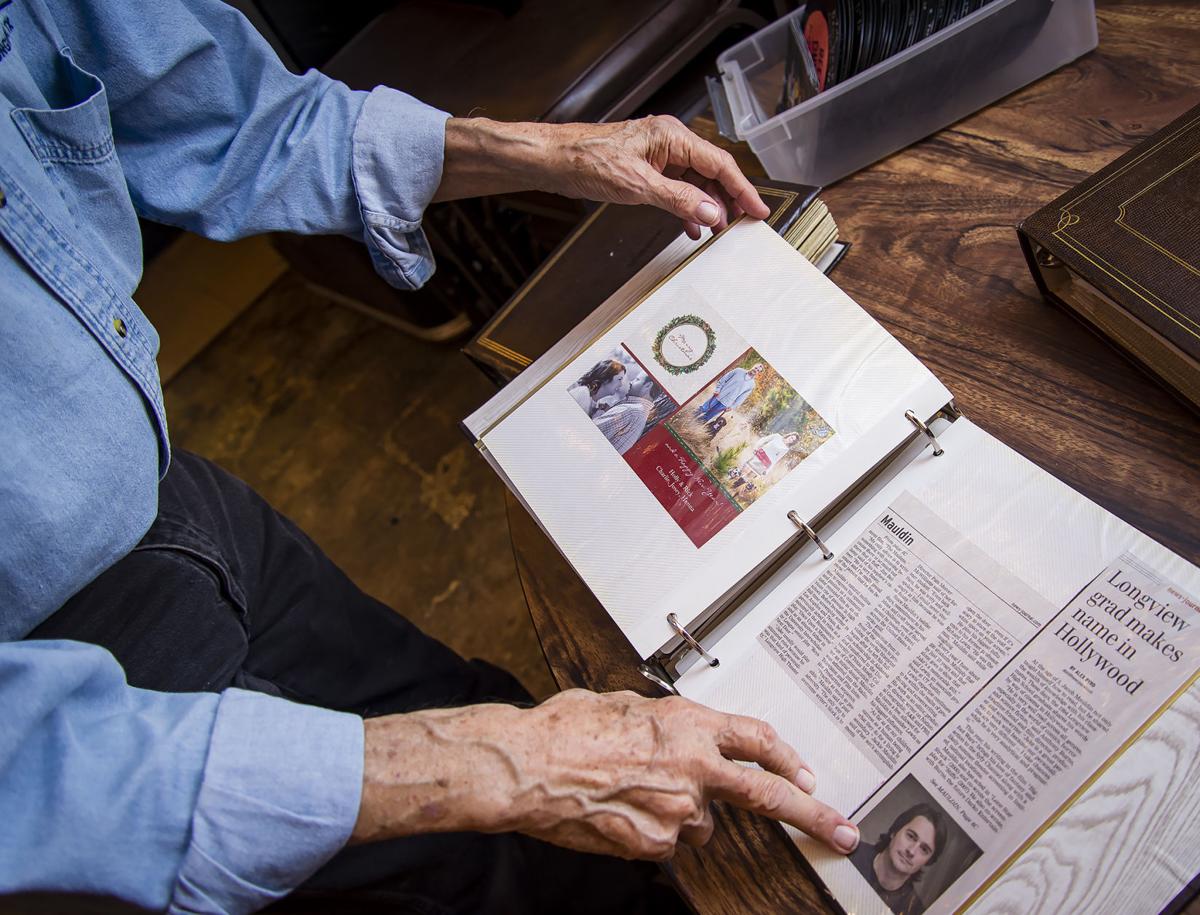 Ray Armstrong recently closed Ray Gene’s It’ll Do Tavern in Longview. Armstrong has owned bars in the city since 1997.

Customers of Ray Gene’s It’ll Do Taverns say they’ll miss the interactions with each other and with the owner, Ray Armstrong, who recently closed the bar after being diagnosed with liver cancer.

Ray Armstrong sorts photographs of longtime patrons glued to records that once decorated the walls at his West Marshall Avenue bar.

It’s the sort of gesture that speaks to the family-type environment at the Longview bars that the man better known as “Ray Gene” has owned and operated since 1997.

Armstrong recently closed his Ray Gene’s It’ll Do Tavern on West Marshall Avenue after being diagnosed with liver cancer.

During two decades as an owner of bars under four names at three locations in Longview, Armstrong cultivated a loyal following and saw college students just past drinking age mature to their mid-40s.

“Ray is lovable and he is funny,” said restaurant owner/operator Chelsea Cace, a customer for about six years. “He always had a fun evening, and he knew everybody. He always was a good hug. I like that there are all generations who felt comfortable in the bar.”

Armstrong drew a diverse clientele — in profession and age. That included young attorneys and doctors as well as customers who came after tattoo parlors closed .

Armstrong, 81, said he decided to close the bar this past Saturday after receiving his cancer diagnosis.

And while he continues to hang out at the bar to receive visitors as long as his health allows, loyal customers already are beginning to miss the nights they spent at Ray Gene’s It’ll Do Tavern and his previous establishments.

“I’m going to miss him being here,” said real estate agent Gary Miller, who first met Armstrong when Armstrong worked for Harley’s Liquor in the 1980s and got to know him well in 2002 when Armstrong owned the original It’ll Do Tavern on South Street.

Miller said he started hanging out on the first Tuesday of every month to catch up with friends, then within a year started coming every Tuesday because he was having so much fun.

“It was kind of like our little place, an easy place to go to,” Miller said. “And we’d go and bring our girlfriends and wives during Christmas and have Christmas parties.”

The youngest of eight children who was born in Carthage, Armstrong said he graduated from Carthage High School in 1956 and joined the U.S. Army Security Agency.

He said he worked in the mid-1960s as a bartender at the now-defunct Embers Bar across East Marshall Avenue from Dudley’s Cajun Cafe. He said “Gene” was his nickname at the bar, a name he later used in two taverns.

Armstrong said he also worked for Harley’s for more than 30 years and managed Pinecrest Country Club in the 1970s.

With bartending and liquor industry experience under his belt, Armstrong said he opened It’ll Do Tavern in December 1997 on South Street, taking the name from a dance hall in Dallas. The site is now home to Edible Art Specialty Cakes & Cookies.

Armstrong said he sold the bar to two young patrons about six years later and opened his second bar under the name Dew Drop Inn at the West Marshall site in 2005.

He said Front Porch Coffee Shop moved next door around 2007 and expanded into the space that housed the bar. He then opened Ray Gene’s West End at the present site of the Wicked Kitty Saloon on West Tyler Street.

Armstrong said he opened Ray Gene’s It’ll Do about 11 years ago after the coffee shop owner asked him if he was ready to return to the location.

Armstrong said he largely ran a one-man business, relying on help only for the first couple of years at the South Street location. He pulled beer or wine bottles from a self-serve refrigerator, and customers helped out by cleaning up after themselves at their tables when they were done.

He said it was a cash-only bar, and he said he doubts that he lost more than $50 over the years from customers who rang up bar tabs without paying.

While customers occasionally got drunk, Armstrong said, “I’ve never had a problem, never had a bar fight. I’ve never called 911. Me and the kids handled anything that broke out.”

Armstrong used the term “kids” loosely to refer to his younger patrons. A lifelong bachelor , Armstrong said customers in their early 20s confided to him about their relationships and personal problems and talked until the early-morning hours after Ray Gene’s It’ll Do closed.

Armstrong decorated his tiny bar with displays of model cars; bobbleheads of athletes; records with photos of patrons in the center of them; photos of Patrick Swayze, Jimi Hendrix and other musicians and actors; and other memorabilia.

Patrons also signed their names on the inside of the nondescript building, as if it were a cast for a broken leg.

“I just wanted you to see her,” Sharp told Armstrong.

“Ray is one of my heroes,” Sharp said. “He is a hero of mine because he is just a good guy.”

Armstrong said he will miss the interactions he has enjoyed with customers over the years .

“You have over the years a personal connection with these guys,” he said.

They will miss him as well.