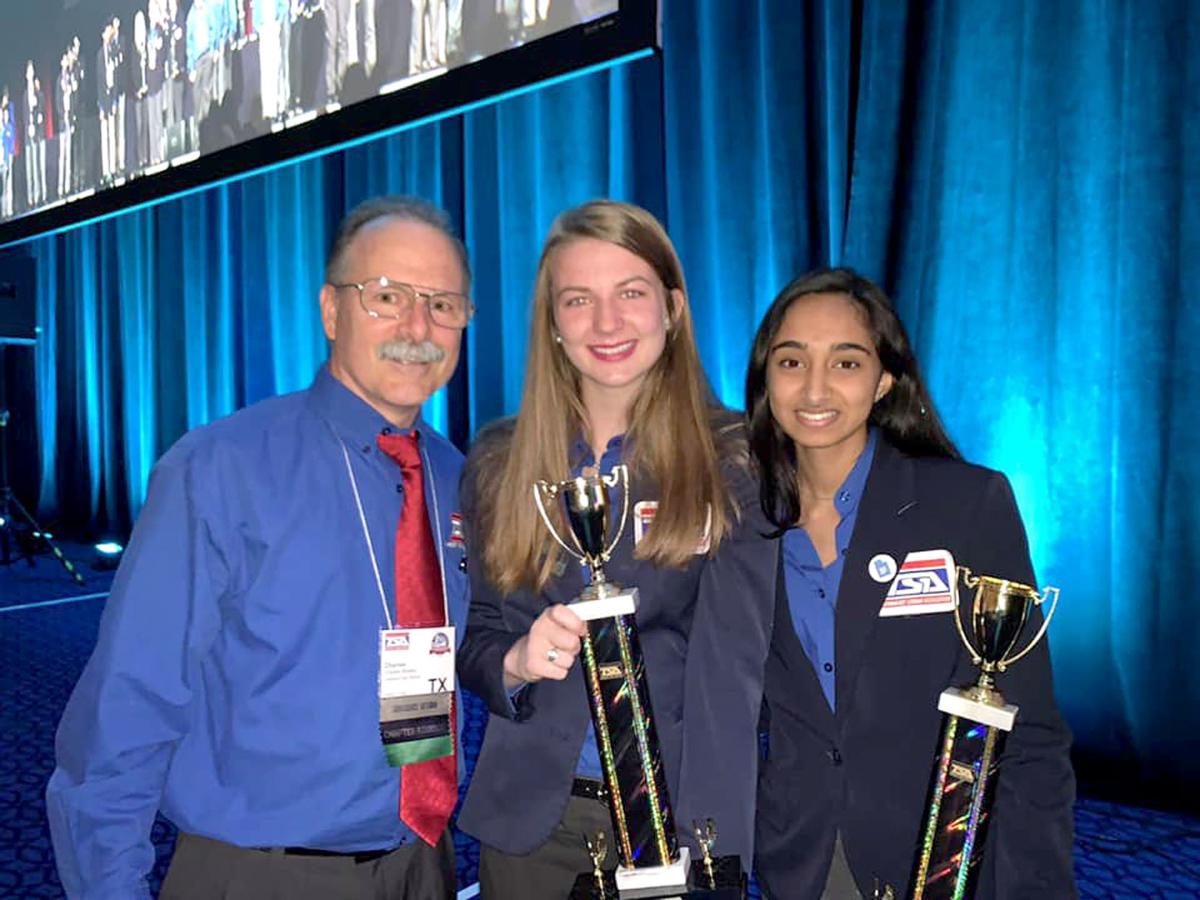 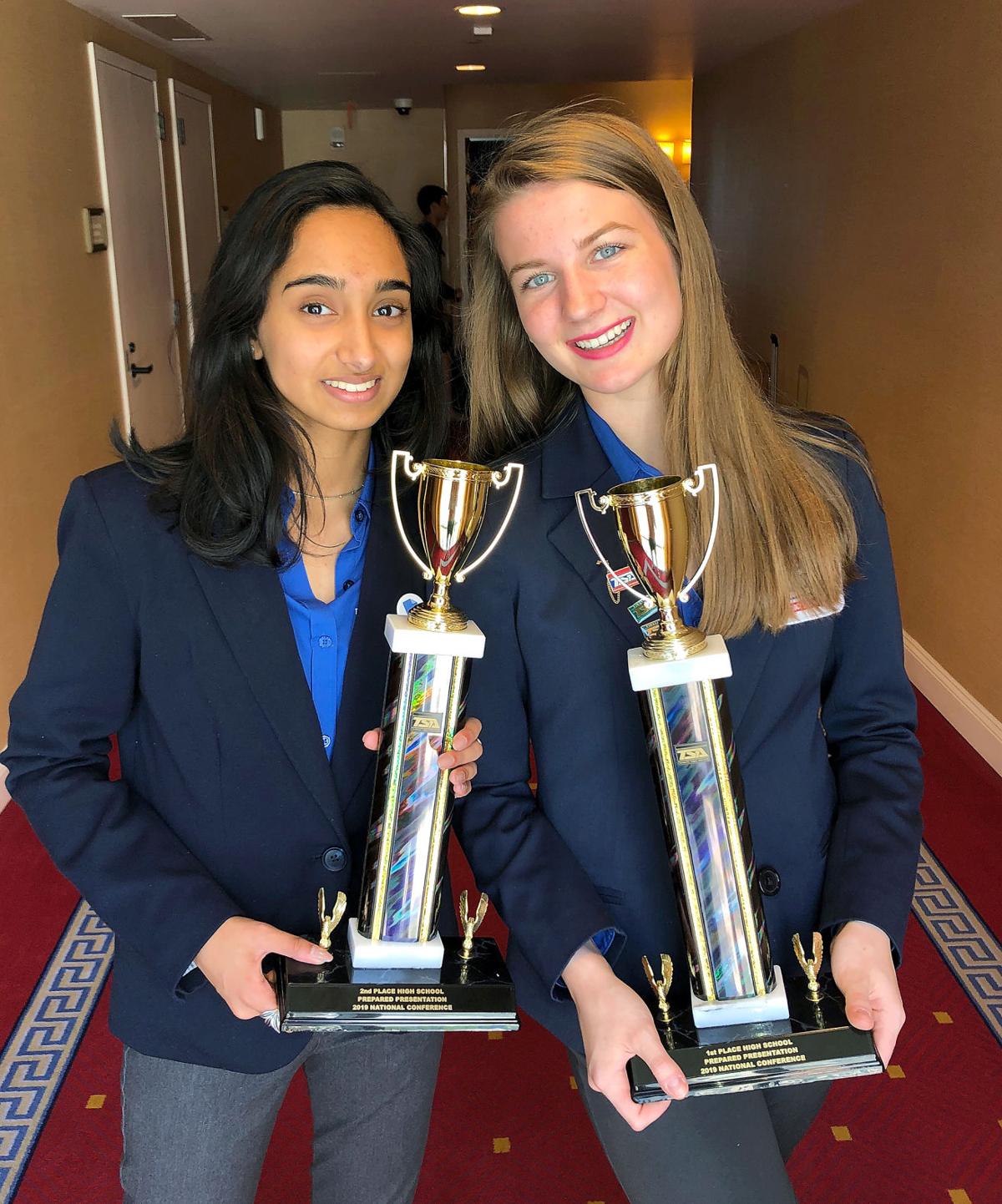 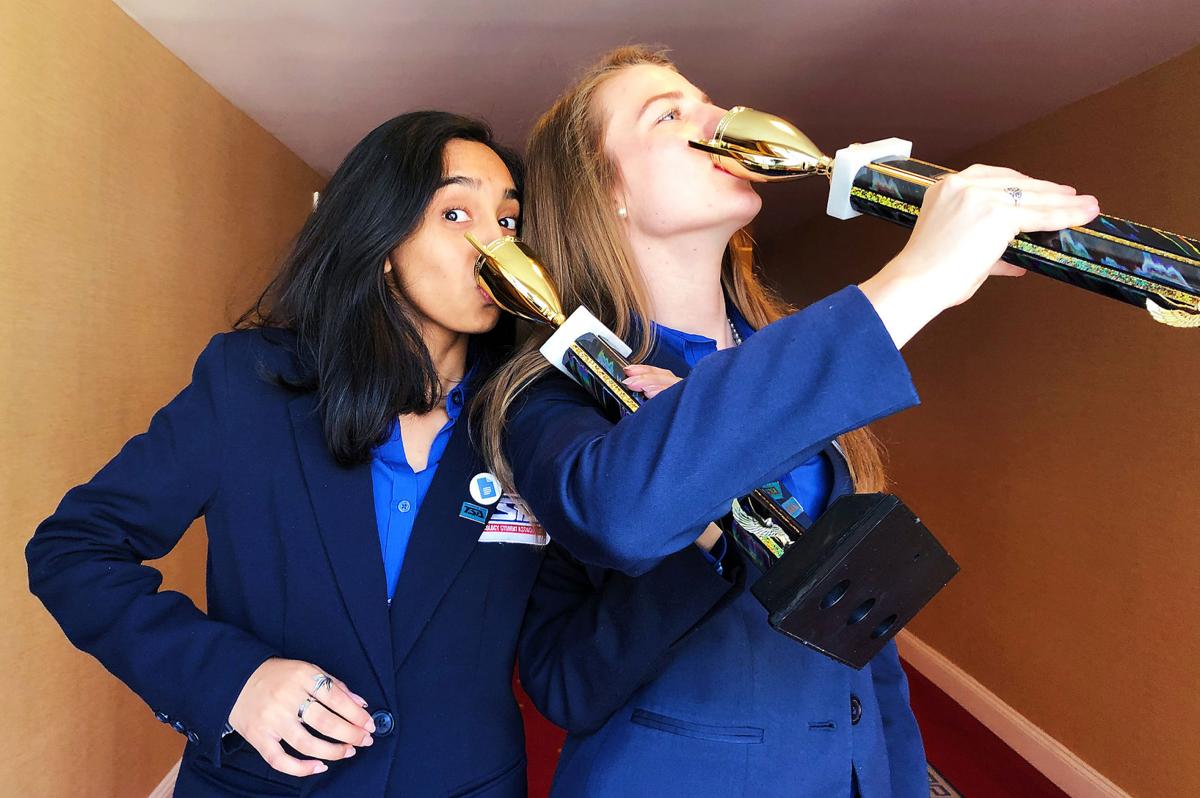 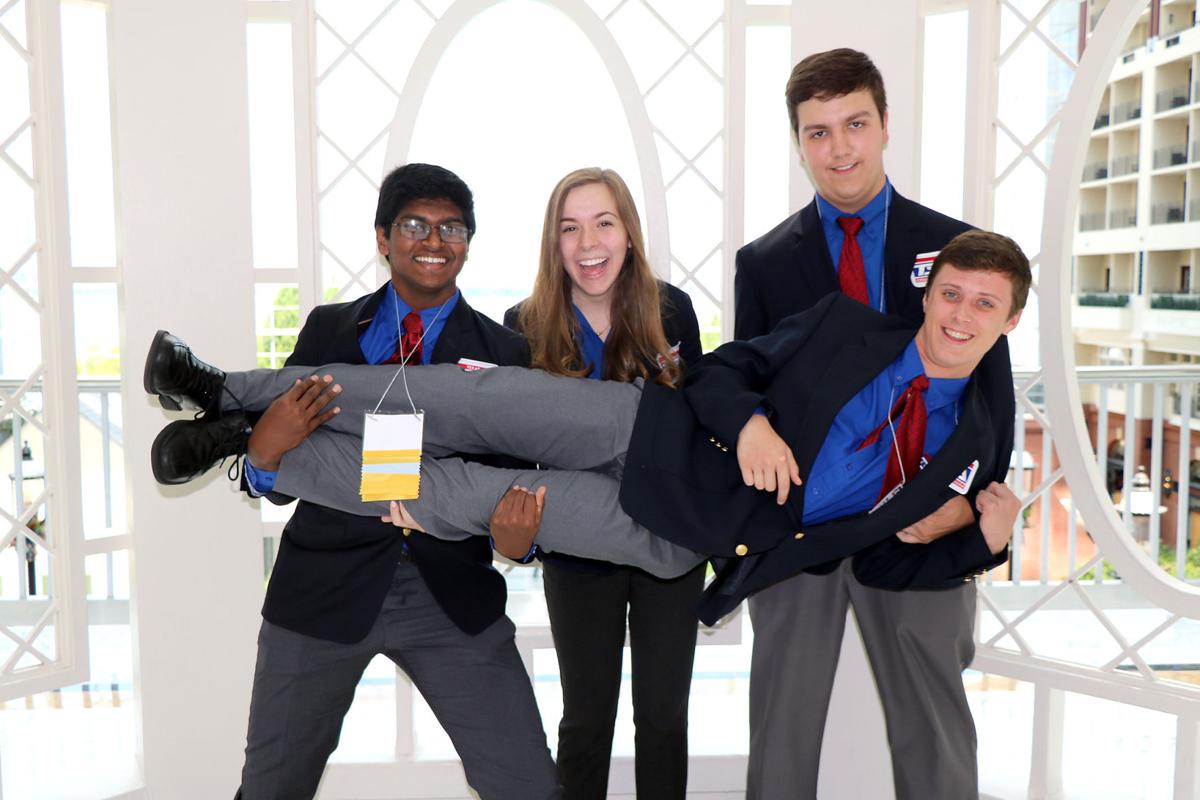 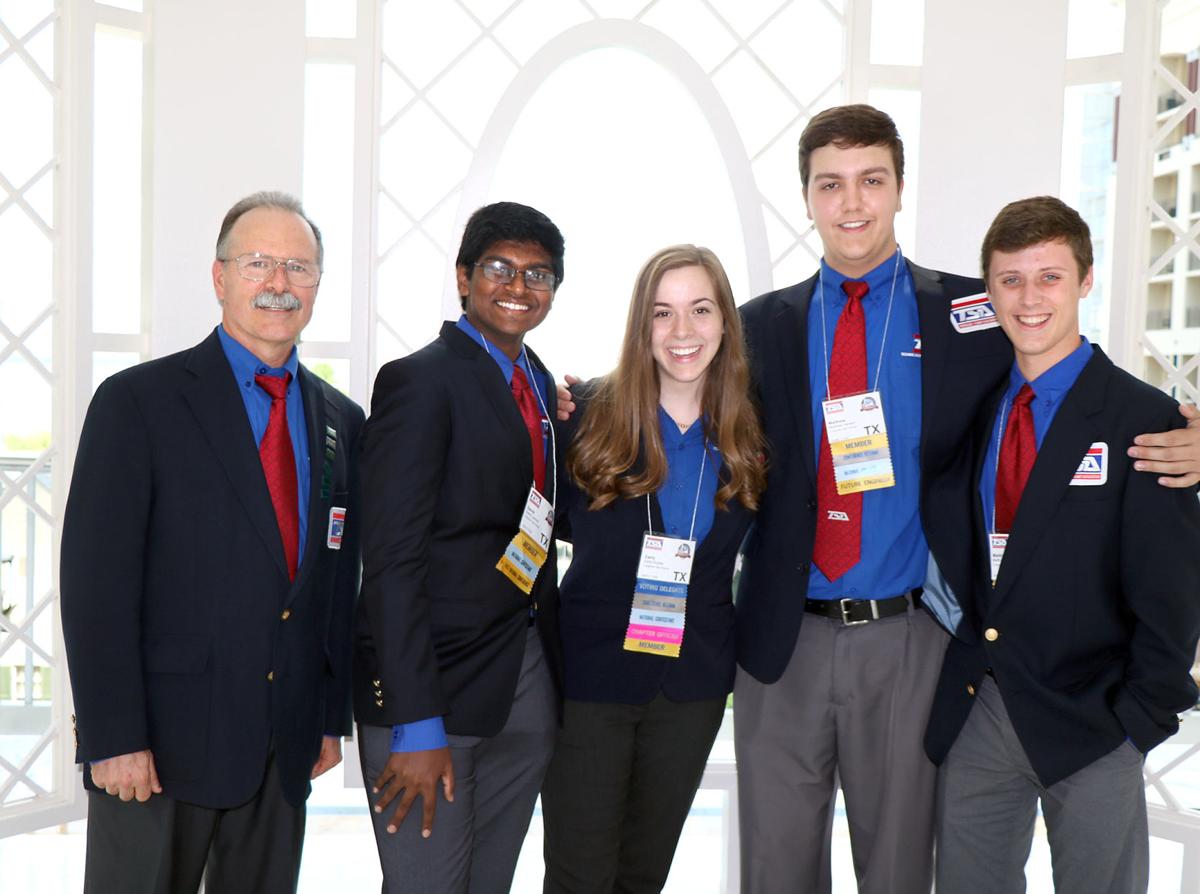 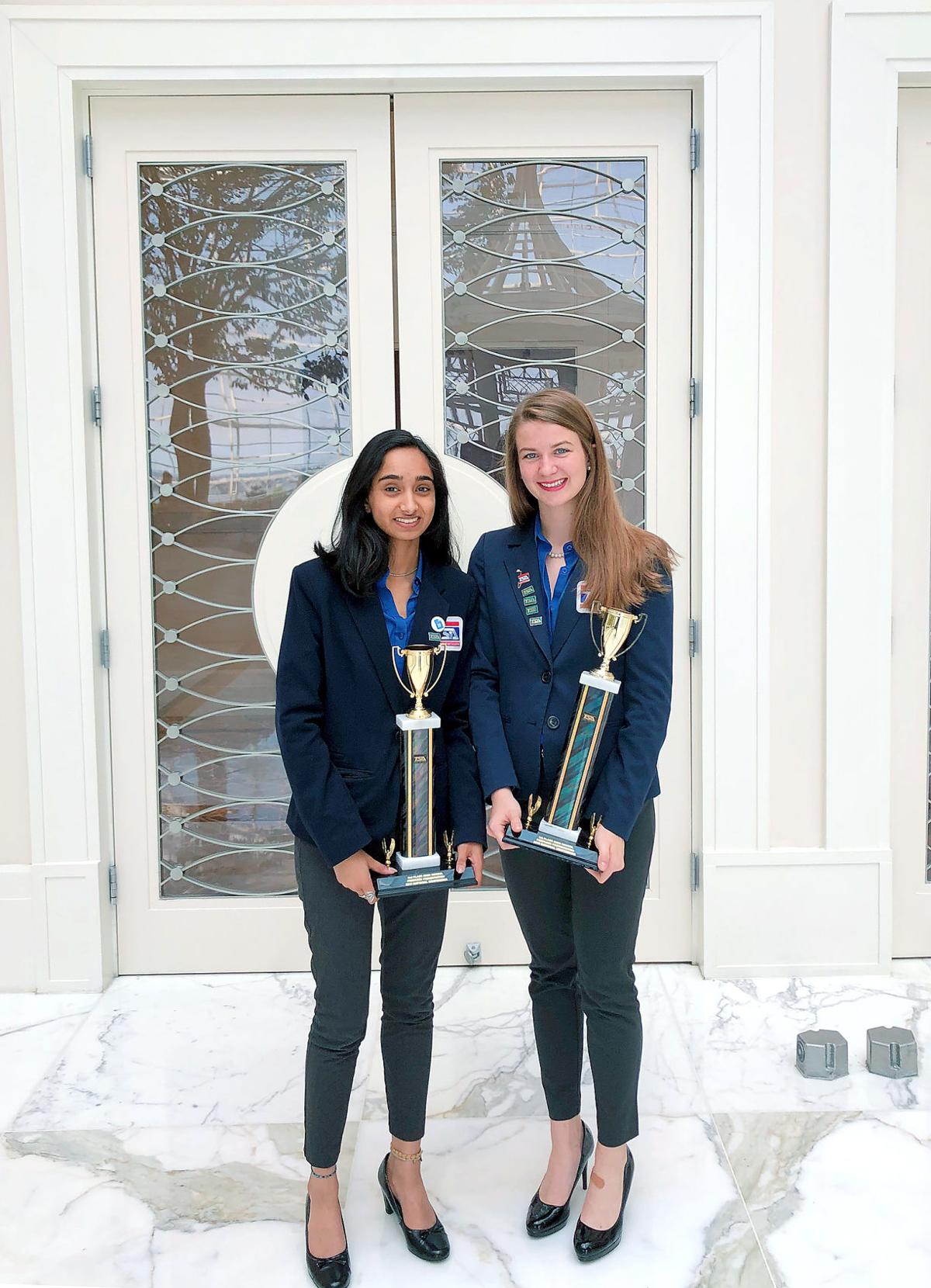 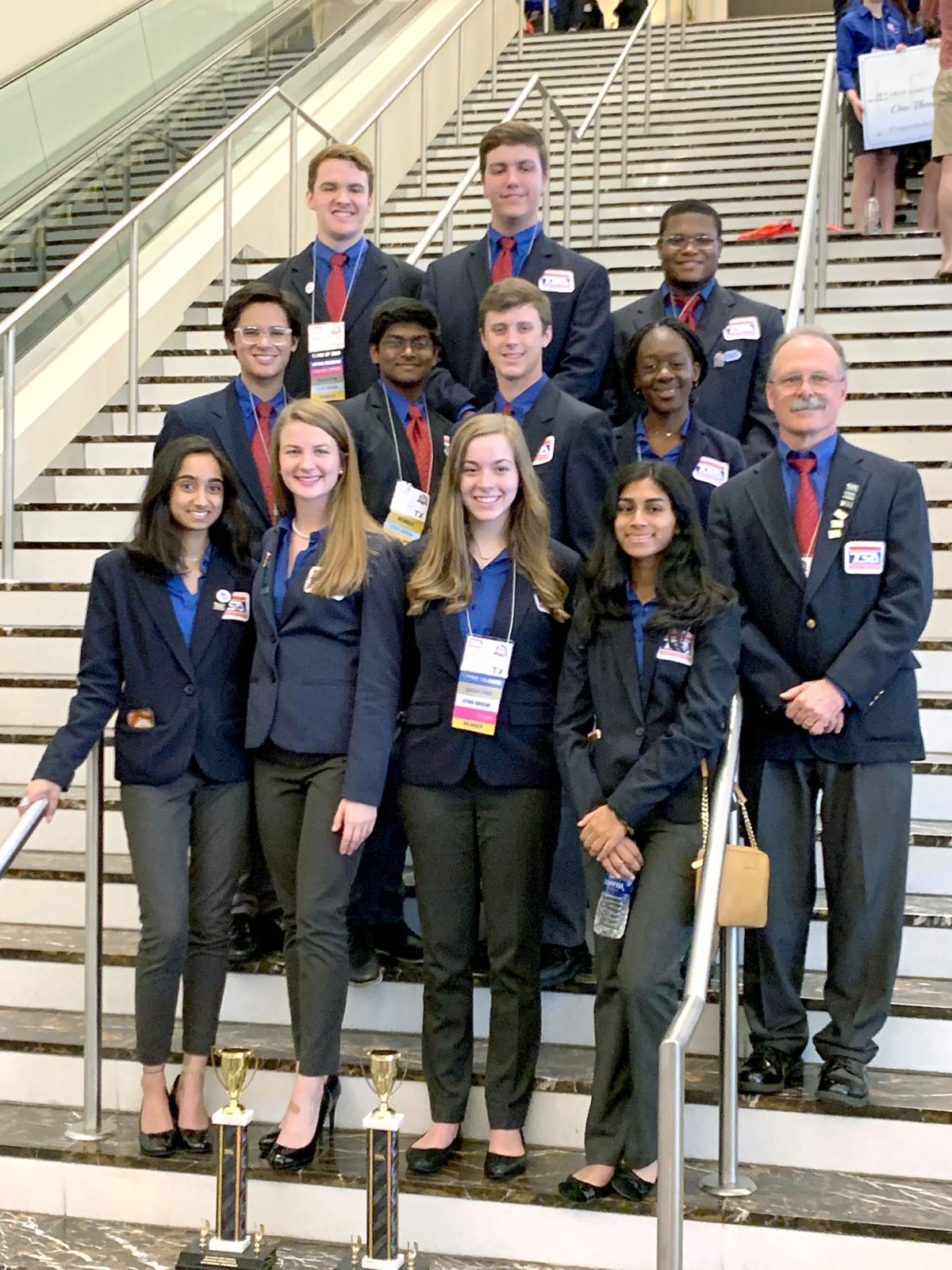 Fast forward through four years of work, dedication and practice, and the recent Longview High School graduate is a national champion.

“Ever since (freshman year), I realized I love this event and speaking. So ever since then, I’ve kind of been chasing after this one trophy,” said Schaap, who competed recently with other LHS students at the national event in Washington, D.C. “When finally they announced ‘Payton Schaap, 1st place,’ it all finally came full circle.”

Schaap’s trophy wasn’t the only for the Longview High team in the prepared presentation category: Hyndavi Jatavallabhula, 17, won second place.

Before the competition, Jatavallabhula said she made a bet with their adviser, Charles Mosley, that if she and Schaap won first and second in the event, he would have to shave his 30-year mustache.

Schaap’s and Jatavallabhula’s event, prepared presentation, gives students 24 hours after getting a topic to write a speech and create an electronic presentation.

The topic at nationals was “Dream It, Achieve It: What Does This Mean to You?”

For her presentation, Schaap used her cello to talk about the steps needed to achieve a dream or goal. She started by playing a couple of notes on her instrument, adding more throughout her speech and ending it by playing Bach’s “Cello Suite No. 1,” a goal of hers for 10 years.

“Finally being able to get this piece under my fingers, I had this realization I can achieve a dream no matter how long or challenging it may be,” she said. “I guess on another level, getting first place with this speech, something I’ve wanted since I began this competition, it really put a lot of faith in myself that I can do whatever I want to do.”

Jatavallabhula chose to speak about her experience as an immigrant, something she said she’s never spoken about publicly.

“I’ve always given speeches about my father and his struggle growing up and how hard of a worker he is, and I wanted to talk about my dreams instead of his dreams,” she said. “I talked about the American dream and how it isn’t really one person’s idea. It’s not concrete; it doesn’t belong to one person.”

In her presentation, Jatavallabhula said she wanted to address struggles of being an immigrant . She talked about not being allowed to vote and not being able to get a job she wanted at a baseball hitting academy because her parents’ visa does not allow her to work as a minor.

She used baseball as a theme in her speech, she said.

“I talked about the bases of my life — first base, second base,” she said. “America is kind of a home run for me; I enjoy everything this place has to offer, and to me, achieving that dream is just making progress toward that American dream.”

Jatavallabhula said she was concerned because her presentation so personal — the experience made her feel vulnerable.

Carly Snyder, 17, was part of Longview High’s digital video production team, which finished in the top 10.

The theme for the videos was “mockumentary,” and the group submitted a video about finding Bigfoot along with a portfolio and essay about the film technicalities. At the competition, the team also was evaluated in an interview about the film-making process.

“(Judges) go through the portfolios and videos, and they post the top 12. The top 12 are interviewed, and at the end of the competition, they post the top 10,” Snyder said. “Some of our members actually got poison ivy filming, so it was really rewarding.”

Snyder and Jatavallabhula, who are seniors this school year, have another year of TSA, and they said they want to keep improving at nationals and in other events.

But Schaap’s TSA journey is at an end. She said she is ready to go to Baylor University and work toward becoming a dentist of orthodontist.

“(Winning nationals) ended my TSA career with the legacy I wanted,” she said. “It was the one dream I’ve chased after this entire time.”