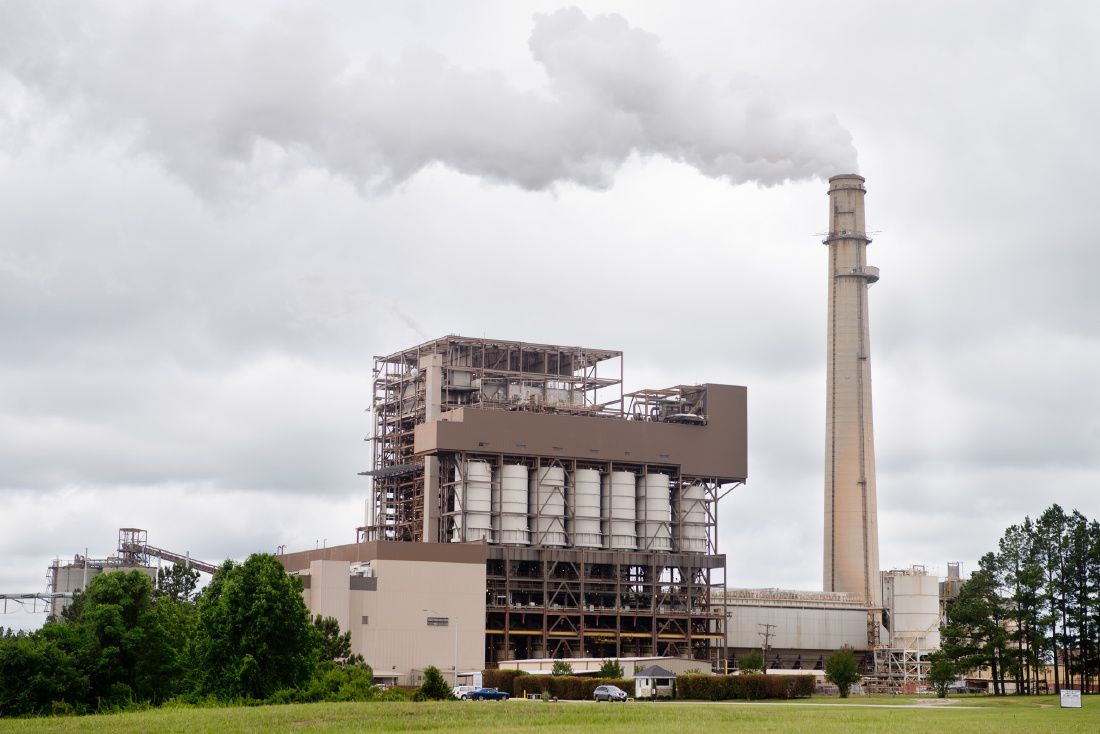 AEP Southwestern Electric Power Co has acknowledged groundwater is contaminated at its H.W. Pirkey Power Plant in Hallsville, according a report from the Environmental Integrity Project. 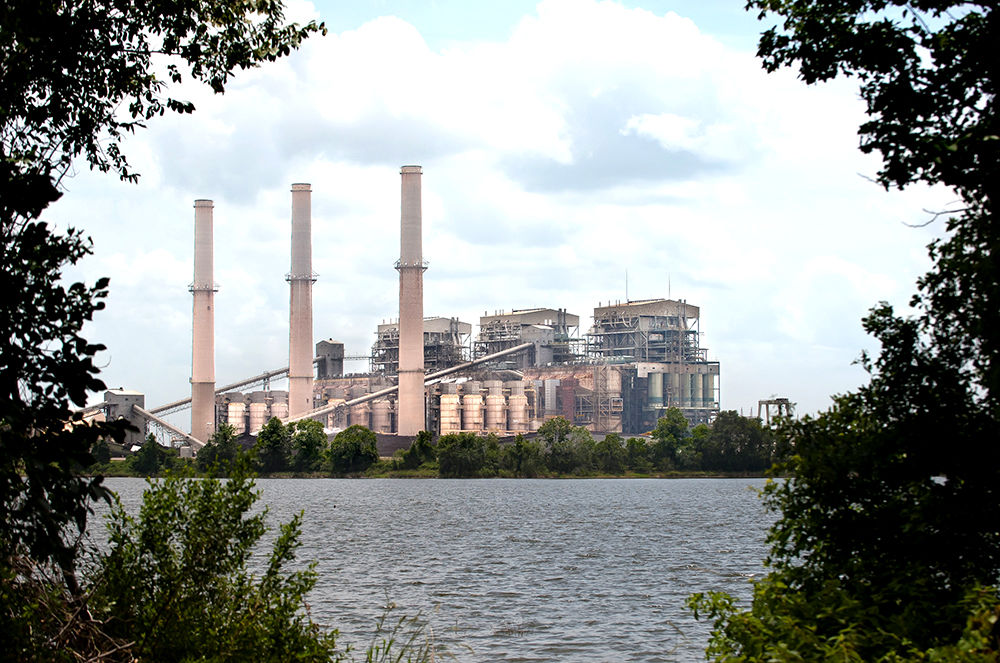 The groundwater beneath all three disposal areas at Luminant’s Martin Lake Steam Electric Station near Tatum is contaminated with unsafe levels of multiple coal ash pollutants, according to a report from the Washington-based Environmental Integrity Project.

AEP Southwestern Electric Power Co has acknowledged groundwater is contaminated at its H.W. Pirkey Power Plant in Hallsville, according a report from the Environmental Integrity Project.

The groundwater beneath all three disposal areas at Luminant’s Martin Lake Steam Electric Station near Tatum is contaminated with unsafe levels of multiple coal ash pollutants, according to a report from the Washington-based Environmental Integrity Project.

As the Trump administration considers weakening Obama-era safeguards for disposal of toxic coal waste, a new report shows groundwater near all of Texas’ 16 monitored coal-fired power plants is contaminated with pollutants — including known carcinogens — linked to so-called coal ash. That includes four plants in Northeast Texas.

The report from the Washington D.C.-based Environmental Integrity Project analyzed on-site groundwater monitoring data that power companies are required to report to the U.S. Environmental Protection Agency under an Obama-era regulation known as the “Coal Ash Rule.”

The project’s analysis found the groundwater around coal-fired plants across the state contain levels of pollutants such as arsenic, boron, cobalt or lithium that would make it unsafe for human consumption. It also found that almost none of the impoundments where plants dispose of spent coal are lined properly to prevent leakage — one of the requirements of the 2015 Coal Ash Rule.

“We found contamination everywhere we looked, poisoning groundwater aquifers and recreational fishing spots across the state,” said project attorney Abel Russ, an author of the report. “This confirms that dumping large volumes of toxic waste in poorly lined pits is a terrible idea.”

The Environmental Integrity Project is a nonprofit research and advocacy group founded by a former head of civil enforcement at the EPA and employs former EPA staffers.

Its report calls on the EPA or Texas Commission on Environmental Quality to impose stricter regulations for coal waste disposal.

Coal ash is produced when plants burn coal to produce electricity. One of the largest sources of industrial waste in the United States, it contains contaminants such as mercury, cadmium and arsenic, according to the EPA.

“Without proper management, these contaminants can pollute waterways, ground water, drinking water and the air,” according to its website, which also touts economic benefits of reuse.

Tammy Ridout, a spokeswoman for AEP Southwestern Electric Power Co., said in an email the report alleges impacts on groundwater based on initial data that is incomplete.

“One or more samples showing a higher concentration of a substance, even above a standard, does not mean that local drinking water is unsafe or that there is any impact from the ash storage site,” she wrote in response to questions. “AEP is conducting the additional groundwater monitoring and analysis that is required by the CCR (coal ash) rule to determine if there is an impact on groundwater at the site.”

None of the other companies whose plants were included in the report immediately responded to request for comment.

However, SWEPCO has acknowledged groundwater is contaminated at its H.W. Pirkey Power Plant in Hallsville, according to the project’s report.

The plant, on the shore of Brandy Branch Reservoir, has several regulated coal ash units at the site, including east and west bottom ash ponds, a landfill and a “stackout pad” used to store fly ash and scrubber sludge before that material is moved to a landfill, according to the report. The bottom ash ponds are unlined.

All four units at the plant are in assessment monitoring, according to the report.

The groundwater beneath each of the four monitored coal ash units has unsafe levels of multiple pollutants, including cobalt, lithium, arsenic, beryllium, boron, cadmium, mercury, radium and sulfate, the report states.

The groundwater beneath all three disposal areas at Luminant’s Martin Lake Steam Electric Station near Tatum is contaminated with unsafe levels of multiple coal ash pollutants, according to the EIP report.

Luminant monitors the groundwater around three coal ash disposal areas: a landfill, a set of three ash ponds and a stormwater pond. Even though the stormwater pond has a clay liner, the report says a recent federal court decision ruled the pond should be considered unlined. The other ponds also are unlined.

The eastern side of the ash pond area on the shore of Martin Lake has “exceptionally high” levels of pollutants, including boron, cobalt and manganese with concentrations “that are frequently 10 or 20 times greater than health-based thresholds,” the report states.

All of the wells at Luminant’s Monticello Steam Electric Station in Mount Pleasant show unsafe levels of multiple pollutants, according to the EIP report.

The plant was retired in January 2018.

Luminant monitors the groundwater around a single coal ash unit consisting of three adjacent coal ash ponds, according to the report. These ponds are lined with clay, which were ruled as ineffective, according to a federal court.

The site also has three closed coal ash units, and while Luminant does not believe these areas are subject to the Coal Ash Rule, they still might contain ash and may present an “ongoing threat to groundwater quality,” according to the report.

“The Monticello ash ponds are in contact with groundwater, which greatly facilitates the leaching of pollutants,” the report states. “The groundwater beneath the ash ponds migrates into Lake Monticello, a recreational fishing lake.”

The report also says the groundwater at Monticello is unsafe to drink as all of the on-site wells have “unsafe levels of boron and sulfate, and one or more wells also have unsafe levels of arsenic, beryllium, cadmium, cobalt, and/or lithium.”

The groundwater at the J. Robert Welsh Power Plant in Titus County, owned and operated by SWEPCO, is contaminated with unsafe levels of multiple coal ash pollutants, according to the project’s report.

The level of cobalt found in the groundwater reached more than 600 micrograms per liter — more than 100 times higher than safe levels, according to the report.

‘Flaws in the rule’

Despite data that indicates widespread groundwater contamination, Russ, the Environmental Integrity Project attorney, said it’s too soon to know which plants have started shuttering their coal ash pits or cleaning them up, because the process laid out in the federal coal ash rule is not complete. That process requires companies to conduct additional testing if elevated levels of a pollutant are found before the EPA would take enforcement action.

“There’s a compliance schedule rolling out,” he said. At this point, it’s generally known which plants are conducting further testing, he said, but “we don’t yet know which ones have found ‘statistically significant levels’ above groundwater protection standards.

“That’s just one of the many flaws in the federal rule,” he said, adding the project assumes that “most of these disposal units will eventually trigger corrective action.”

The EPA did not immediately respond to a request for comment; a banner at the top of the agency’s website last week noted that online information was not being updated because of the continuing federal government shutdown.

Despite its risks and potential health impacts, the only real effort to regulate coal ash came with the 2015 Obama rule.

The report notes that a 2008 coal ash spill in Tennessee that destroyed more than two dozen homes and killed or sickened “scores of cleanup workers” brought attention to the issue. EIP and other environmental groups sued the EPA after that disaster in hopes of spurring regulatory action.

Propping up the beleaguered coal industry was one of President Donald Trump’s most reiterated campaign promises, and the Trump administration is now looking at unwinding the coal ash rule after industry groups petitioned the EPA in May. After EPA Administrator Scott Pruitt resigned in July, the president appointed former coal industry lobbyist Andrew Wheeler to head the agency. His confirmation hearing was held this week.

The report noted that the TCEQ had devised its own plan to comply with federal regulations, but said “it would not adequately protect human health.”

TCEQ spokeswoman Andrea Morrow declined to comment on the report specifically, noting that EIP did not alert the agency to the report before its release. She said in a written statement that “if a release occurs, then the remedial actions are conducted in accordance with” state law, specifically what’s known as the Texas Risk Reduction Program.

“A rule to create a program for the management of coal ash in Texas is in development,” she said. “The TCEQ continues the process of revising the draft rule due to changes to the federal coal ash rule.”