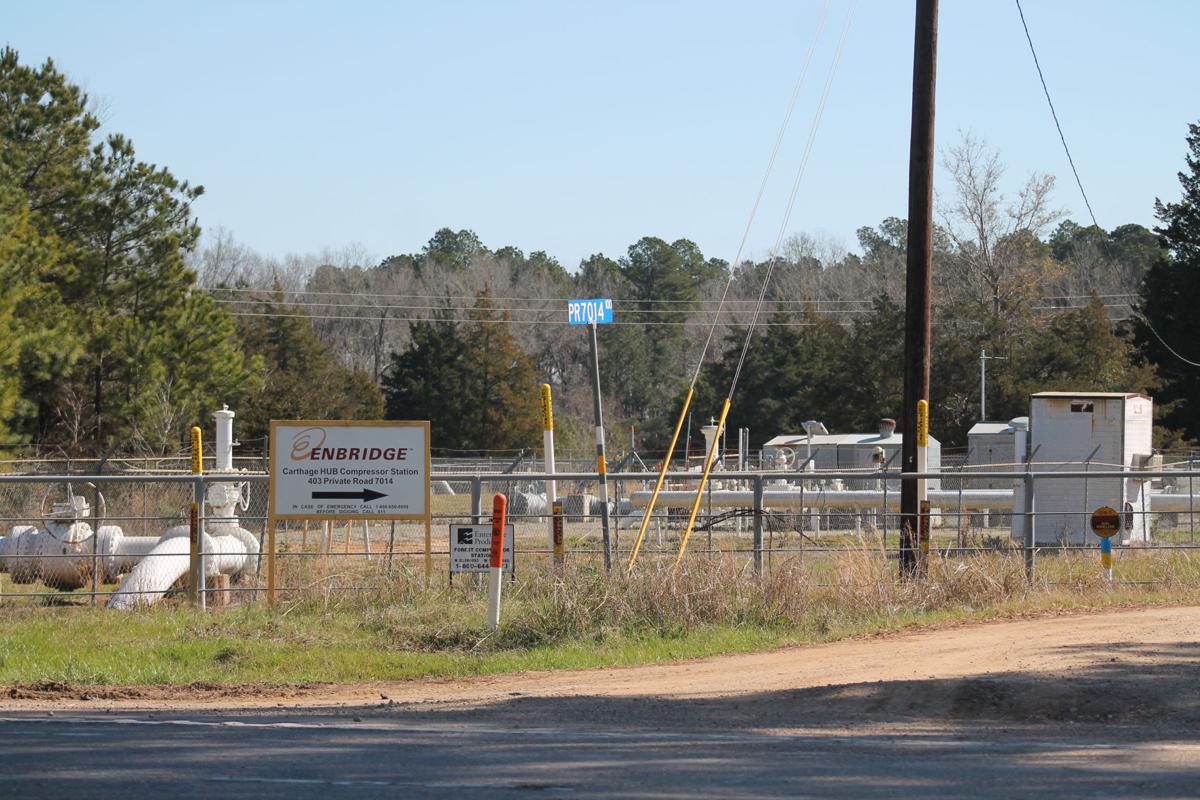 A sign points to Enbridge Pipeline’s compressor station on U.S. 79 east of Carthage. Enbridge was among the top five polluters in East Texas cited in an analysis by Environment Texas. 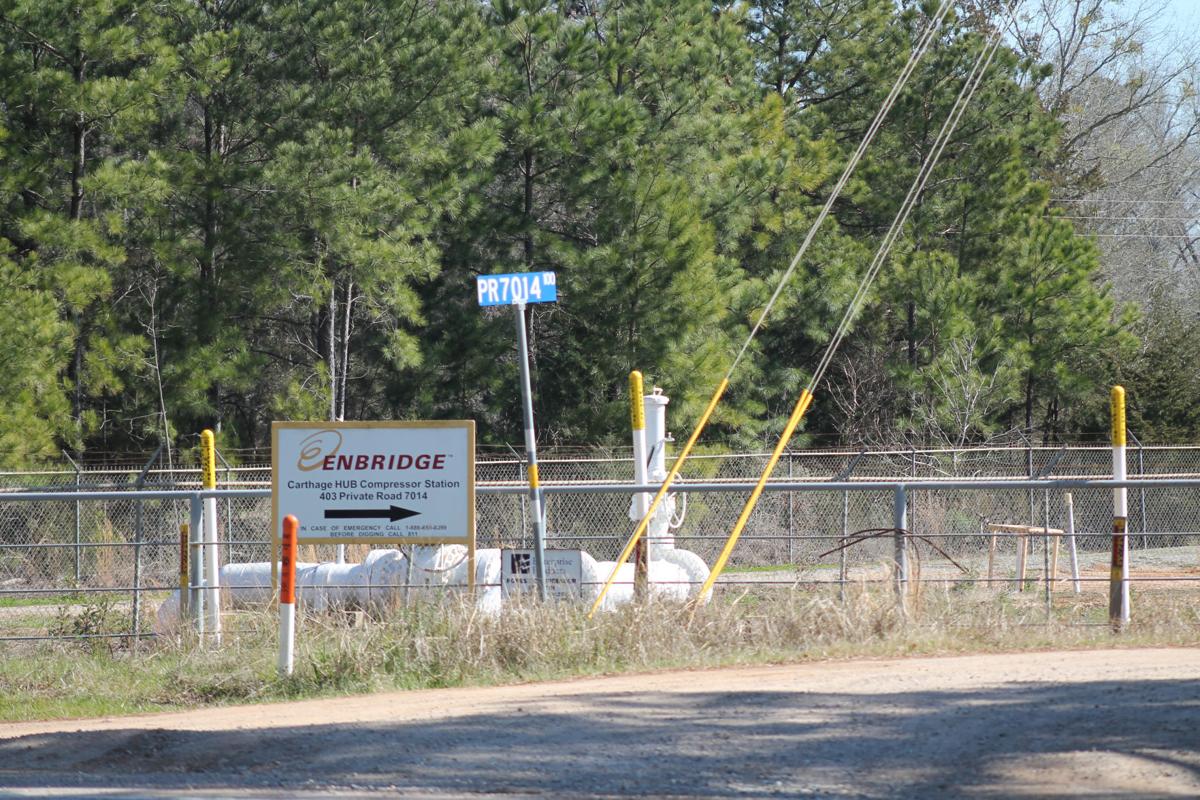 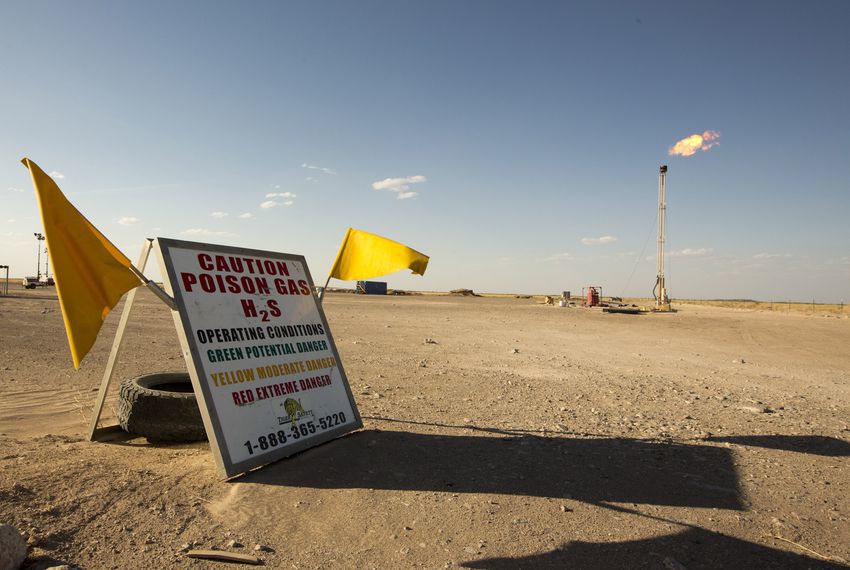 A sign points to Enbridge Pipeline’s compressor station on U.S. 79 east of Carthage. Enbridge was among the top five polluters in East Texas cited in an analysis by Environment Texas.

Texas industrial facilities continued to spew tens of millions of pounds of unauthorized air pollution in 2017 as a result of equipment malfunctions and other incidents companies claimed were unavoidable, according to a new analysis by the research arm of Environment Texas.

That included hundreds of thousands of pounds from facilities across East Texas, according to the report, which relied on state data obtained by the Environmental Integrity Project.

That’s a 27-percent jump from 2016 — an increase attributed in part to an unprecedented oil boom in West Texas, where operators are burning off historic amounts of natural gas, and to pollution emitted by Houston-area facilities that shut down during Hurricane Harvey’s epic flooding.

All told, the report showed, those five released 536,939 pounds of pollution without authorization.

Environmental and watchdog groups have long argued the sheer number of such events every year — and the high number of repeat offenders — indicates many companies are not trying to tamp down excess air pollution. Those groups say that even when facilities are faced with a legitimate emergency, like a hurricane, they could employ more modern equipment or better operating practices to cut down on the pollution released during startups and shutdowns.

The Texas Commission on Environmental Quality, the state’s environmental regulatory agency, rarely finds companies at fault and even more rarely hands down penalties, the Tribune’s investigation found. When it does, environmental and watchdog groups say the penalties are far below what the law allows and aren’t close to being in proportion to the companies’ profits and the potential public health impacts of the unauthorized emissions.

Environment Texas’ analysis, released Thursday, found TCEQ “could issue fines as high as $2.3 billion for 2017 violations” but “levied a total of $1.2 million in fines in 2017 or 2 cents per pound of pollution.”

“Air pollution is making people sick, especially children, senior citizens and people with respiratory problems,” Environment Texas chief Luke Metzger said in a prepared statement. “The data show that polluters routinely violate the law, but TCEQ too often lets them off the hook. We need to crack down on illegal pollution and make our air safe to breathe.”

TCEQ spokesperson Andrea Morrow said in an email the agency “does not comment on the reports of other groups. However, we vigorously defend our enforcement process.”

The environment group’s report went on to recommend that Texas lawmakers eliminate the affirmative defense provision critics say allows the industry to abuse the regulatory system. A news release noted that “the Environmental Protection Agency directed TCEQ to eliminate the loophole, but TCEQ refused, and the issue is now in the courts.”

While upsets make up a small fraction of what industrial sites are permitted to emit, they add up to a significant amount of excess air pollution each year. Scientists and public health experts — who also argue that permit limits are too high — say the excess toxic and smog-forming pollutants exacerbate nagging air-quality problems in the state’s major urban areas, spurring increased rates of asthma and cancer, as well as contributing to climate change.

Environment Texas’ analysis found the Midland region was home to the largest number of upsets in 2017, making up more than half of all unauthorized pollution released. The Greater Houston area, home to the nation’s largest refining and petrochemical complex, came in second.

— The Texas Tribune contributed to this report.

Here's a look at the top five polluters in East Texas, ranked by unauthorized releases of air pollution, according to a new analysis of state data by Environment Texas: