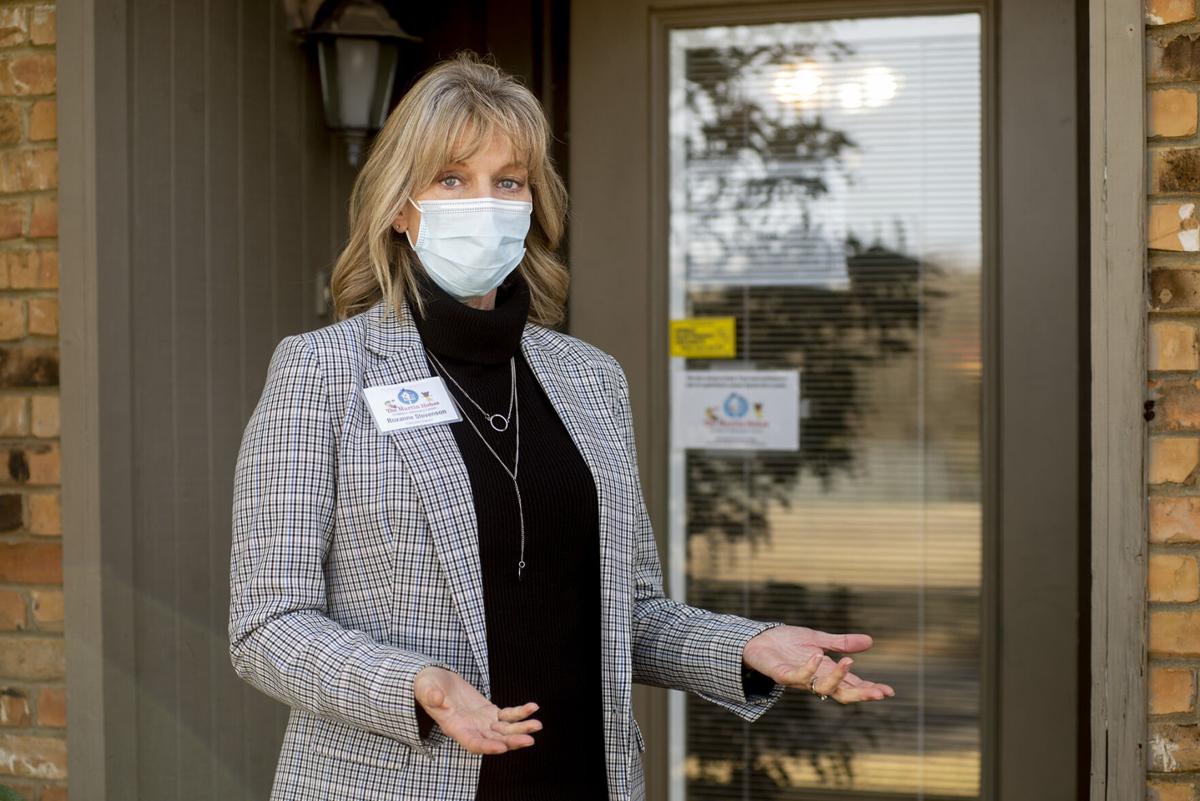 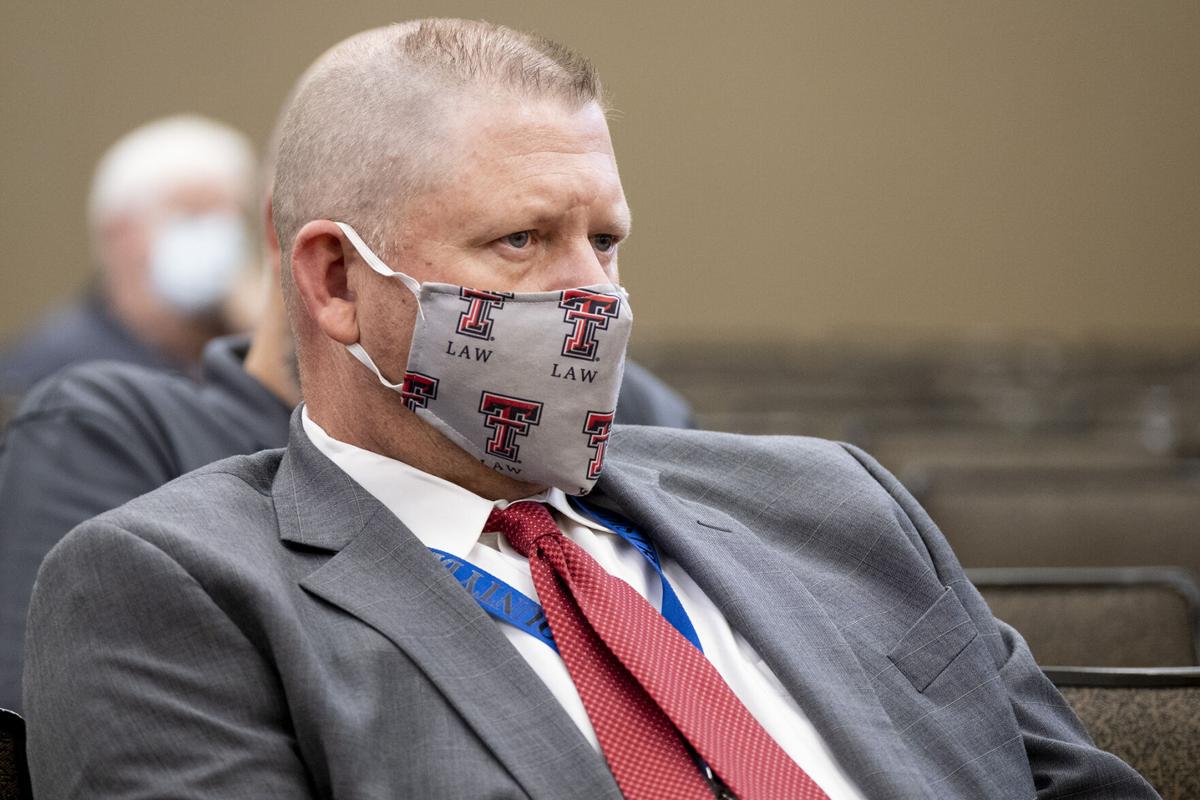 More reports of sexual assault against a child have been made in the past five years in Longview than reports of cases involving adults — a sobering fact that underscores the need for April’s Sexual Assault Awareness Month and campaigns like it.

Since 2016, 212 sexual assaults of children have been reported to Longview police compared with 186 cases involving adults.

Roxanne Stevenson, executive director of The Martin House Children’s Advocacy Center, believes that prevention is key to addressing the issue.

The center is a nonprofit organization in Longview dedicated to helping children who are reported victims of sexual or physical abuse or witnesses to violent crimes.

“Prevention is a much better solution to this problem than trying to help children recover from abuse,” Stevenson said. “I think we all as adults have to do a better job of protecting children in our community. And education is key.”

Education and appropriate sexual health education could help, she said.

“Educating children about private parts and respecting boundaries and understanding that somebody touching their private part is not OK,” Stevenson said. “When abuse is going on in the home, a lot of times, children think that’s a normal part of every child’s life. They don’t understand it’s inappropriate and that it’s wrong. And so just teaching children what is appropriate ... would go a long way in reducing victims or reducing the number of times a child is victimized.”

Stevenson said society will likely not stem the tide of child abuse unless proper education is offered in schools regarding this topic.

“Comprehensive sex education, I wouldn’t even call it that, just body safety,” she said. “That’s kind of why we have difficulty getting that message into schools is because they don’t want to be seen as providing ‘sex education’ in schools. We try to explain to administrators and to parents it’s not sex education, it is body safety. It is learning the difference between a good secret and a bad secret. It’s learning what’s appropriate touch versus uncomfortable touch. It’s learning that we all have this innate ability to kind of understand when things don’t feel right.”

Stevenson said children are often taught to ignore certain feelings and are too often not believed when they speak up.

More than 360 of the forensic interviews and 22 sexual assault exams were in Gregg County.

Stevenson said she expects those numbers to increase because of COVID-19 fallout.

She said the school closings in 2020 had far-reaching effects and is leading to an increase in reports to the center, mainly because teachers and other school officials weren’t around to report the cases.

According to the National Sexual Violence Resource Center, child sexual abuse is not always obvious, and the majority of cases are never reported.

Children are most often sexually abused by people they know and trust, including family members. Perpetrators can be in positions of authority and highly regarded by their community. Abusers can also use force or manipulation to prevent a child from reporting as well.

These factors can create barriers to come forward.

“Girls are abused three times more often than boys, whereas boys are more likely to die or be seriously injured by their abuse,” according to studies from the National Sexual Violence Resource Center. “Based on law enforcement reports, 96% of people who sexually abuse children are male.”

Teens ages 14 to 17 are the most likely to be abused, according to the center.

According to the Texas Crime Report for 2019, Longview police received 62 rape reports for adults and children. The 2020 crime report has not been released.

“It all has to start with somebody making a report, and in some ways that’s kind of the scariest part about it is because we know how many more children are suffering from abuse and it’s going unreported,” Stevenson said.

Most commonly, family members, guardians, teachers, coaches or neighbors are the ones to report a suspicion.

The first service a child receives from The Martin House is a forensic interview.

“That’s where the child would come here and they would talk with one of our specially trained interviewers and that would be the very first step of the investigation,” Stevenson said. “It’s designed to be one place where a child can talk to one adult in a safe, comforting atmosphere.”

The investigators watch the interview on a closed-circuit television in the next room. The investigation goes on from there with law enforcement.

“What we do is then turn our focus to the children,” Stevenson said. “Our focus is on restoring that child, providing healing services for the child and helping the family in any way we can while the investigators and the prosecutors focus on the case.”

The Martin House sets the child up with therapy, referrals for medical exams if needed and helps the family with resources.

“What we can’t provide in-house, we have connections in the community to other nonprofits that can,” Stevenson said.

Forensic interviews can be difficult. Sometimes a child has been coached by a parent or caregiver. In other cases, a child is being abused by someone he or she knows, loves and trusts. It can be made worse if the child is living with an abuser, Stevenson said.

She said that most of her caseload involves sexual abuse of children.

“I work with this all day,” she said. “I think it’s one of those things that people don’t want to think about.”

“I believe that if someone believes there is something happening with a child, they should report it,” Stiles said. “They should not question or drill the child. The biggest mistake is that so many people want to confront the child, then the child sees their emotions. That can be traumatizing.”

A child seeing the reaction from a parent or another adult when disclosing abuse can be devastating to him or her.

“We would never want to confront a suspect in front of a child,” Stiles said. “We never want the child to feel like they are being blamed for what has happened.”

Often, the reports come in to patrol officers first, and detectives then become involved.

Most of the information from the child is gathered through a forensic interview at The Martin House.

“After the interview, we can speak to the guardians,” Stiles said. “Then we gather additional evidence.”

In the first five days following an assault, a sexual assault nurse examination — or SANE — can be conducted. For a SANE, the patient is evaluated with a thorough examination. A nurse will take swabs for DNA and forensic photographs.

Stiles said the Longview Police Department ends up referring many cases to the district attorney’s office.

Every report is taken seriously, she added.

“What stops us is when we don’t have enough evidence,” Stiles said. “Maybe the child’s statements have discrepancies, maybe it gets reported to us and then the child never makes an outcry when interviewed.”

“Normally, it is someone the child knows,” she said.

Hallsville police investigator Davis Burrows said the interviewers and The Martin House are “the biggest heroes in this.”

“They don’t get nearly enough recognition that they should,” Burrows said. “These guys are the true frontline and without them, we couldn’t do what we do.”

He said he worked in Gladewater for 15 years before going to Hallsville, seeing firsthand how prevalent sexual assault is in East Texas.

“Nobody’s immune to it,” Burrows said. “I’m dealing with the same types of cases. You just never know what kind of perpetrator you could be dealing with. It could be anybody.”

Of all 438 sexual assaults reported to Longview police in the past five years, 140 cases have gone to the Gregg County District Attorney’s Office.

District Attorney Tom Watson said his goal is to take as many as he can to trial.

“When we begin working the case and preparing, most of those cases, they tend to go to trial because, number one, my office is gonna be tough,” he said. “We’re not gonna give them an easy way out, or a soft plea deal on those kind of cases, but typically you know those cases just go to trial because the defendant didn’t want to plead guilty.”

Watson said a plea may be necessary in some case based on evidence or the age of the victim.

“I mean, you’re basically making them go through all of this again,” Watson said. “It’s bringing up bad memories and it can be retraumatizing to the child.”

The DA’s office has several attorneys who specialize in these types of cases. Though the pandemic has led to an increase in interviews at The Martin House, the influx has not yet reached Watson’s office.

Watson asks that the public familiarize themselves with the signs, symptoms and clues that a child could be a victim of abuse.

“I think it’s all of our jobs,” Watson said. “They’re difficult and we hate to see those cases coming in, but we’re gonna do everything in our ability to protect children and to seek justice in those cases.”

Changes in school performance or attendance

Lack of personal care in hygiene

Today, 175 Texas children will be victims of abuse.

1 in 10 children will be sexually abused before their 18th birthday. With 7.4 million children residing in Texas, this would equal 740,000 child victims of abuse.

Children who have experienced trauma are more likely to engage in early initiation of smoking, sexual activity, illicit drug use, and suicide.

According to the National Institute of Justice, abused and neglected children are:

59% more likely to be arrested for juvenile crime.

28% more likely to be arrested as an adult.

The National Center for Mental Health and Juvenile Justice estimates 93% of youth in detention reported exposure to previous “adverse” events, including physical and sexual abuse.

Where to get help