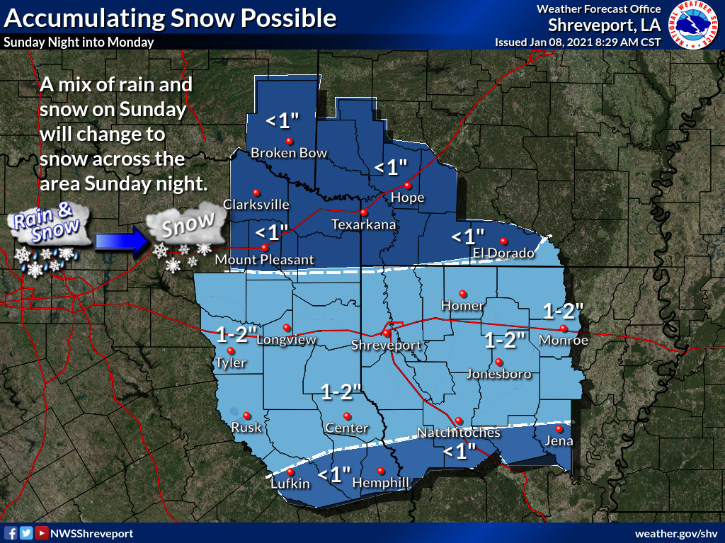 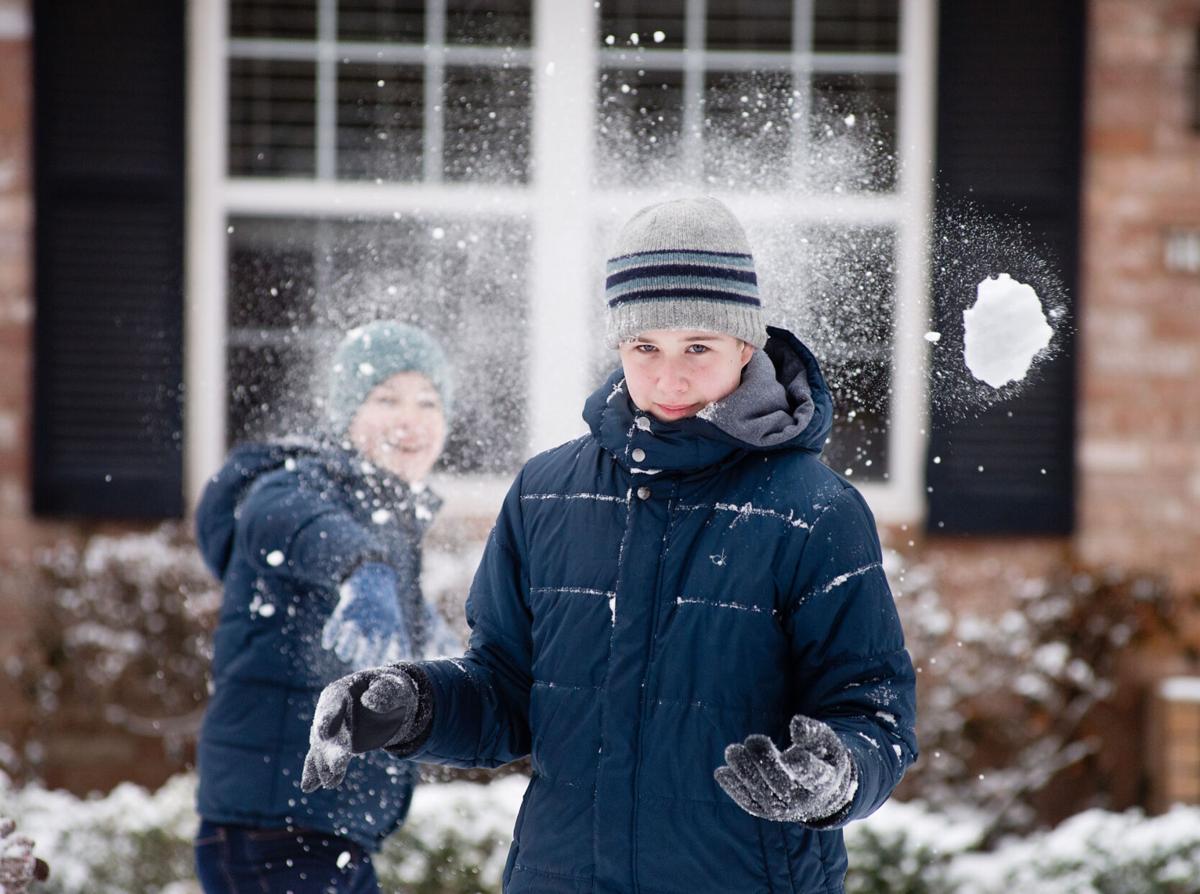 Dashiell Sharpe, 11, throws a snow ball at Morley Sharpe, 12, while spending their morning playing in the snow in front of their Akin Drive home on Tuesday January 16, 2018. (Michael Cavazos/News-Journal Photo) 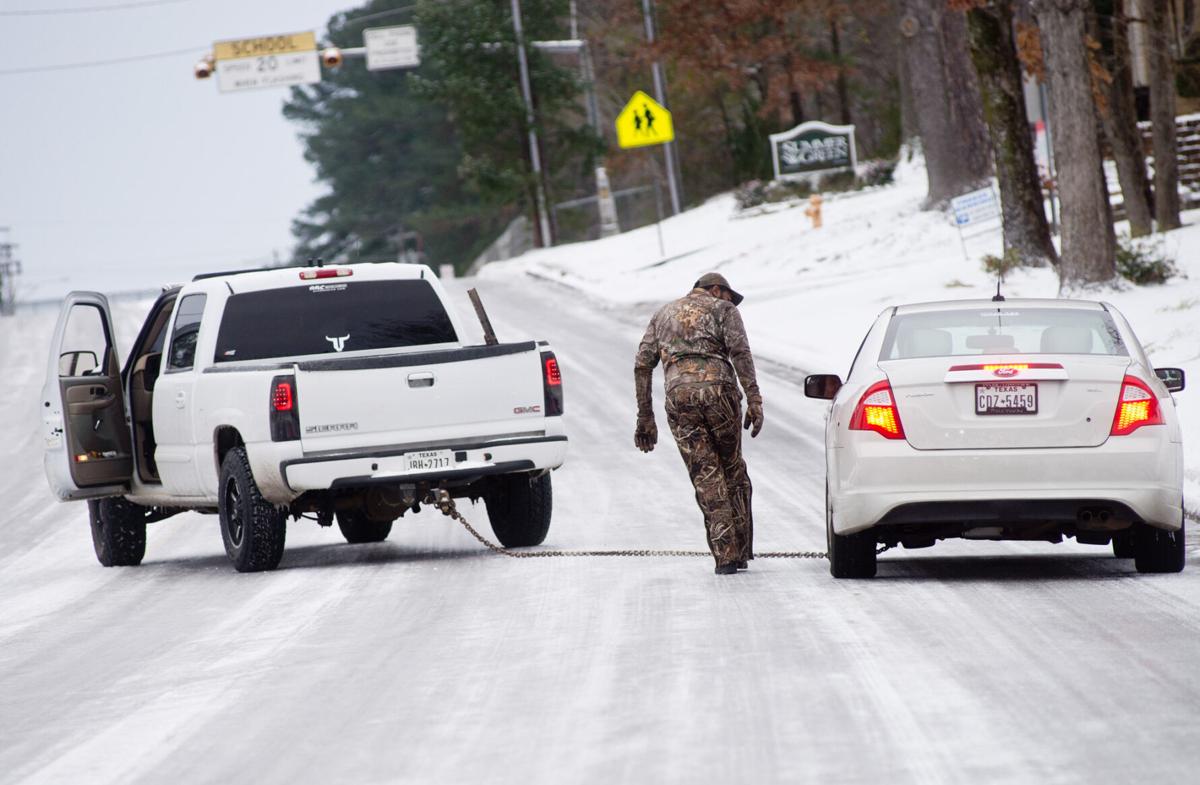 A man hooks a chain to a stranded vehicle on an icy Hawkins Parkway on Tuesday January 16, 2018. (Michael Cavazos/News-Journal Photo) 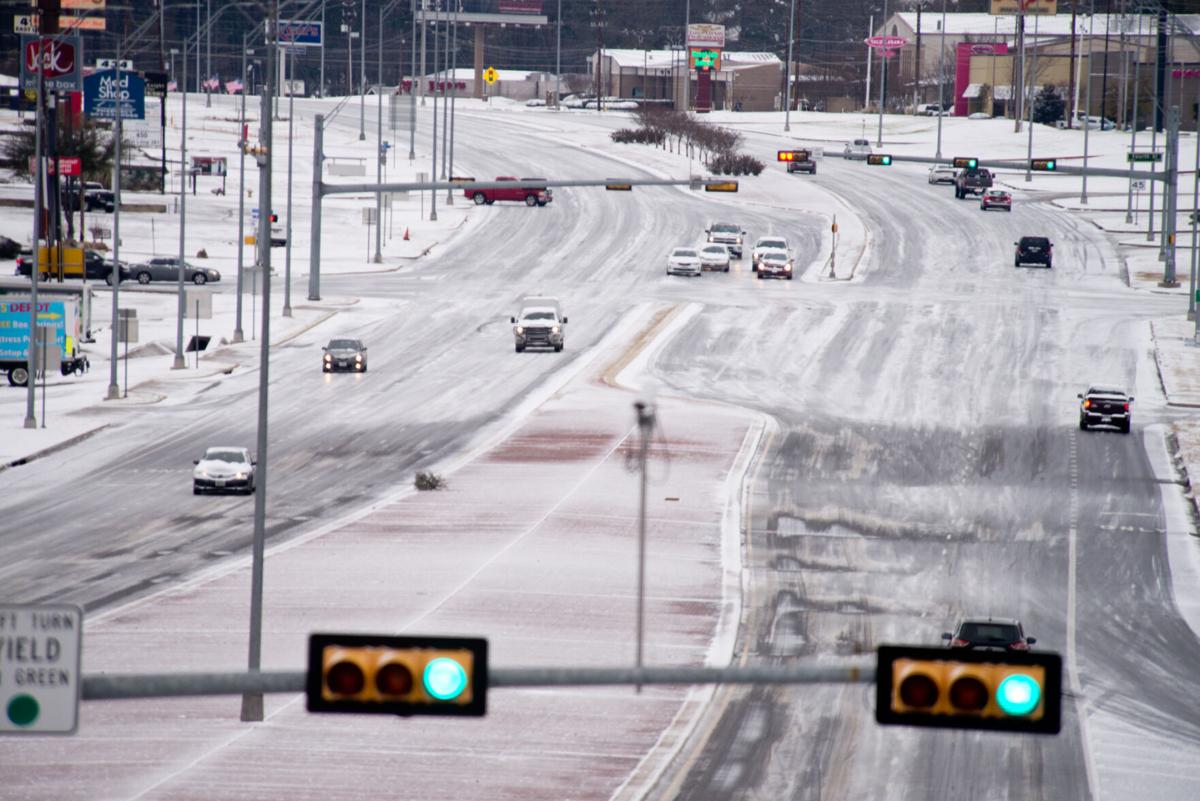 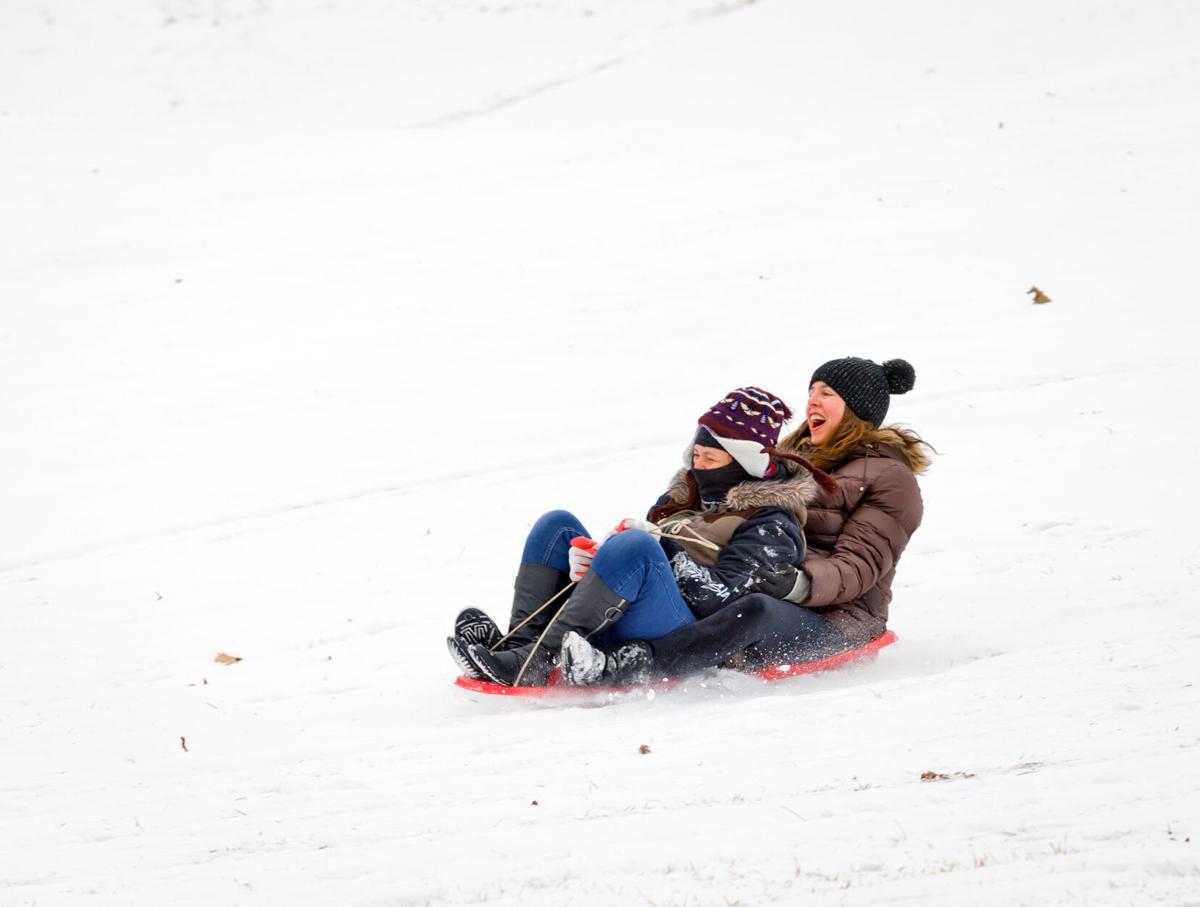 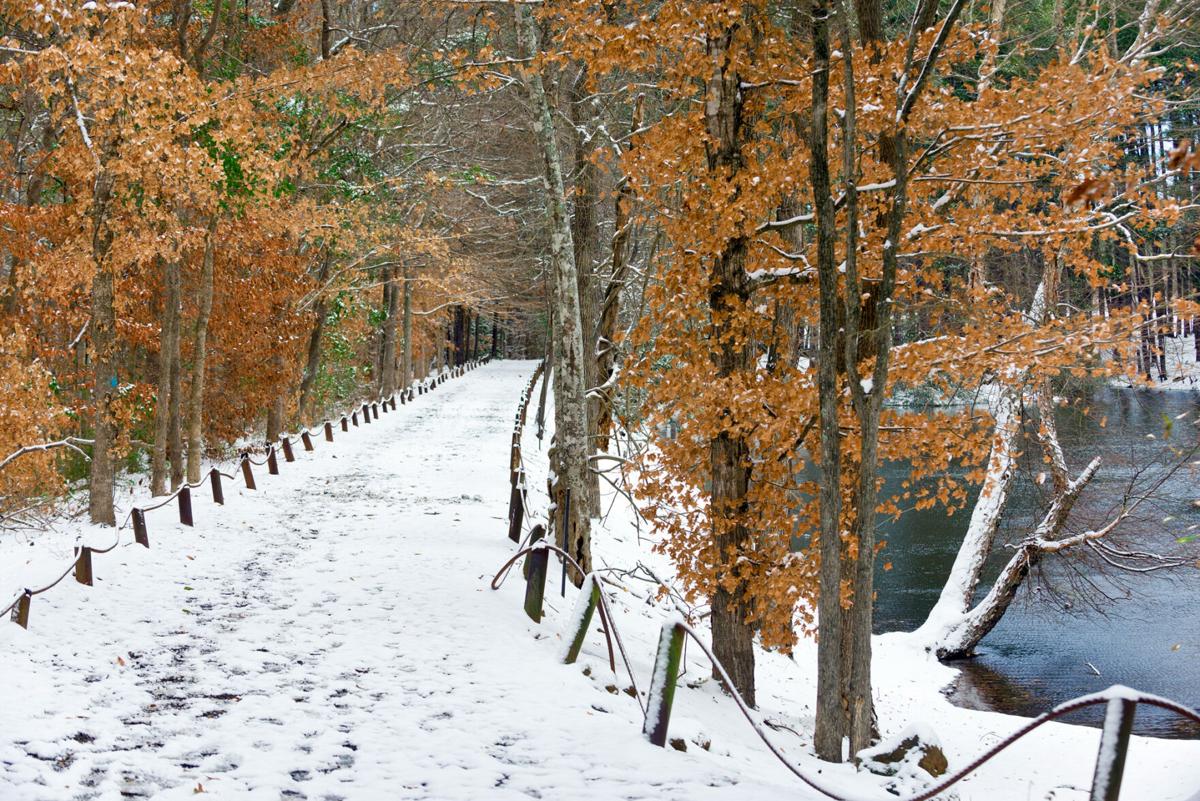 Dashiell Sharpe, 11, throws a snow ball at Morley Sharpe, 12, while spending their morning playing in the snow in front of their Akin Drive home on Tuesday January 16, 2018. (Michael Cavazos/News-Journal Photo)

A man hooks a chain to a stranded vehicle on an icy Hawkins Parkway on Tuesday January 16, 2018. (Michael Cavazos/News-Journal Photo)

“It will continue into the evening, moving west to east,” Ross said.

Ross said the system could continue through shortly after sunrise Monday morning.

There is still uncertainty with the storm, and the forecast could change.

“Be careful driving on bridges and overpasses,” Ross said. He said the precipitation will likely turn into slush and could freeze overnight on the bridges/overpasses.

“Snow will be leftover Monday into Tuesday so there could be slippery spots left,” Ross said. “Since it’s going to be chilly, make sure outdoor pets have liquid water to drink outside, not ice water. Make sure they have a shelter to stay warm. Check on the elderly.”

The City of Longview Public Works Department prepared three sanding units Friday to disperse a brine mixture that prevents snow and ice from bonding to pavement. The city said in a statement that an on-call Public Works crew will be standing by to respond to any street issues that may arise.

“Both the Longview Police Department and Longview Fire Department are ensuring their equipment is prepared for the potential inclement weather and will actively monitor the weather and respond as necessary to any incidents,” the statement said.

TxDOT crews are preparing roadways in the area for snow and icy conditions. The pre-treatment of bridges and other roadway areas susceptible to wind and ice was completed Friday. Interstate 20 and other major roadways were being pre-treated with a brine solution consisting of salt and water designed to prevent ice and snow from sticking to surfaces.

“I suspect there will be traces of snow left by Tuesday morning,” Ross said. “By then temperatures will rise to 50-ish degrees, and it should be gone.”

January is a normal time of year for heightened expectation of snow in East Texas, Ross said. The last major snow event in Longview occurred in January 2018.

Winter weather can create dangerous driving conditions and can change rapidly. The Texas Department of Transportation advises drivers to stay off the roads and use extreme caution if they must drive.

TxDOT personnel are monitoring local forecasts and weather conditions and will respond as needed to ensure roadways remain open and safe for travel when possible. Road closures and other conditions are posted and updated as necessary at DriveTexas.org .