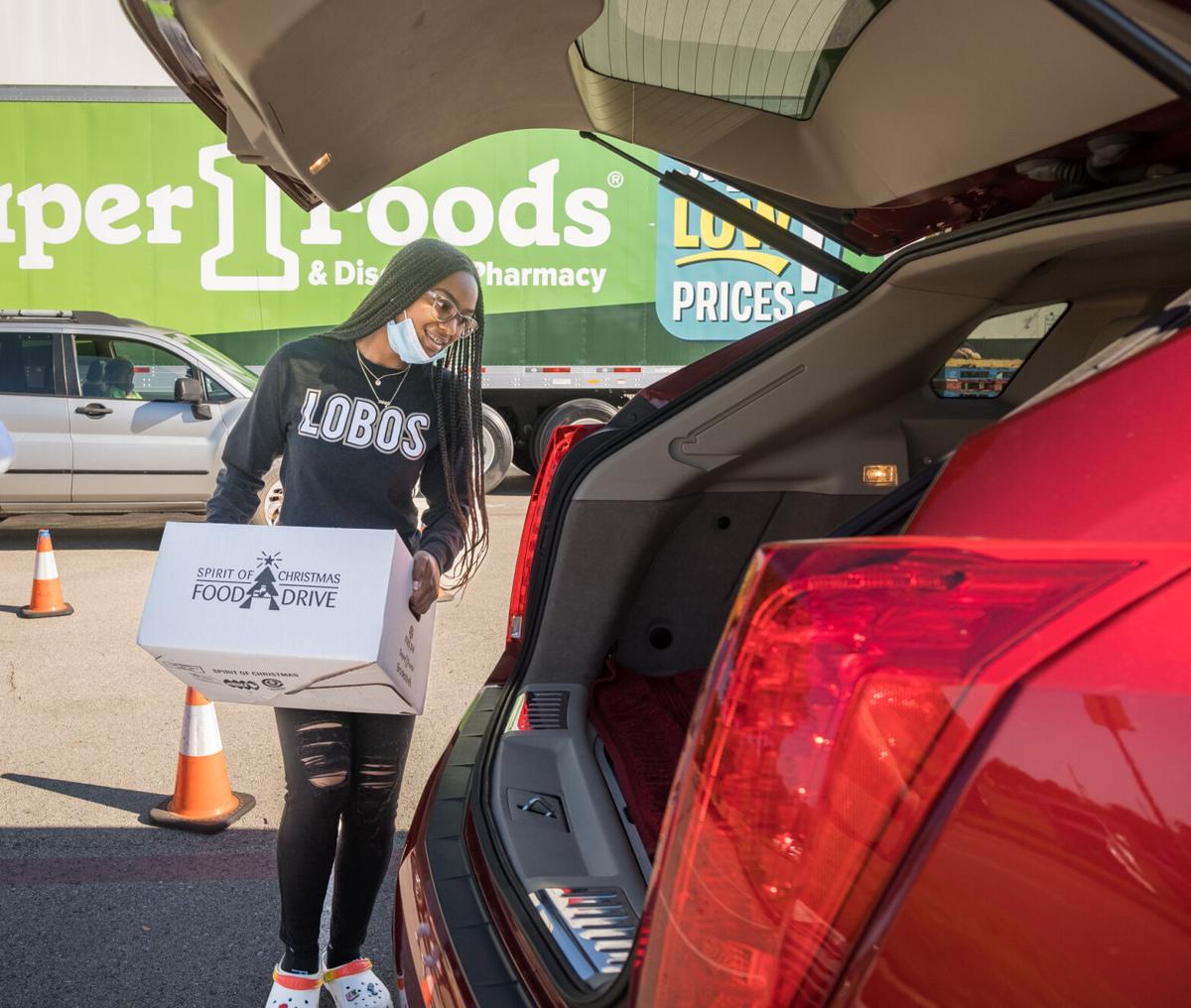 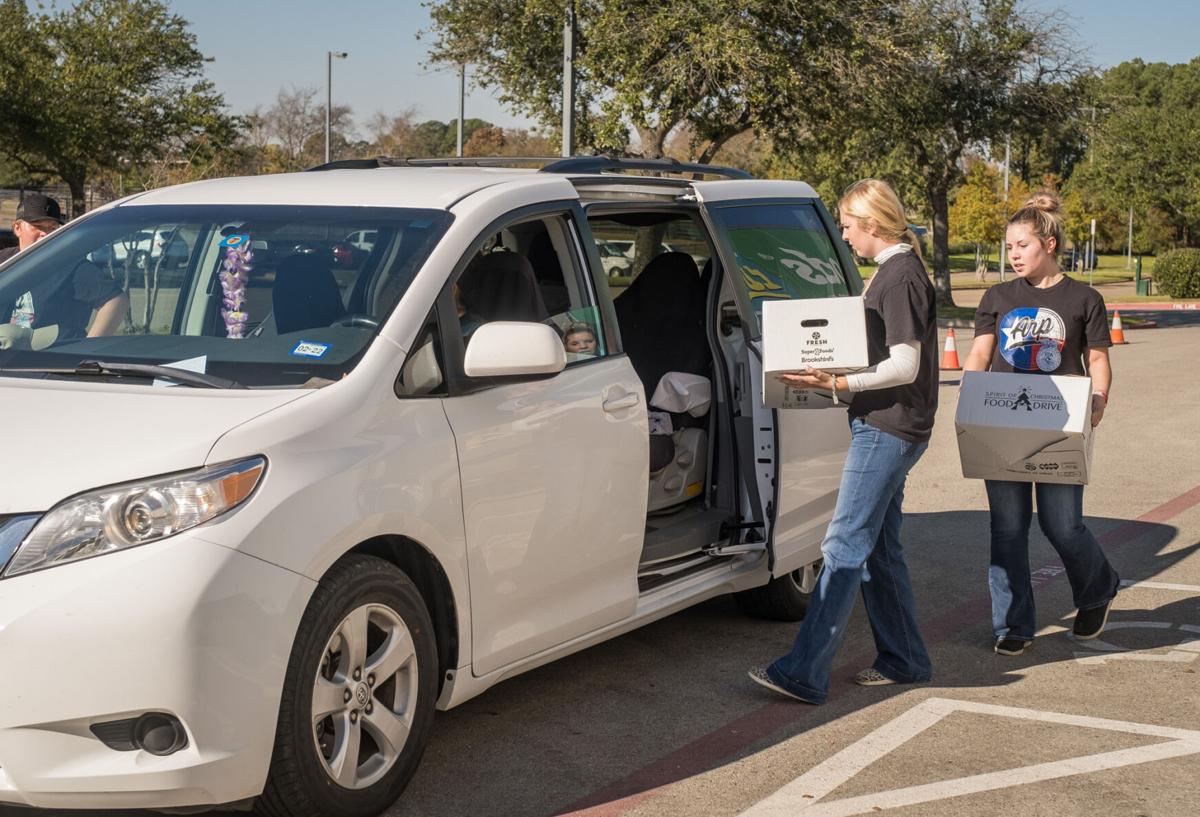 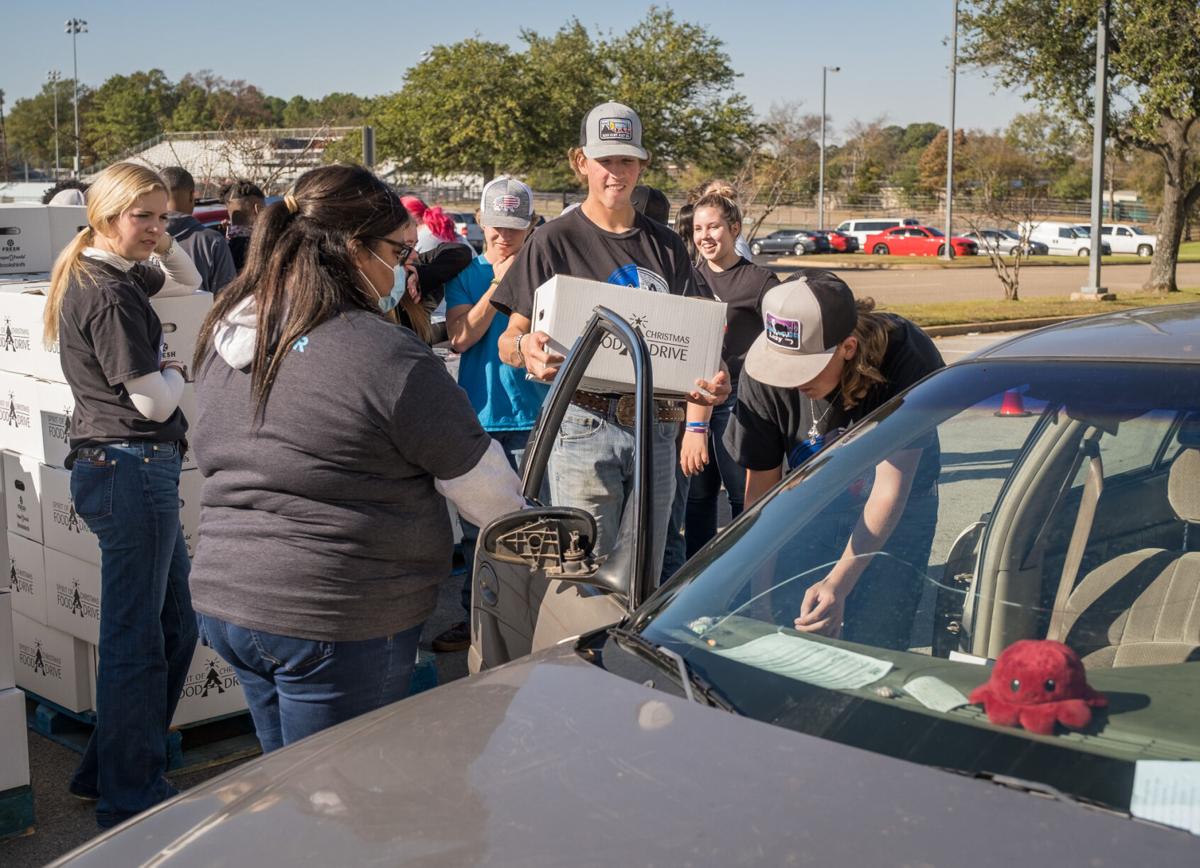 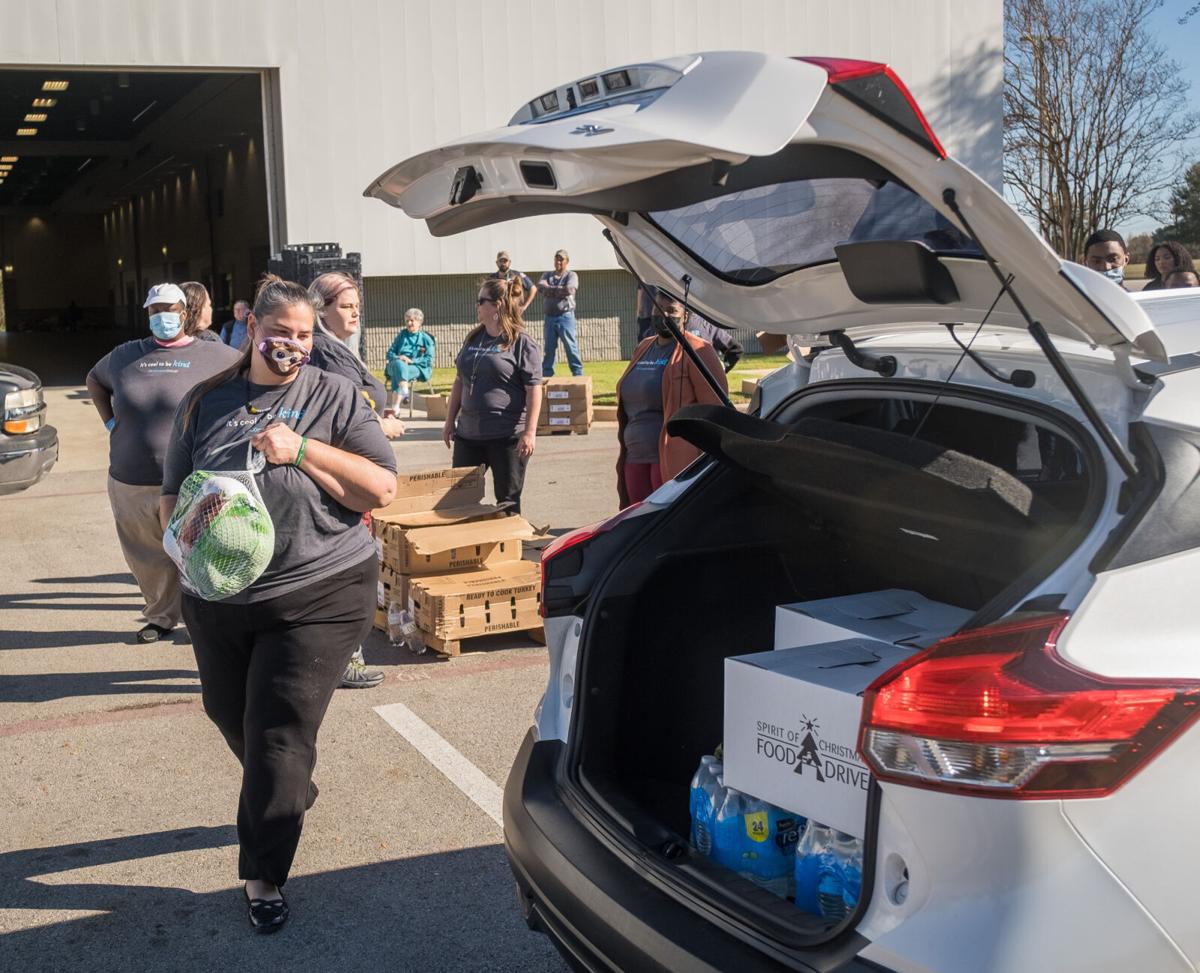 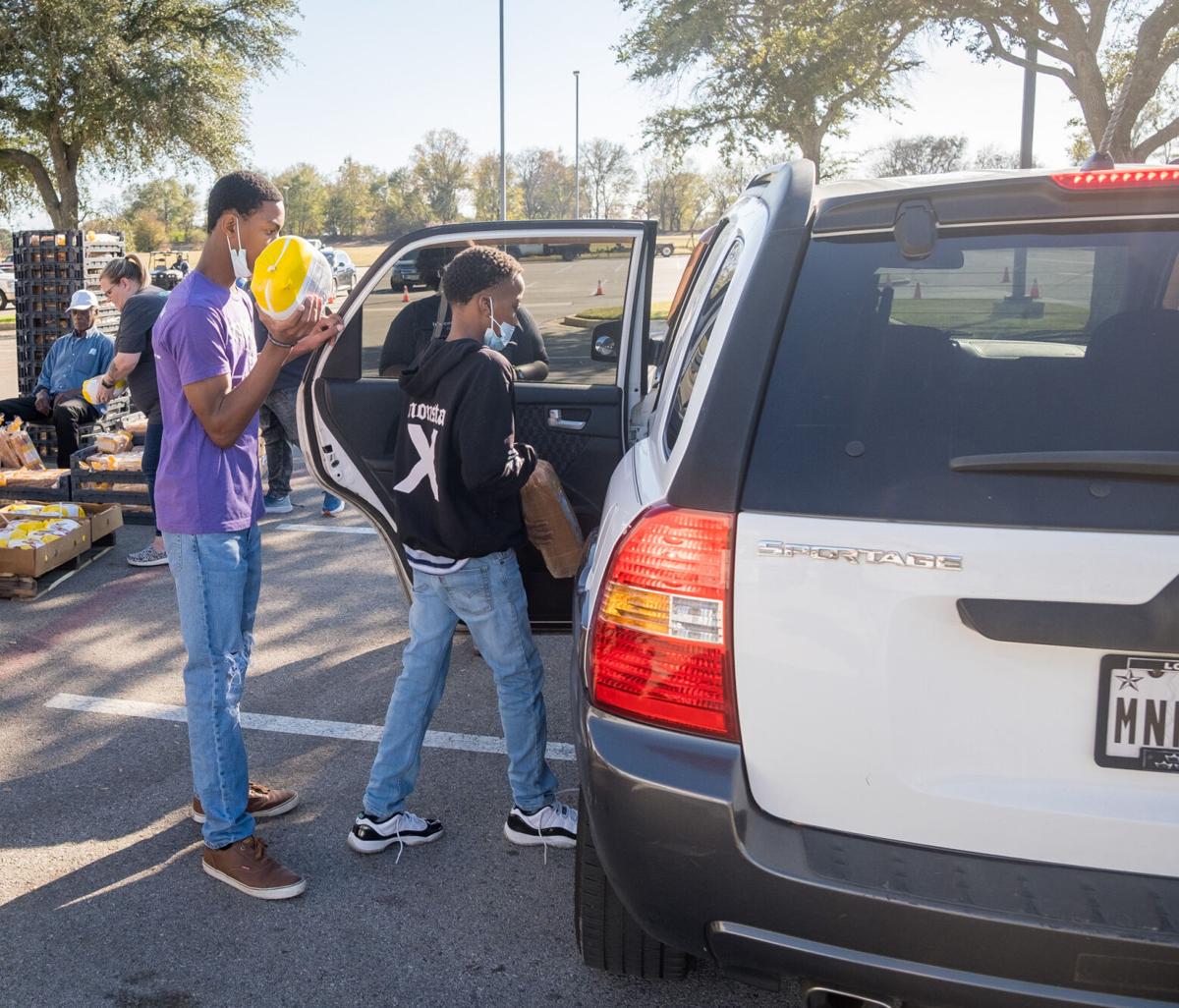 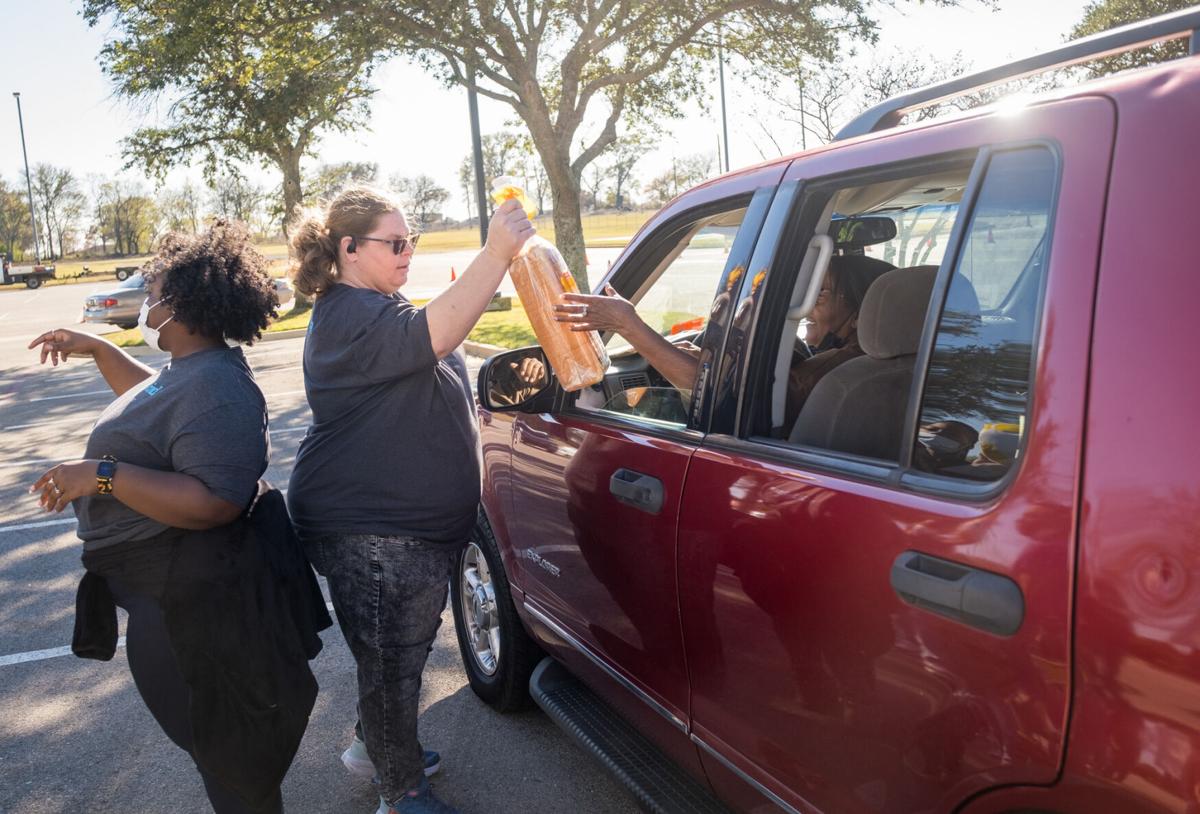 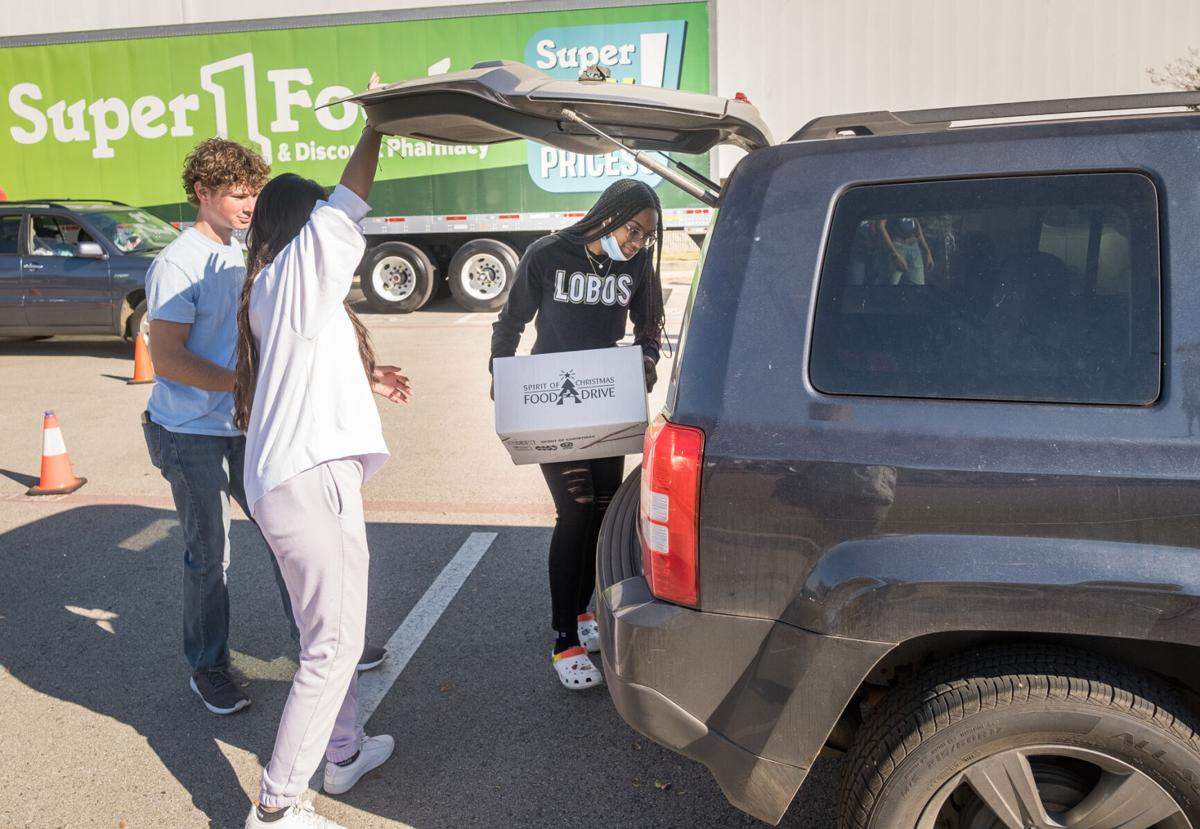 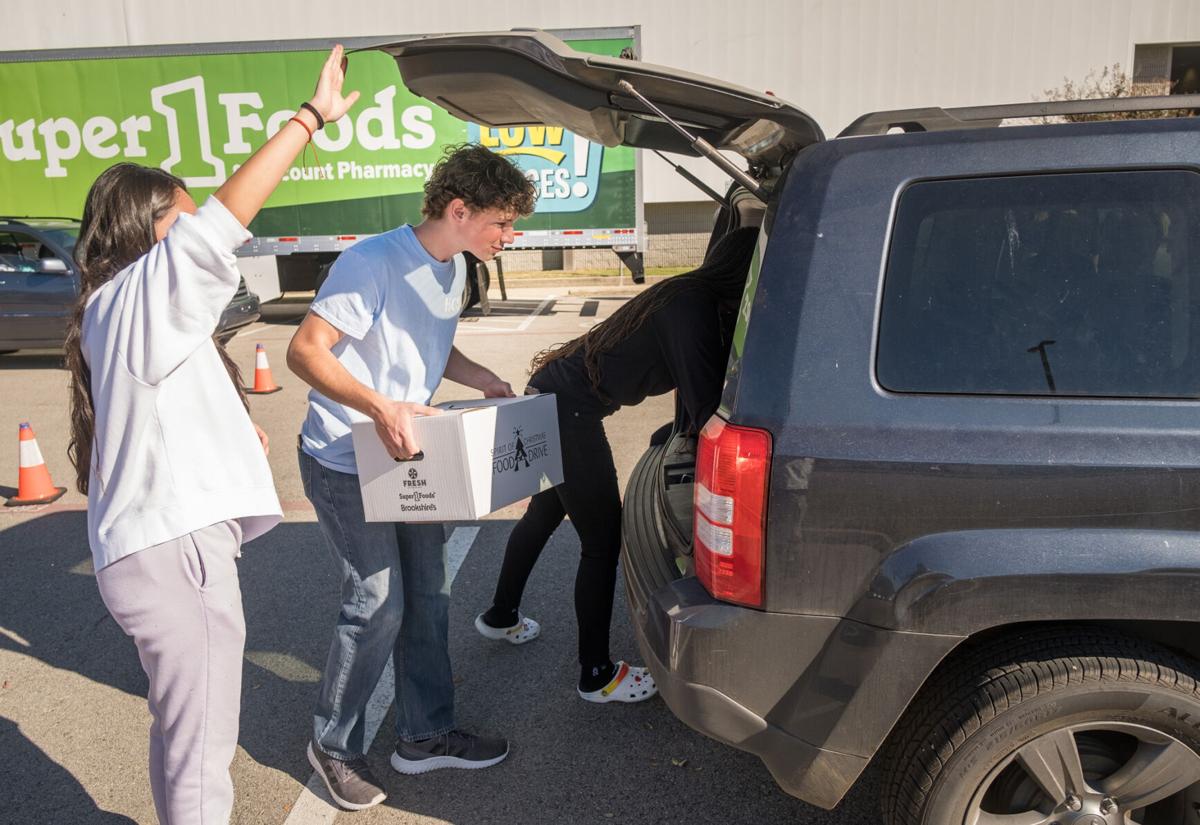 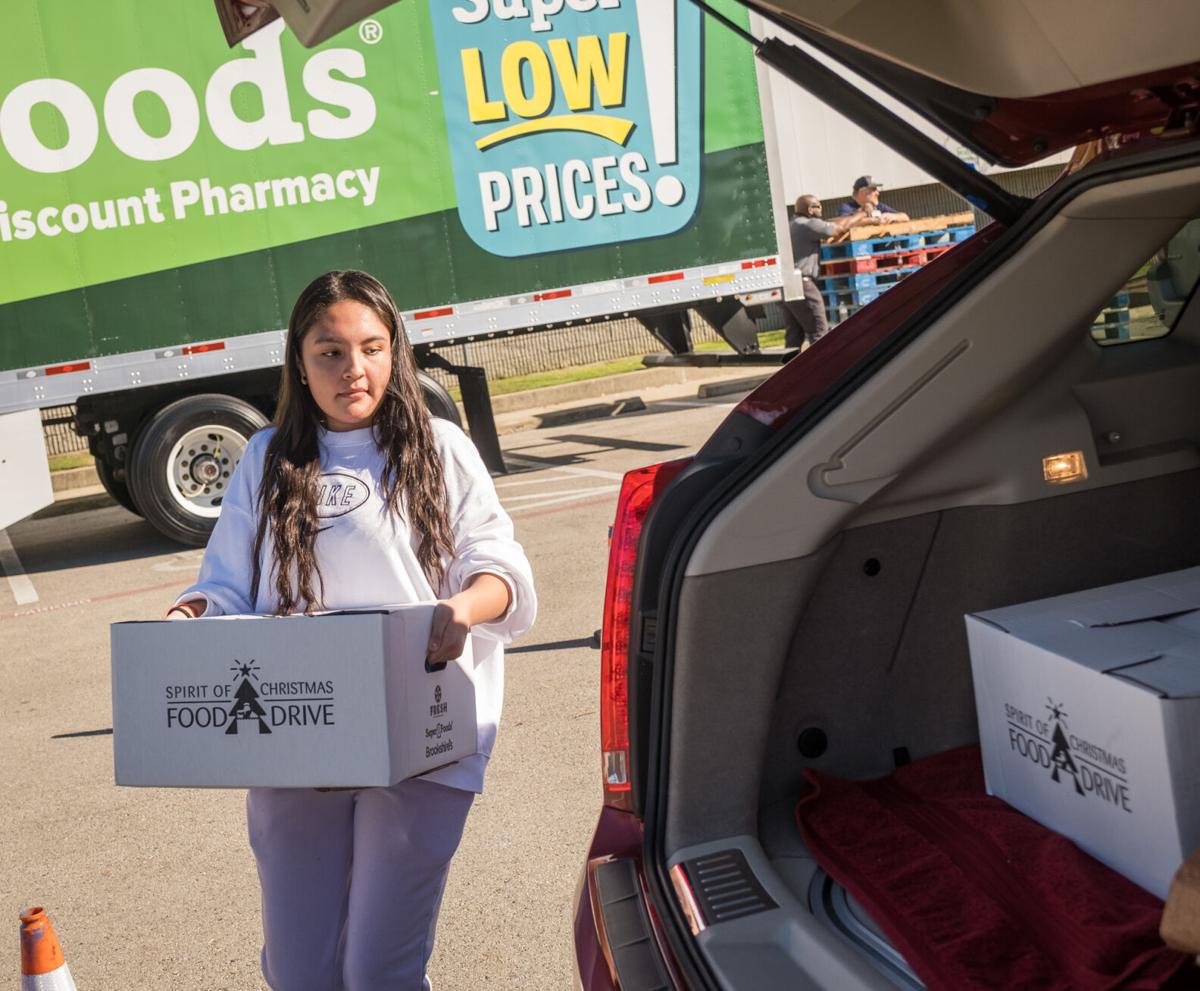 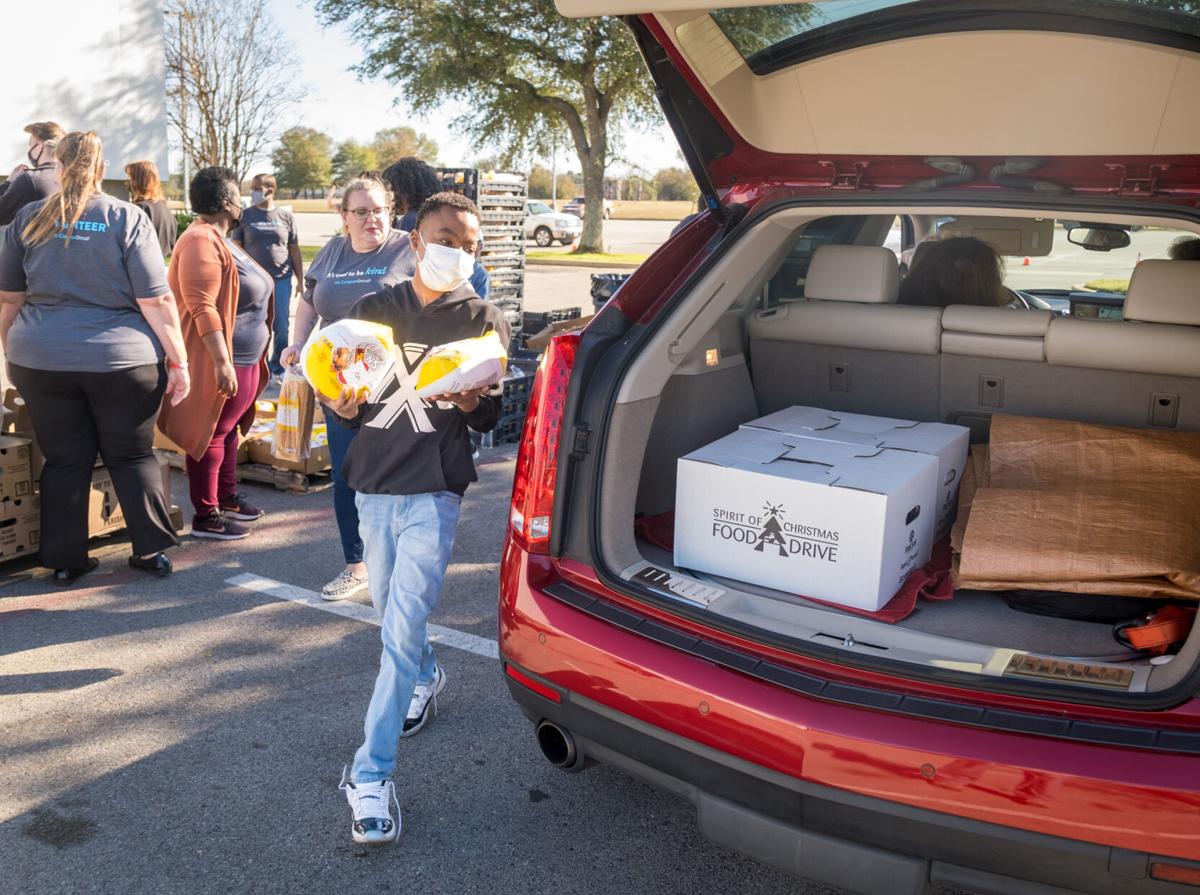 A pleasant breeze blew through the parking lot Tuesday of the Maude Cobb Convention and Activity Center as families drove up to receive their Thanksgiving food boxes.

Some came alone, while others came with children in tow, but all left with a “happy Thanksgiving” from volunteers and a box of food that would allow them to do so.

Each box from the annual Longview Thanksgiving Food Drive came stocked with numerous canned goods, some boxed items and desserts. Depending on the family size, people received either a hen or a turkey and a loaf or two of bread.

For some, it was their first time getting help from the Thanksgiving food drive.

Ronald McLester pulled up in his truck with a smile and thanked the volunteers for their help.

He said it was his first time to get a Thanksgiving box, and he heard about the food drive through the nonprofit organization Caring & Sharing.

McLester said the food box and hen were a “blessing.”

Frances McCandless and husband Terry McCandless also were at the food drive for the first time.

She said she was grateful to have heard about the food drive because her family did not have anything planned for the holiday.

“Me and my daughter were like, ‘What are we gonna do?’ We were just gonna throw some burgers together,” Frances McCandless said.

The McCandlesses, who have been married for 28 years, said their family has had a lot going on lately and the Thanksgiving box would give them a reason to come together and celebrate time with each other.

“It actually means we get to spend some time with our family,” Terry McCandless said. “We were kinda planning on everybody just staying home.”

The husband wife said they had no preference for what came in the box — they were just grateful to have something to eat.

“I don’t care what’s in the box as long as me and my daughter can cook together,” Frances McCandless said. She mentioned that her and her daughter have never done that, and this would offer a great opportunity.

Other families at Tuesday’s event said they had attended the food drive before.

Ruthie Mayfield, Bernadine Kelly and Sharvell Kelly rode together to pick up their food boxes and said they have been coming for years.

All three women stressed the importance of a good dressing to pair with their turkey.

“I make mine from scratch — I use cornbread flour,” Mayfield said.

Zettie Carter, who came with her daughter, Fadrekia Freeman, said she has 11 grandchildren, and the boxes that she and her daughter received will help feed them this holiday.

“It’s very important, and I’m so grateful because probably without this help we probably wouldn’t have the Thanksgiving that we needed to provide for our family,” Carter said.

She said she is looking forward to cooking the hen with plans to boil and then bake it, season it with salt, pepper and creole seasoning before basting it in butter.

Freeman, who is usually in charge of desserts for the family, said she was probably going to make a peanut butter cake, a strawberry cake and a Kool-Aid pie.