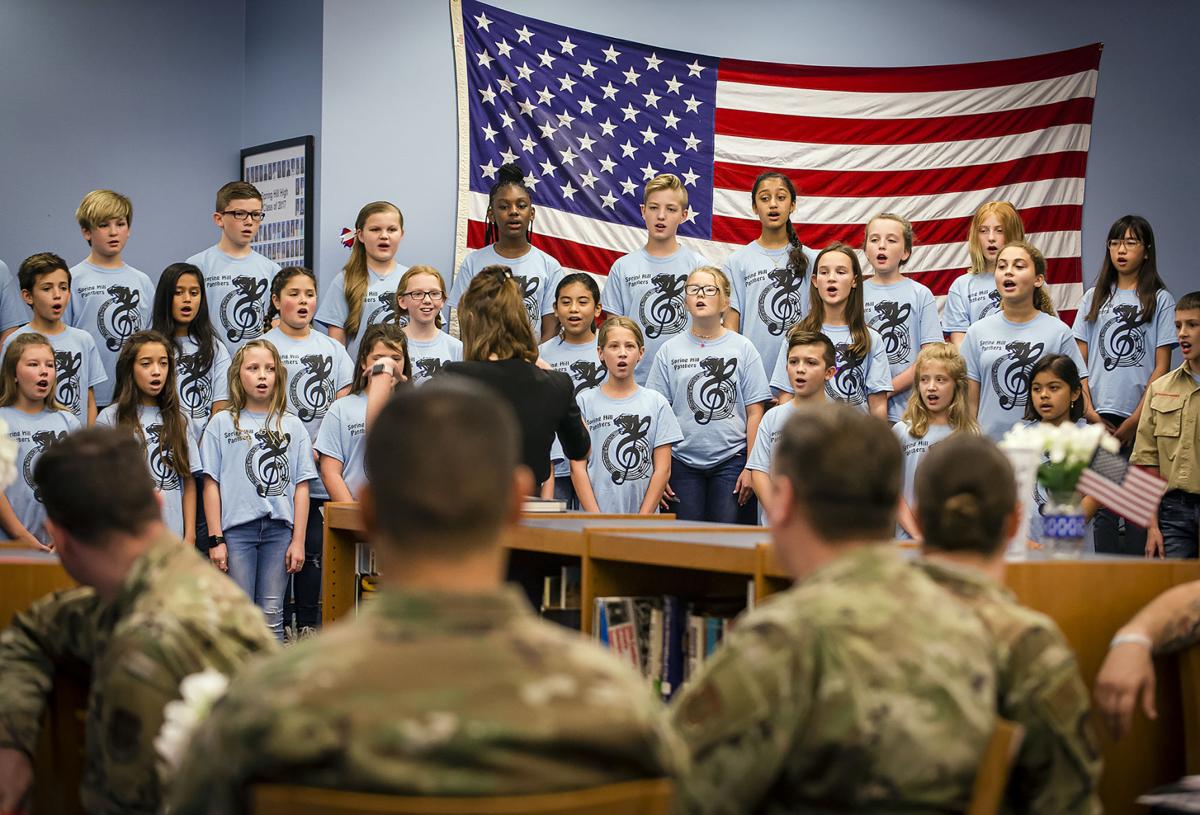 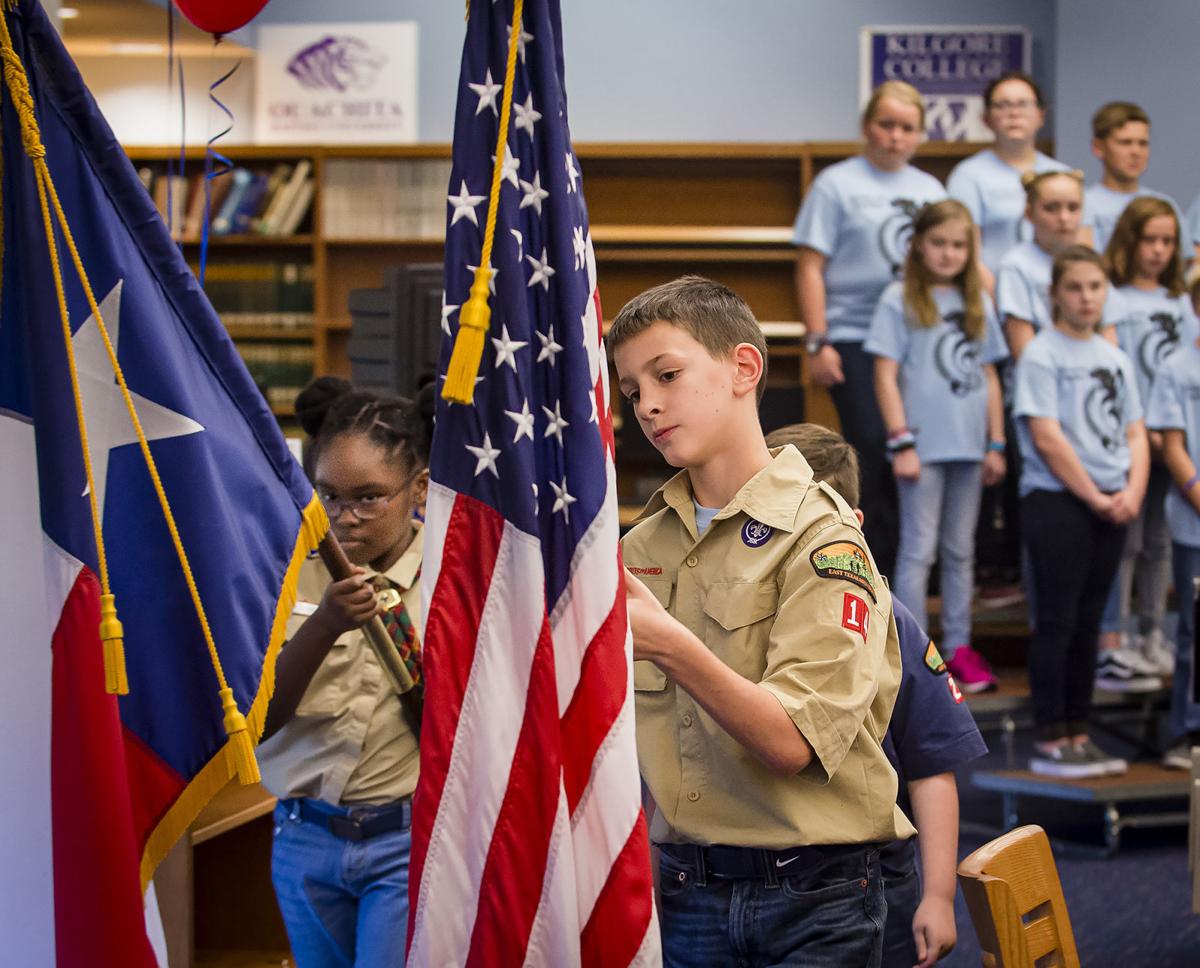 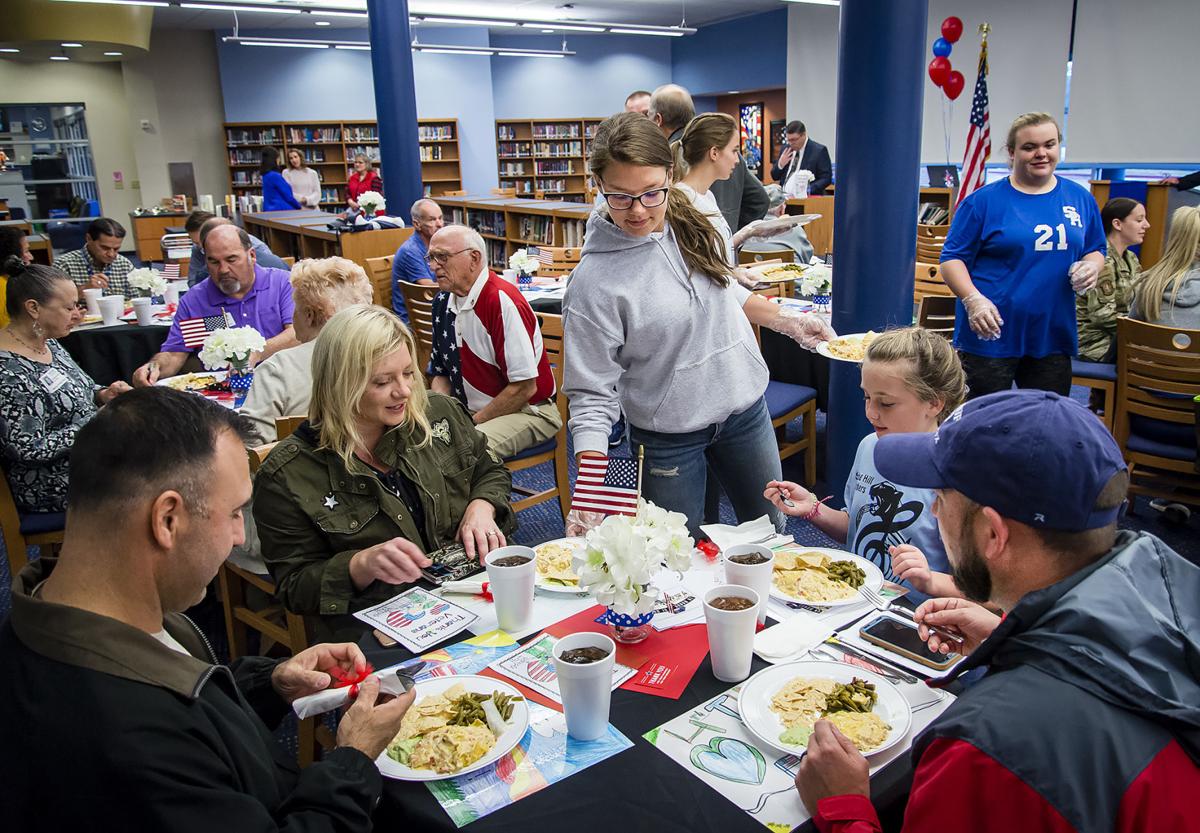 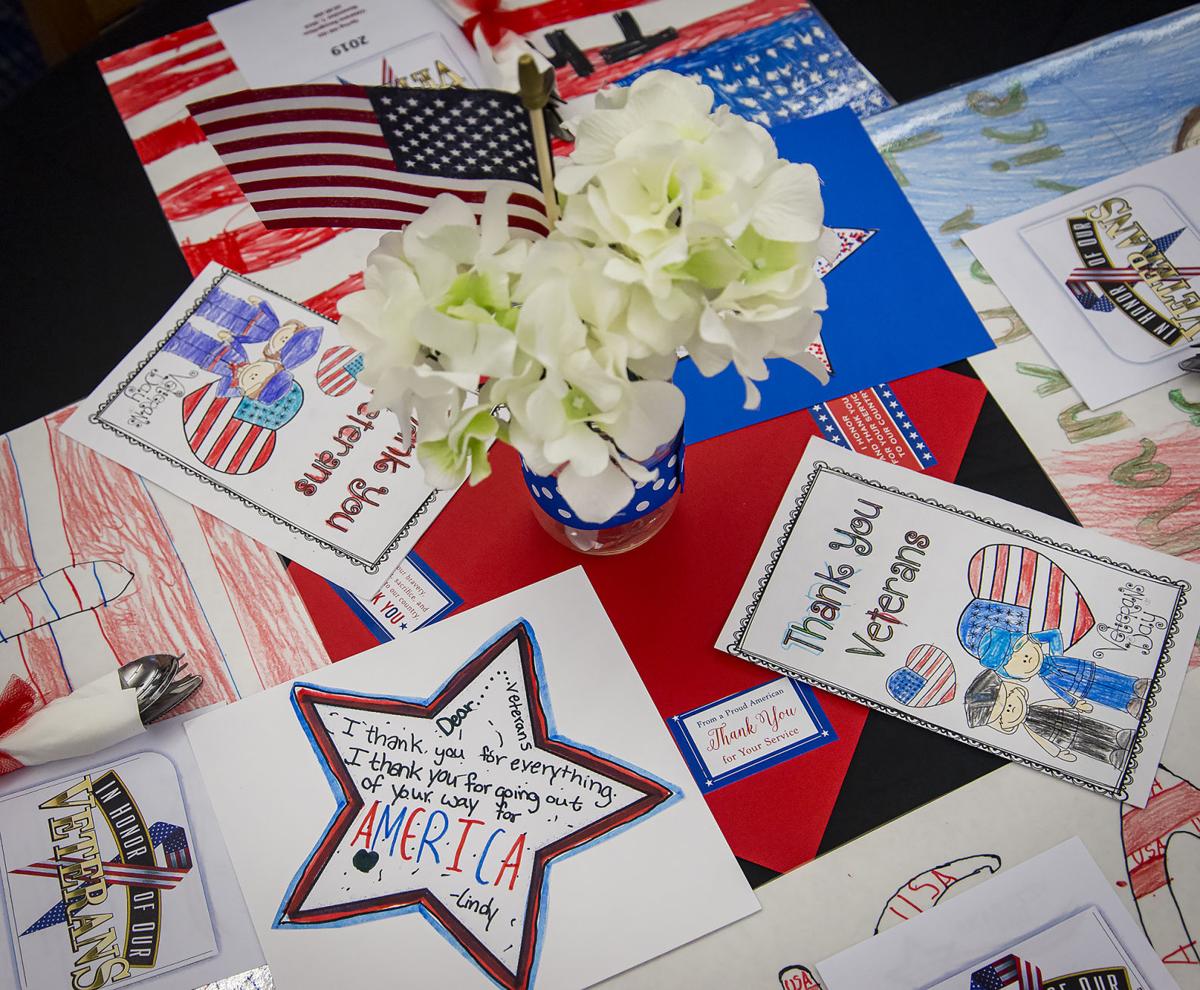 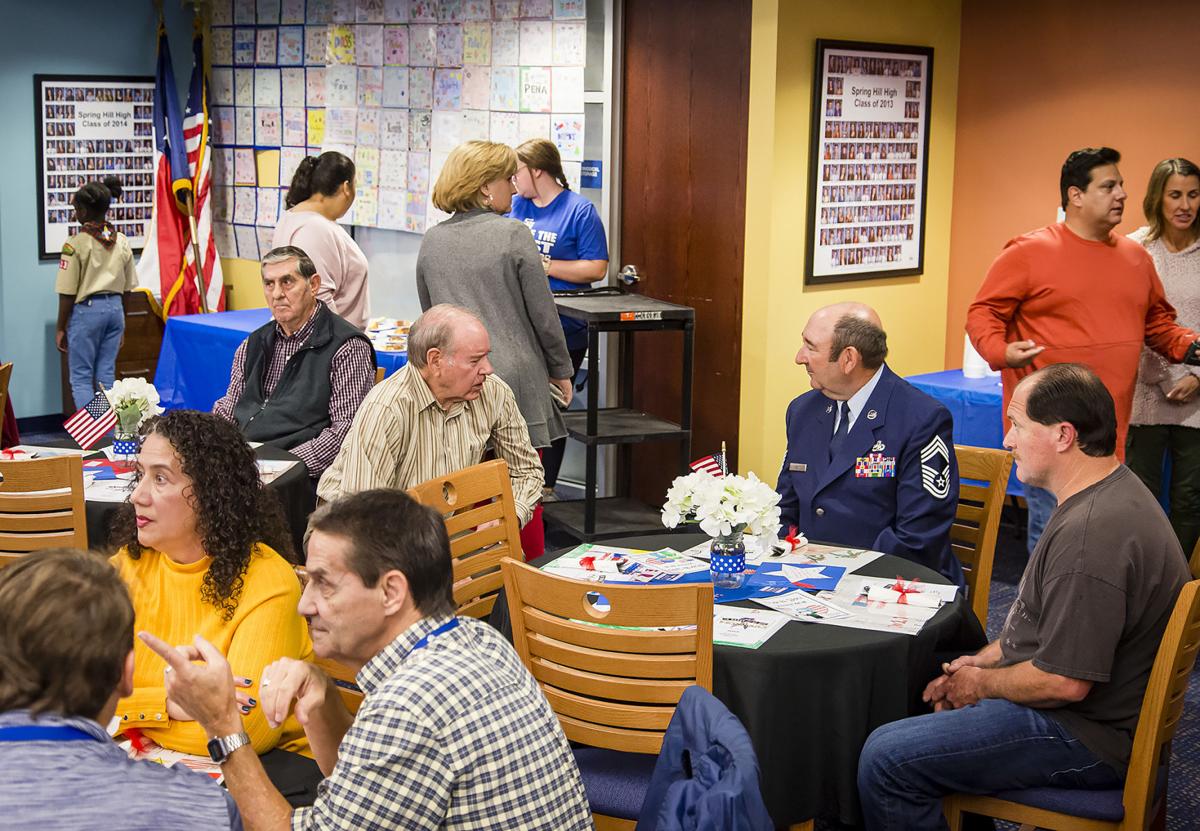 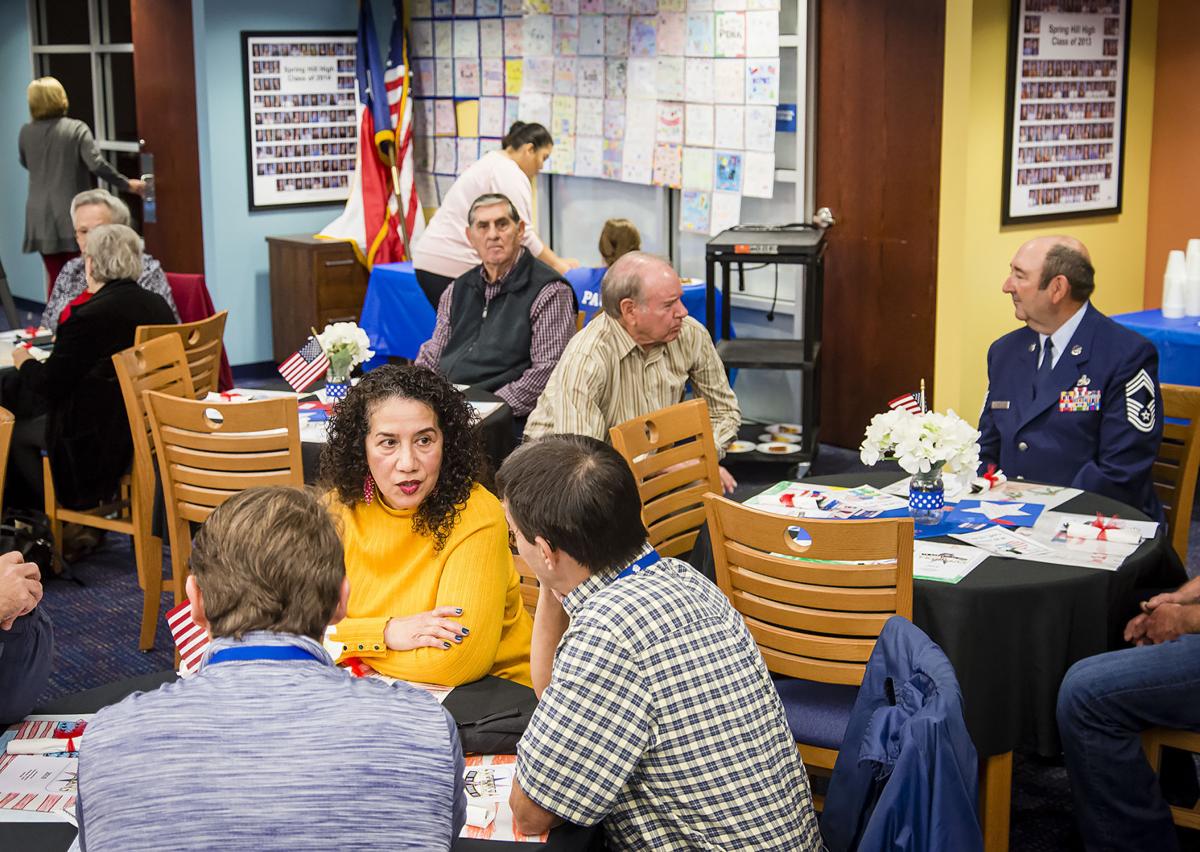 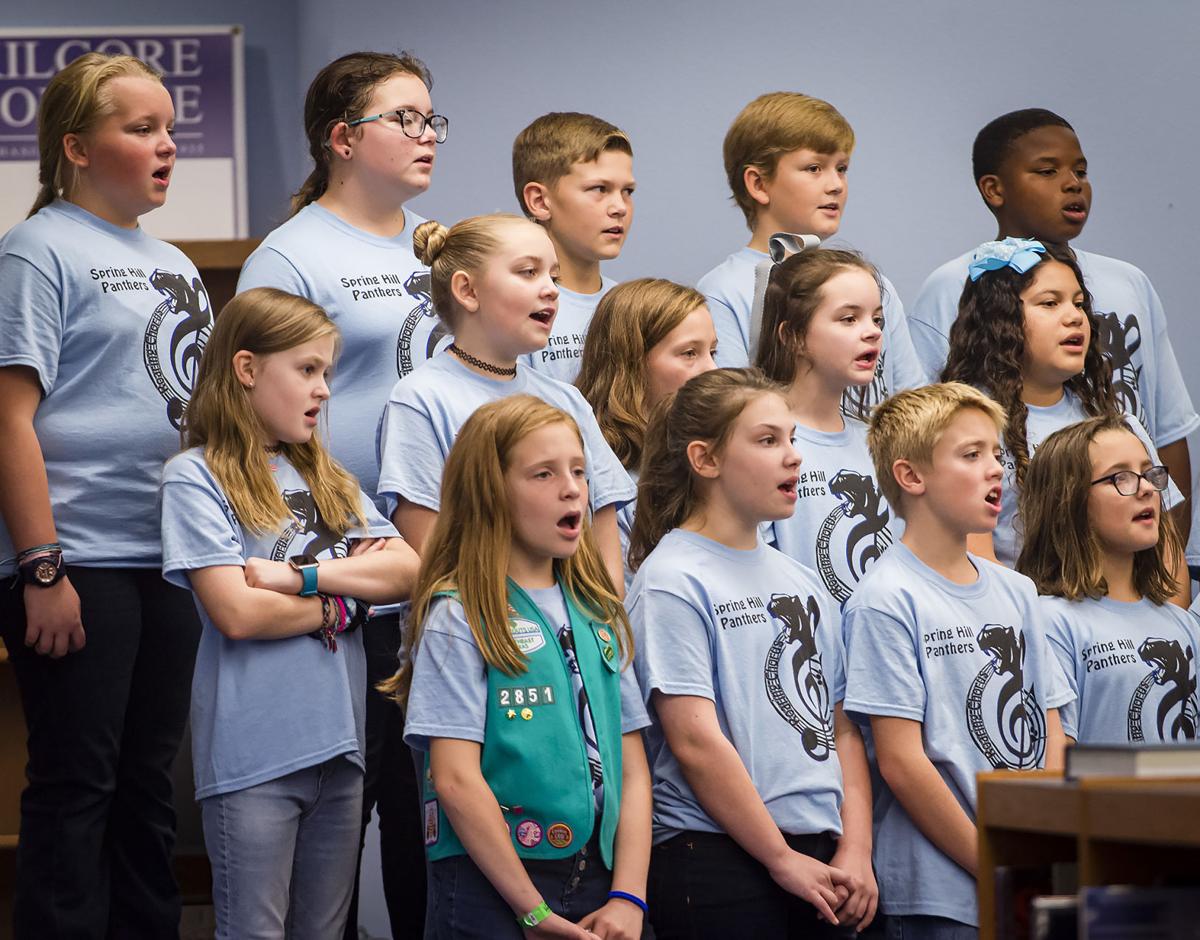 For Spring Hill ISD Superintendent Wayne Guidry, this Veterans Day is more special than others.

It will be the first without his veteran stepfather, who died in August.

“He was a soldier on the battlefield and in life,” Guidry said. “He was kind of my hero. Me and my family were poor as all get out, and he came in and scooped us up and saved us and raised us. It’s kind of a neat (Veterans Day) for me and kind of sad.”

Ahead of Veterans Day on Monday, Spring Hill ISD held a Veterans Recognition Luncheon on Thursday at the high school library that featured a reading of essays from students, performances from students and teachers and performances of taps and the anthems of each military branch. Culinary arts students cooked and served the meal.

Director of Curriculum and Instruction Penny Fleet said the event started in the 1980s and always is special. About 40 veterans attended Thursday’s luncheon.

Will Rawlings, a tech sergeant in the Air Force, said he was extremely grateful for the event.

“When I was a child, my grandfather was a World War II veteran. I just listened to what he said daily,” Rawlings said. “The nation didn’t really take time out to observe that, but now, coming into something like this with the singers and the gratitude and the meal ... I’m very appreciative because we don’t get treatment like this at all, ever.”

Rawlings said he was especially impressed by the color guard from the Boy Scout troop.

“It was very sweet to see that they took the time to do that for us,” Kay said. “Not many people go out of their way to show their appreciation. It was nice.”

Spring Hill senior Logan Avant, 17, got to share the event and meal with his grandfather, Steve Flowers.

Flowers was drafted into the Army in 1969 and served in the Vietnam War, he said.

Logan said spending time with his grandfather at the luncheon was special.

“Knowing what he’s gone through to save us, and him being here now, it’s pretty special,” he said. “It’s great because we’ve got to have respect for the ones that served.”