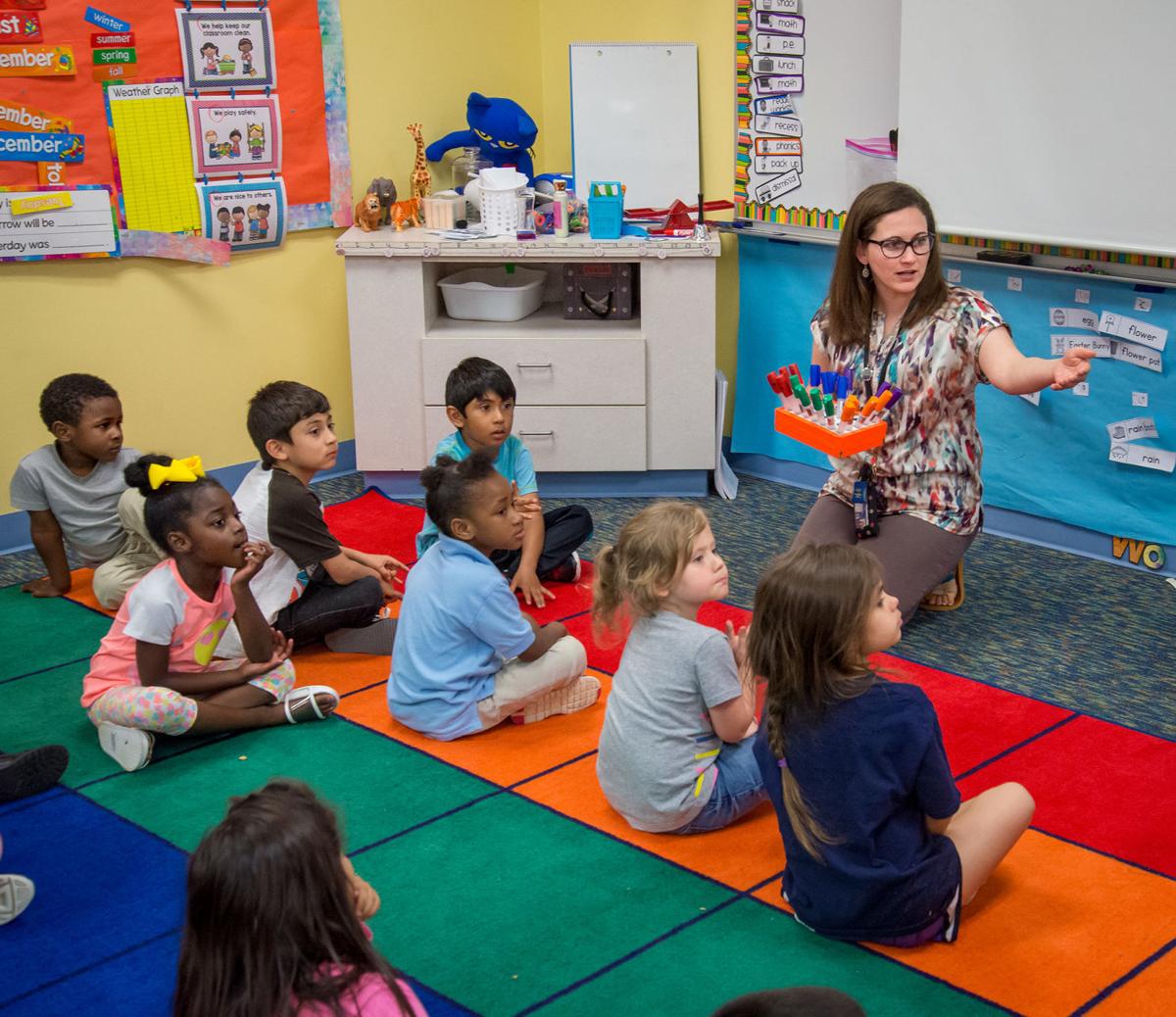 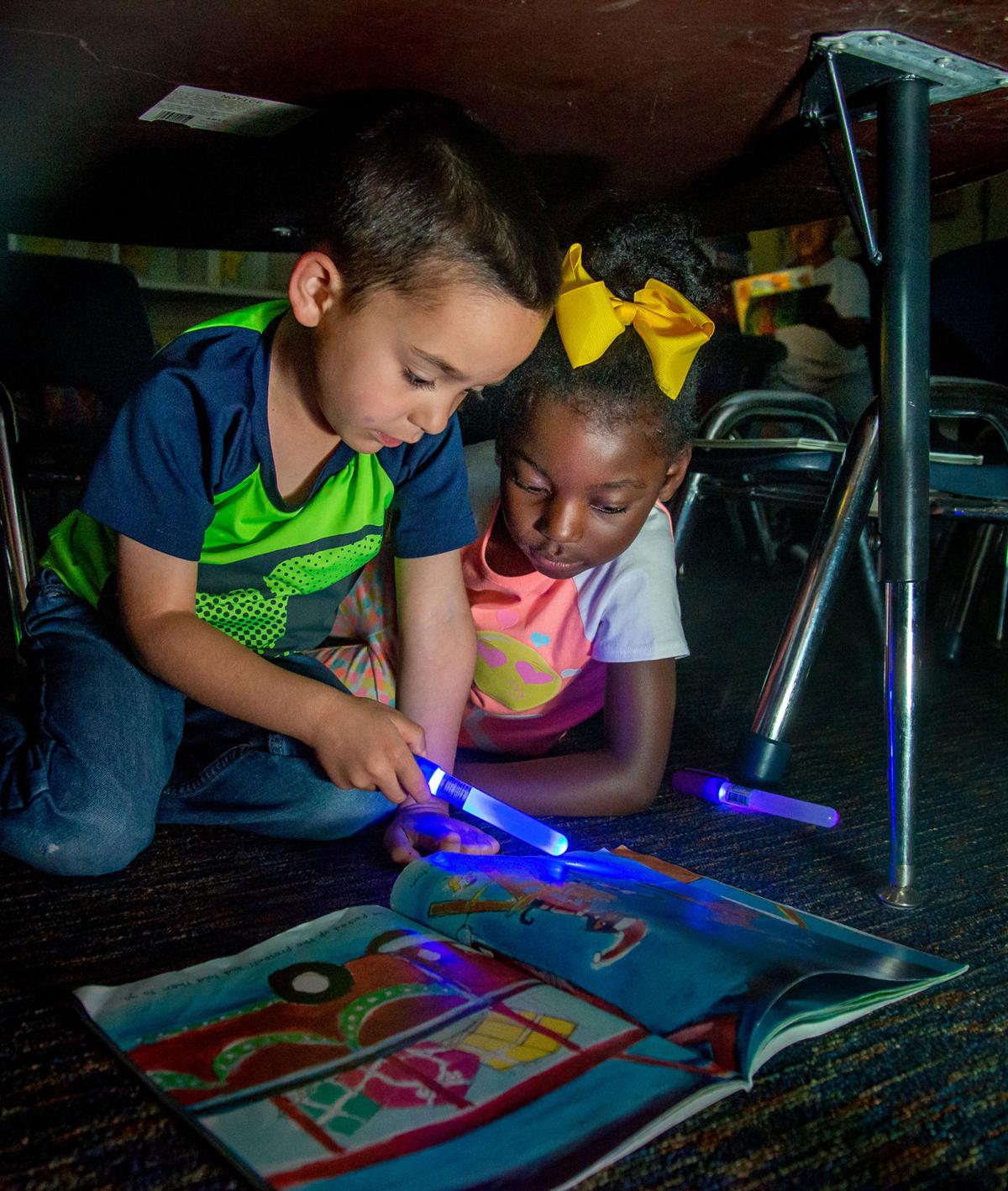 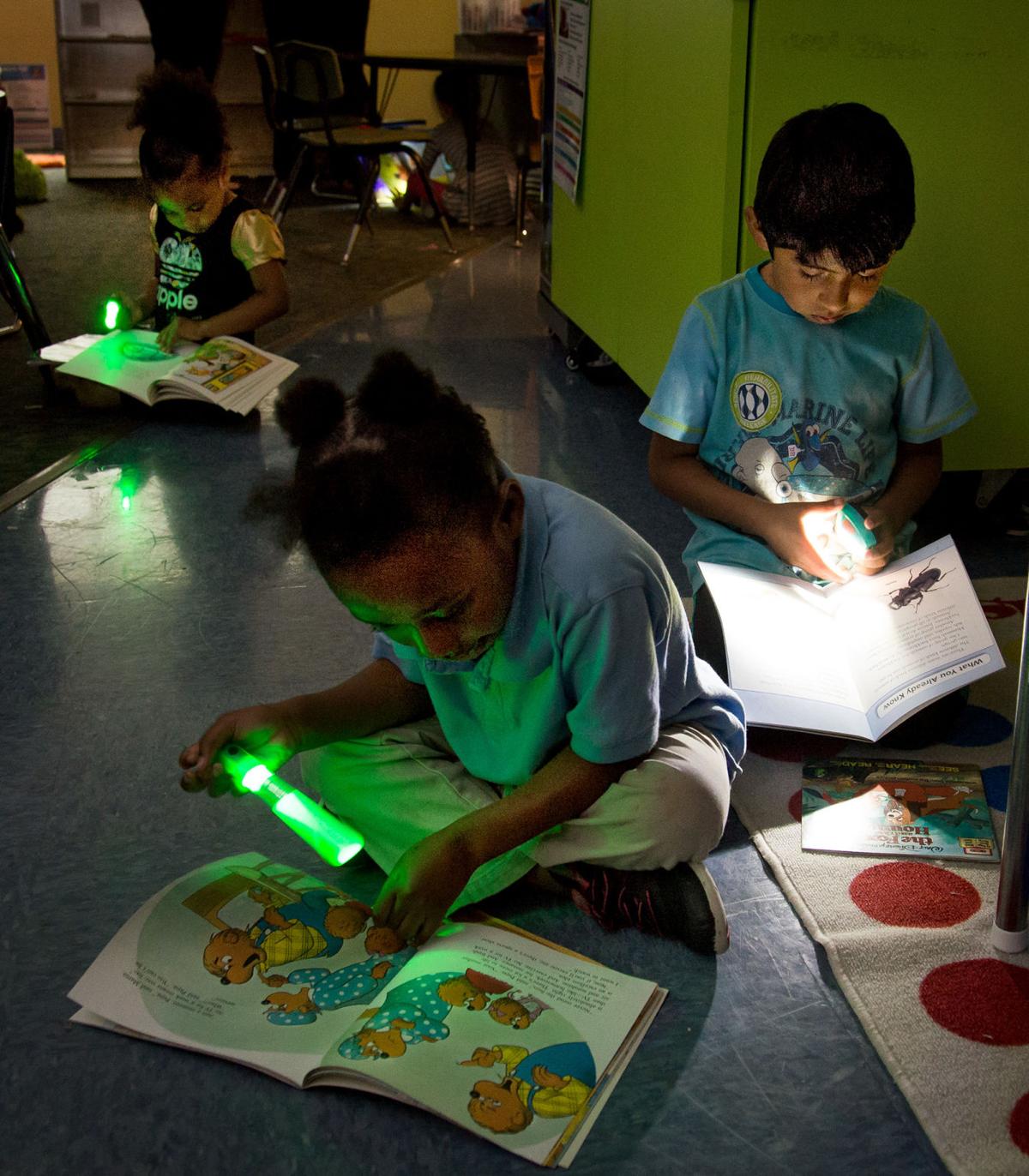 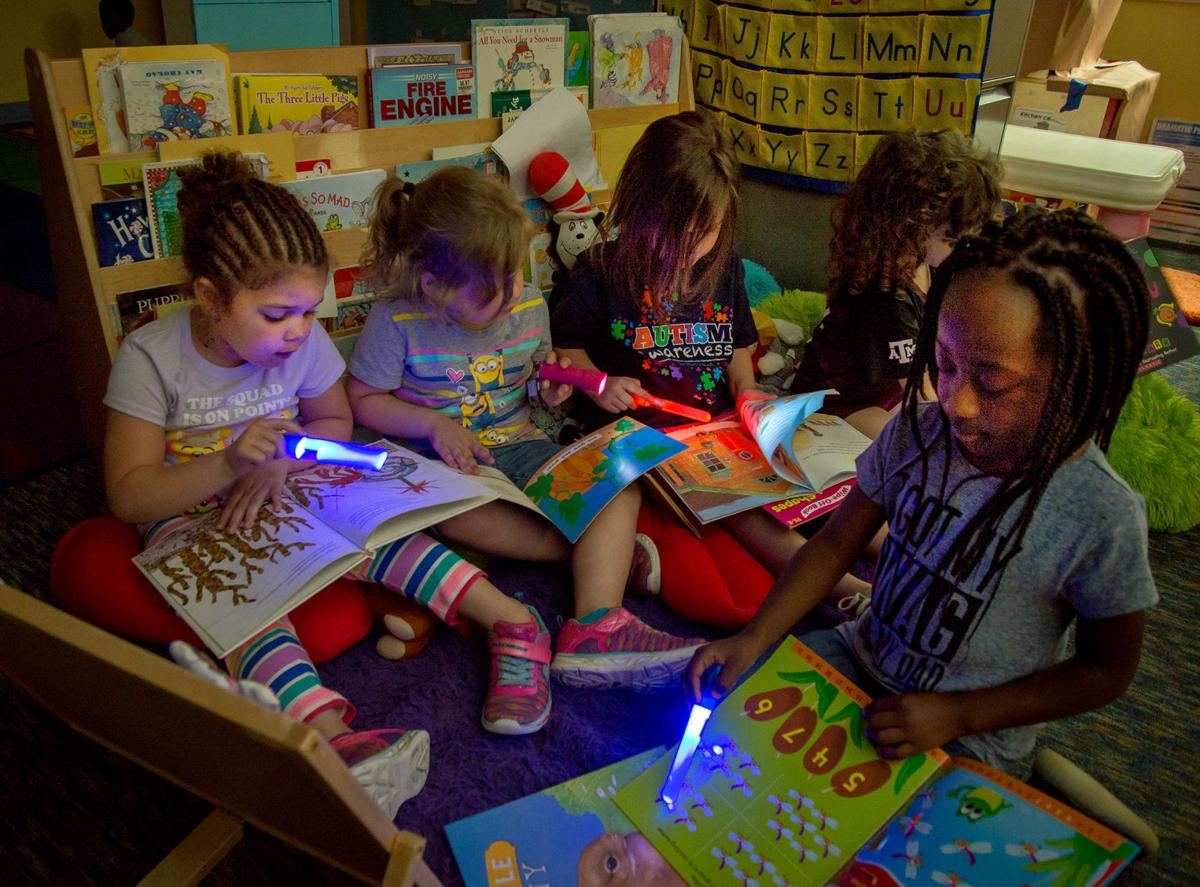 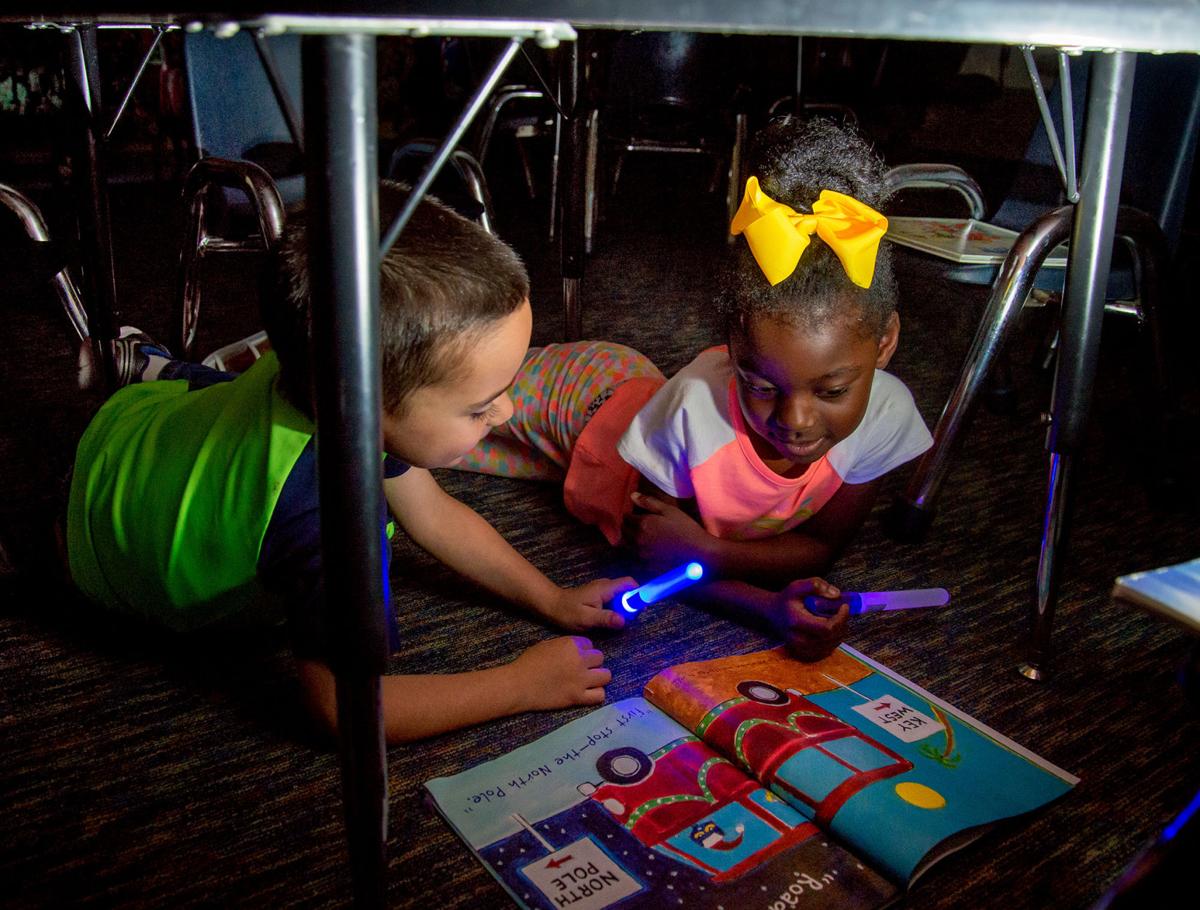 Texas pre-K programs are just scraping by after losing millions of dollars last year — and without sustainable funding, they could see greater problems down the line, school officials say.

During the 2017 legislative session, lawmakers decided not to fund a $118 million high-quality pre-K grant program that was created in 2015 and championed by Republican Gov. Greg Abbott. The money had gone to 573 districts and charter schools that pledged to meet measures such as setting a lower student-teacher ratio, avoiding Common Core curricula and reporting student progress to the state.

White Oak ISD Superintendent Mike Gilbert probably had a similar reaction to most superintendents this time of year, as school administrators delve into spending plans for the coming school year.

“We work on expenses a long time before we know anything about revenues,” he said. “I’m just going to wait and see what comes down the pike. ... I haven’t seen anything that specifically tells me I’m losing money on pre-K funding in 2019.”

“If there are cuts in that (state) program, I’ve not seen them yet,” Gilbert said.

“We spent that money on instructional supplies,” Snell said. “So it helped us supplement our classroom supplies and technology in pre-K. So (losing the funding) won’t have a great effect on us. What we did buy, they were not consumables, so we’ll be able to reuse those.”

Longview and Pine Tree ISDs also reacted with concerns the cuts will force more budget-tightening, thanks to diminishing state support.

“When critical funding such as the pre-K high-quality grant is taken away, the district has to find the funds in the current budget to continue an important program,” said Pine Tree ISD Superintendent TJ Farler, whose district previously received $120,000 for the program.

“Currently, state funds are provided for half-day programs,” Farler said. “(Pine Tree ISD) moved to full-day pre-K in order to provide more instructional support for our students. ... It is very important that we provide a quality pre-K for our students so your young students start school in kindergarten prepared and ready to learn.”

Matthew Prosser, spokesman for Longview ISD, said the district received almost $177,000 in state money for pre-K each year in 2016 and 2017.

“The district knew this was just a temporary grant program,” Prosser said. “So, we applied the funds toward auxiliary items like training and supplies.”

Prosser also indicated the state funds don’t come close to the district’s outlay to ensure students enter kindergarten on par with their peers.

“Grants aside, state and local funds are used to finance district pre-K programs,” he said. “Between our Head Start and early pre-K programs, we utilized $1,552,743 in funds.”

Another catch: Every Texas district and charter has to make the improvements stipulated when the program was created in 2015. And they’re required to use 15 percent of the state money they already receive for pre-K, which ensures $236 million — double what was allocated last year — will be spent on high-quality standards.

“We’re scrambling,” said Edmund Oropez, Austin ISD’s chief schools officer. The district had received nearly $3 million under the grant. “I wouldn’t say we’ve been able to make it up. We’re just trying to stay afloat, to be honest.”

To fill in the gap, Texas school officials are accessing other grants, pulling from local taxpayer dollars and diverting funding from different parts of their budgets. Still, some find themselves needing to cut back on teaching assistants and professional development opportunities they offered last year.

Texas pays for half-day public school pre-K for 3- and 4-year-olds who are economically disadvantaged, English-language learners, military children, in foster care or homeless. Schools can offer on a tuition basis — or use district funds to provide — full-day pre-K or pre-K for children not covered by the state.

Districts have routinely tapped into federal, state and local dollars as well as collaborations with Head Start or licensed child care agencies to expand pre-K. Many school officials were thrilled — albeit a little wary — when Abbott announced the $118 million grant in 2015.

“The additional funding was nowhere near enough what was needed to impact the quality of education over the long term,” said Stephanie Rubin, the CEO of education advocacy group Texans Care for Children. “But it was something.”

Leander ISD, which has a half-day pre-K program, received $247,000 under the high-quality grant. Erin Garner, the Austin-area district’s senior early childhood coordinator, said most of the money was used for one-time expenses such as new classroom furniture, learning equipment and curriculum materials. But with the grant the district also hired three instructional assistants, offered family engagement nights and pre-K specific professional development — all of which had to be cut or reduced this year.

And although the district has maintained student-teacher ratios around the 11:1 state requirement, it may eventually need to staff at 18:1, district officials said.

The Texas Tribune thanks its sponsors. Become one.

“You do the best with what you have,” Garner said. “This year we’re not feeling it as hard, but we will. That was a lot of money.”

Meanwhile, Oropez said Austin ISD was able to hold together its pre-K components this year through donations from organizations including United Way for Greater Austin.

San Antonio-area North East ISD — which received about $1.5 million in grant money that officials used to transition some of the half-day pre-K campuses to full-day — also kept funding its high-quality program through private and federal grants. But Julia Schneider, the district’s assistant director of early childhood education, said she had to go “find, beg, borrow and steal.”

Princeton ISD is in a different boat. Located roughly 20 miles from Plano, it was one of the many Texas districts and charter schools that never opted into the grant program.

Superintendent Philip Anthony said the district technically qualified for the money, but officials refused because the money wasn’t enough to sustain full-day pre-K and the grant program’s 11:1 student-teacher ratio requirement. Anthony said he prioritized offering full-day pre-K, and Princeton ISD had ratios around 22:1.

Following the 2017 decision, the district hired additional personnel to meet the new ratio. Officials relied more heavily on local tax dollars and state money that would have been spent on other grade levels or teacher salaries, Anthony said.

“Eventually we’re going to look at, ‘Are we going to be able to financially afford the additional stipulations?’ ” he said. “Right now, we do plan on maintaining it. But how long? We really don’t know.”

Abbott’s office did not immediately respond to a request for comment on whether high-quality pre-K funding will be a priority for the 2019 legislative session.

Molly Spratt, the legislative director for state Rep. Dan Huberty, R-Houston, the chairman of the House Public Education Committee, said there is no “100 percent list of priorities” just yet.

Advocate Regen Fearon, chairwoman of the Early Matters Dallas coalition, believes addressing pre-K funding is not the top focus of any lawmaker.

“The handful of people who have always been champions continue to be champions,” Fearon said. “But in numbers, they’re very few. So we have no expectation that there’s going to be any money for pre-K.”

— Staff writer Glenn Evans and The Texas Tribune contributed to this report.