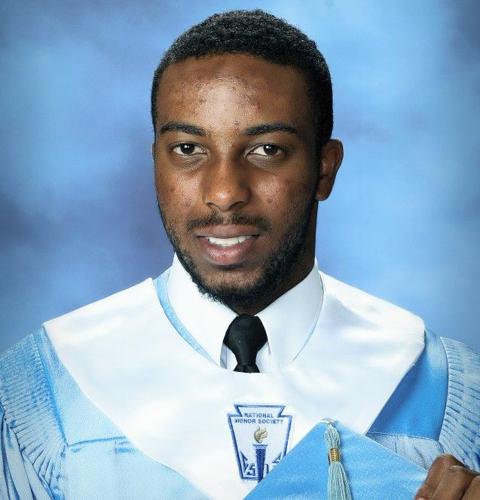 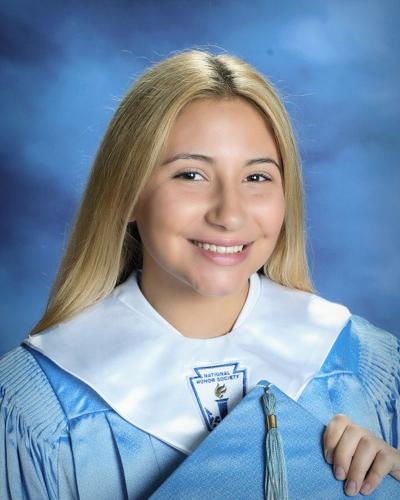 Myles has a cumulative high school GPA of 3.96 (unweighted) and has attended West Rusk schools since Kindergarten. He was selected as Mr. West Rusk by the faculty and staff of WRHS.

While in high school at West Rusk, Myles has been involved in numerous extracurricular programs including the Football, Basketball, and Track teams, as well as the West Rusk Raider Marching Band. Myles earned All-district honors in Football and Basketball as a Junior and Senior and served as a captain for the football team. Myles served as president of the W.E. Shannon, Jr. National Honor Society. Myles will continue his education at the University of Texas in Austin to become a pharmacist.

Salutatorian Gwen Celeste JorgensenGwen has a cumulative high school GPA of 3.84 (unweighted) and a composite score of 28 on her ACT.

While in high school at West Rusk, Gwen earned Distinguished Level of Achievement academically all four years. Gwen was a member of the W.E. Shannon, Jr. National Honor Society as a Junior and Senior. She also attended the ETREYS leadership camp on scholarship and was selected for the Ms. Charisma Award following her sophomore year. Gwen was an outstanding member and leader in the West Rusk FFA program all four years of high school, as well. She served as the FFA treasurer her junior year and earned the Small Animal Production and Care in Entrepreneurship Proficiency Award that same year. Gwen participated in the Rusk County Youth Project Show all four years, including making the Sale with her project in 2019. Gwen has earned the UNT excellence award as a senior at West Rusk and plans to attend the University of North Texas in Denton, TX in the fall of 2020.

All social distancing guidelines will be followed.

Graduates will be allowed five guests each.