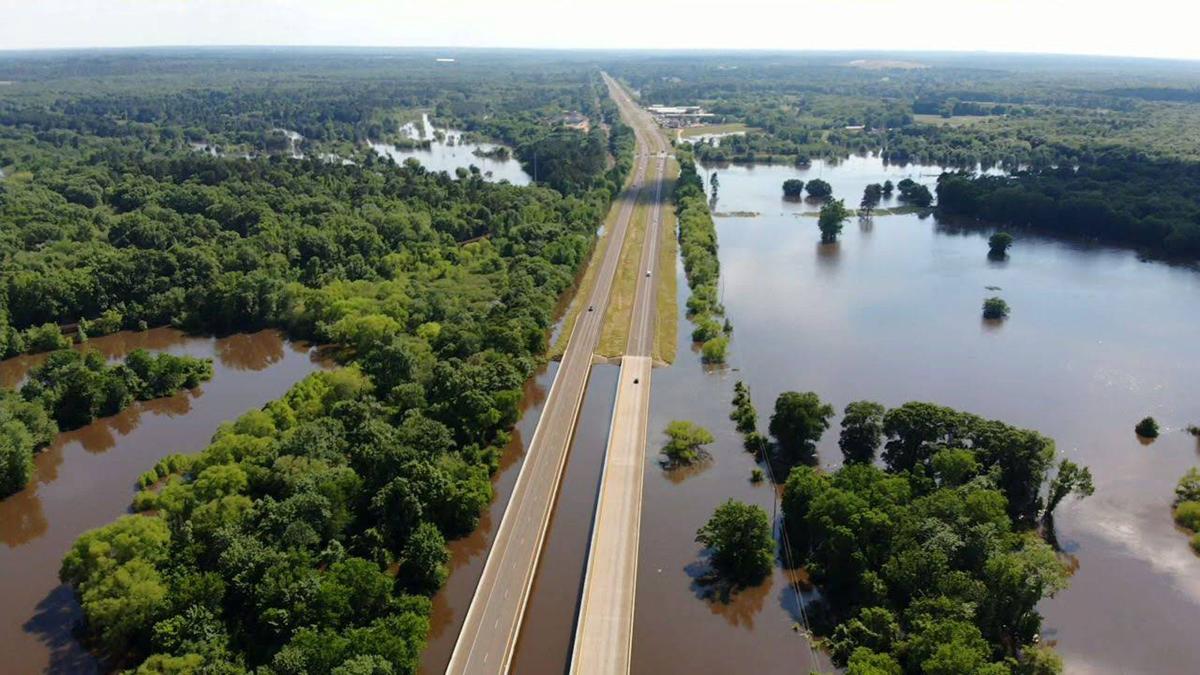 The Sabine River is seen at Texas 31 outside Loop 281. 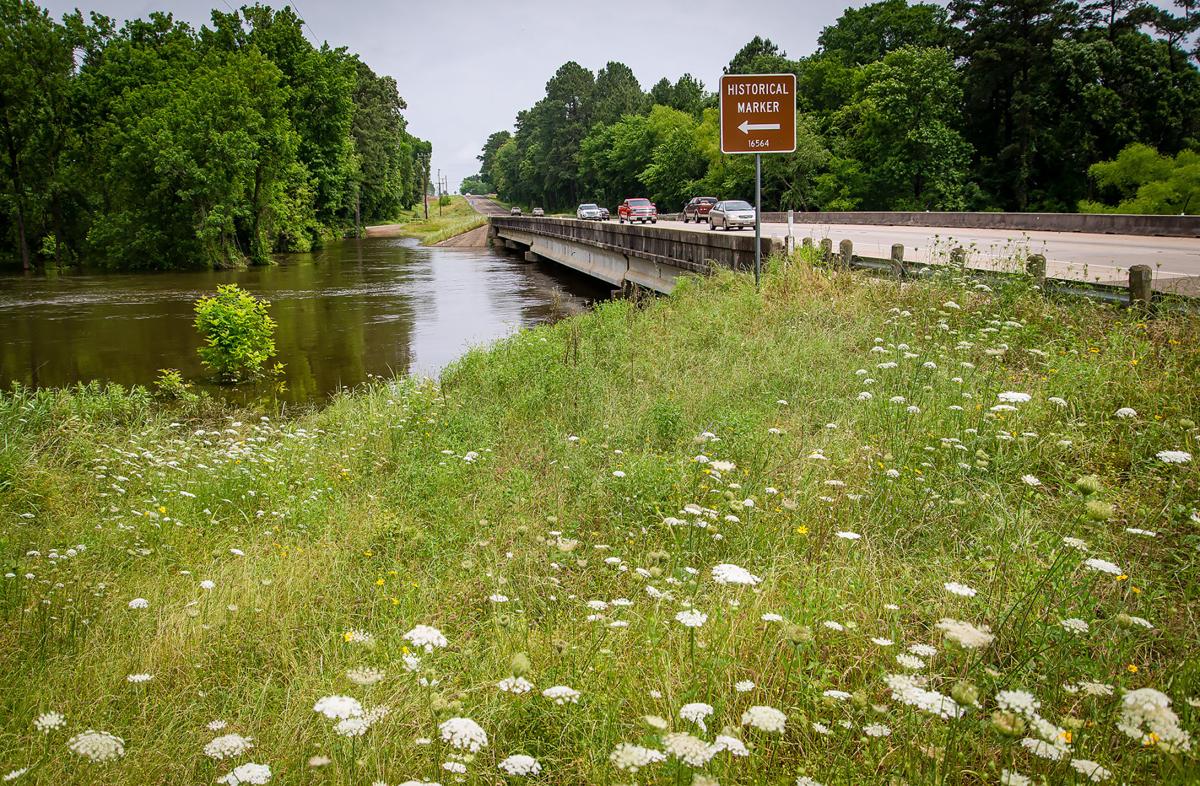 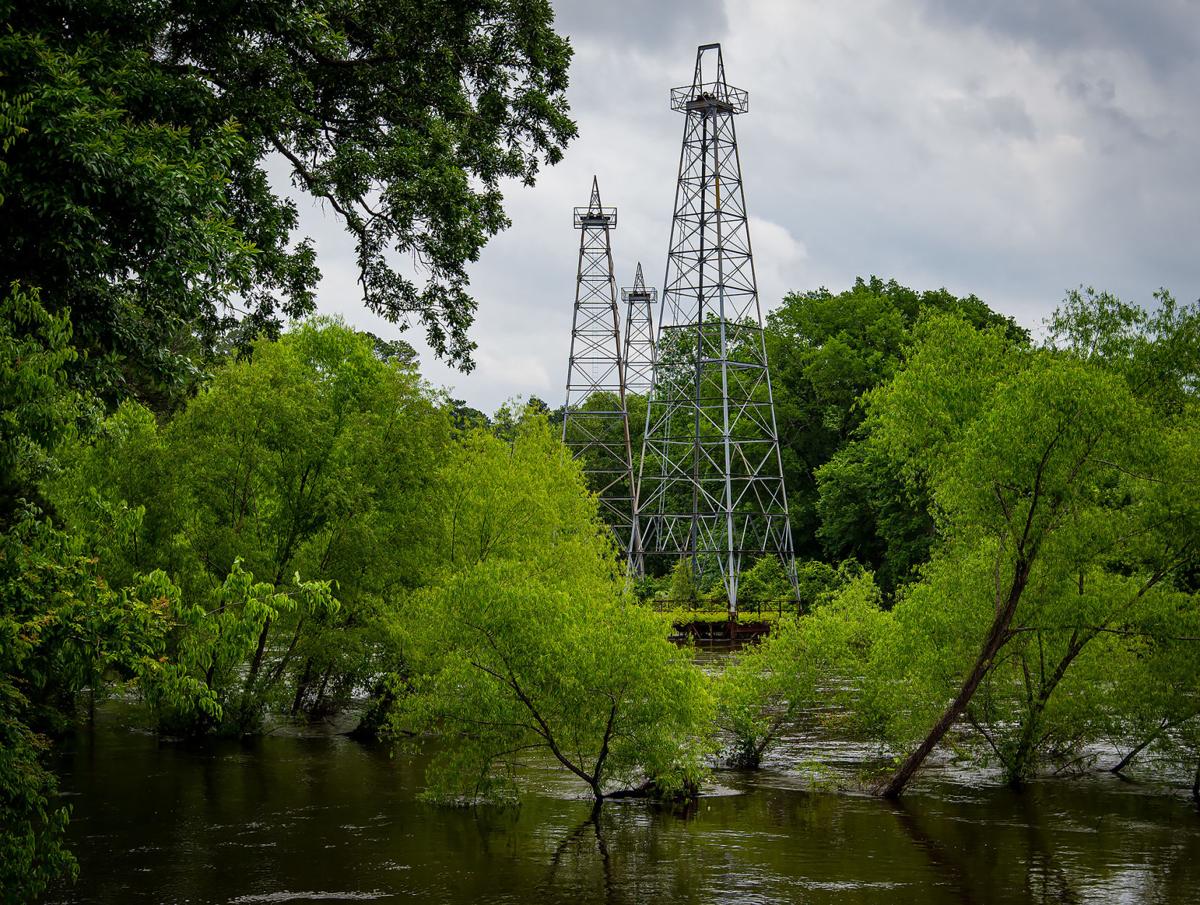 The Sabine River nears the platforms of the historic oil derricks Saturday near TX 42. 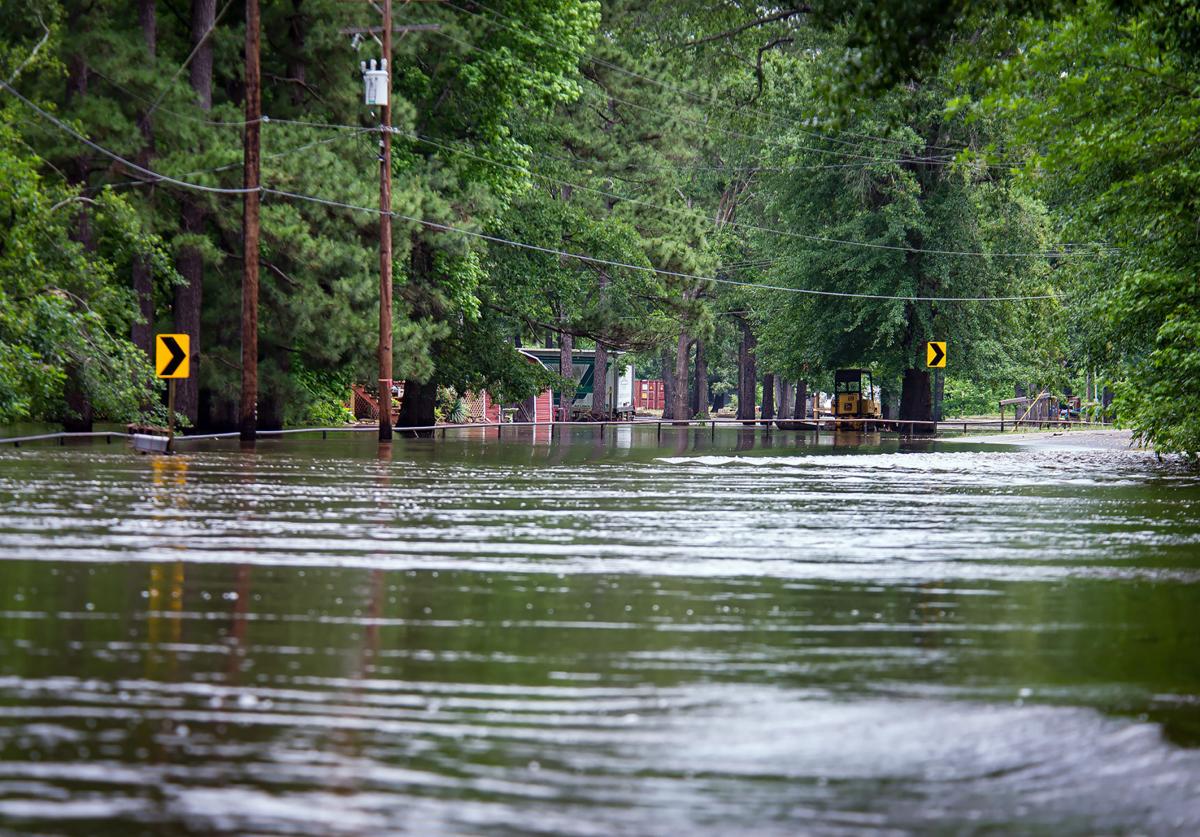 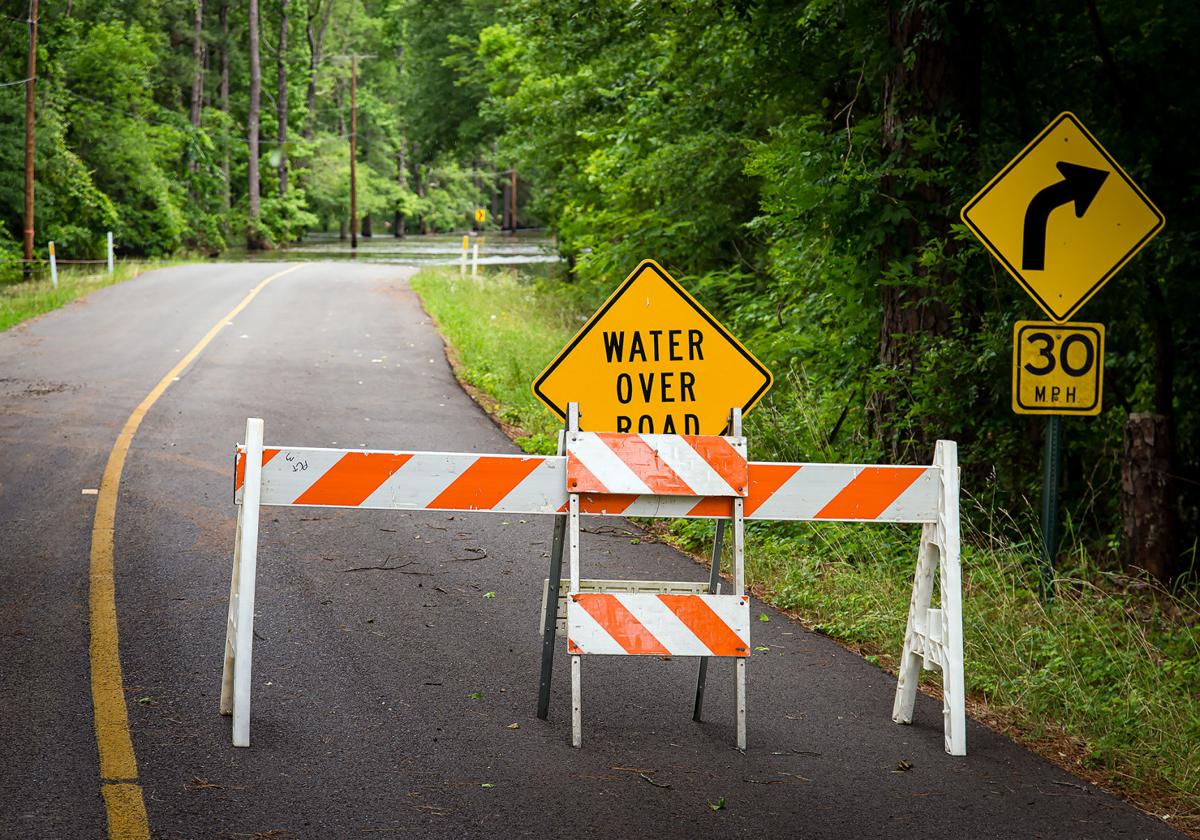 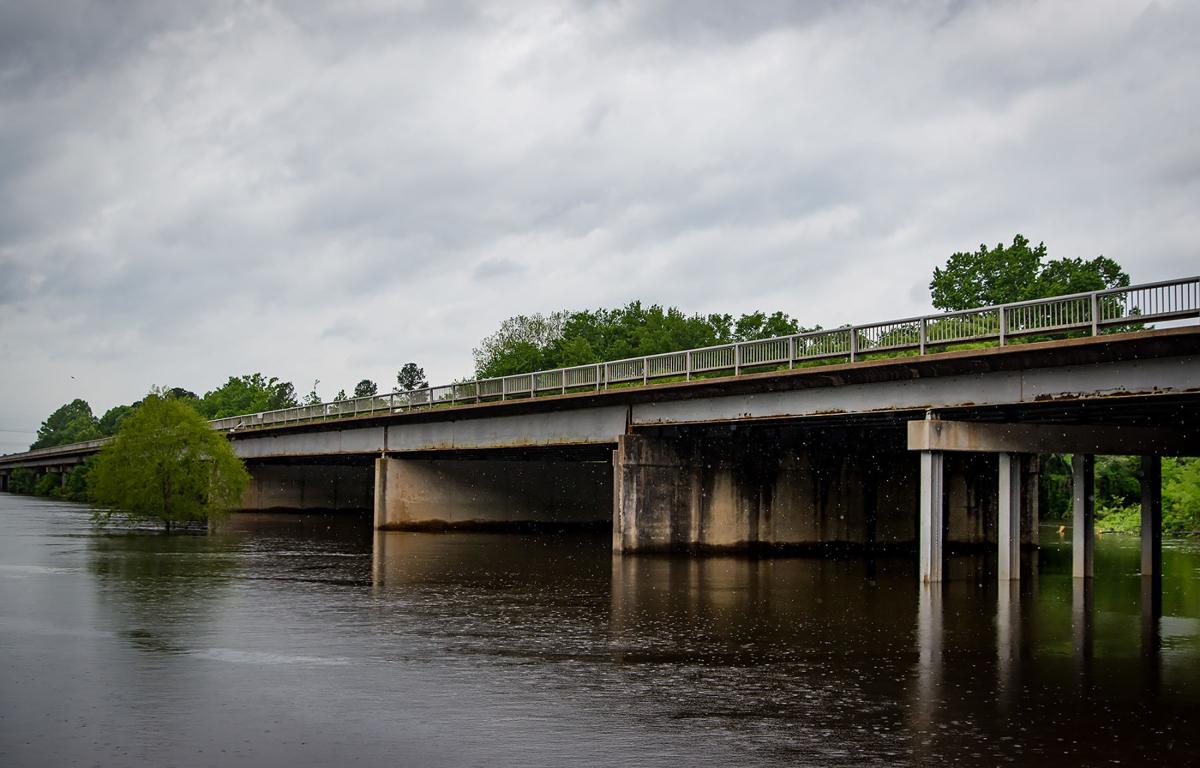 The Sabine River flows under US 271 in Gladewater Saturday, May 18, 2019. (Les Hassell/News-Journal Photo) 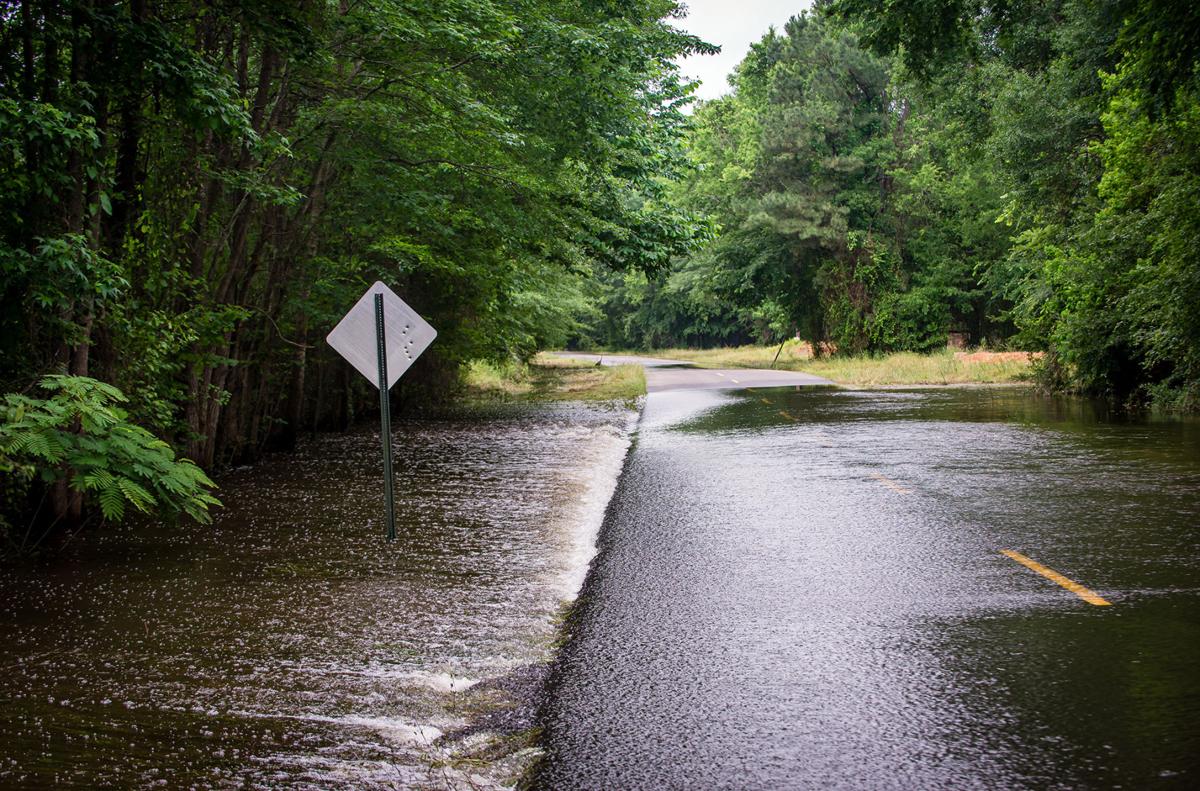 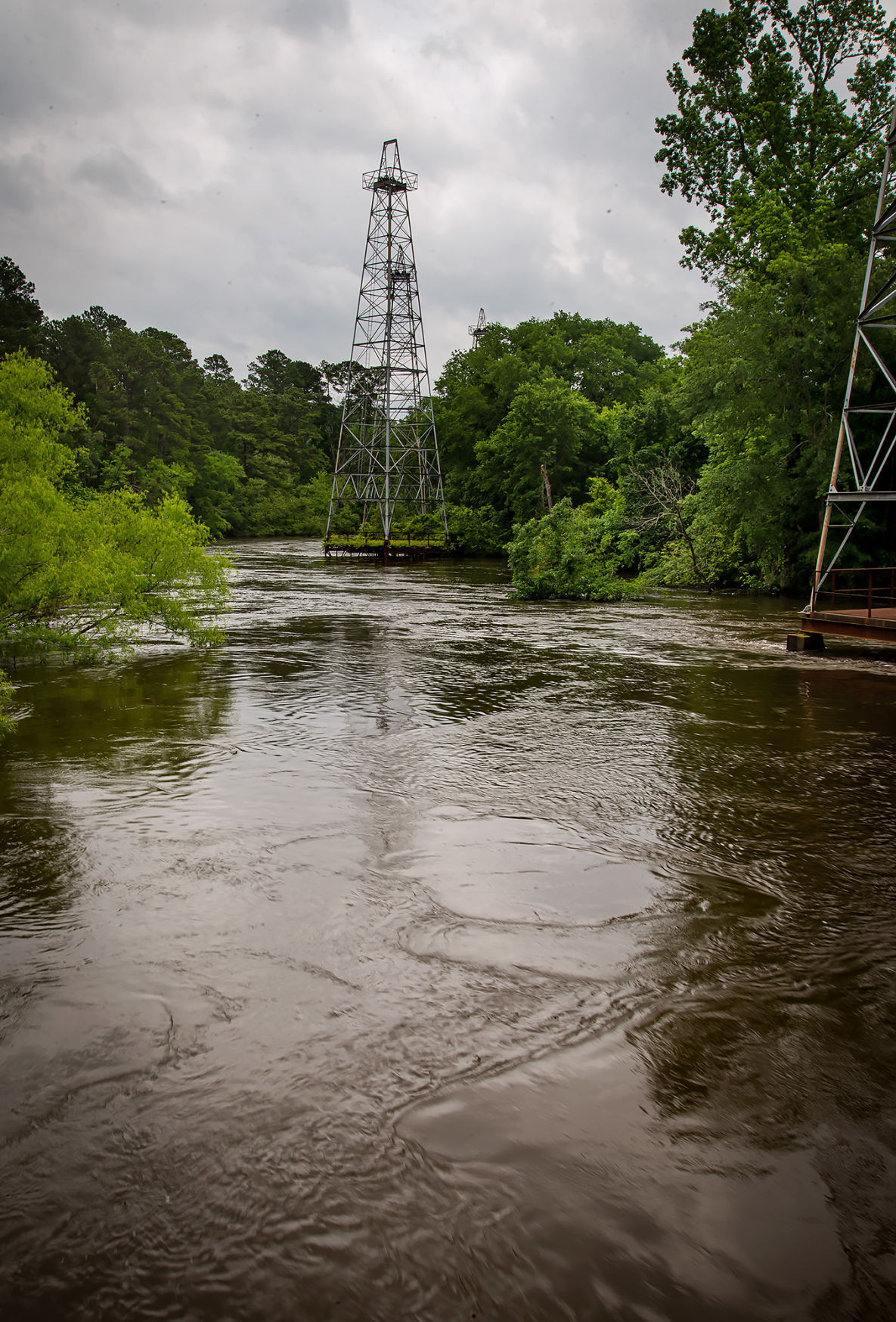 The Sabine River nears the platforms of the historic oil derricks near TX 42 Saturday, May 18, 2019. (Les Hassell/News-Journal Photo) 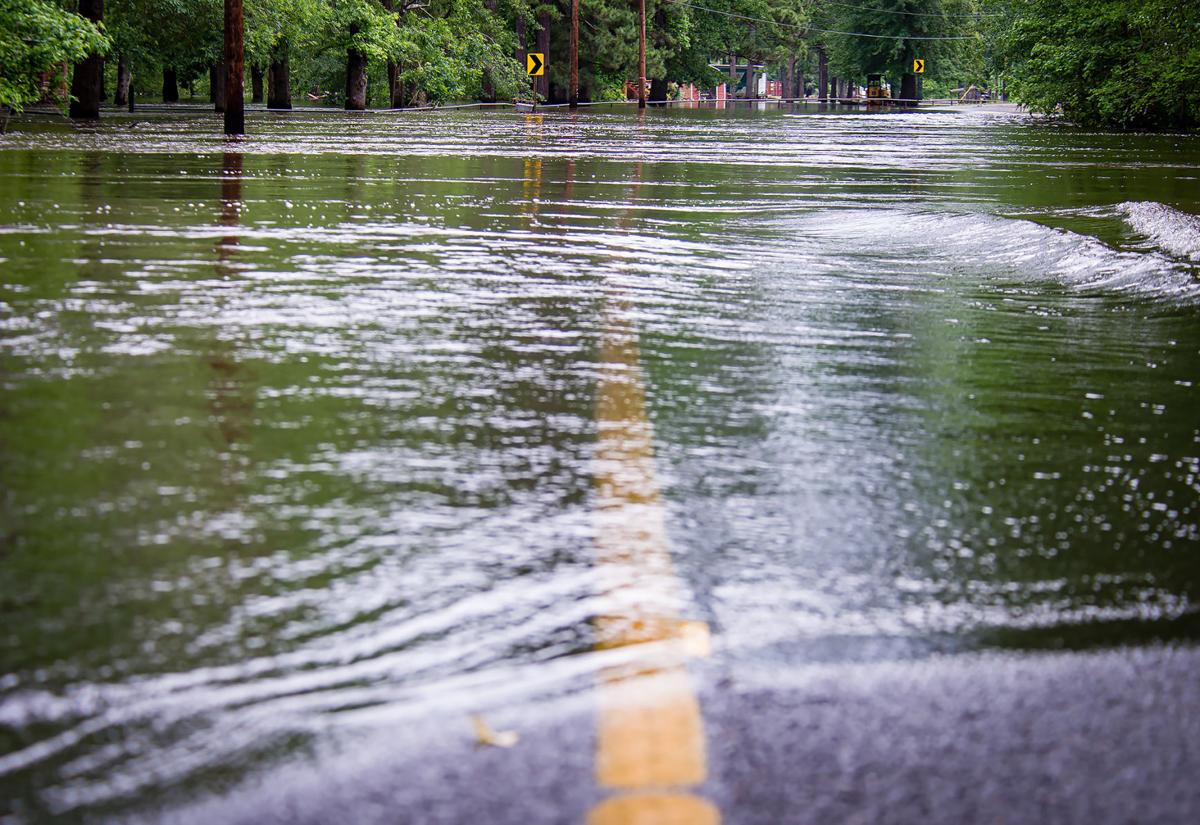 The Sabine River is seen at Texas 31 outside Loop 281.

The Sabine River nears the platforms of the historic oil derricks Saturday near TX 42.

The Sabine River flows under US 271 in Gladewater Saturday, May 18, 2019. (Les Hassell/News-Journal Photo)

The Sabine River nears the platforms of the historic oil derricks near TX 42 Saturday, May 18, 2019. (Les Hassell/News-Journal Photo)

While Gregg County is shaking off Saturday evening’s thunderstorms, Sheriff Maxey Cerliano is eyeing runoff from rains that fell to the northwest.

Storms earlier this month already left a visual impact on structures around Longview, and a rainier-than-usual winter and spring have swollen the Sabine River and its tributaries well out of their banks, causing voluntary evacuations and some road closures.

With good chances for more precipitation in the short-term forecast, the city’s rainfall total is already nearly 50 percent more than what would be seen in a normal year. Across Texas, the state climatologist said, rainfall totals by early last week were more than double normal since April 1.

Still, Cerliano doesn’t describe the situation here as unprecedented, but that could change depending on how much more water enters those swollen waterways.

“We are currently monitoring the storms that are in the Metroplex ... and whatever rain we get locally, but also what we get north could affect the Sabine River,” the sheriff said.

The National Weather Service has continued flood warnings for multiple points along the Sabine River.

Flood stage for the river near Gladewater is 26 feet. It was at 35.6 feet with moderate flooding occurring at 9:45 a.m. Saturday, but was expected to fall to 35.2 feet by this morning. At 36 feet, moderate to severe flooding with the closing of some secondary roads near the river is expected. Also, homes will be threatened with flooding and preparations should be completed for a major flood, the weather service said.

Flood stage for the Sabine River near Longview is 25 feet. At 10 a.m. Saturday, the river’s stage was 34.5 feet but forecast to fall to 25 feet by today. If the river reaches 35 feet, severe flooding is expected to impact several thousand acres of river bottom. In its path is petroleum equipment, secondary roadways and several structures.

The swollen river has resulted from a wet but not altogether uncommon spring rainfall season in the area, according to preliminary meteorologist data and the sheriff.

On May 8, the day severe storms whipped the city and region, Longview broke a five-year-old rainfall record. The city received 2.59 inches of rain that day, edging out the old May 8 record of 2.45 inches set in 2014, according to the weather service.

“It’s not out of the norm to get our heaviest rain in the spring months,” said Dayvon Hill, meteorologist with the National Weather Service in Shrevport. “We are in an El Nino this year, which has contributed to a little heavier rainfall.”

While wet springs aren’t uncommon, this one has the sheriff watching for more flooding.

“The river has crested earlier in the week, so we’re just watching the rain prediction to see what we get,” Cerliano said, “and we’re just going to have to wait and monitor that to determine how much rainfall that is and how that affects particularly the Sabine River here.”

If heavier flooding does occur, many of the county’s residents living in low-lying areas have already moved temporarily to higher ground, the sheriff said.

“Locally, the roads that are closed are the same roads that have been,” he said. “We had that situation last weekend where we knew we had some that had refused to evacuated, but as the river rose the next few days they decided to voluntarily evacuate … so there’s no one in an area that currently needs to evacuate that we’re aware of.”

John Nielsen-Gammon, the state climatologist, said the first 12 days of May were among the 10 wettest in many parts of the state, including Northeast Texas, and were the wettest start to May on record for the city of Tyler.

“We were below normal in some areas for the first few months of 2019, but April showers brought us up to normal for the calendar year,” he said. “In the past 30 days, most of the state received two to four times normal rainfall, and that includes areas like the Pecos River to Northeast Texas.”

The rains have lifted all areas out of the state out of drought status — but surprisingly some are still classified as “abnormally dry.”