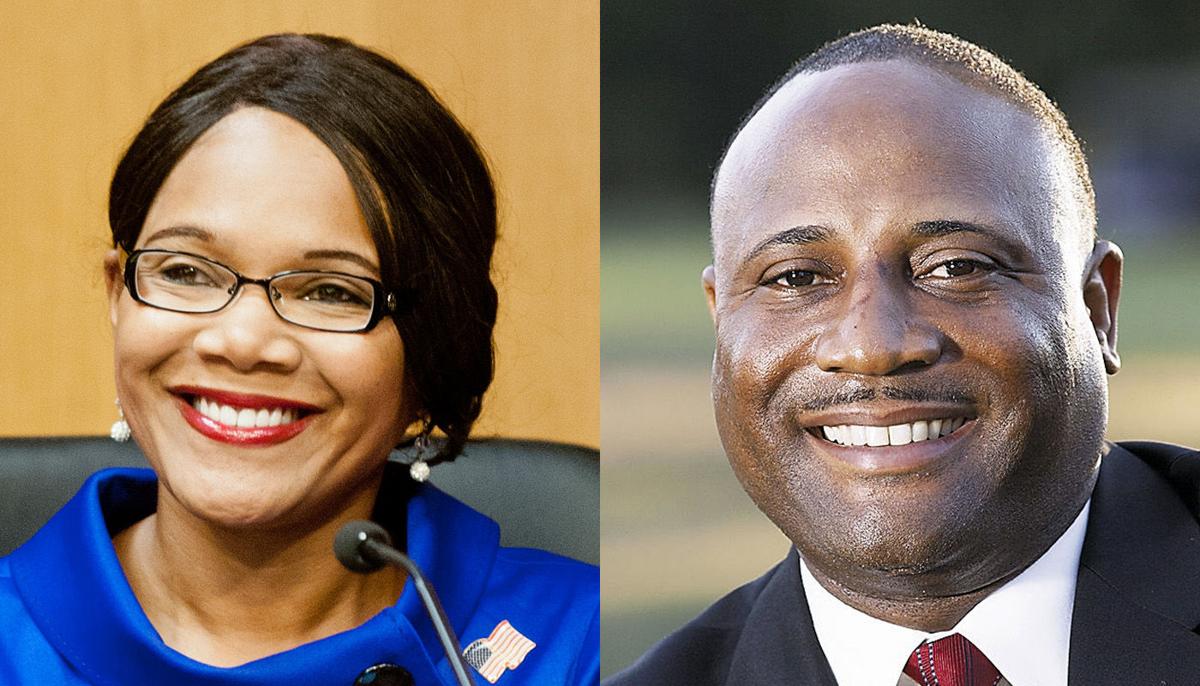 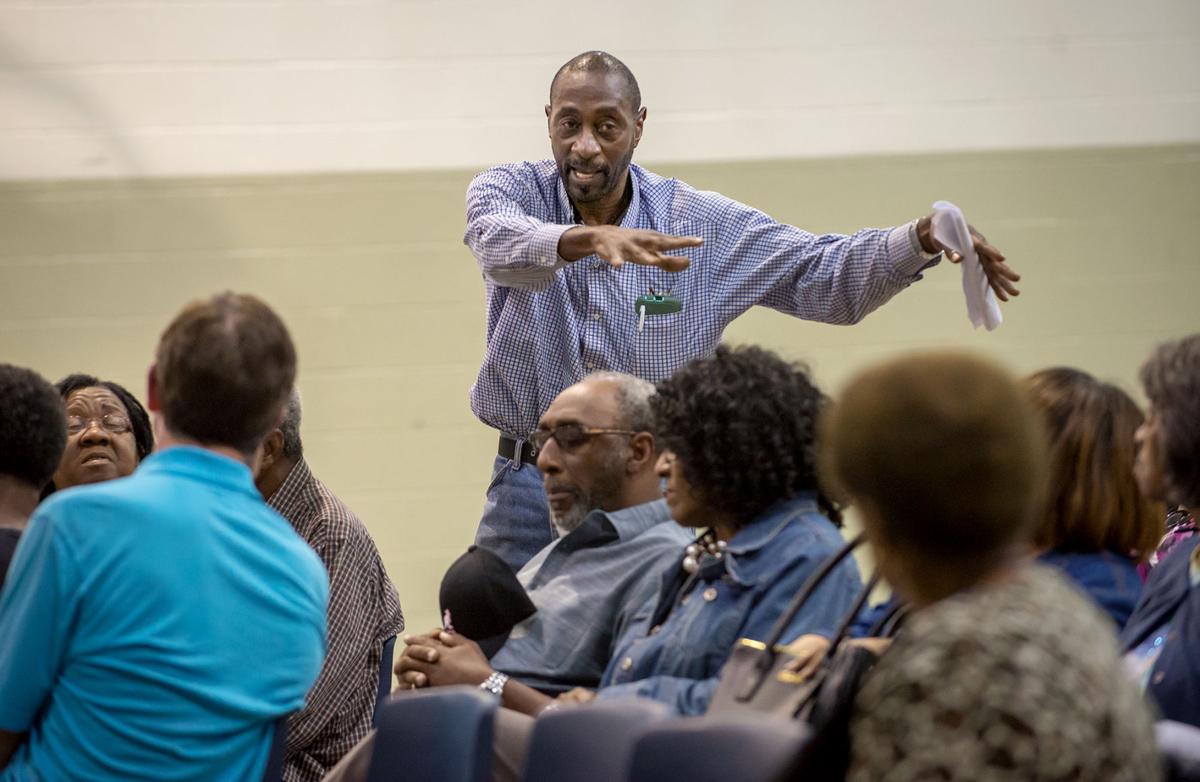 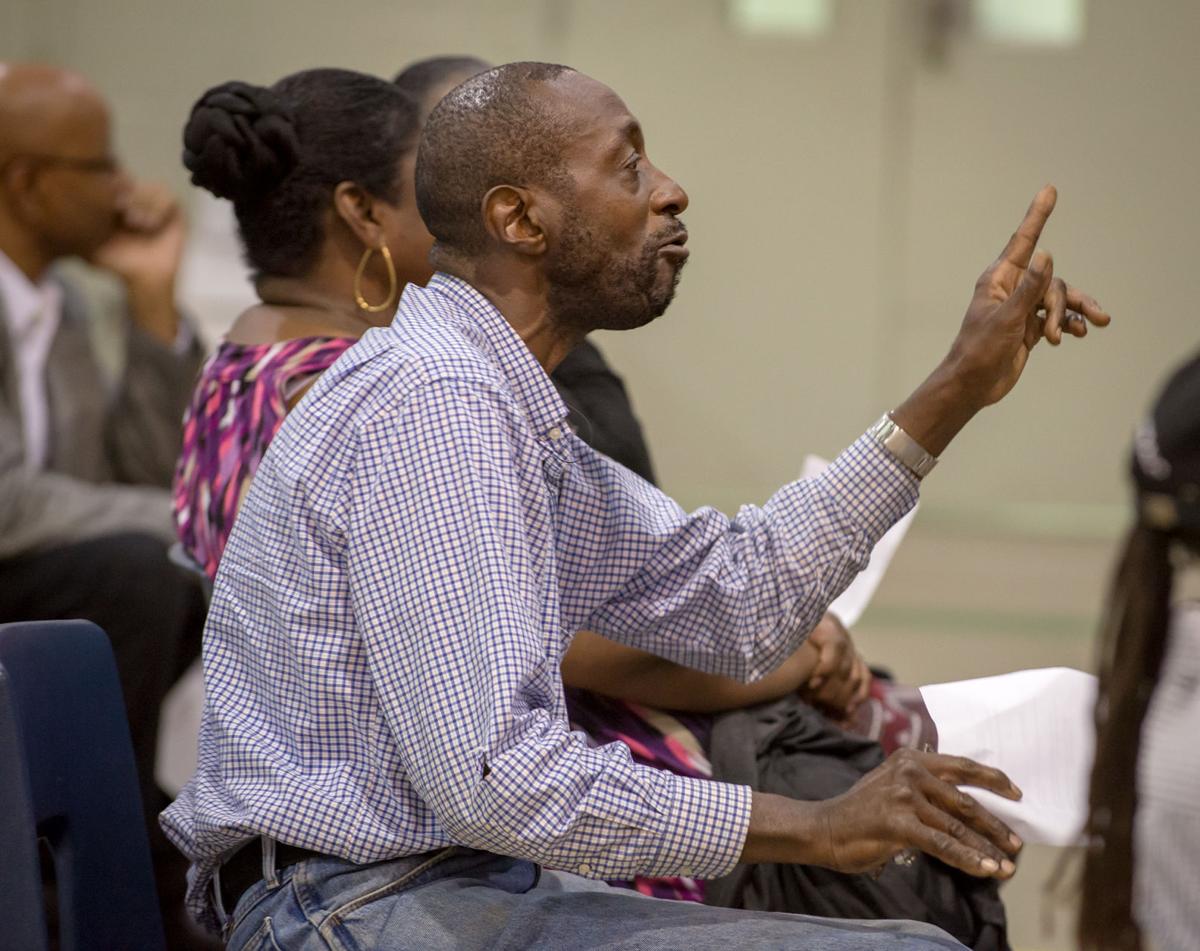 Dewayne Ward raises an issue during a Voter Education Forum on Monday at the Broughton Recreation Center. Ward was named in a lawsuit filed by former councilwoman Kasha Williams as a “vote harvester.” 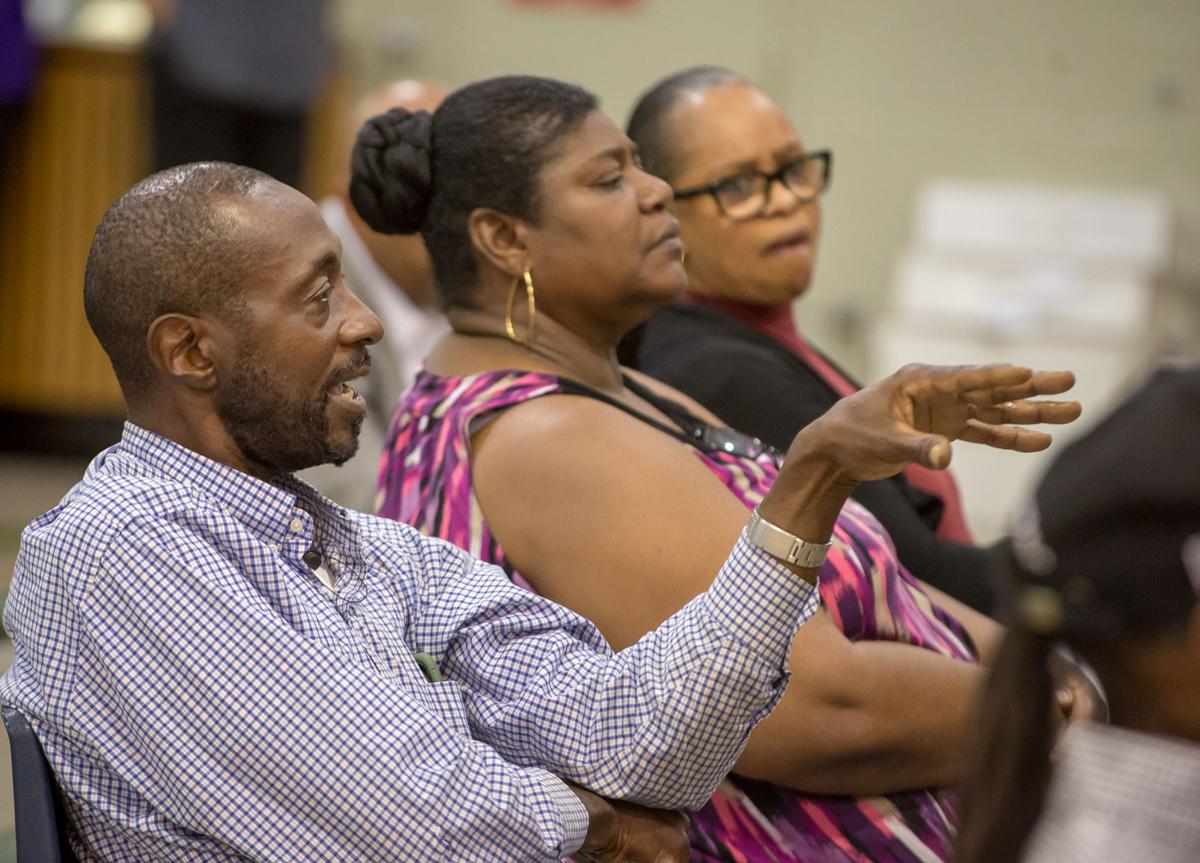 Dewayne Ward raises an issue during a Voter Education Forum on Monday at the Broughton Recreation Center. Ward was named in a lawsuit filed by former councilwoman Kasha Williams as a “vote harvester.”

A former Longview councilwoman who lost her Democratic primary bid for Gregg County commissioner names names and takes direct aim at mail-in ballots in an election challenge filed this week.

The lawsuit, filed in Judge Vincent Dulweber’s Gregg County Court at Law No. 2, describes “vote harvesters,” people it says are paid to solicit vulnerable voters to cast ballots by mail and manipulate their choices.

“This vote harvester group has been operating in Gregg County, Texas, for years,” Kasha Williams’ filing states, naming five people including the wife of her opponent in the primary, Shannon Brown. “They charge candidates fees for producing mail-in ballots.”

Brown, the Easton mayor, won his party’s nomination March 6 by five votes. The margin was upheld following a March 26 recount, preserving Brown’s 1,047 to 1,042 win. The Democratic nominee will face Republican G. Floyd in November to see who will represent a precinct stretching from southern Longview south to Easton.

Williams asks Dulweber to either declare her the winner of the contest or order a new election.

Williams, who resigned her City Council seat for the race, declined to comment Tuesday beyond the following statement:

“I appreciate your questions, but since this matter is now the subject of pending litigation, out of respect for the court, I do not think it is appropriate for me to comment at this time,” she wrote in an email. “Any questions may be directed to my attorney, Buck Wood.”

Cox is a former constable in Pct. 4 and is in a May 22 runoff with incumbent Pct. 4 Justice of the Peace James Mathis. The deadline to request mail-in ballots for that runoff is May 11.

Ward was one of two surrogates allowed in the recount room on behalf of Brown, who did not attend the recount. He defended mail-in balloting in Pct. 4 during a voter education seminar Monday sponsored by the Longview chapter of the NAACP and the Longview Metro Chamber of Commerce.

“We’re not talking about the vote, we’re talking about Pct. 4 and the mail-in votes,” Ward said at the Broughton Recreation Center seminar. “Absentee (mail-in voting) is a way for us to vote without being harassed, without losing a job, without getting kicked off the plantation. ... But we’ve got a problem when our candidate don’t win.”

Citing the Texas Election Code, Wood wrote that voters may be assisted with mail-in ballots only if they cannot write or see, are unable to read or incapable of physically mailing a ballot.

Of 824 mail-in ballots sent from Pct. 4 this past month, 787 were for the Democratic contests. About half those people were younger than 65 and claimed disability as a reason to vote by mail.

Wood includes seven exhibits in the filing. Those are Facebook pages he said belong to mail-in voters who were assisted in the primary.

The profile photos are typical: one is two men fist-bumping, others face shots or group photos. One, a woman describing herself as a Marshall ISD teacher, has no photo, just the Faceook default silhouette.

“The posts clearly show that the voters are not disabled in any way that would qualify them to be assisted,” he wrote. “Furthermore, direct contact with other voters who were illegally assisted in voted (sic) in this election reveals that the vote harvesters intentionally induced voters who were not eligible to vote by mail.”

Brown reacted to news of the lawsuit, which names him as sole defendant, by equating it with voter disenfranchisement. He referenced Saturday’s visit to Longview by civil rights-era leader U.S. Rep. John Lewis.

“It is disappointing that just two days after civil rights icon Rep. John Lewis visited Longview, a lawsuit to disenfranchise minority voters has been filed,” Brown wrote in an email response to questions. “It looks like in 2018, the frivolous lawsuit has taken the place of the water hose as the weapon of choice to attack a generation of voters who, like John Lewis, spilled blood, sweat, and tears to give African-Americans ballot access. “

Brown concluded by saying Williams’ “desperate move” comes after her deadline to seek a courthouse remedy.

“Because there was no change in the recount, the legal deadline for filing an election challenge remained March 26 according to the Texas Secretary of State,” Brown wrote in an email. “This desperate move to overturn an election is 15 days too late according to ... Texas Election Code.”

The section of the code referenced by Brown reads, in part, “If no change occurs in the recount in the number of votes received for a candidate or for or against a measure, the official result of the election is determined from the original canvass.”

A spokesman for the secretary of state could not immediately say when Williams’ window closed.

Although Williams accuses Brown of hiring a crew of vote harvesters, there is nothing in his campaign finance reports to indicate such a payment.

However, his Feb. 4 report states Brown spent $4,765 in personal loans without outlining what he bought. Candidates are required to itemize all campaign expenditures greater than $50.

Brown did not respond to an email asking about the expenditure.

His lawyer, Robert Heath of Austin, had not seen the lawsuit Tuesday and had no comment. Brown’s campaign finance director, Mark Pierce, also declined to comment on the lawsuit.

“I don’t have anything to say,” Pierce said. “This is the first time I’m hearing about it.”

He did deny the lawsuit’s claim that his candidate’s campaign had paid vote harvesters.

Judge to rule if Williams' election contest vs. Brown may proceed