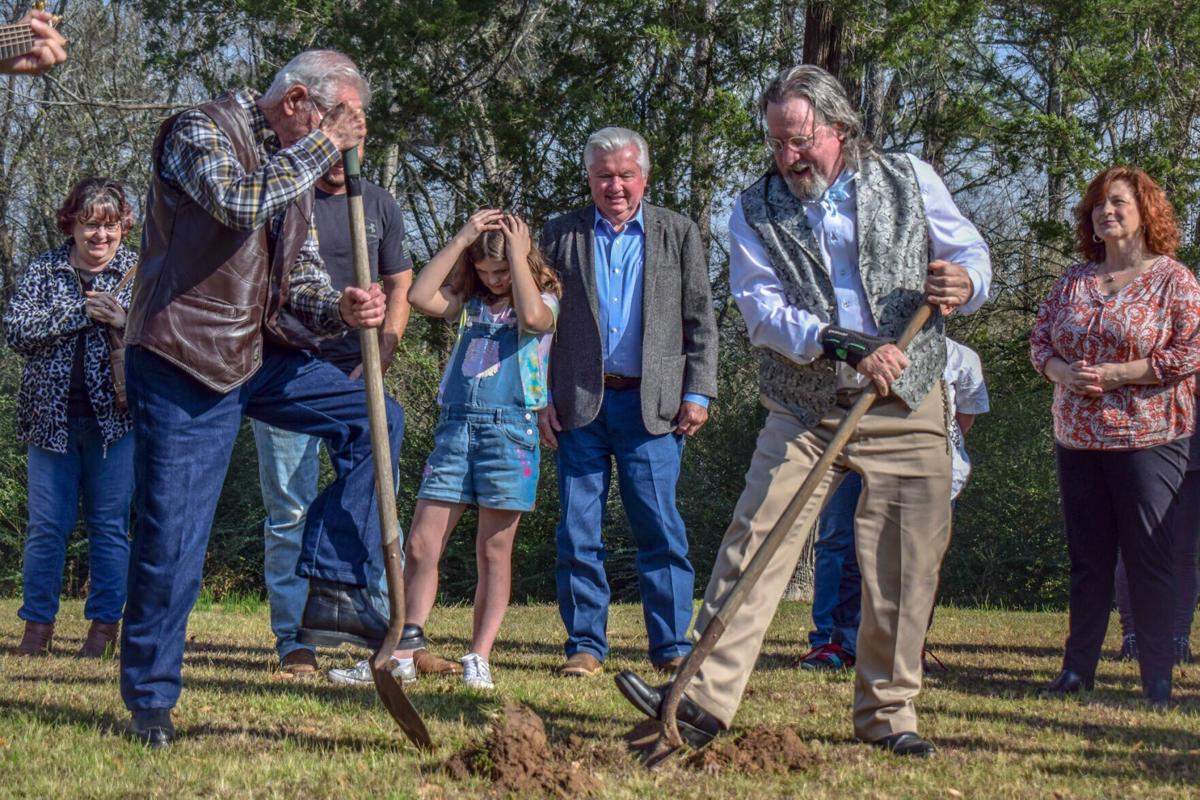 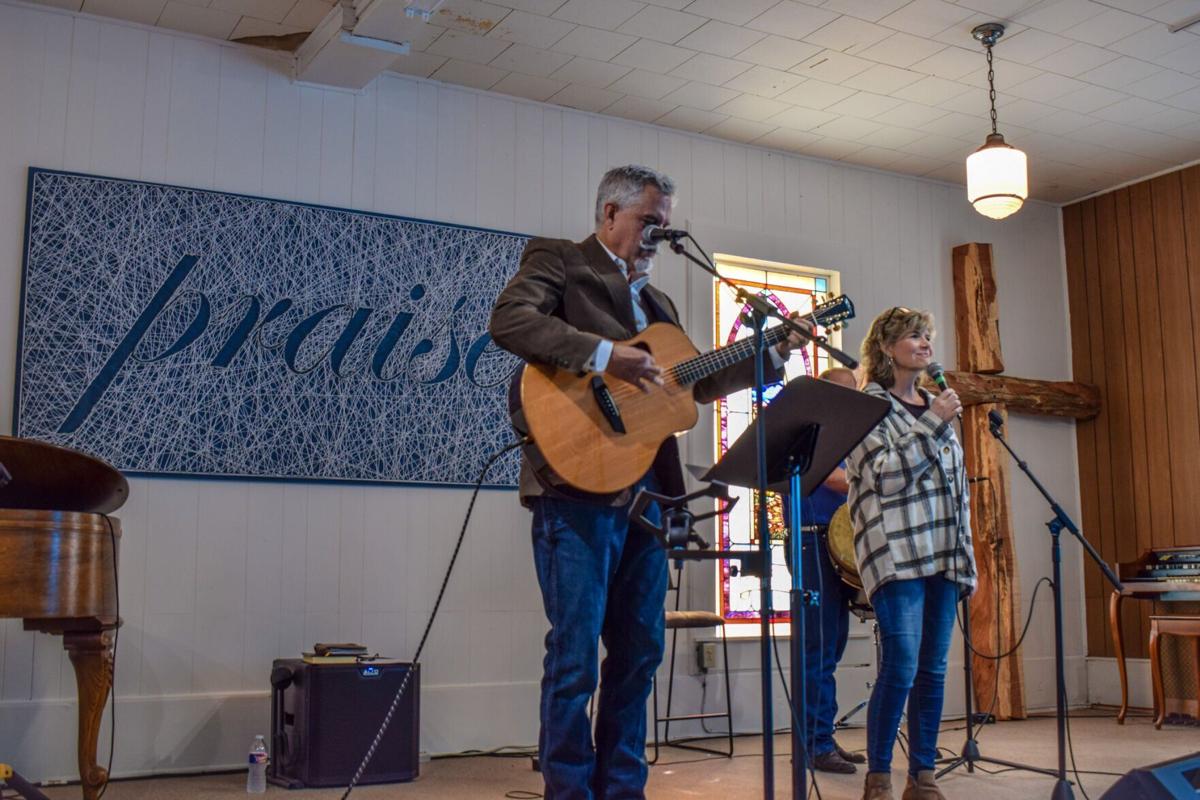 Starrville Methodist Church members perform at a memorial service Sunday, about a year after their pastor was shot and killed at the church. 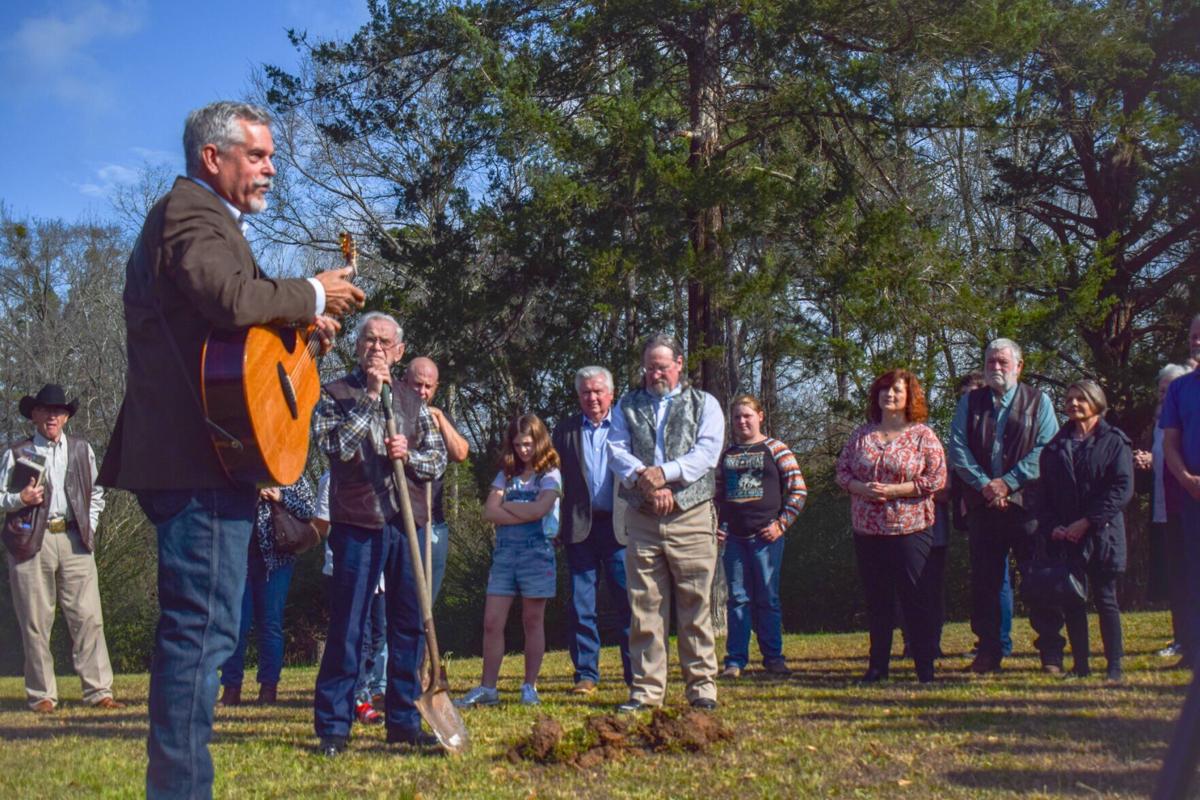 Starrville Methodist Church members gather for a memorial service Sunday in honor of their late pastor, Mark Allen McWilliams, who was fatally shot on the church’s grounds about a year ago. 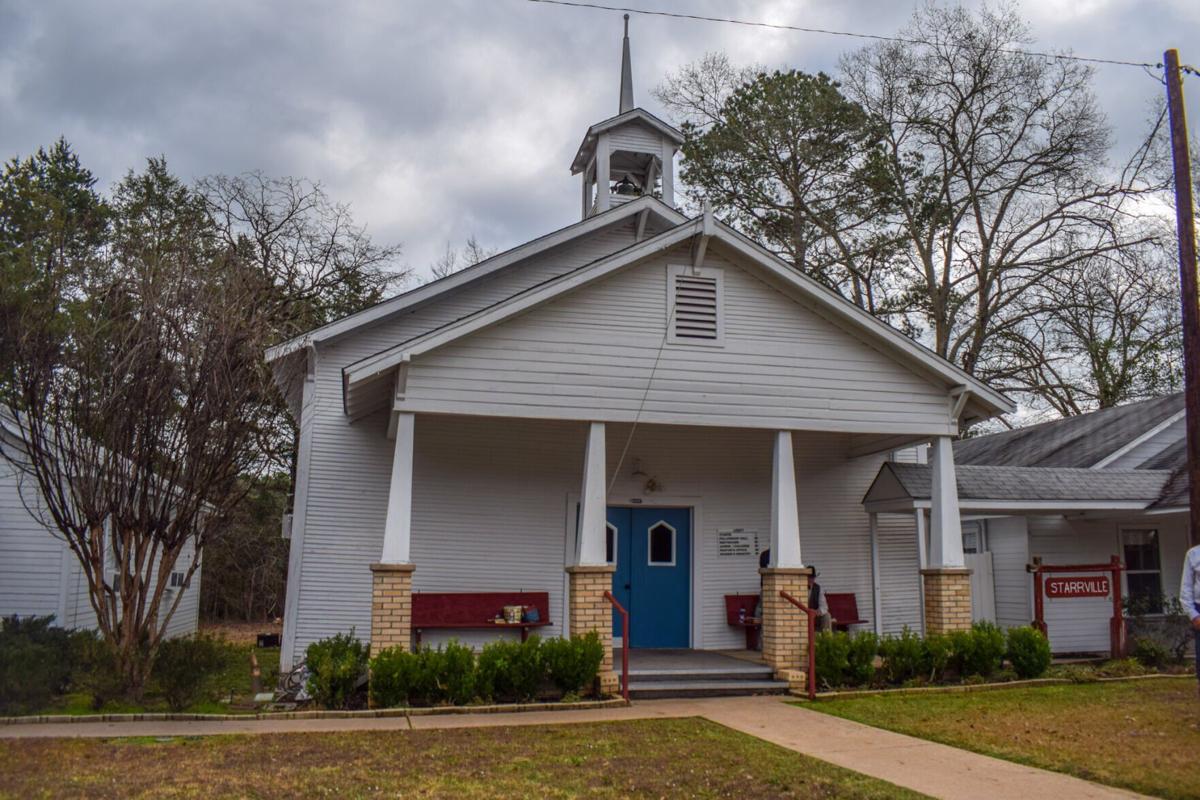 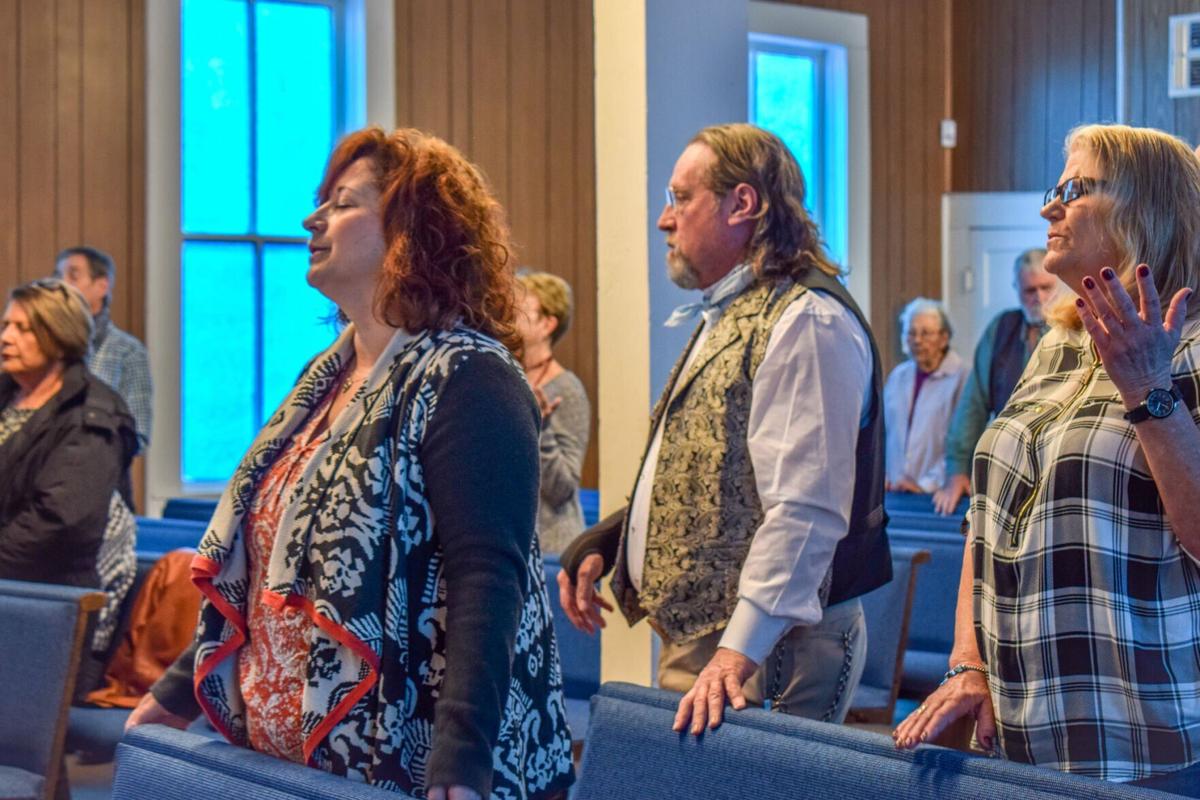 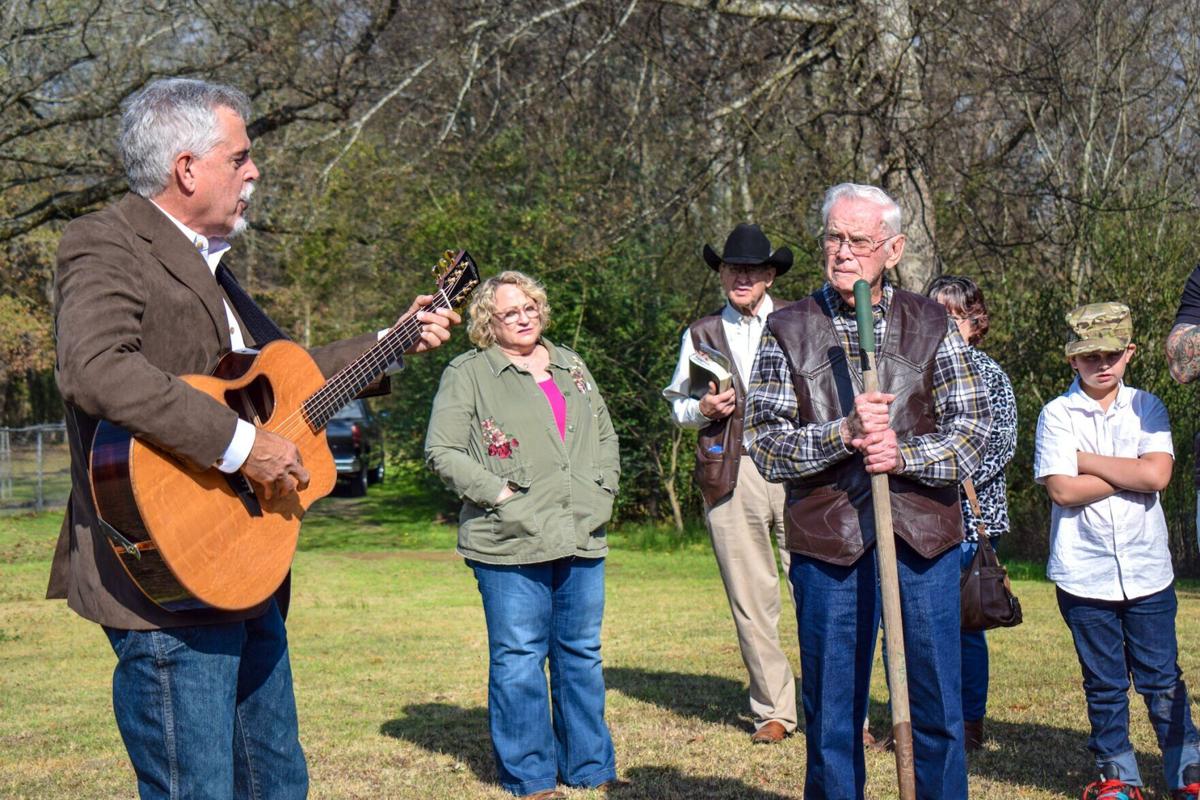 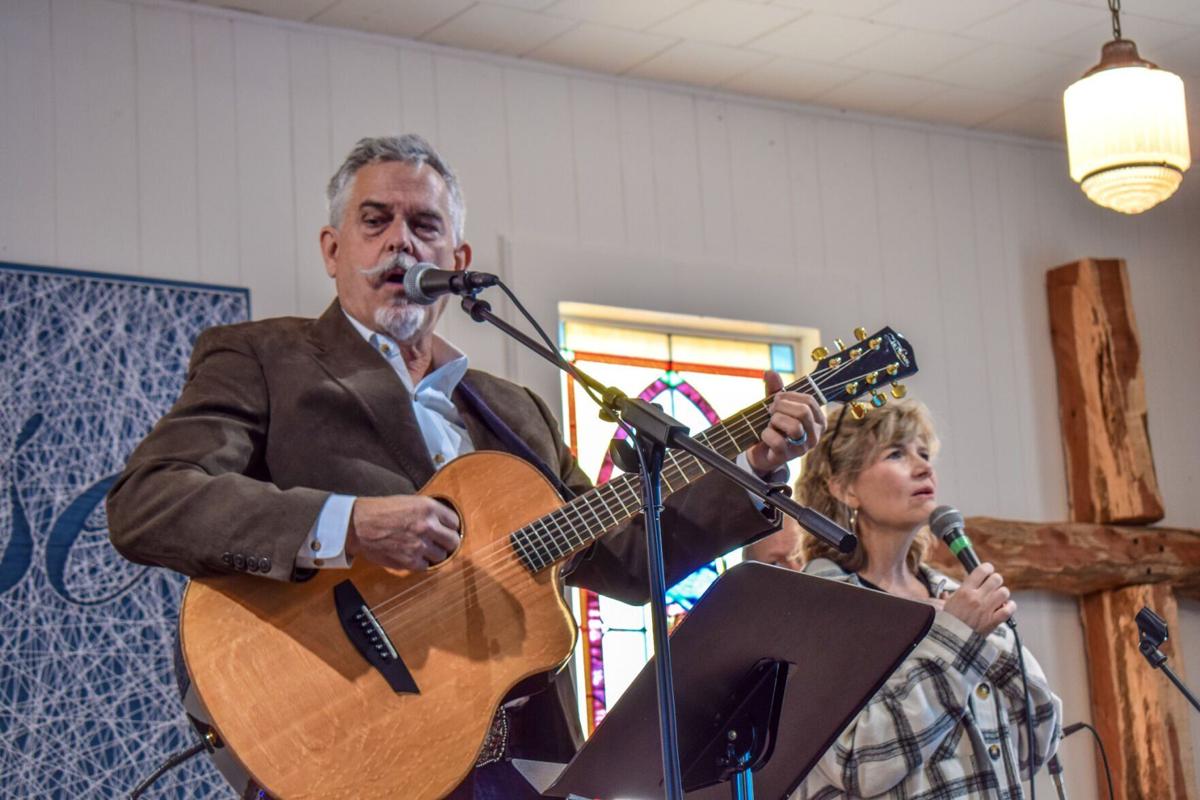 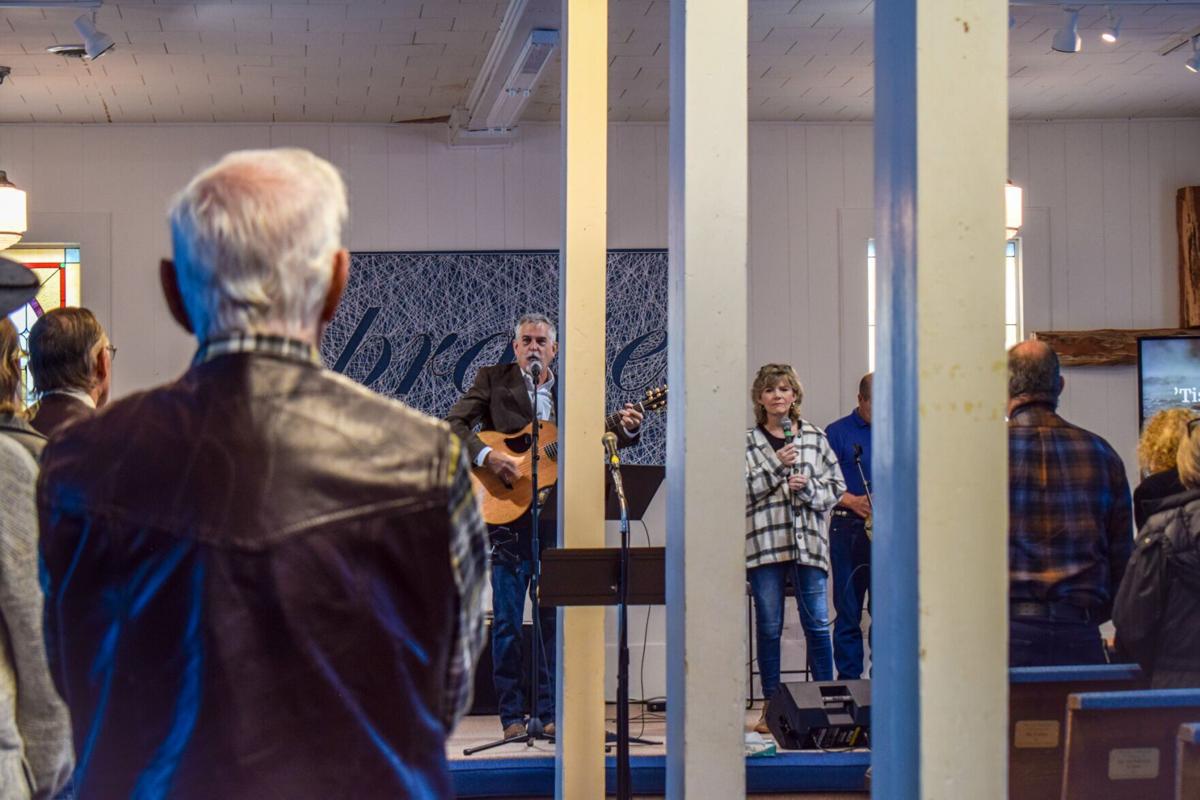 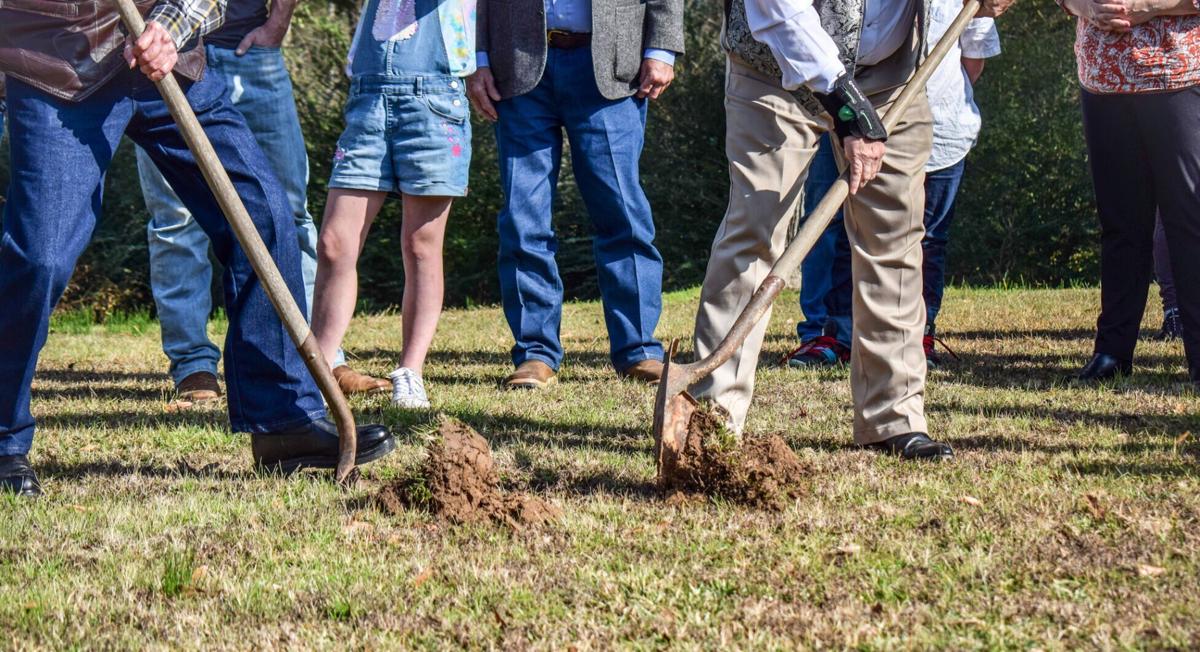 Starrville Methodist Church members perform at a memorial service Sunday, about a year after their pastor was shot and killed at the church.

Starrville Methodist Church members gather for a memorial service Sunday in honor of their late pastor, Mark Allen McWilliams, who was fatally shot on the church’s grounds about a year ago.

Members of Starrville Methodist Church cried and shared hugs as they united at the same location their pastor was shot and killed last year.

After a Sunday memorial service honoring late Pastor Mark Allen McWilliams, members of the church broke ground for a tree that will be planted in his honor.

On Jan. 3, 2021, McWilliams was preparing for church service that Sunday morning when he was fatally shot by his own gun, which had been wrested away from him by a suspect who hid from police inside the church in Winona overnight.

Just over a year later, the church, which has remained open, gathered for the anniversary of the “unimaginable tragedy.”

Linda Parrott, member of the church for shortly over a year, received many heartfelt hugs at the service. She said she was on her way to church the day McWilliams was shot and killed. After hearing what happened and seeing police vehicles outside, she said she was in disbelief and shock.

“I went home and... just crying,” Parrott said. She reached out to her friend and the pastor’s wife, Rosemary McWilliams, who she said couldn’t think to do anything.

“[Rosemary] said she could not come back to this church because of what had happened. ... She is having a very, very difficult time with this,” Parrott said.

The late pastor was first buried at the Winona Cemetery, but has since been moved to Frankston to be closer for his wife to visit.

“I remember the last words he said behind the pulpit were, ‘Maybe I may not even be here next Sunday.’ I don’t know if he had a premonition or what. He always encouraged us to pray,” Parrott said.

She said what happened was a tragedy but thinking of where he is now in heaven brings positivity. However, she said she has taken her pastor’s death really hard.

“My husband [Billy] and I both, we just loved him and love Rosemary,” Parrott said with tears in her eyes. “There’s not any special words that I can give you that would truly describe what a man of God that he was.”

A year later, the church now has new leadership. On the first Sunday of March last year, Paul Bolding stepped in to fill the late pastor’s role after visiting a few times to help with music and preaching. He said the number of people who attend the church has not been affected because of what happened, but COVID-19 has. There are currently about 40 members who attend.

“Rosemary walked in here two days after watching her husband died and she said this,” Bolding said, as he read a statement Rosemary said last year at the funeral service.

“You have said, ‘I will take what the enemy has meant for evil into good,’ and I hope you turn it into good for this church, for the community, for churches across the country, for Christianity, for the next generation. Lord, you are so good,” were the words Rosemary McWilliams said at her husband’s funeral service.

At Sunday’s memorial service, a member of the church stood at the front door to welcome those who entered. Since the tragedy that happened on the church’s grounds, Bolding said the members of the congregation are very close and tight knit, possibly because of what happened, he said.

“At the moment that Mark was standing there and the bullets began to pierce his skin, God is saying that he is being made into the image of God quicker,” said Bolding to the congregation in his sermon.

“Immediately, when his heart stopped, he was with the Lord. Unimaginable. Unimaginable tragedy. But God is so thorough, he made a way in every detail. Mark is praising God with all his heart, free from any encumbrance whatsoever. He’s now getting a glimpse of what eternity is going to be like,” he said.

Bolding said there was a forgiveness service last year, where every person at the church got to walk through forgiveness if they chose to. He said they keep forgiving.

The tree that will be planted in honor of McWilliams is being donated by Breedlove Nursery and is an October Glory Maple that turns orange and bright red in the fall. The tree will grow 40 to 50 feet, said Bolding, and will be proof of new life, which he called God’s plan. After breaking ground where the tree will be planted, the congregation sang “Amazing Grace” and said a prayer.