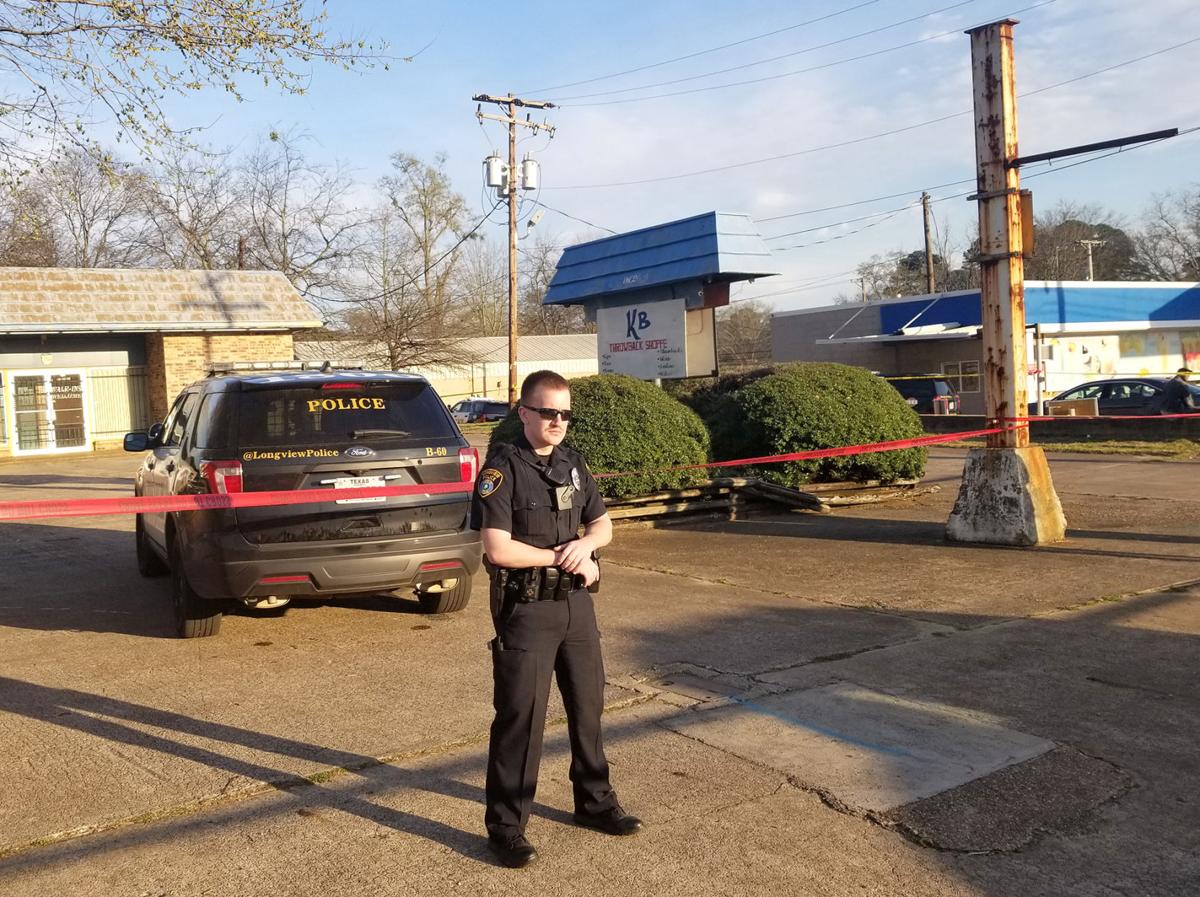 A Longview police officer stands outside the taped-off KB Throwback Shoppe on Saturday after a man was found shot to death. 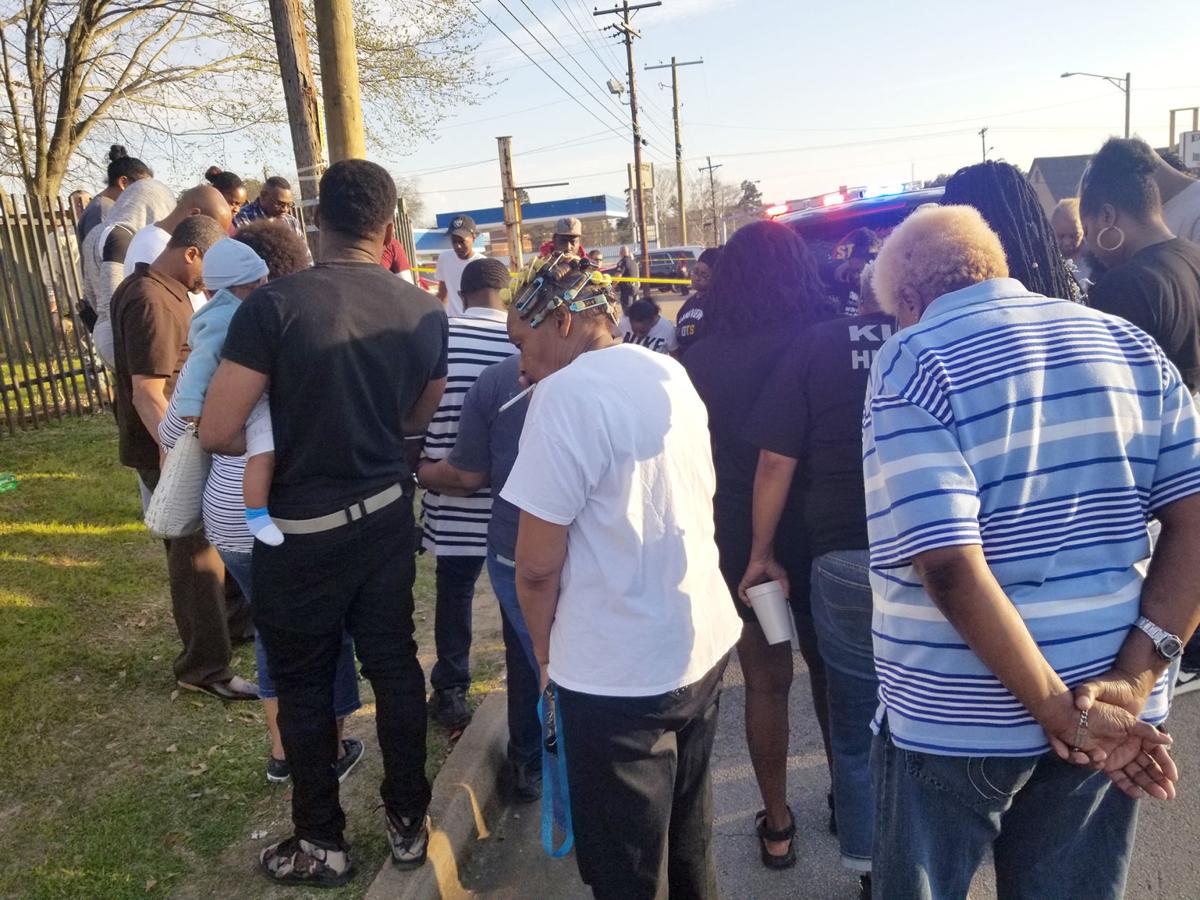 People gather Saturday to pray outside a business in the 1700 block of South Mobberly Avenue in Longview after a man was found shot to death.

A Longview police officer stands outside the taped-off KB Throwback Shoppe on Saturday after a man was found shot to death.

People gather Saturday to pray outside a business in the 1700 block of South Mobberly Avenue in Longview after a man was found shot to death.

Longview police are investigating the death of a man found shot to death Saturday. It's the city's fourth homicide of the year, matching the total for all of 2019.

Officers responded to the shooting at 3:19 p.m. Saturday in the 1700 block of South Mobberly Avenue, where they found the man dead.

Police have not released the name of the victim or provided additional details.

At about 5:30, about 40 people gathered in a circle holding hands in the street outside the business as the Rev. Rayford Ingram of the Springfield CME Church of Tatum led a prayer. Two women then crouched next to a police vehicle and cried.

Ingram said he only knew the victim by his nickname, "Jo Jo."

Other people at the scene Saturday either declined to comment or said they just arrived and knew nothing about what had happened.

In the city's first homicide of 2020, Eduardo Sereno, 19, was charged with criminally negligent homicide in the Jan. 22 Scenic Drive shooting of his cousin, Bryan Rivera, 17, who died the next day.

Brandon Keith Harris, 36, was charged with capital murder for retaliation judge/justice in the Jan. 30 shooting death of Valerie Hackett, 24, at Ware Meadows Apartments. Police said Harris went to the apartments to “shoot the victim and other victims” in retaliation for a previous arrest.

And Nolan Trezhon Gardner Johnson, 20, of Longview was arrested Feb. 19 on a first-degree murder charge after the fatal shooting of Damian Devon Daniels, 26, of Gladewater a day earlier outside the home Johnson shared with his mother on Finch Drive.

Longview police said they will release more information on Saturday's homicide as the case develops.