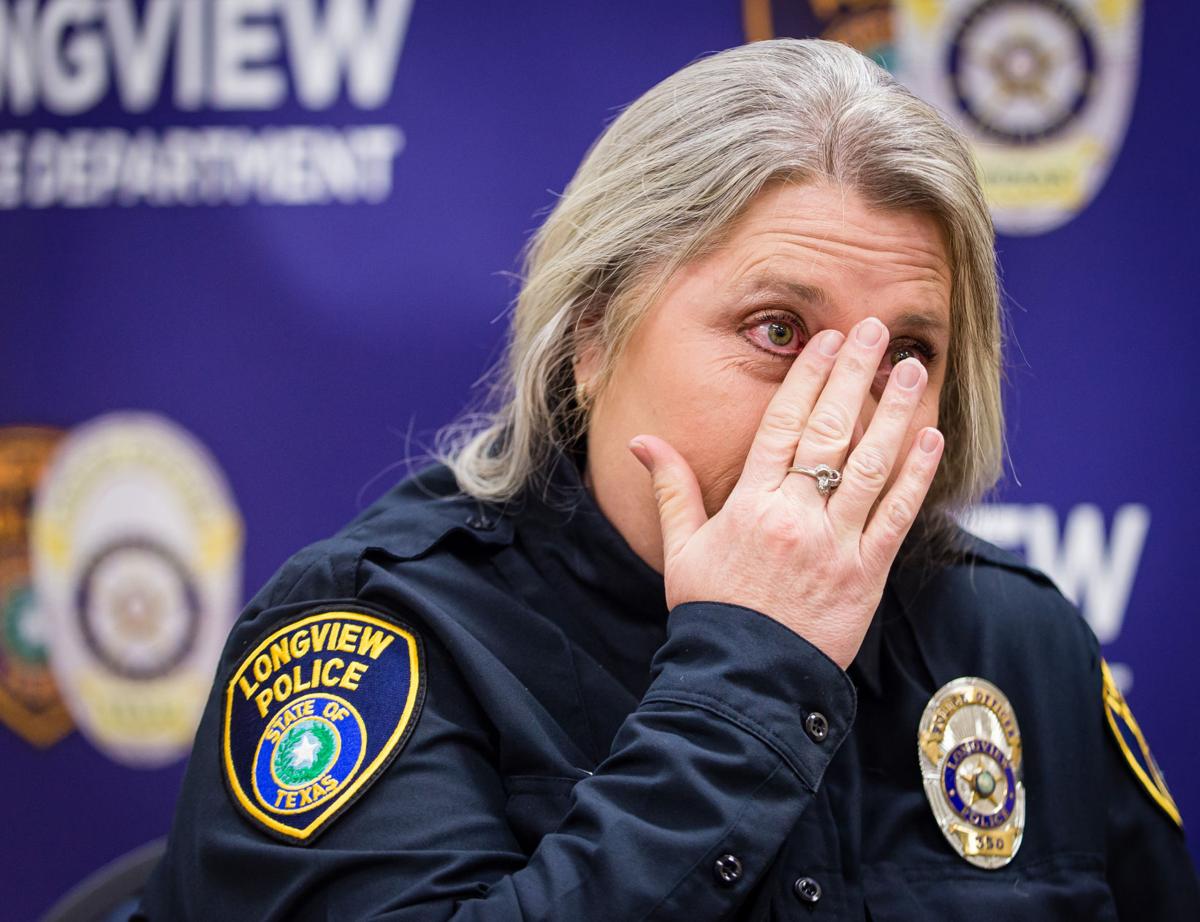 Longview Police Department spokeswoman Kristie Brian gets emotional as she talks about her upcoming retirement during an interview Wednesday. After 16 years with the department, Brian will retire Feb. 21. 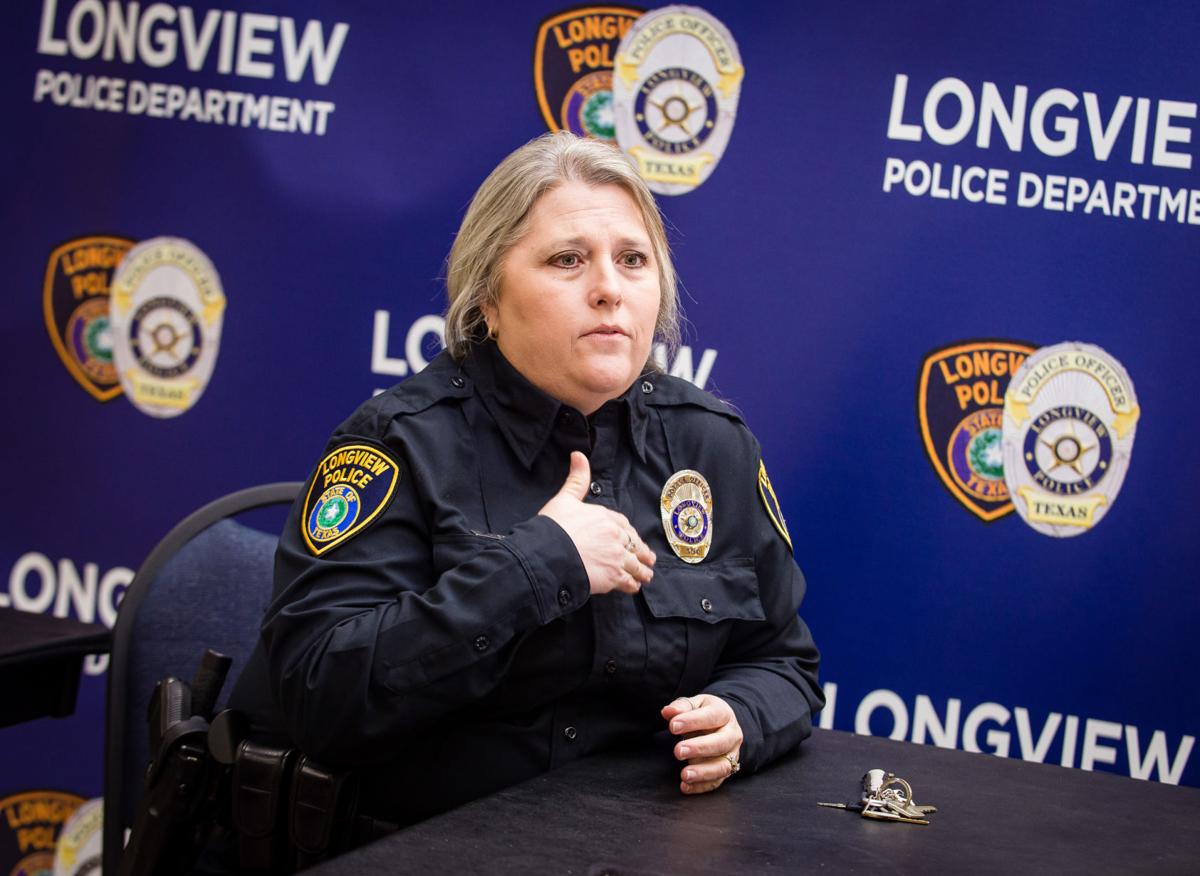 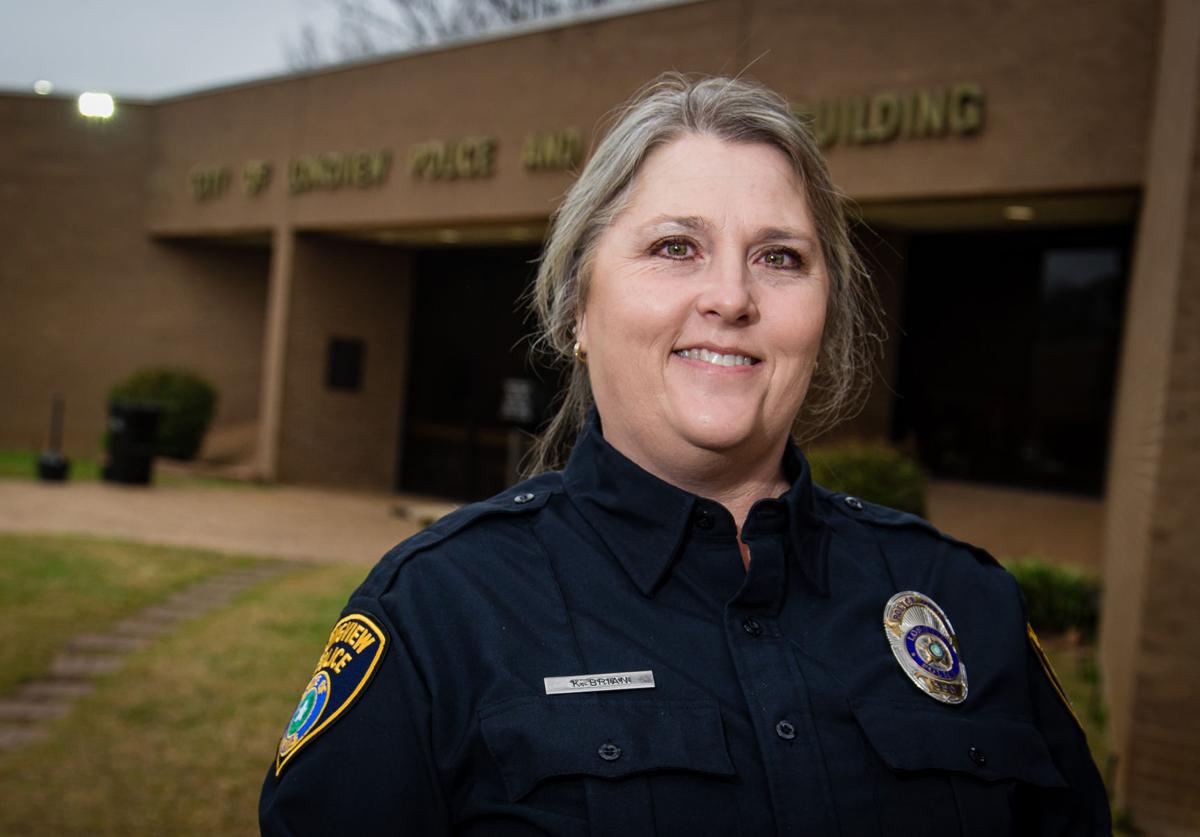 Longview Police Department spokeswoman Kristie Brian stands outside the Longview Police and Courts Building on Wednesday. After 16 years with the department, Brian will retire Feb. 21.

Longview Police Department spokeswoman Kristie Brian gets emotional as she talks about her upcoming retirement during an interview Wednesday. After 16 years with the department, Brian will retire Feb. 21.

Longview Police Department spokeswoman Kristie Brian stands outside the Longview Police and Courts Building on Wednesday. After 16 years with the department, Brian will retire Feb. 21.

In one week, Kristie Brian will retire from her full-time job at Longview Police Department to open an insurance office in Winnsboro.

She might still be seen in badge and uniform around Longview as a reserve officer, but she will no longer be the department’s spokeswoman.

After 16 years in law enforcement, as a patrol officer, police area representative and a public information officer for Longview Police Department, Brian is retiring Feb. 21.

She often has been the face of the department and the city during significant moments over the past decade, from homicides to officer-involved shootings.

She also has been of service outside the microphone or camera, serving as instructor for Longview Teen Court, the Women’s Safety or Explorer programs, along with on the Gregg County Adult Protective Services board, among others.

Brian has been a familiar face of security at a number of events held at Maude Cobb Convention and Activity Center, Heritage Plaza or elsewhere in the city. She also was one of the original members of the East Texas Human Trafficking Team that formed under guidance from the Zonta Club and the city’s Partners in Prevention division.

She said she plans to move to Winnsboro, where she will open a Farmers Insurance office. But from time to time, Brian intends to return to Longview as a reserve officer, she said.

“I appreciate all of the citizens and the community that put so much faith into the department over the years,” she said, “and all of the friendships.”

Brian joined the department 16 years ago as a patrol officer.

After nearly three years, she received the police area representative assignment for Beat 40, which includes East Marshall Avenue. She called it her favorite assignment.

“I loved Beat 40 and the East (U.S.) 80 area,” she said, adding that she believes the area has seen improvement over the years.

“There’s been a lot of focus on East 80 through Mayor (Andy) Mack’s Go-Giver Gala this year focused on East 80 and the Teague Park area,” she said. “There’s been a lot done and motels torn down. I think it’s come a long way. You still see the ladies out there walking sometimes and the people hanging out, but I just don’t think it’s as much as it used to be.”

In 2010, former Longview police Chief J.B. McCaleb asked Brian to consider becoming the department’s public information officer. She had early reluctance because of her desire to remain on Beat 40, but after some thought, she applied for and later accepted the job.

“For me at the department, (being a PAR officer) is probably one of the best jobs, because you get to be in the community. You get to talk to people, whether good or bad. You can go out and work traffic, or you can do a crime watch group. That’s how you meet the most people, I think, is being in a PAR unit,” she said.

Her experience in talking to people — and particularly the media — aided her transition into department spokeswoman.

Providing information to the public on cases involving a death were most challenging, she said.

“You can’t let your emotions show when you’re talking about somebody’s family member that has died, no matter what the circumstances are,” she said. “There’s just no good way to talk about that.”

She served as the PIO until 2017, when the job was split up. Shane McCarter became the department’s spokesman to broadcast and print media, while Brian handled social media.

When McCarter retired about a year ago, Brian started handling both jobs.

“I never went back to being the PIO, but I kind of assumed those duties again,” she said.

Through the department’s Women’s Safety Program, Brian instructed more than 1,000 women over nearly 11 years. Watching students who sometimes have never seen and are “totally afraid” of handguns transition to wanting to attain a concealed carry permit is a highlight, she said.

“You can see that light bulb kind of come on when you start talking about becoming more aware of situations,” Brian said.

Brian’s family has lived in Winnsboro, and some relatives are still live there, she said.

“It’s small,” she said, “but it’s got that small-town feel to it, so I’m excited to meet new people, get in the community and interact — which I still love Longview and will still come back here, too.”