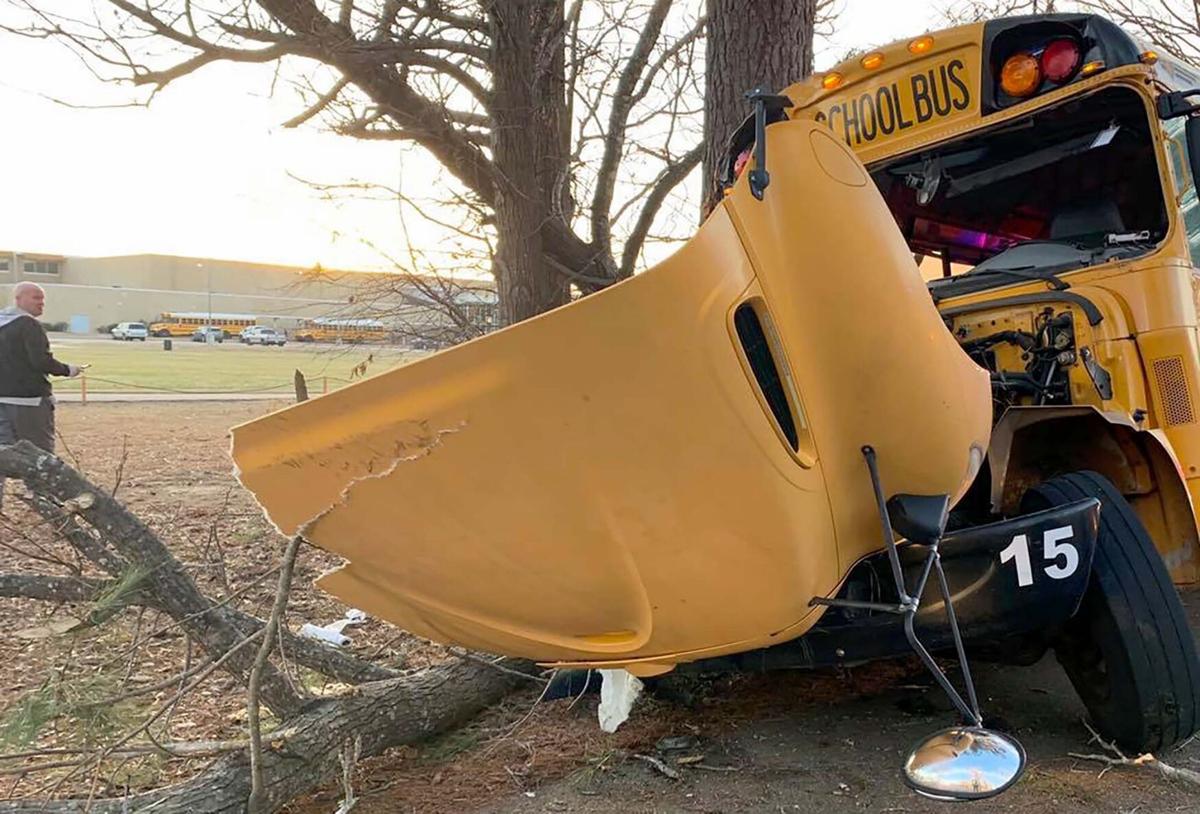 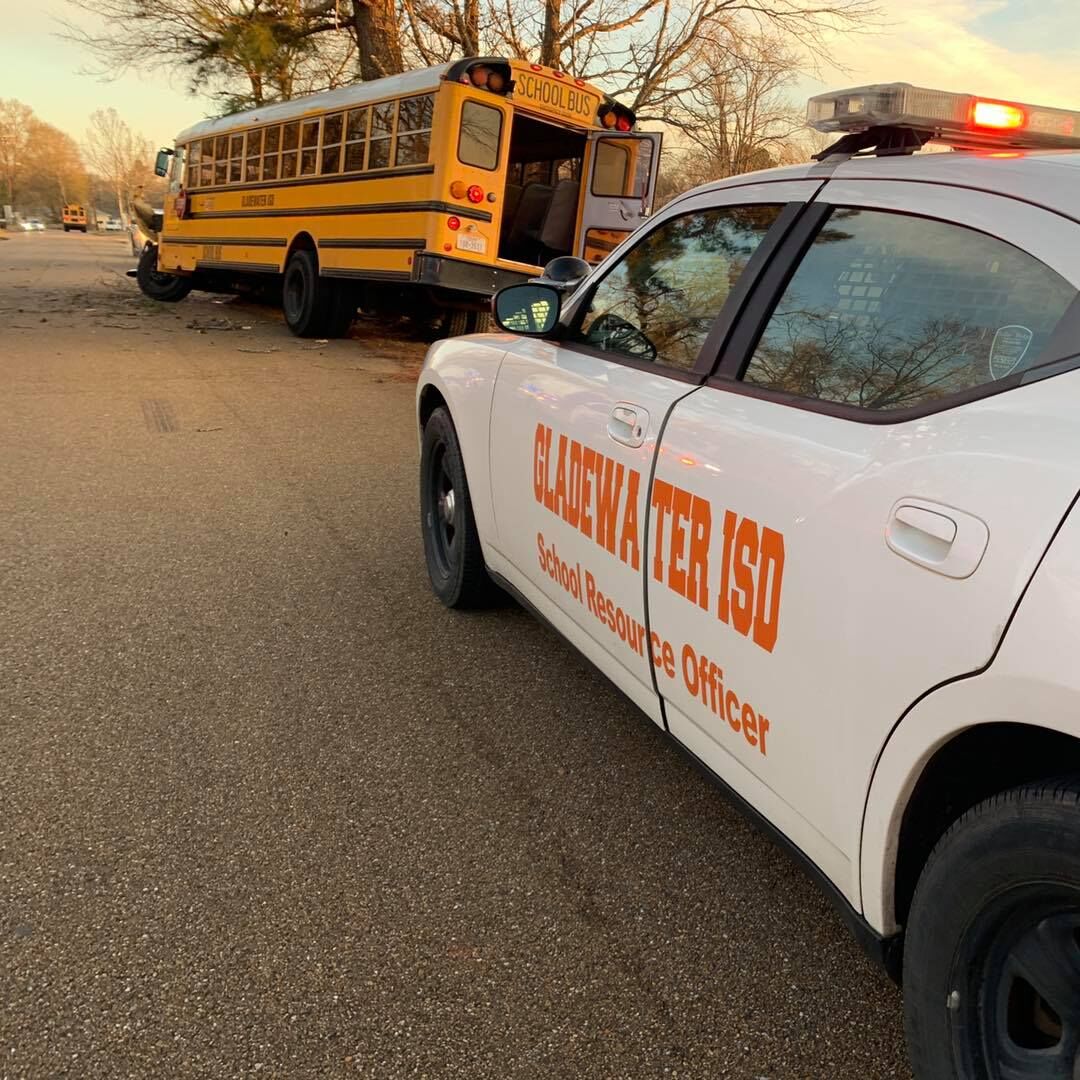 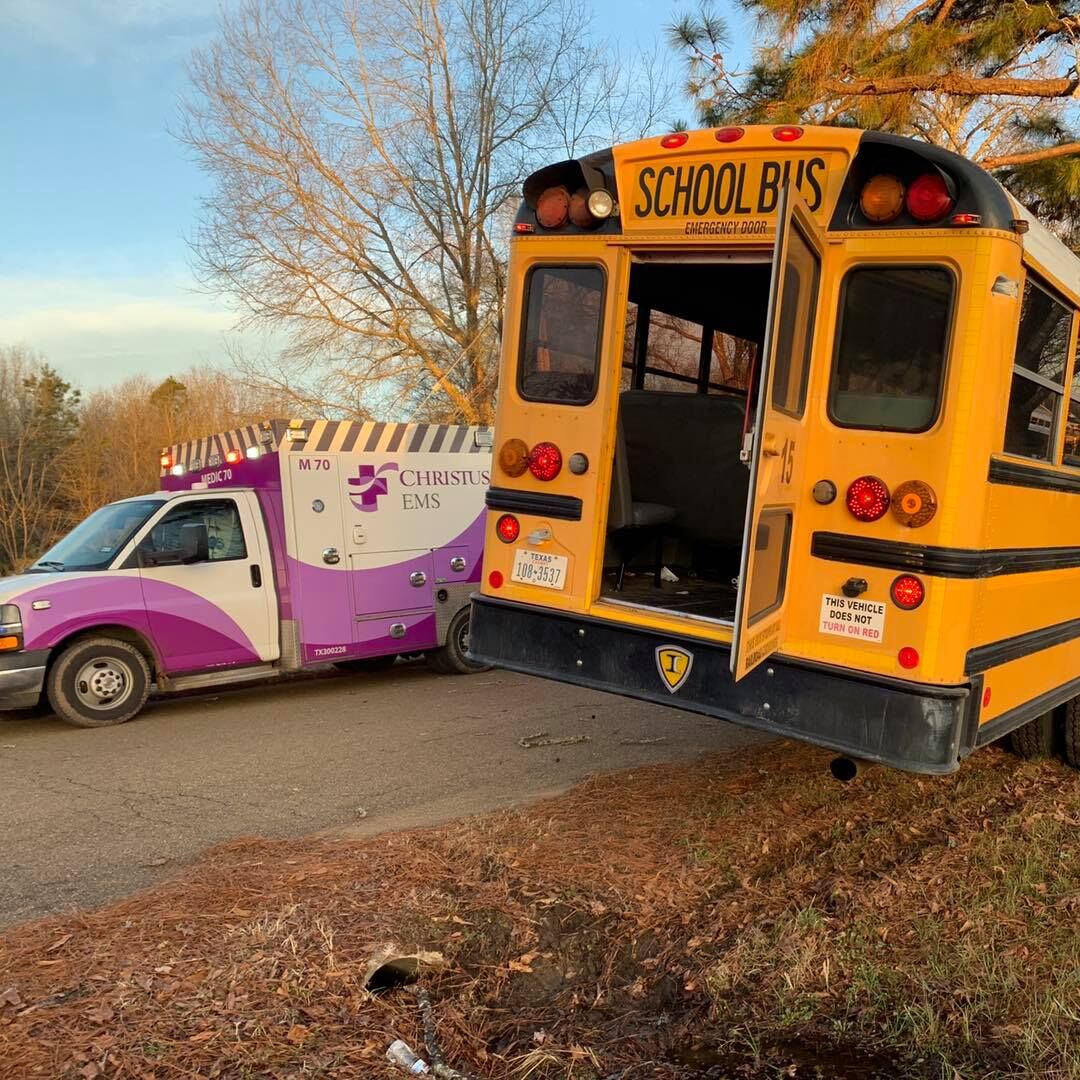 Three students were taken to a local hospital to be checked Thursday morning after a Gladewater ISD bus struck a tree, according to Superintendent Sedric Clark.

Gladewater Fire Capt. Joel Duraso said the call for the crash came in at about 7:20 a.m. and that the department responded on Coach Cooksey Street with one fire engine and three ambulances.

“When we got on scene, everyone was off the bus, and we were assisting kids and the driver,” Duraso said. “There were a few minor injuries, nothing serious.”

He said he was unsure of what caused the crash. He saw one student transported with minor injuries.

“Some of the kids, I believe, they had taken into the gym to keep them warm, take a look and get a count on everybody,” Duraso said.

Clark said there were several minor injuries and that three students were taken to a local hospital. The bus, he said, had its usual number of students on board and was about to turn into the middle school.

He said the injuries did not seem to be severe.

“I'm grateful for the work of our employees who took care of and consoled students and parents,” Clark said.