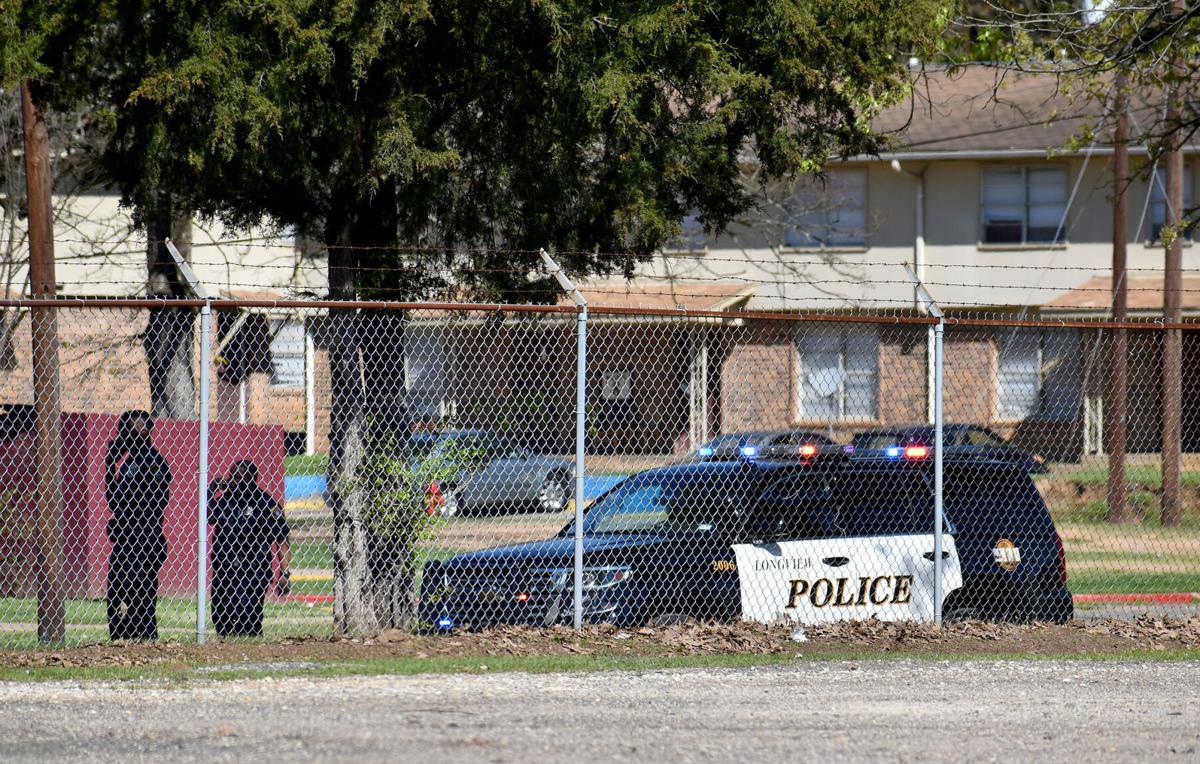 Longview police on Monday morning investigate after a shooting at Belaire Manor Apartments. 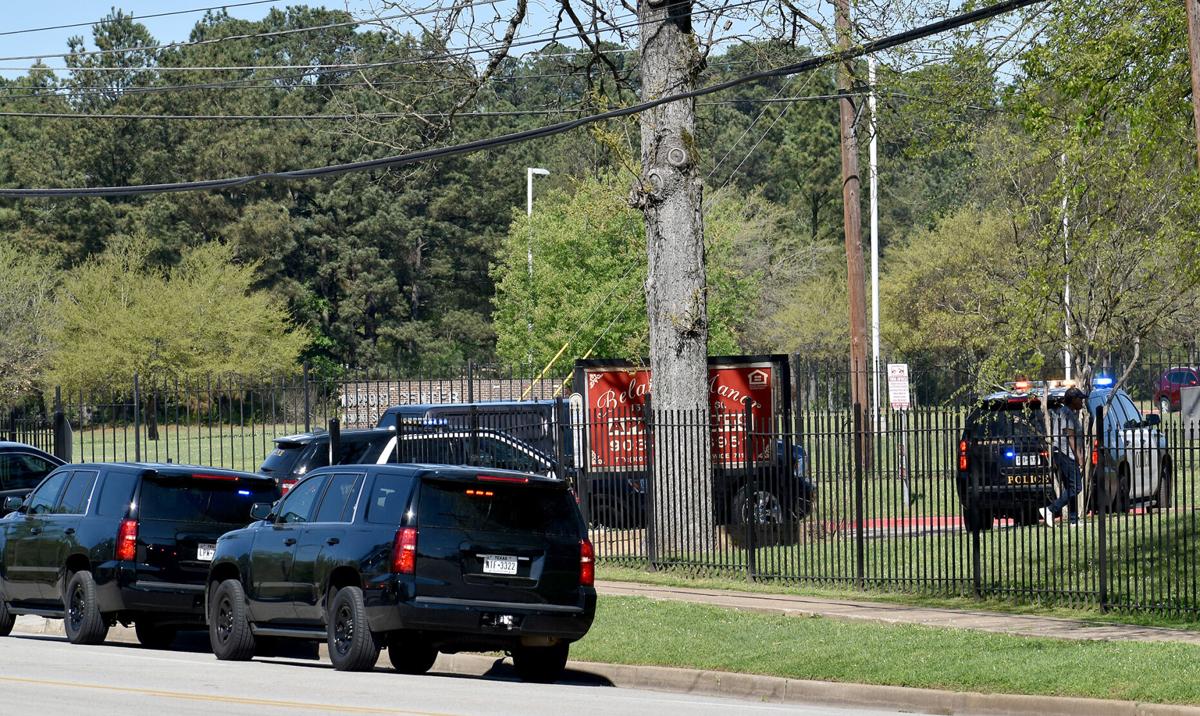 Longview police on Monday morning investigating after a shooting at Belaire Manor Apartments.

Longview police on Monday morning investigate after a shooting at Belaire Manor Apartments.

Longview police on Monday morning investigating after a shooting at Belaire Manor Apartments.

Longview police on Monday were investigating after a shooting sent one man to the hospital and forced lockdowns at several Longview ISD campuses.

Officers responded at 10:24 a.m. to a call for a “shooting just occurred” at Belaire Manor Apartments in the 1500 block of Young Street, according to Longview police. Upon arrival, officers found a man with a gunshot wound who was taken to a local hospital in stable condition.

“Longview Police Detectives are actively working on the case to determine what happened,” police said in a statement.

Longview police spokesman Brandon Thornton said late Monday morning that no one had been taken into custody in connection with the shooting. Thornton advised people to stay clear of the area.

Longview ISD reported the district’s administration went into lockdown after police responded to a report of an “active shooter” at a nearby apartment complex.

“At approximately 10:30 a.m. this morning, Longview Police were dispatched in response to a report of an active shooter at an apartment complex adjacent to the LISD Education Support Center at 1301 E. Young Street,” the district posted at 10:53 a.m. Monday on its Facebook page.

The district said the administration building “immediately went into lockdown as police responded to the incident.”

A call from Longview ISD to parents said Hudson PEP Elementary School, Foster Middle School and the district’s transportation office were also on lockdown. The lockdown lasted about an hour.

Several hours after a shooting in the Longview neighborhood, parents on Monday afternoon were meeting their children who were running from the school bus stop at the entrance to the apartment complex.

Down the street, residents sat in lawn chairs talking on their porches. Two men had drinks and listened to music coming out of a parked SUV with its windows rolled down.

One woman talking from her window said she heard the gunshots earlier in the day and said she hears similar sounds frequently in the area.

She did not wish to be named and was unsure of what happened but pointed in the direction from which she heard the shots, toward the back of the complex.

“I mind my business, and I hope others mind theirs,” she said.

A man, who did not wish to be named, said the area in front of his vehicle was taped off by police. The man pointed to a spot in front of his SUV, backed into a parking space by a building closer to Young Street. He said there was a pool of blood by his vehicle and that it had been cleaned up.

Another man who was sitting outside with him said he was eating breakfast when he heard the shots being fired, which he said was not abnormal.

Anyone with information about the incident is urged to contact the Longview Police Department at (903) 237-1199. Anonymous tips may be given to Gregg County Crime Stoppers at (903) 236-7867 or online at greggcountycrimestoppers.org .